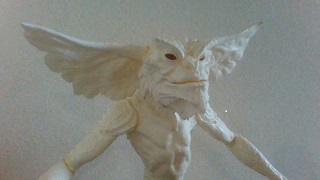 Grew up in a small town in Wisconsin wish it was cali I road huffy's  up to 1985 I saw a awesome bike some were and some one doing some tricks I was hooked. I went to a bike shop saw some cool bikes .Had to save my money for two years finally in 1987 I bought my kuwahara magician  .I picked that bike out because it was the lightest bike of all the bikes that I was looking at because of the huffy's were so darn heavy just could not do tricks on them. Last huffy was a sigma thought that was soo cool but brakes did not work and heavy. Very short lived .Then the Kuwahara I could table top picnic tables bunny hop crazy high then the tricks the only tricks that I did  were in the freestyle magazine's  or on the RAD movie. That was the down side of a small town had to teach my self . I did a photo shoot my junior year of high school made the year book doing a cherry picker super rad .1990 that was the last of my ridding  driving took over. Love everything from the 80's Bikes,toys,movies,cars,