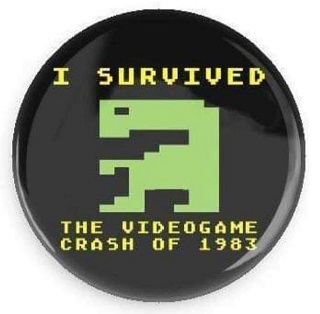 Been a member since 2011 but an outdoor lifestyle kept me active running, riding and some racing the last couple of decades. I didn't do much buying or selling here but have locally and during my travels around the country. I'm a little slower and wider due to some injuries but that seems to be a common theme for guys my age. It's all good, so it's now time to have some fun restoring and building some of the BMX machines from my early days.

I grew up in the age of BMX riders, Stu Thompson, Jeff Bottema, Perry Kramer, Jeff Kosmala, Tinker Juarez and many more. Was a fan of other professionals like, Roger Staubach, Tony Dorsett, AJ Foyt, Mario Andretti and of course daredevil Evil Kenevil. Watching that dude fly over cars and crash then bounce off the pavement like a rag doll was just horrific! But he just kept coming back for more! That guy was a hero to all of us back then. We listened to rock bands, KISS, Cheap Trick, The Cars, AC\DC, Rush, Van Halen and Queen. We hung out in malls with huge video game arcades or rode our bikes over to the local Papa John's Pizza and 7-11 to spend hours playing video games such as, Asteroids, Pac-Man, Galaga, Space Invaders, Defender, Donkey Kong and Pinball. Man that was a lot of quarters! We grew up with BMA and BMX Plus, the Atari 2600, comics, roller skating and skateboarding. We went swimming at the neighborhood YMCA pool during the summer, made trash can ramps and rode across town to the BMX track located at 12th St Park. Now that was a haul on a BMX bike! And there was that movie, it changed our lives. Star Wars! Like it or not, it was and has been an epic ride and it's still here with us today.

I purchased my first Mongoose in the summer of 1979 from Al's Bicycles in Moore, Oklahoma. It was blue with Motomags and had the Tange pinch chrome forks. When you walked into that store, you were surrounded by bicycle brands to the likes of, Cook Bros, Redline, Robinson, Kuwahara, SE Racing, Race Inc., Webco, Takara and Mongoose. You could spend hours bugging Alan Webb (aka AL) and dreaming about all of the bikes, frames, parts and accessories in that magical store. Oh and can't leave out all of the prism and foil stickers we bought, because that's all we could afford most of the time.

I spent the summer riding that heavy gusseted Mongoose every day with my buddies, that had also purchased their bicycles from the same Al's Bicycle store. Of course, I spent every dime of my allowance upgrading that same bicycle for the next couple of years. It was a fun time to be a kid growing up in a town like Moore. The late 70's and 80's were and still a very special time for me and many of you guys and gals as well.

You wouldn't believe it but Oklahoma was one of the fist real BMX tracks in the country. Many of the early greats came to Shawnee, OK., to race here in the mid 70's.

I worked in the bicycle industry close to 20 years and I still ride bicycles today, BMX, Road, MTB's and hope I can continue riding until the day I kick that bucket. Thank you Skip Hess for starting a brand, a company that would carve the path I'm still riding today. So remember, keep the rubber side down and enjoy the ride! Peace brothers!

**Added** Oklahoma is continuing it's BMX tradition and will be the new home of USA BMX and the BMX Hall of Fame - https://www.usabmx.com/site/postings/1723