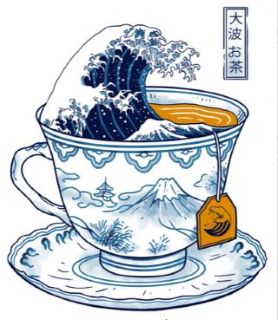 I'm a 50-something British BMXer now living, riding and racing in Japan!

My route into BMX was the Raleigh Grifter, an iconic British bike which I rode in the late 70s. I got into BMX proper in or about 1981, cemented by the famous chase scene in ET. I started off buying magazines then picked up an old Cycle Pro frameset with a mish-mash of secondhand parts. Thereafter was a familiar story of constant swapping and upgrading of parts as and when they broke and/or finances allowed. The Cycle Pro was replaced by a second or third-hand Redline frameset (can’t remember the model now but it was white!) on which I did a rattlecan spray job and cracked the fork dropouts! Next up was a white CW California Freestyler, which I bought secondhand as freestyling really started to take a hold in the UK. Although it was a nice bike, I preferred the lines and ride of a racer, so I ended up selling it and buying my first new frameset - a VDC-made Trident – the nearest I was ever going to get to one of my dream bikes – a VDC Changa! I bought the Trident in the mid-80s from Hot Wheels, a shop down on the south coast of England which carried a cool range of framesets including VDCs, CWs and Pattersons, all of which I wanted but couldn't afford. I carried the Trident home on the bus and put the stickers on myself. I then built it up with various parts including the white Tuff IIs and opc set-up from the CW, the unknown, nickel-plated bars that were on the Cycle Pro and a new Kashimax Aero which I’d picked up along the way. The bike more or less stayed that way from then through the 90s before being put into storage in or about 2004. There are some pictures of it in my bikes below.

With the Trident in storage and me teaching abroad, I started looking for an old school, daily rider and finally pulled the trigger on an ’87 Haro Group 1 RS3 in 2011, bought on here and shipped over from the States to Japan. Not the highest-spec Haro but I loved the combination of the classic Haro blue colour scheme with the lines of a racer. More photos below.

When I first moved to Japan in 2009 I had dreams of finding an old, abandoned Kuwahara especially another dream bike - the Laserlite! However, those dreams didn't materialize, so I did the next best thing and bought one, again from the Museum, which was still worth doing despite the additional hassle and expense of shipping. So now I’ve finally got my dream rider over here (although it’s still not completely finished – are they ever!?) and my bitd bike (the Trident) back in England. The original idea was to build up and keep one or both of these bikes because who really needs more than 2 BMX?! But as many of you know, that’s the start of a slippery road which led to me buying the other bikes listed below, some of which have now been sold on, but the Laserlite remains. Since then I have also made a return to racing, entering the brave new world of new school BMX on a 2011 Crupi, which I love, though that hasn’t stopped me from building/picking up a couple more race bikes including the (in)famous GT UB2! So, some 40 years down the line, I'm still living and breathing BMX which includes checking out the Museum on a daily basis. It's an addiction, but if you're reading this then you already know that!! 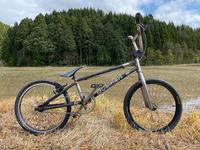 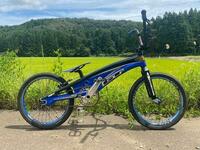