Grew up in Grand Rapids MI. We built bikes into BMXers in 1971-2 to mimic the motocrossers of the time, Roger DeCoster, Malcom Smith etc... when we discovered it was a thing in SoCal. No internet then, so word of mouth and the dirtbike mags where we heard about it until bmx mags started publishing. I had a used Schwinn junior stingray in 1969 or 70 and took off the banana seat, chain guard and fenders. With some help, welded bent Kawasaki dirt bike bars to an old stem, added a 10 speed seat and knobby in the back. We spent saturdays and after school in an empty field where we built jumps cause Evil Knievel was a thing then too. I was the wheelie champ of the neighborhood... glory days LOL. After a 43 year hiatus (mostly) from bicycles, I got into mountain biking. Built a couple bikes and now caught up in the old Bmxers, mid school Haros and ?.  The red 72 Schwinn is a tribute to what I rode until able to drive in 1977 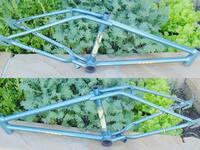 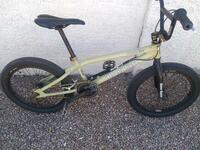