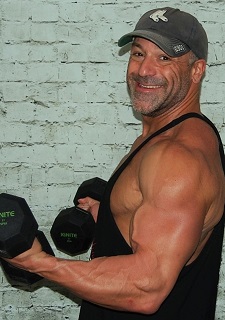 Started riding with a Huffy in 1983, first grade... My folks split in '87 when I was in fifth grade. My mom and I moved into a trailer park and I was at my dad's on weekends...  One day, 'RAD' was the 'movie of the day' at the babysitters... I remember being blown away by BMX bikes that didn't have a coaster brake! I had to have a bike from a bike shop!

I got my first "bike shop bike", a blue Dyno Detour, in 1987 and then as I got better, my folks got me a Redline RL20-B in 1988, both from Tim Farmer's S&W Sports in Concord, NH... blessed enough to experience "the Pipeline" before we lost it back around1988 (my sister lives out in Cali in a trailer park so big its basically its own town lol, I spent summers going up and down the West Coast) and lucky enough to have ridden many, many spots from Maine to California... Summer of '89, I won some mini halfpipe contest in... Visalia? I remember there being skateboards too and that was weird to me because where I lived in New Hampshire, there was tension between bmx and skate... I won like the 10-12 year olds class because I didnt bail and I didnt put my feet down! lol They gave me a white skateboard deck and Im looking for it currently at my moms house

I got to high school and kids were complete dicks to me. The teachers were no better. My 9th grade history teacher told me Id never amount to anything because I'm from the trailer park. Thanks, lady, you're such an educator. So I started riding my RL20B daily to the gym that opened up a mile away from me... the owner knew what that bike meant to me so I was allowed to keep it behind front desk.

I was featured in several magazines including Muscle & Fitness. FLEX magazine even covered my 30th birthday party, held in Manhattan, as attendees included Mike Katz, a guy who was a father figure to me, but known to the world as "the guy who lost his t-shirt in a movie called 'Pumping Iron' " and through Mike Ive been blessed to be introduced to Lou Ferrigno and the one and only Arnold Schwarzenegger (before and after being governor, while he was governor his body guards would show up early to the contest to prepare and I wouldn't have been allowed anywhere near him! lol)

At the age of 20 I opened up my first sports nutrition store to use as a base to work out of as I pursued bodybuilding, through the years Ive owned 5 nutritional supplement stores and a tanning salon...

Every time I'd burn out on bodybuilding, that whole industry... riding a little street BMX was my "go to" to get my head right... picture a 5'7", 240lb guy banging out rolling walkovers in my plaza's parking lot; people must have thought I was nuts! lol

My main store had a small bike repair shop in the back where I fixed 80's Haros... my dad was a self-employed machinist and he wanted me to take over one day so I was taught his trade starting at a young age... I think I was around 6 when my dad bought me a mini drill press and also a mini lathe... I also know welding and pretty much anything you might find in a machine shop

I was around 10 when I was finally driving a bulldozer with no one in the cab with me!

In May 2012, I saw that Amazon and WalMart were pushing my supplement stores out of business and I realized I needed to act fast, while my stores still could. I learned the ins and outs of stocks and traded from my back room in between customers out front. I sold off my remaining store in May, 2018, 20 years and 3 months after I'd opened up in that plaza as a big mouthed 20 year old kid who had just lost his dad during Christmas, '97.

Now, I just ride... Trading stocks is so chill compared to dealing with angry, testosterone driven maniacs all day! lol
I have my own building to work out of at my buddies car garage, so all day I ride/buy/sell/fix/play with bmx bikes while watching the stock market... my buddy Chris does the same in his building on the property, except his thing is stocks and cars.


Ive got the Range Rover, the Vette, a Harley Sportster Seventy-Two...theyre fun, but youll see me roll up in a rusted out '04 Jeep Cherokee with 195k mi,  the back seats down, a cooler, schnauzer named Jazzie and my Haro Sport in the back... Ive got another Sport, a Master, Detour, Hustler - RL, RL20B, Bully I (aka 'bashguard'), basically all the ones Ive always wanted because they either look cool, or are fun rides for various locations...or the ones I wanted but couldnt afford while growing up in the trailer park...  I dont ride because of bmx contests, I dont do it for money, I dont build parts and frames and restore stuff to be cool... I just... ride. Have an awesome day