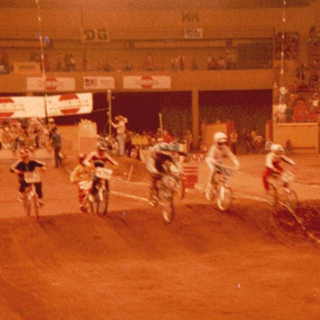 I started collecting old school BMX bikes and parts in May 2019.  I got a late start therefore I had a lot of catching up to do.

In the early 1980s I worked and raced at SouthWest Supercross BMX in Sugarland, Texas (thank you Mr. Nunez for that job). I bought the / CW frame with BMX track vouchers that they would give you if you won a race (top 3 in the race), we had a choice between a trophy or a voucher  for $5, $4 or $3 for 1st, 2nd or 3rd place respectively. I saved them and got some Profile cranks that went to my racing GT bike so these Redline cranks went to this CW frame. All my replaced parts from my race bike went to this one. I raced a few times a week (I was #9 in ABA Tex 3, before that #10 , #116 and I forgot the rest). I worked at the bmx track , picking up trash, building tabletops, burms , watering the track, working the gate (Riders Ready, watch the lights...), shaking the dice to give rides their lanes, and the hardest of the jobs "covering the tracks" with sheets of plastic to prevent rain damage between races), in return I got to race for free (talk about child labor!). Since it was free, I got to race my class (13x, 14x, 15x and 16x) and open class and later in the cruiser class.  So this CW was mine from the 80s. I don't know how my mom kept it for so many years, as they moved from Houston to Manchester, England to the Middle East and back to the USA , now in Nor Cal. Therefore it went with them on each move , all over the world. I got it back from them only a few years ago now in 2011. My GT that I raced, got lost in while I lived in England for 4 years. I might have sold the GT in 1991 for 50 UK pounds (approx $75), but I don't remember.  I raced all these parts on my GT until I retired them  to this thrasher in the early 80s . The only parts that are not from my racing days are the hubs, brakes and stem. When I got this bike back from my mom's house, the Tuf Neck was absolutely corroded onto the frame. I had to hammer it out, it took over a week, I started lightly and finally I had to get a blow torch on it, and hammered it out. And that almost wasn't enough, but it came out in the end. Now there is lots of play in the head tube, but my 7 y.o and I still ride it anyway. I had the frame and forks re-chromed about 8 years ago in 2011.

Oh yeah, I forgot, another perk of working at SouthWest Supercross, was that I got free sodas and nachos.  I am still amazed how we would drink Coke between races when we were thirsty (rarely was it water). 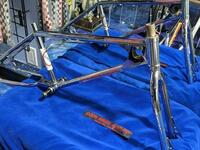 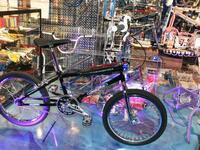 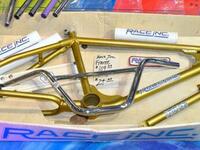 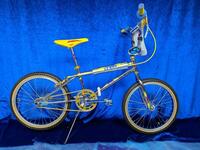 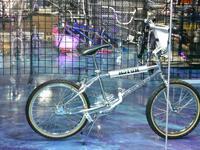 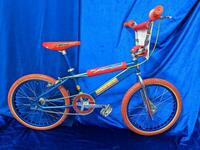 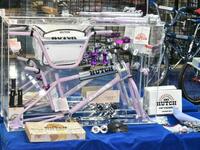 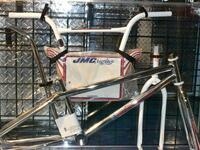 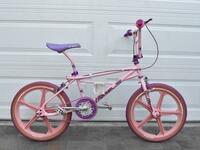 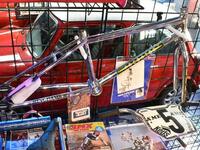