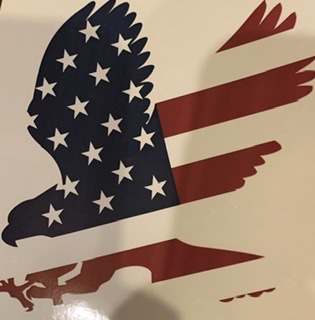 Grew up in late 80’s and 90’s. Taught myself to ride at 3. At 5 I got What I now know to be a Huffy Sigma. It was red and had plastic wheel covers and I loved it. That bike was stolen and I was heart broken. I remember my dad taking me to some police impound warehouse filled with bicycles. I walked every else looking for MY bike. The officer with us said, well if you don’t see yours and see something else you’d like that’s ok. I told him I didn’t like any, I just wanted mine back.. (What I’d give to have that chance again. Every make and model of BMX, freestyle, you name it)
That Christmas I got an Orange Diamond Back viper. It was really cool. But I was disappointed it wasn’t like my other one. So my parents said my older brother could have it and I could buy what I wanted. Took me shopping. Ended up getting g a Raleigh 5speed 20” MTB. Thought that was cool for a while cuz it had gears. Well, I loved dirt bikes and desperately wanted one. This led me to a movie (I think the dirt bike kid?) on the previews for it was the trailer for Rad. Which looked awesome. After renting and watching Rad, BMX and dirt bikes became my life. I spent every dollar I made, saved, birthdays, XMas’s buying bikes. First was a Mongoose Villian (maybe 90), then GT performer, Mongoose Expert, GT Freestyle, 96 Auburn CR20RX, and 96 Schwinn PowerGlide was my last. Then it became about cars. Well a couple years back, a friend asked if I could use a bike for one of my sons. It had been in his shop for 20 years and he knew I had boys getting to that age. So he gave me a near perfect Redline 340 (97 ?) for one of my boys. I then decided to look and see if the old bikes were still around or valuable. I was shocked to see 80’s / 90’s BMX bikes worth decent money. So I went to my moms to see what I had left. I knew most had been thrown out years ago. I had not only my bikes, but friends of mines bikes sat there for years and were thrown out with mine. What was left were the  last 2 I got. My Auburn CR20RX and my Schwinn PowerGlide. After some research, I realized my Auburn was still valuable. I cleaned it up a bit, then unfortunately decided to sell it. Not thinking my other boys would be needing bikes soon. I gave the Schwinn to my bro in law (who’s boys are into BMX also) who has since restored it. I now have a 6(almost 7) year old that loves riding, trying wheelies and “jumps” like his cousins. And big brother likes it too. He got the Redline 340. So my 6 year old was given a “Mongoose Bicycle Company Rebel”( ie: pacific cycles) by a client. After a few trips to the tracks, they are hooked. My youngest just turned 4. He doesn’t quite have the confidence to try again after a fall, he is anxiously wanting to get in on the fun. He already has a 16” Schwinn but his feet don’t yet reach front the seat which scares him. I also got him an amazing Specialized RipRock 20” (small frame/ cranks and bars. Just barely bigger than the 16” but lots of room to grow. My 6 year old decided he wanted to be like dad (I told him I used to take brakes off my bikes BITD) so couple days ago, he stripped that bike down of all brakes and components to make it lighter look better. So I began to look for a bike for him for his upcoming birthday. Money is always tight, so looking used I found a nice newer Haro 200.1 for a good price. I kept trying to meet up, but was having a hard time getting him to respond. As I waited I saw another bike pop up for sale. I messaged immediately and he responded. When we met I recognized the bike right off the bat. My friend had one back in 94 / 95 (94 or 95 Haro group 1 Race) which was cool, but not really what I wAnted for my son. When I told the guy it probably wasn’t what I was looking for, he said make an offer. I got it for $60. The next morning, the other guy came and met me and I bought the newer one too. Since I have picked up a couple others, a Redline mini and Haro 300.2 (Which I’m building for my 9 year old)
I loved BMX as a kid, and its cool that my passion has been adopted by my boys. 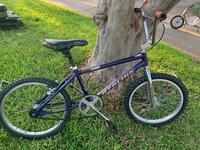 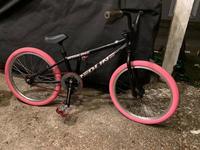 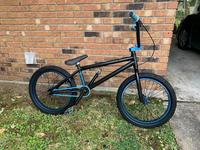 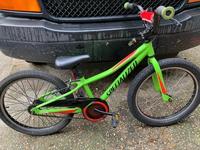