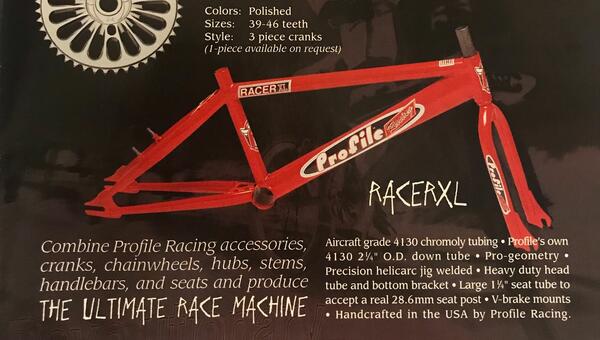 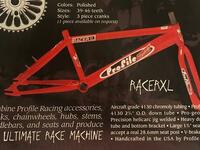 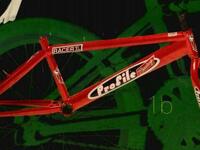 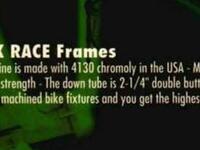 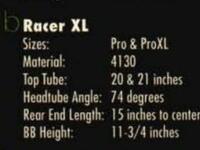 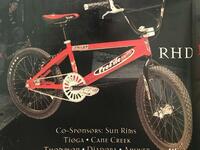 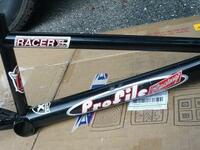 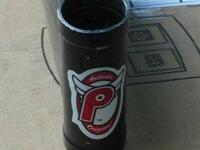 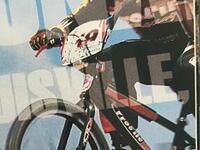 Sources for this Reference Page:

Were these frames actually made in-house at Profile Racing's production building in St. Petersburg, FL?  According to Profile's Legacy Week 31, which covered new products for the 1999 year, Dave Robichaux was hired by Profile to be their full-time welder and to to handle Profile's ramping up of frame and fork production.  According to that page, which was aired on 8/16/2018 and written by team Profile, Robichaux propelled Profile back into a short lived, three year period of frame production (i.e., 1999, 2000, and 2001).  During this time, Profile was belting out half a dozen frames per day, but were these only SS frames, or did Profile also make the Racer frames in Florida?

From Profile's Legacy Week 33, it makes it clear that Dave Robichaux and team were making Profile's "3rd generation of race frames" (behind the 1980's Champ Pro and 1990's X-File) in 2001.  Unfortunately, Dave tragically lost his life in a paragliding accident during the winter of 2002 (maybe January or February 2002?), so to honor his time, input, and sweat equity, Profile Racing ended their in-house frame and fork manufacturing after Dave passed.  However, by looking at Profile's 2005 catalog, you can tell that the Racer had slightly been re-designed (with a different head tube).

According to Steve Garn at Brew Bikes, he also produced these frame and fork sets, so the question is when did Brew start producing Profile "Racer" frames (starting in early 2002?) and did Brew originally supply Profile with frame parts (i.e., the Brew styled chain stays) and then assume full production after Dave Robichaux's passing?  Also, when did Brew stop frame production, how many Profile Racer frames did Brew Make, and when did they star using the re-designed (sleeker) headtubes that are found of the 2004 Profile BMX Racer frames?