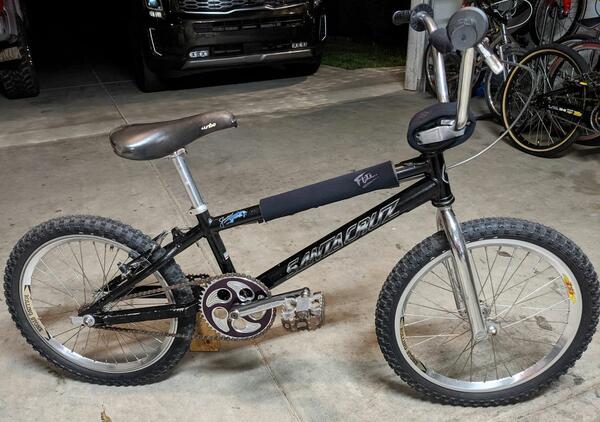 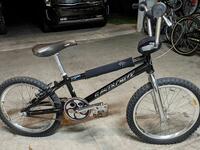 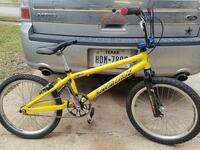 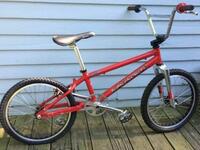 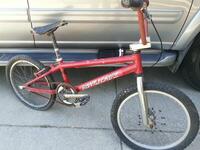 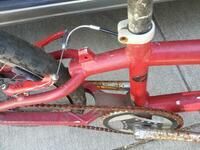 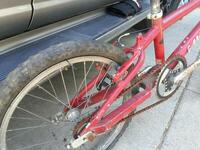 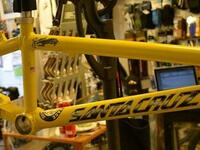 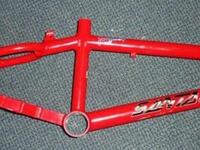 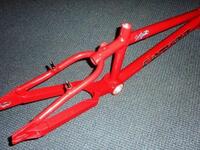 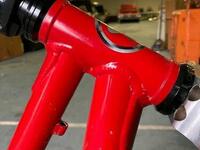 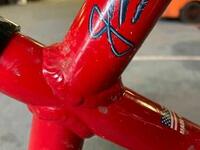 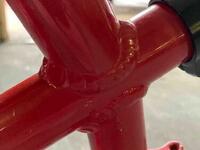 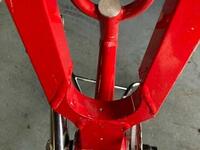 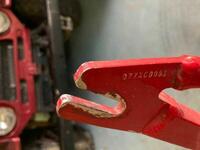 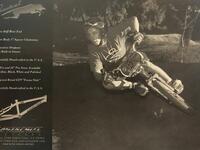 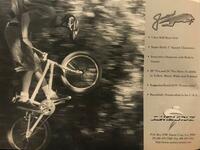 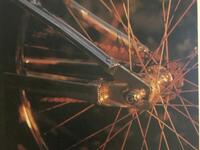 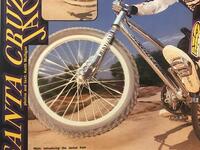 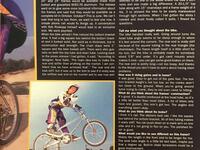 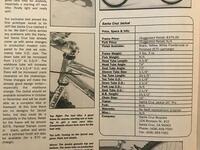 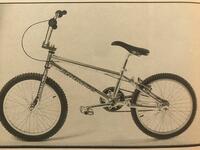 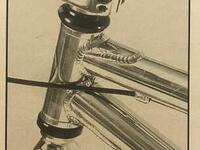 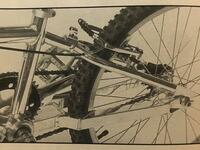 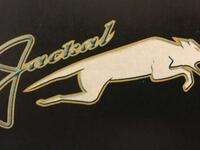 Sources for this Reference Page:

"Santa Cruz Bicycles to Introduce BMX Frames," was the heading on the press release that I received.  Add another company to the growing list of mountain bike manufacturer's entering the world of BMX.  Things like this are good because it brings in new designs and ideas to BMX frame building.  We can already thank the mountain bike world for helping make cantilever brakes, oversized head tubes and Aheadsets (amongst other things) possible for BMX.  It would be interesting to see what Santa Cruz would have to offer.  Besides it being a mountain bike company, it's headed by a former pro skater, Rob Roskopp.  This could be an interesting combination.  The press release went on to say that both 20" and 24" frames would be available, made from butted and gusseted 6061-T6 aluminum.  The  release went on to give some more technical information about the frames and said that they would be available as a complete kit in October.  October?  This is June.  We can't wait that long to see them, we want to test one now.  A simple phone call would fix things up.  A conversation with Rob Roskopp himself would lead to an exclusive test.  We were psyched.

When the bike arrived I first noticed the bottom bracket area.  It had a big square box behind the bottom bracket and it looked solid.  Not solid as in thickness, but in construction and strength.  The chain stays were 1" square and the bike looked stiff.  There were also gussets on both the top tube and down tube.  Looking back to the press release I had gotten, it said, "According to designer, Neal Saiki, 'The main idea was to make the rear end stiffer than anything on the market.  I am confident that we have achieved that'."  The rear end did look stiff, but it was up to the test to see if it really was the stiffest rear end on the market and to see how well the bike rode.  I picked up SNAP Test Lab rider Scott Yoquelet and we brought the bike to Whittier BMX.  Frosty (Whittier's track operator) was stocked that we were doing the test at his track.  Scott was stoked on the bike.  It was built up with good components like S&M bars, GT three-piece cranks, and Shimano V-brakes.  This was good because he wouldn't have to worry about everything falling apart--he could concentrate on the frame when riding.  And ride it he did.  Scott took more laps around the track then could have been counted--forwards and backwards.  It was sweltering hot and yet he rode it for hours.  I shot photos and watched carefully every time he went through the rhythm sections.  This seemed to be one of the areas where the bike's stiffness and size made a big difference.  A 20-1/5" top tube along with a 15" chainstays and a frame weigh of 4 lbs, 3 oz allowed the bike to be easily maneuvered through tight sections.  When I had gotten the shots I needed and Scott finally called it quits, I flowed the questions.

Tell me what you thought about the bike.
The bike handled really well.  Going around turns the head tube angle seemed to be steep enough to where it's fast around the corners.  The rear end is really stiff because of the square tubing in the rear triangle (the chianstays).  The frame length itself is a little short for my size, but the bike is probably made for somebody about 5'8" and under.  It's got canti mounts which makes it nice--you can get some good brakes on there.  The rear end is pretty long--not too loopy.  And thanks to the Ahead you don't have to worry about having stem problems.

How was it doing gates and in turns?
It was good.  Easy to get out of the gate fast.  The bottom bracket height's not too low, so the cranks aren't too close to the ground.  When you're going around turns trying to crank, they're not even close to hitting.

What do you think about the frames' construction?
I think it's rad.  The stickers look rad. I like the square box behind the bottom bracket.  All of this tubing makes it really stiff.  You can push down on a crank arm on one side and it's not going to flex on you.  The polished finish is good.

What would you like to see different on this frame?
Mainly the length in the front end to be longer for me.  The seat tube angle is a little bit laid back, maybe put that a degree up.  Built-in chain tensioners could be a good improvement.

Where do you think weaknesses are in the frame?
Maybe behind the gussets.  Aluminum frames are always weak there.  Overall the bike looks like it has good welds and reinforcements where it needs it.

What about the wishbone area?  It looks a little small...
That's a pretty shady tube. (laughter)  The wishbone is a little small and that could be a problem.  That could snap or crack eventually after some wear and tear and abuse. (Editor's note: Santa Cruz has already changed this tube for production bikes.  It will increase from 1" to 1-1/4".)

Dropouts?
They look pretty good.  You've got room to move around and place your wheel were you want.  They're fairly thick solid aluminum--if anything they might pinch.

How about the weight?
It's fairly light.  With the beefy components that it's built up with it's still pretty light.  That's good.

Final comments?
I think it would be a really good race bike for anybody, especially a starting off race bike.  Really light and really stiff.

Our exclusive test proved the first prototype Jackal to be stiff like Santa Cruz claimed it to be.  We didn't come across any problems with the frame, but Santa Cruz has already come up with some changes in production models compared to the one we rode, mainly tube O.D. size.  The down tube will be increased from 1-1/2" to 1-3/4".  The wishbone tube will increase from 1" to a 1-1/4" O.D. and there will be increased crank clearance on the chainstays.  These changes will make the already good design better--especially the wishbone change.  The Jackal should be available sometime in October or November and will be available as a complete bike or frameset.  At this time there are no designs for Jackal forks, but they could be a possibility in the future.  Retail for the frame will be around $379.  Painted frames come in black, yellow and white and a polished finish will also be available (for a $70 up charge).

Hey that's my bike! Thanks for posting up the article.