The first Speed Unlimited shop Sam Sr., and Natalie Miller’s home at 45 Jerome Place was the two car garage of Sammy’s (Sam Miller Jr.) parent’s house. Tom Daniels was hired by Sam Sr., to build BMX bicycles having been known to Sammy through chassis-building Race Car Engineering in Alsip IL, SW suburb of Chicago in which Tom had been a partner. Tom's partner was assassinated while walking out of a car parts store on Chicago's South side. The shop was closed down after big legal problems with the late partner's widow, Tom was looking for work. Tom was hired and designed the Thruster BMX frames. Tom had very good chassis/frame engineering skills. Miller Construction had property at 105 Dorsa Ave, Wayne, NJ that was used for a storage and staging area and had a building on it that became the Speed Unlimited factory.
Thruster & Vanishing Point references came from rocket cars that were part of a Rocket Man Inc., corporation jointly owned by Sammy and Ron Vigneri, a rocket engineer, out of Kinnelon NJ (www.vetechnet.com/rocketcar.htm). One Vanishing Point chassis was one that that Tom had produced at Race Car Engineering. The rocket cars and racing achievements were always utilized for the Thruster BMX bike publicity and marketing. All the BMX bike models produced by Speed Unlimited usually featured rocket technology related names.Speed Unlimited had contracts with Hutch and later, Puch, for BMX bike production. Quality control issues and timely production were always an issue at Speed Unlimited. Having Sammy running the company was a problem with him being only minimally available. It was a really disorganized company and always financially stressed. Lee Van Ormer was a New York City entrepreneur and was sold controlling interest in the company. Lee was a good investor but not so much an administrator. The company stayed disorganized and stressed financially. Tom had been seriously electrocuted years before, pre race car shop, while working as a lineman, had been in a contentious divorce, and had all the stress from Speed Unlimited with health effects that were probably the reasons for his fatal heart attack.
Hutch was started by a guy named Richard Hutchins in Maryland. Sometime around 1980 he put his bike ideas into motion and started his own company,  Hutch. Profiledesigned and manufactured the first Hutch frames and Speed Unlimited picked up a contract for some of the Hutch production. Profile became famous for their 3 piece cranks. Later Speed Unlimited (in New Jersey) took over production. Speed Unlimited also were the makers of the Thruster racing bikes. Speed Unlimited was also starting to pile up a lot of Hutch bike frames and forks that had minor chrome flaws. This is where colored Hutch frames came in, to cover the minor flaws so they decided to paint them instead of scrapping them. Ron Vigneri had helped Sammy with numerous activities concerning the bike business including a bike frame design that could be manufactured from four arced chrome-moly tubes that required no jigs to weld the head, bottom bracket, dropouts, and seat tubes to the frame tubes, and the design could be produced in all bike wheel/frame sizes. The Phazer frame design could be built with far less labor and in less time with less equipment than Thruster or its variants. Ron named the bike the Phazer. The first BMX prototype is shown at: www.vetechnet.com/phazer Five Phazer prototypes were built in 1981 at Speed Unlimited to introduce Tom to the new manufacturing process. The Phazer was to be the next Speed Unlimited production BMX model and, if that went well, bigger size models would follow. A production run of 100 was funded by Ron and all were sold directly. A business arrangement could not be worked out between the parties and Ron held the design and still does. Sammy and Ron ended their partnership in court proceedings in
1983. In 1985 Sammy and Henk Vink (both now deceased rocket vehicle racers)
copied the Phazer design and built the bikes in Sweden that were marketed under
the name, “Rocket X-1”, with them claiming to have invented the design. In the
period between, 1983-85, Speed Unlimited floundered and then faded away.
Interesting note: The third Phazer produced (serial number 3) was the first
chromed  production run bike that passed all quality control inspections and is still
in NOS condition has been owned and only demo ridden by Ron over the years
since it was built.

Submitted by GAry (View all 188 posts) 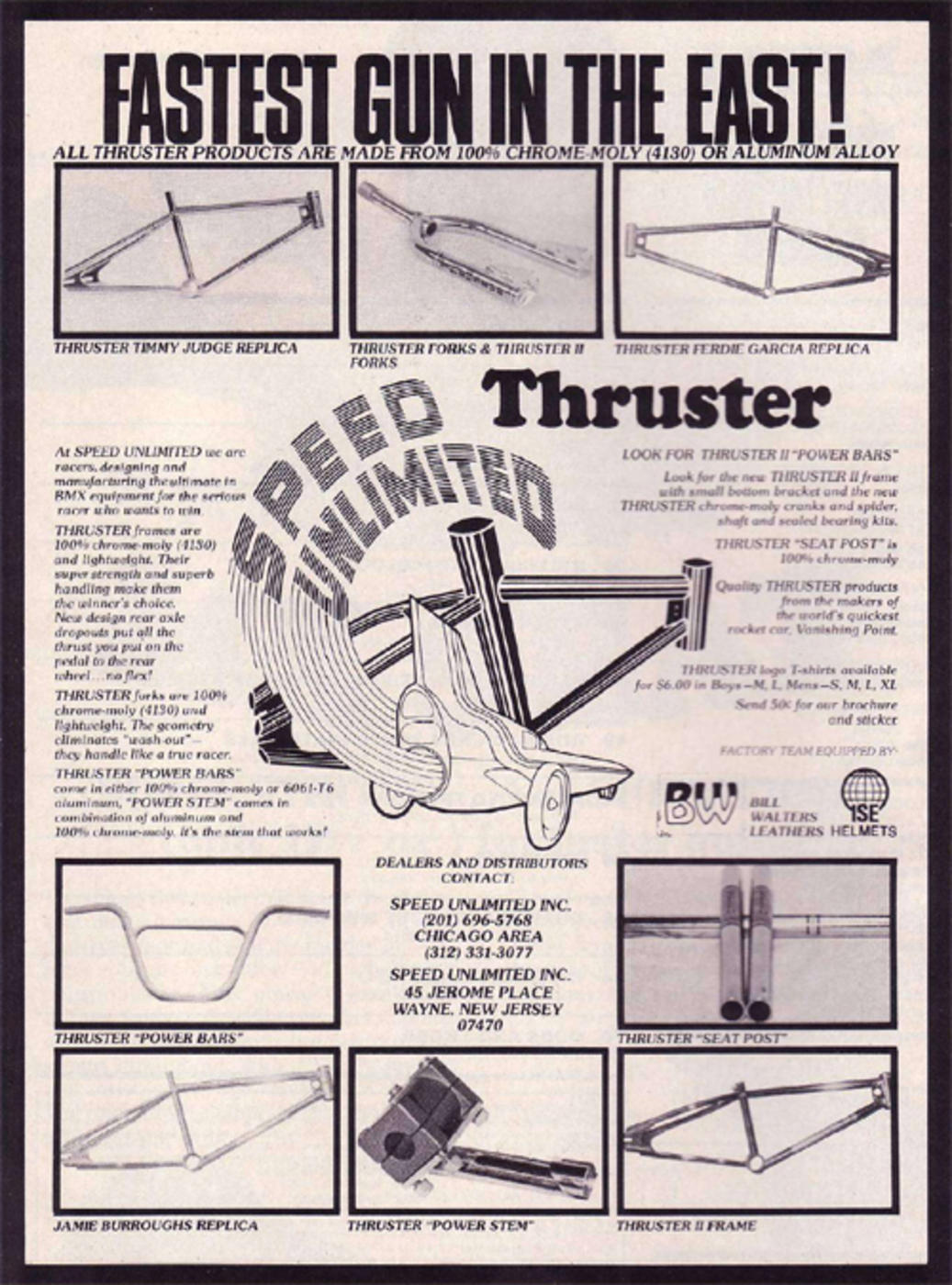 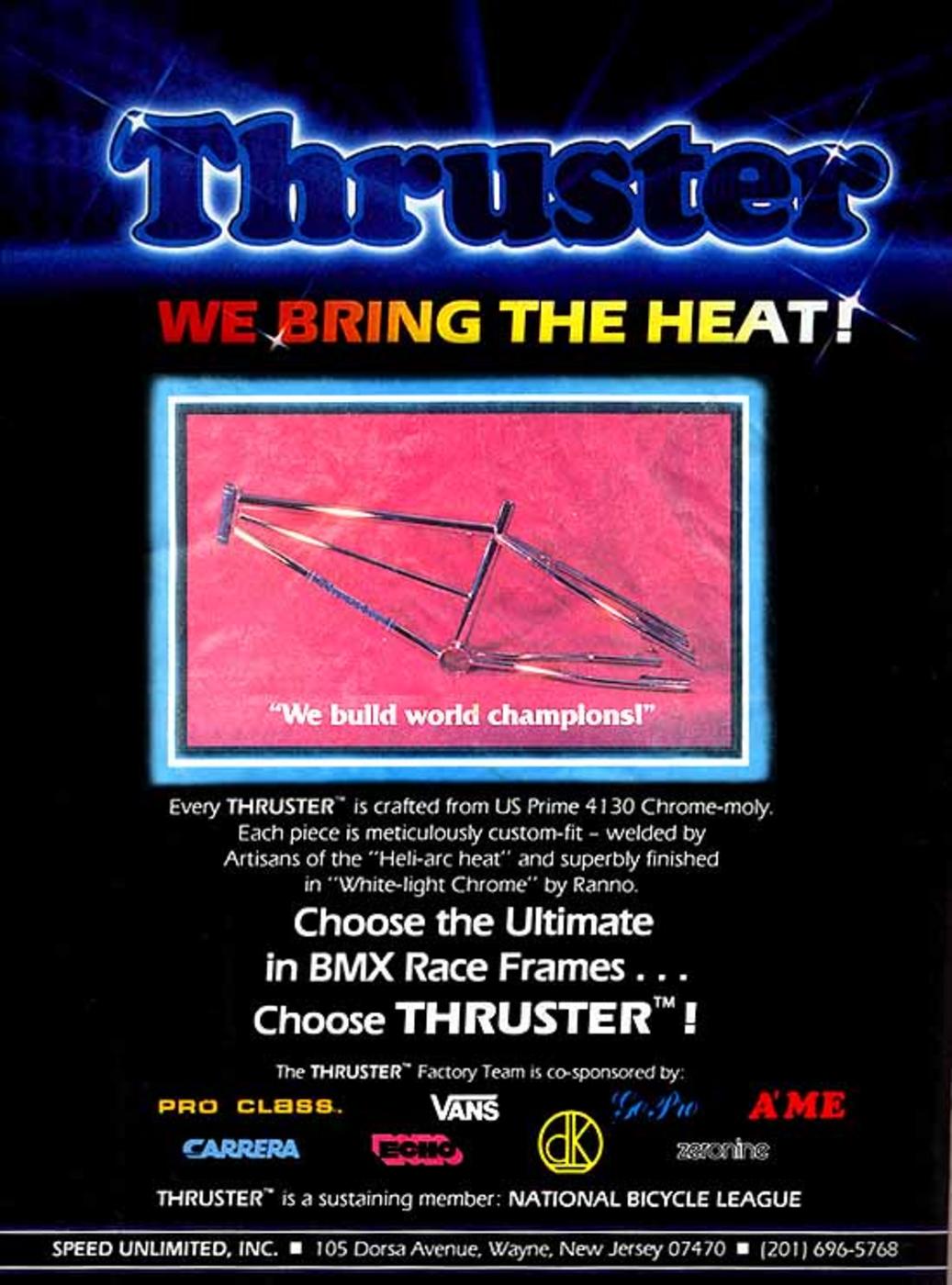 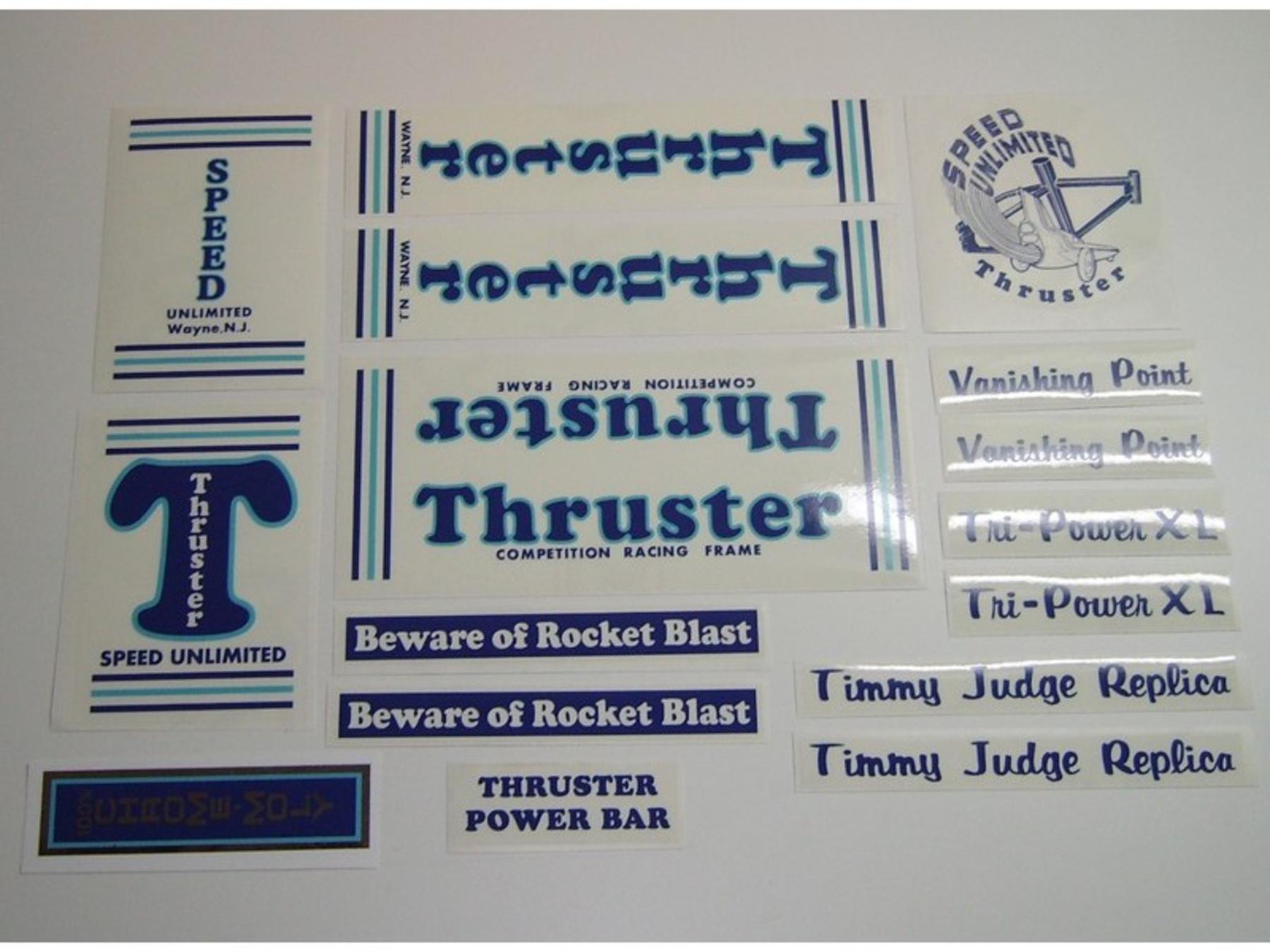 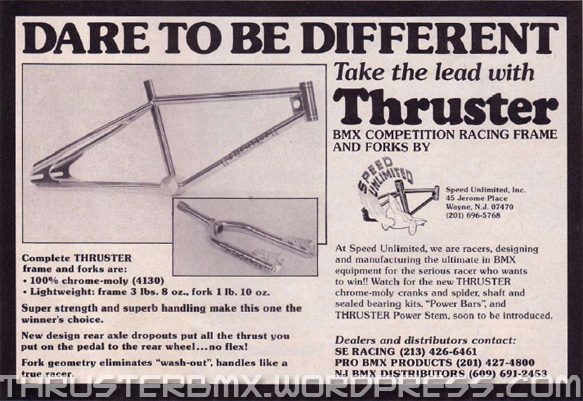 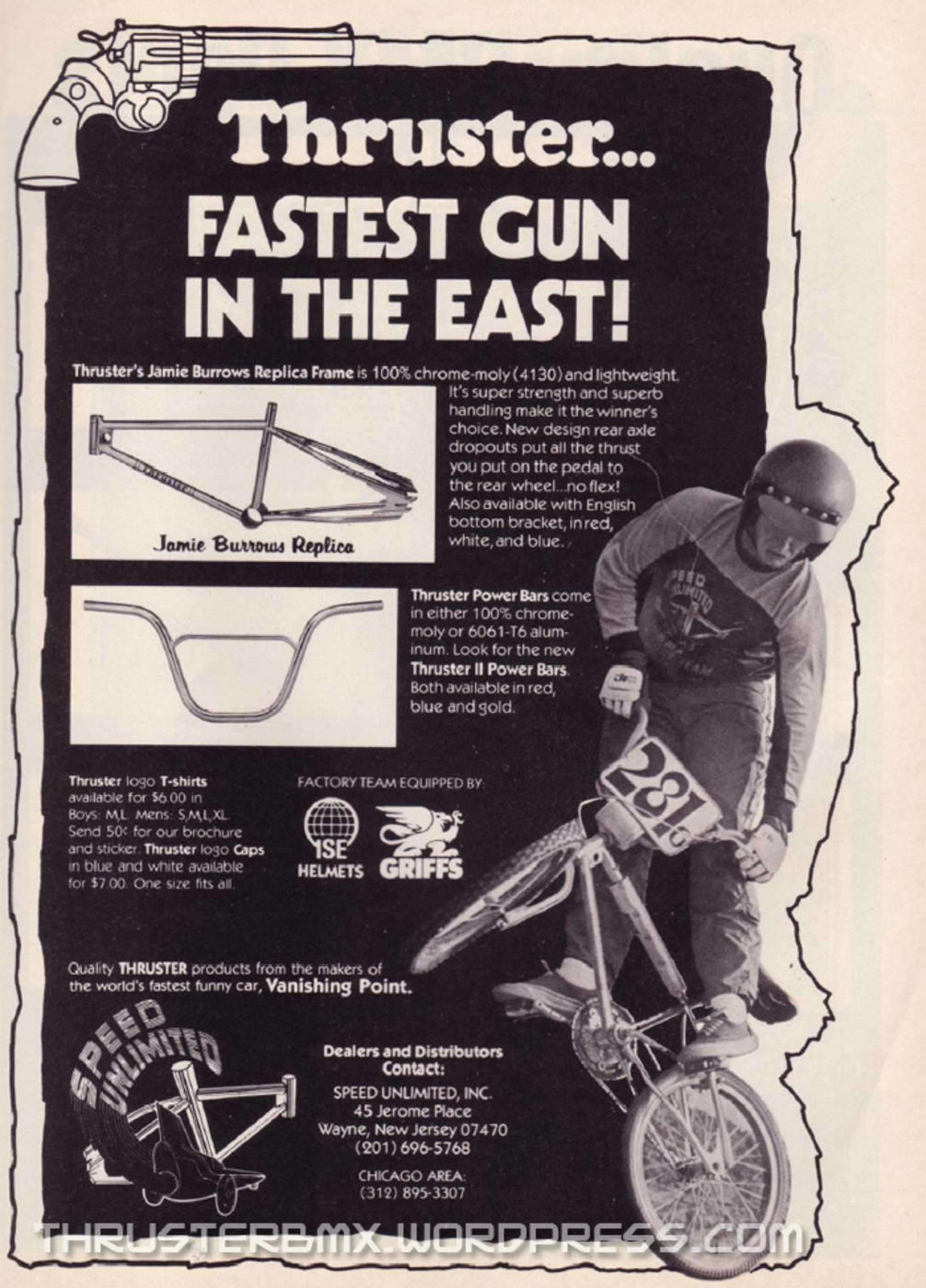 Phazer link should be www.vetechnet.com/phazer.htm

I have a VP and it looks like it had a head badge on? Can this help date it?