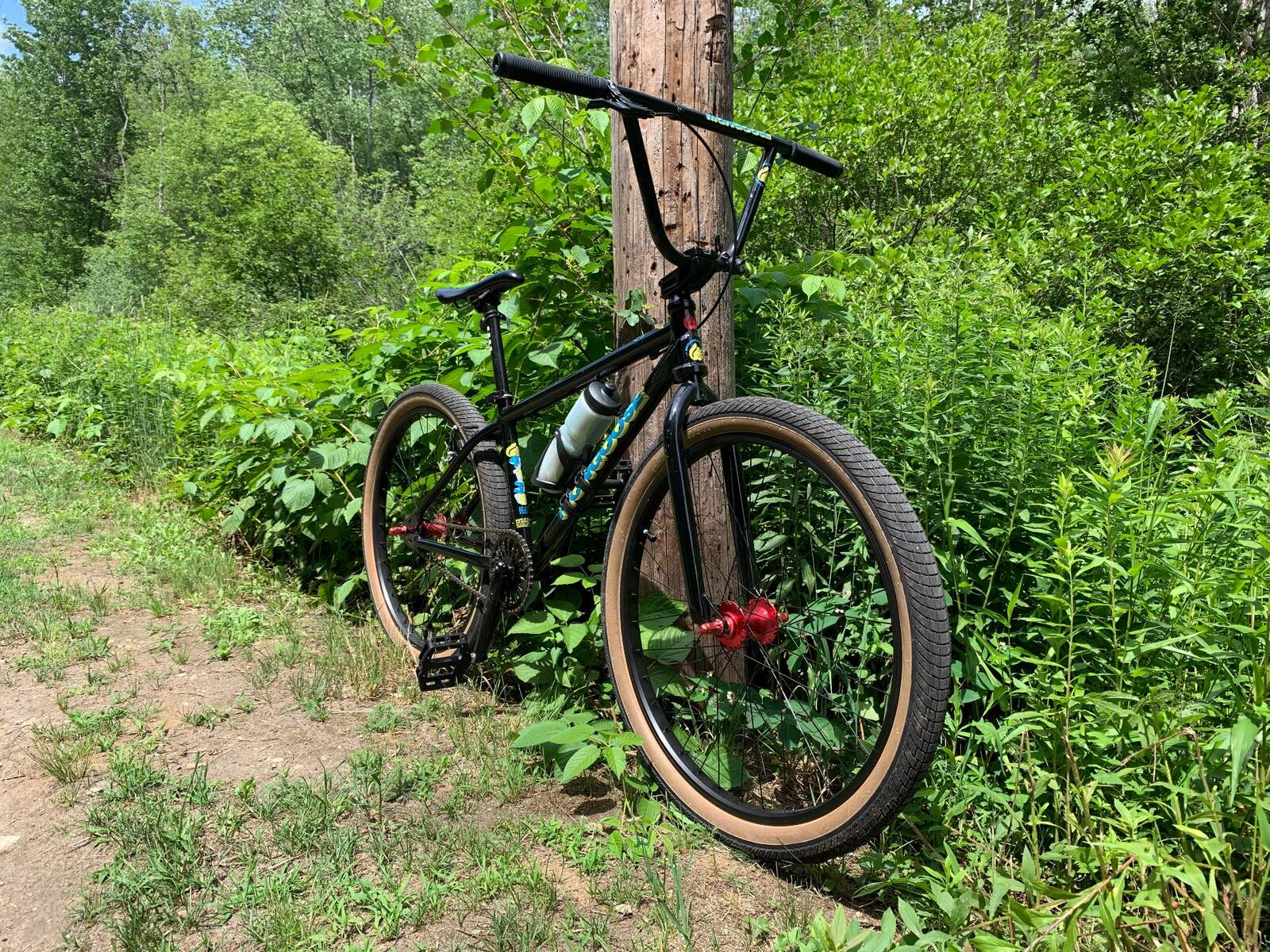 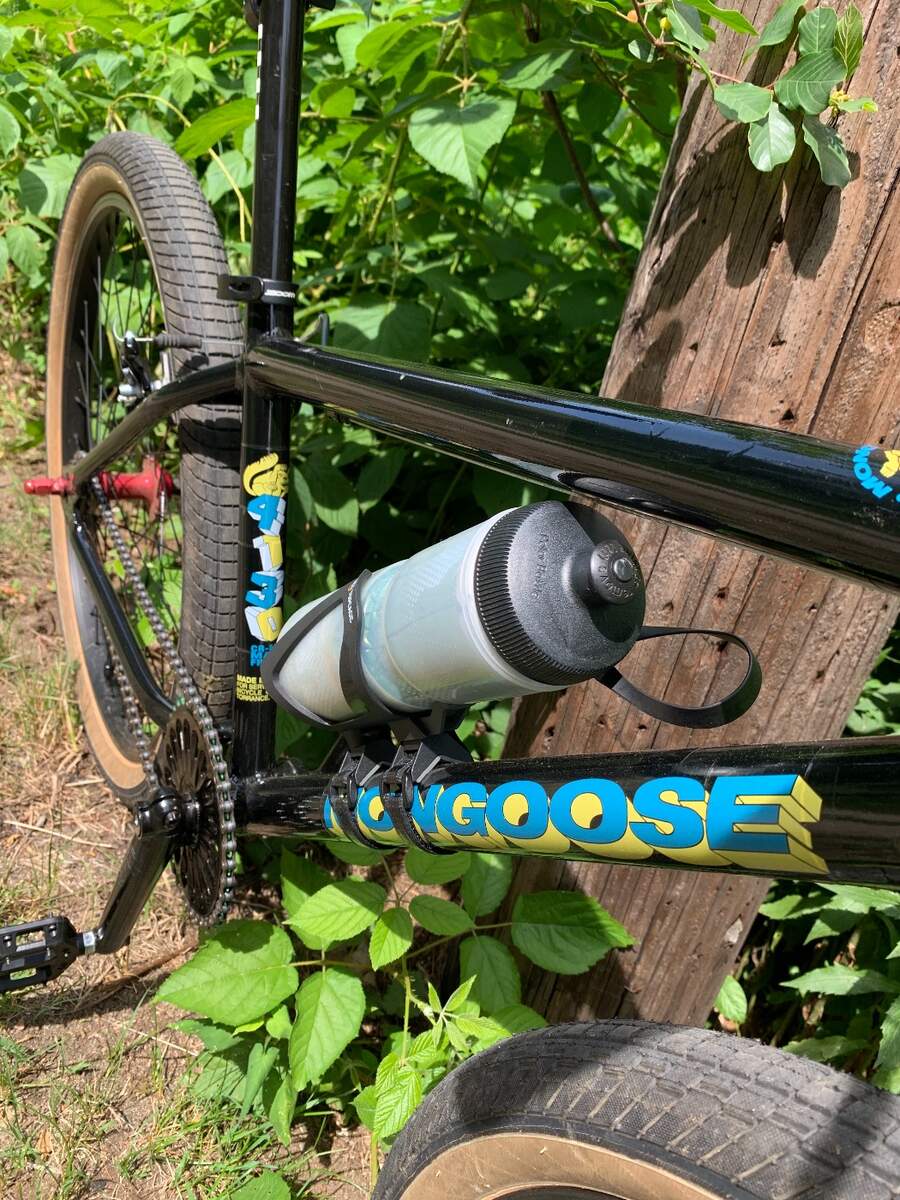 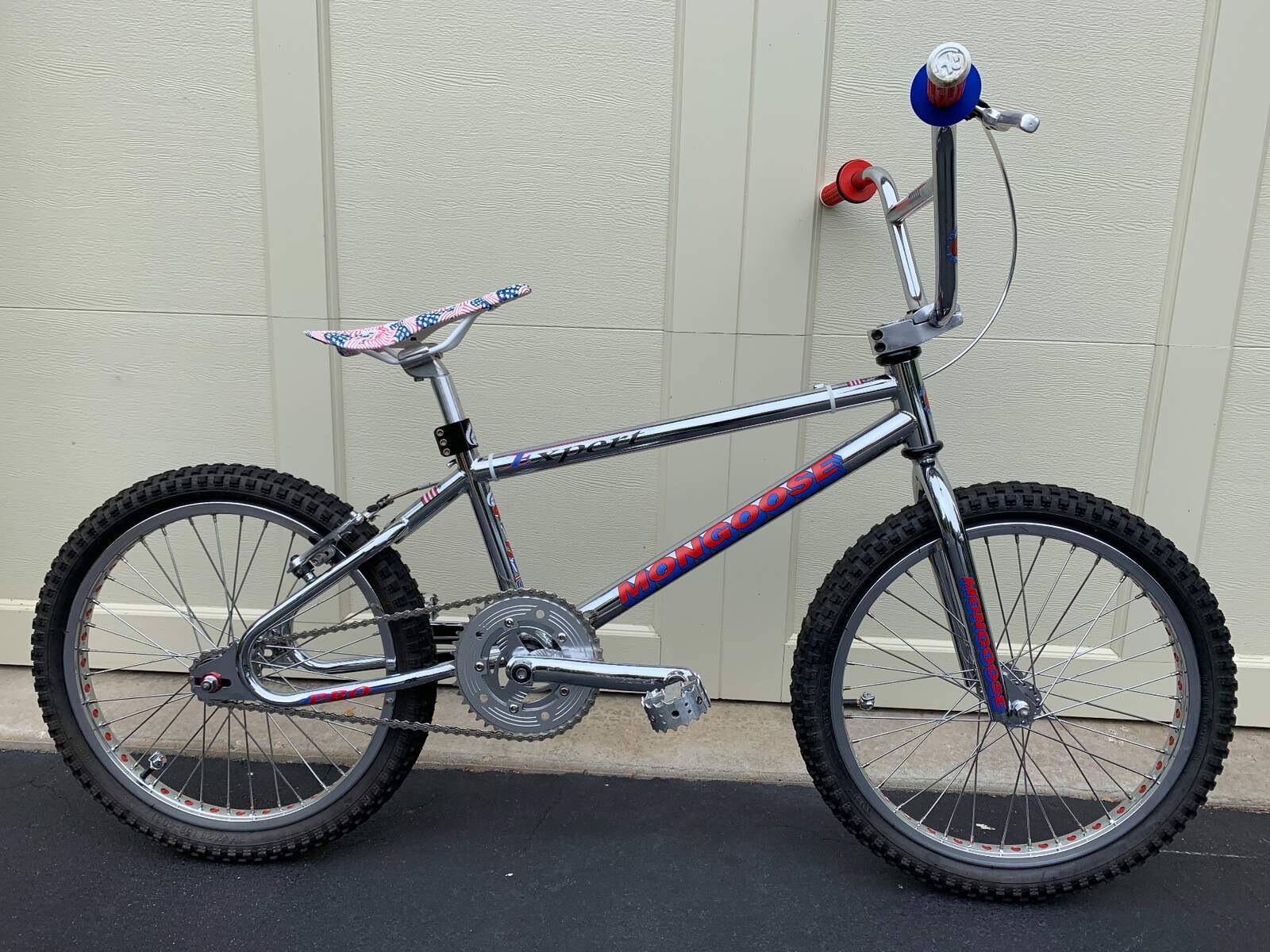 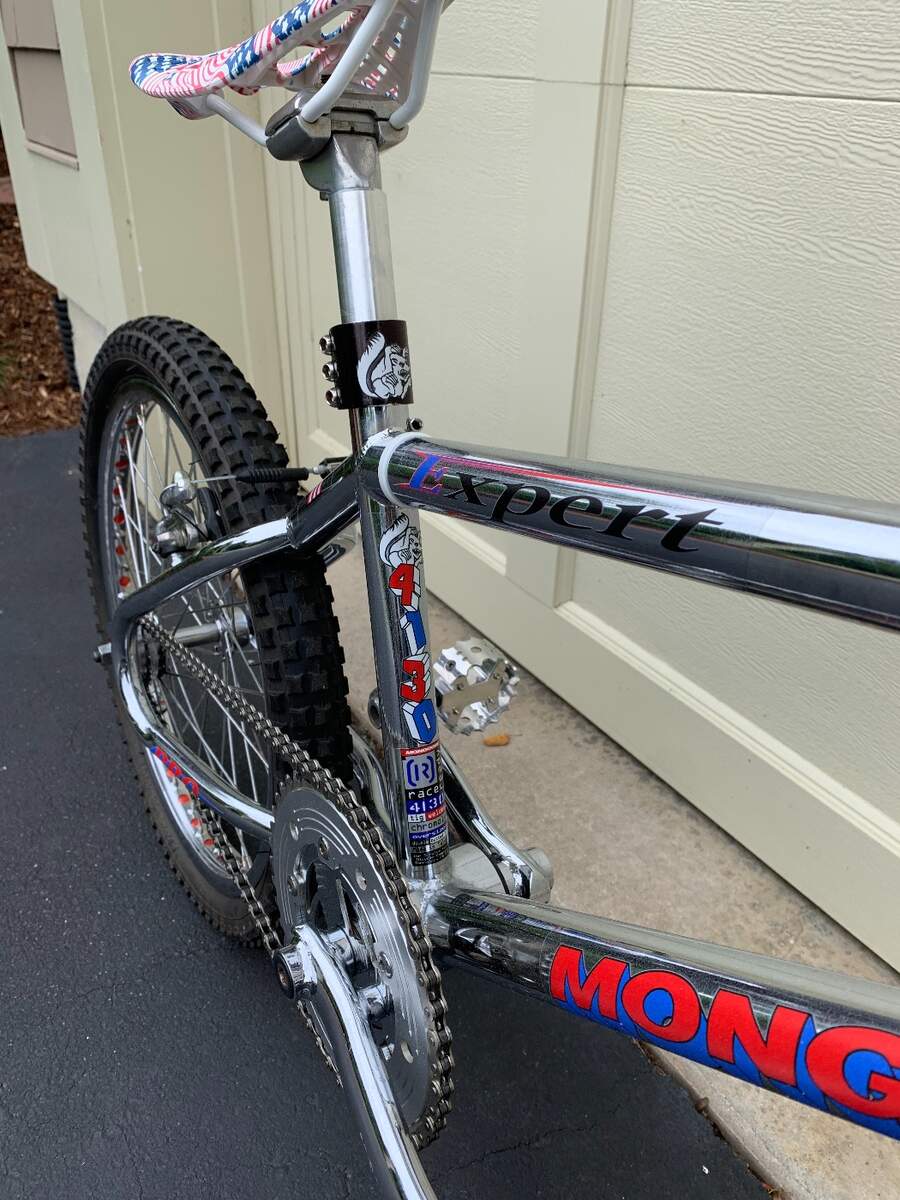 I updated my Motomag to be the Supergoose I always wanted. It’s a clone but I am happy! 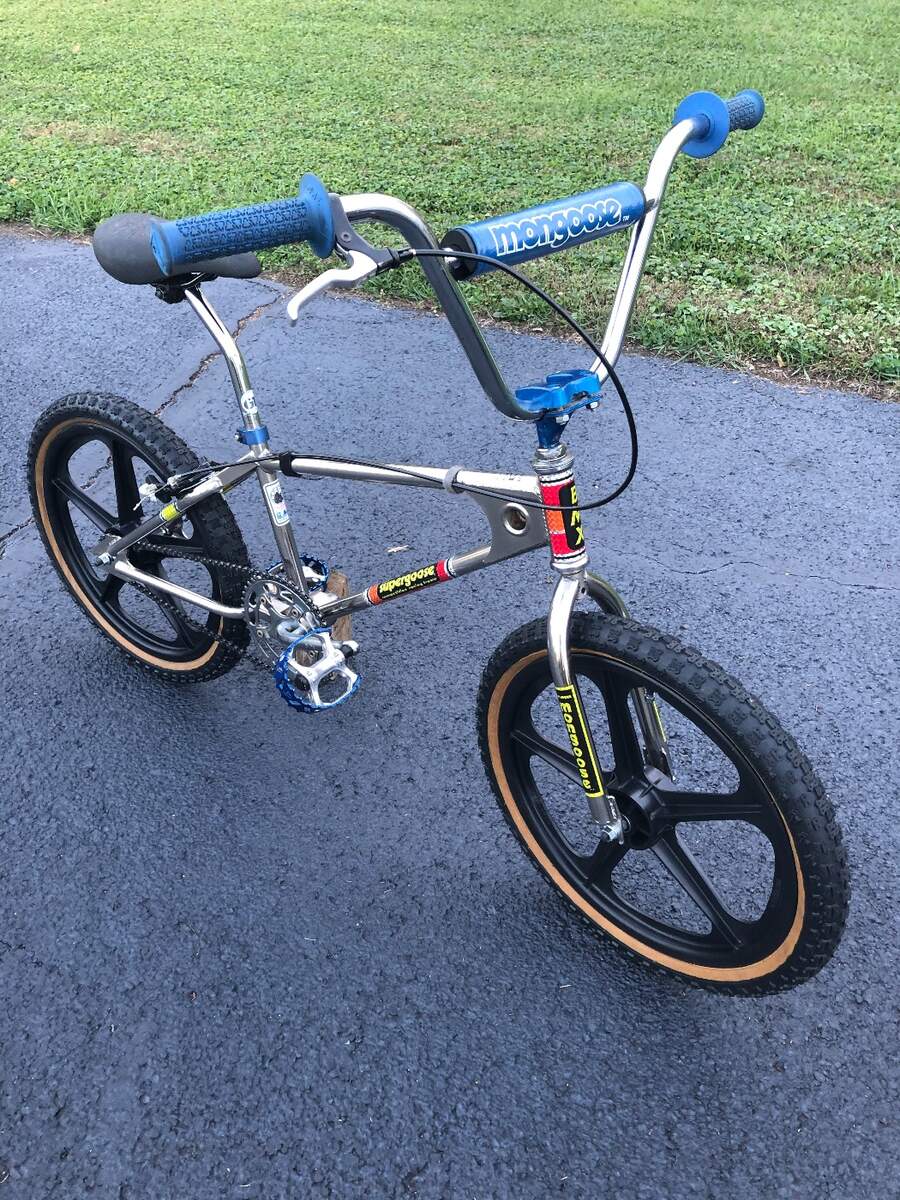 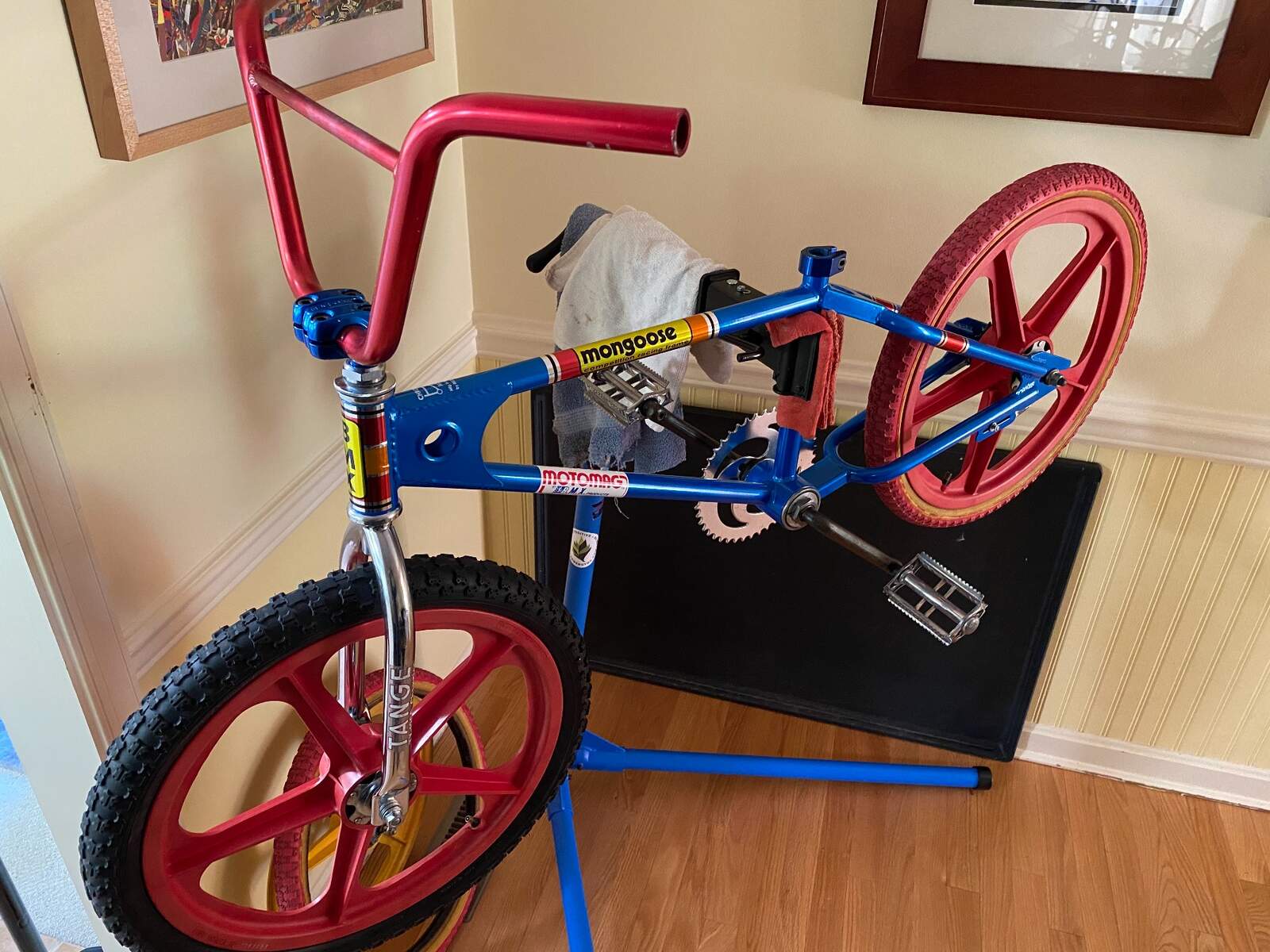 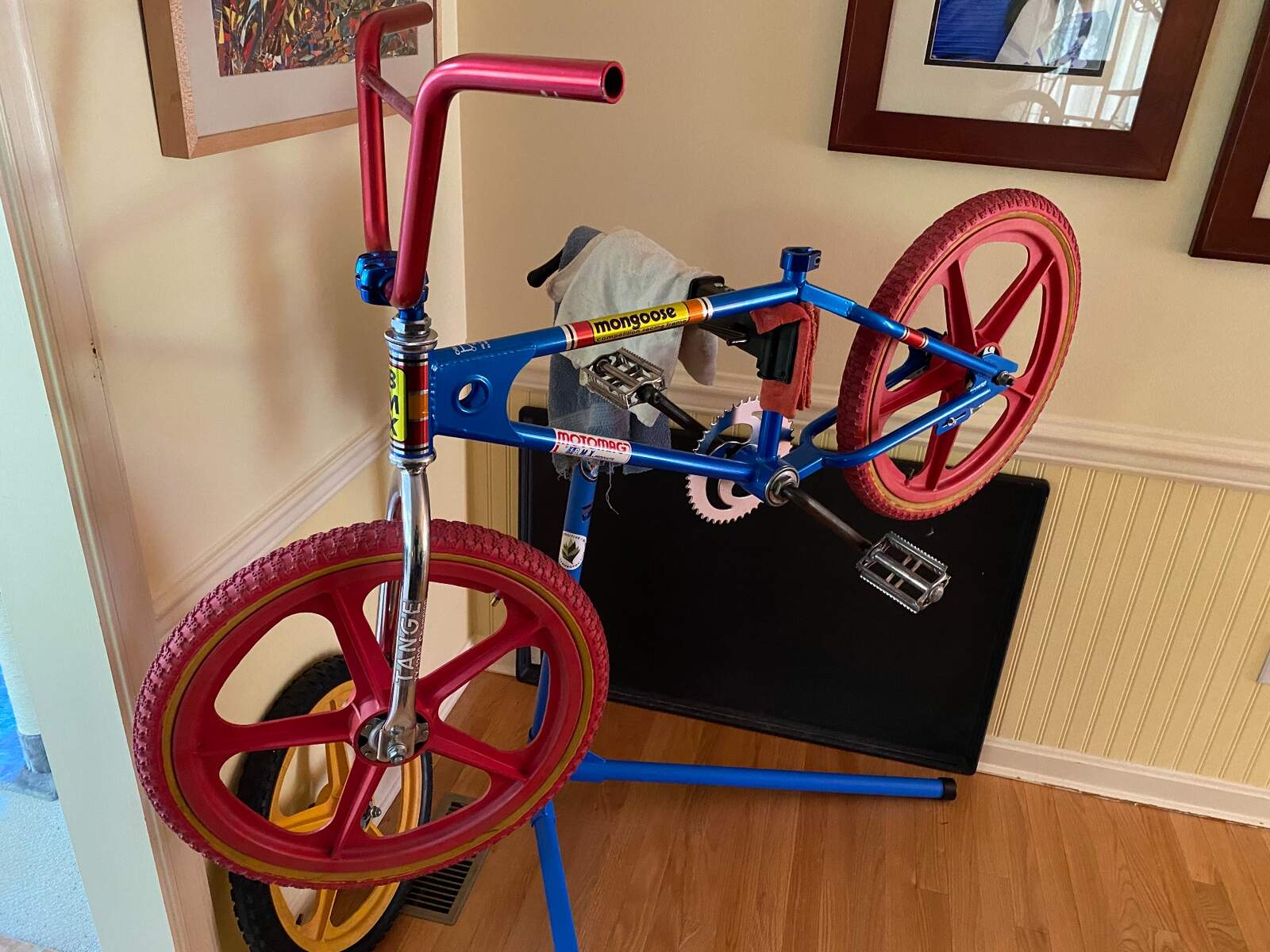 NOT even a question.... RED

*but then you MUST go with RED grips & seat... NOT Black!
*IF you go with Black tires THEN you can go black grips & seat

Thanks for the input. I agree red for the win.

Thanks for the input. I agree red for the win. 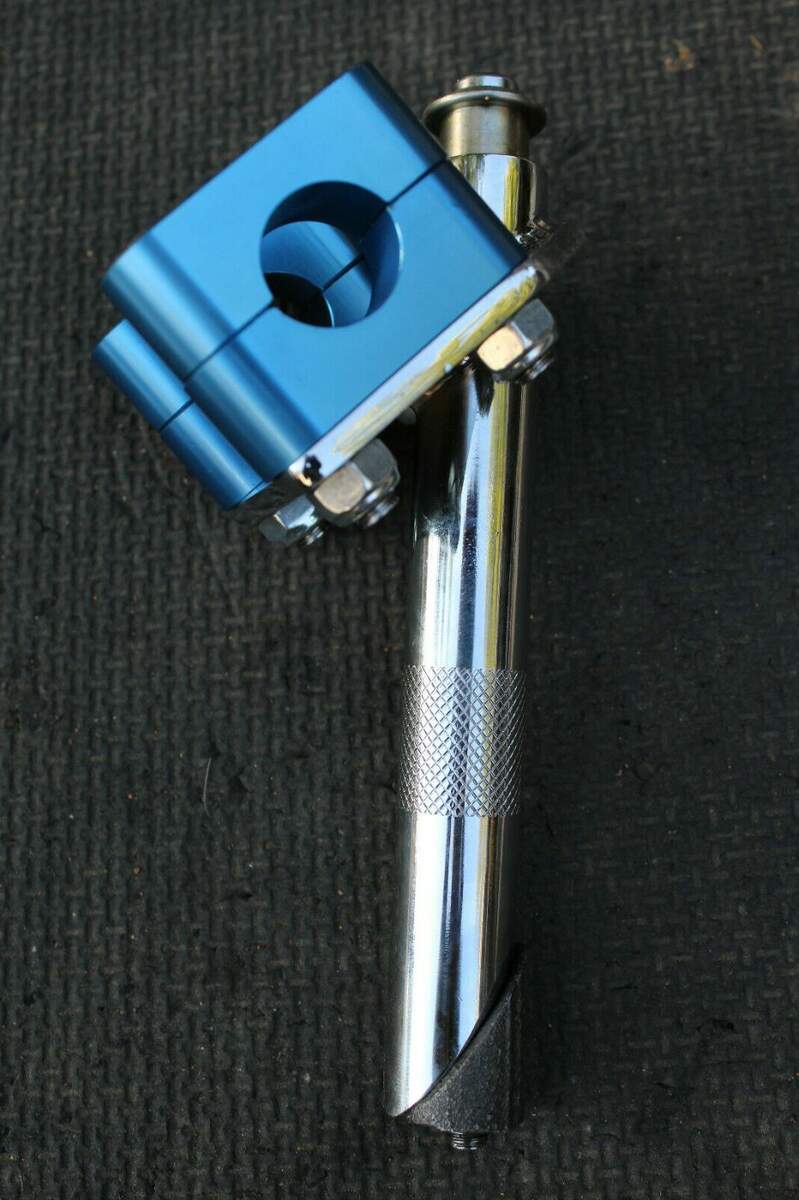 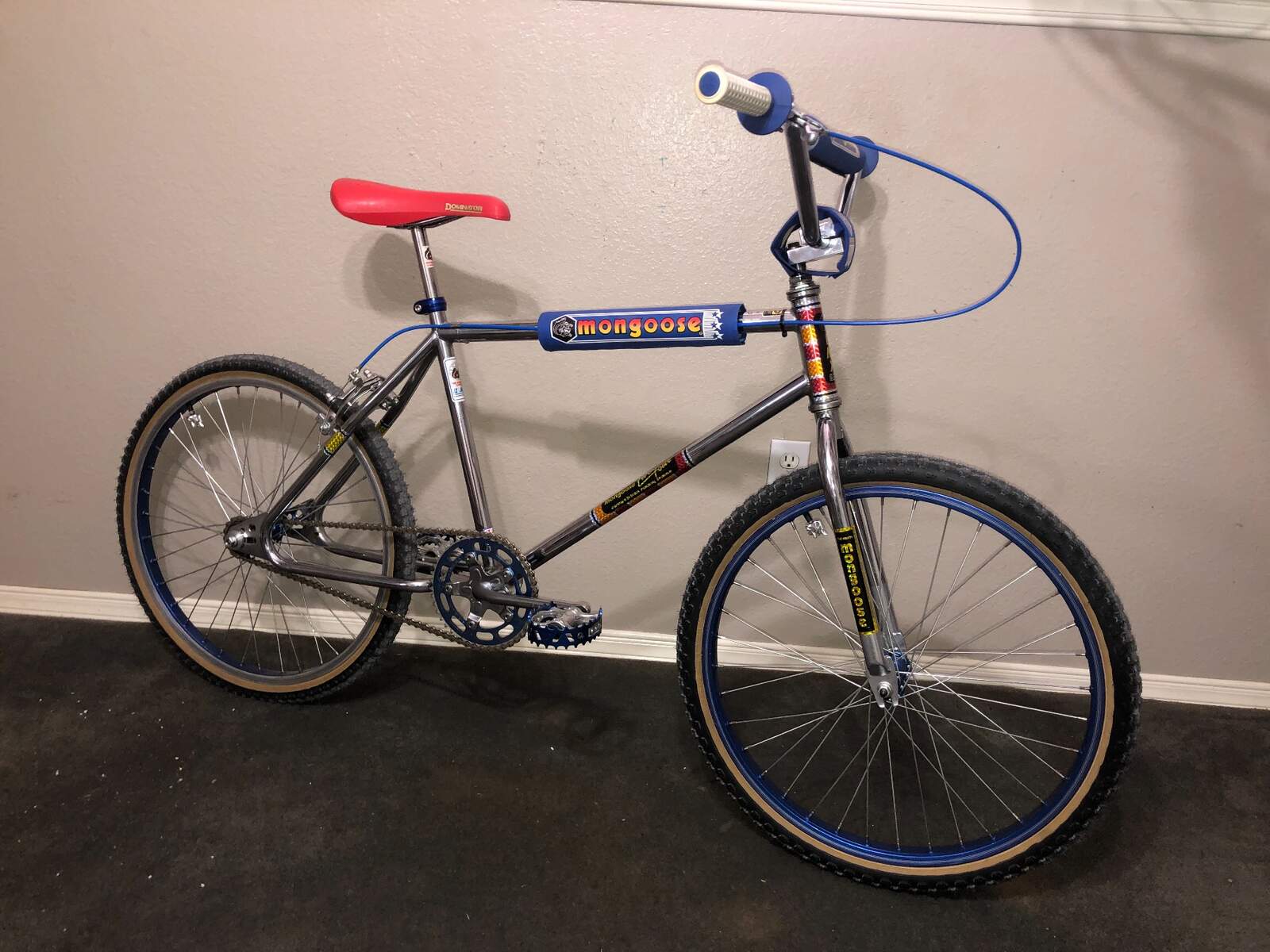 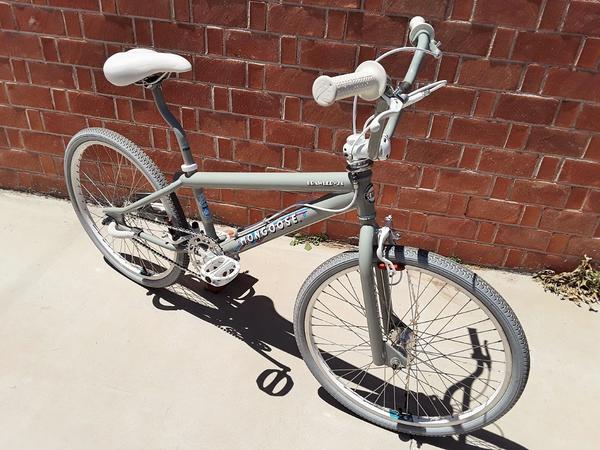 OK, gotta ask, There are soooo many Mongoose bikes, how do I know what ones are good quality and what ones are Walgoose? List of good models would be great.....Thanks

OK, gotta ask, There are soooo many Mongoose bikes, how do I know what ones are good quality and what ones are Walgoose? List of good models would be great.....Thanks

Many here believe the last "good" ones would be 1996.  Decent designs afterwards but I asked this question 8 years ago and 1996 was the last "good" year that I received from many. 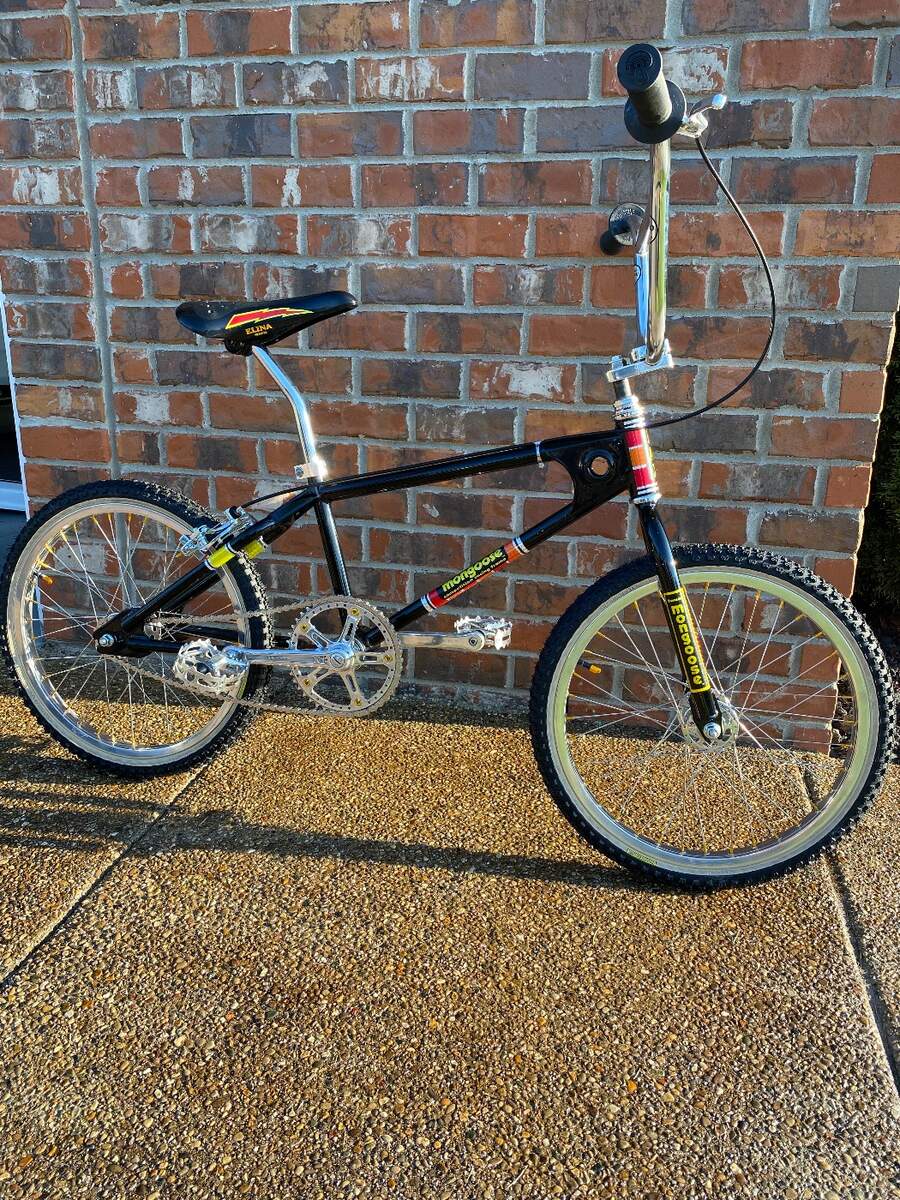 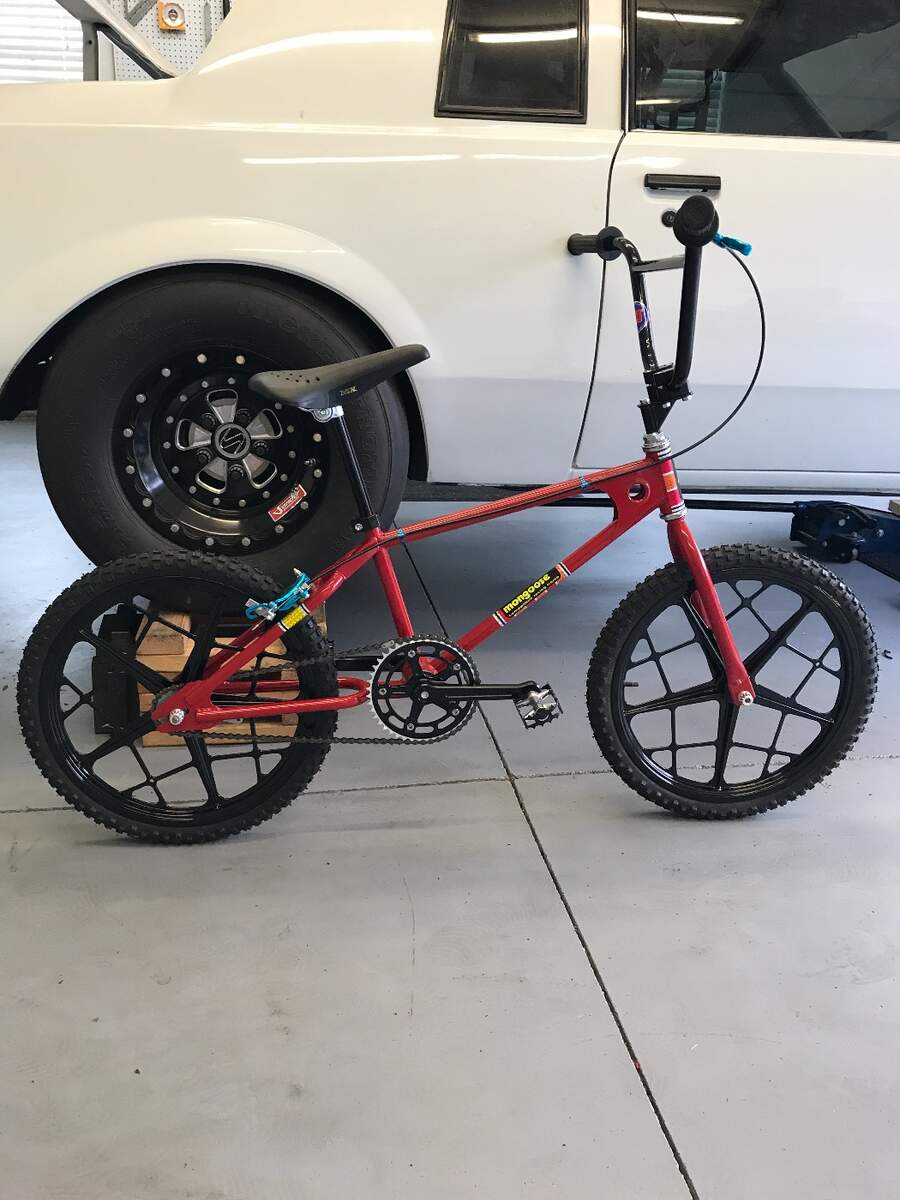 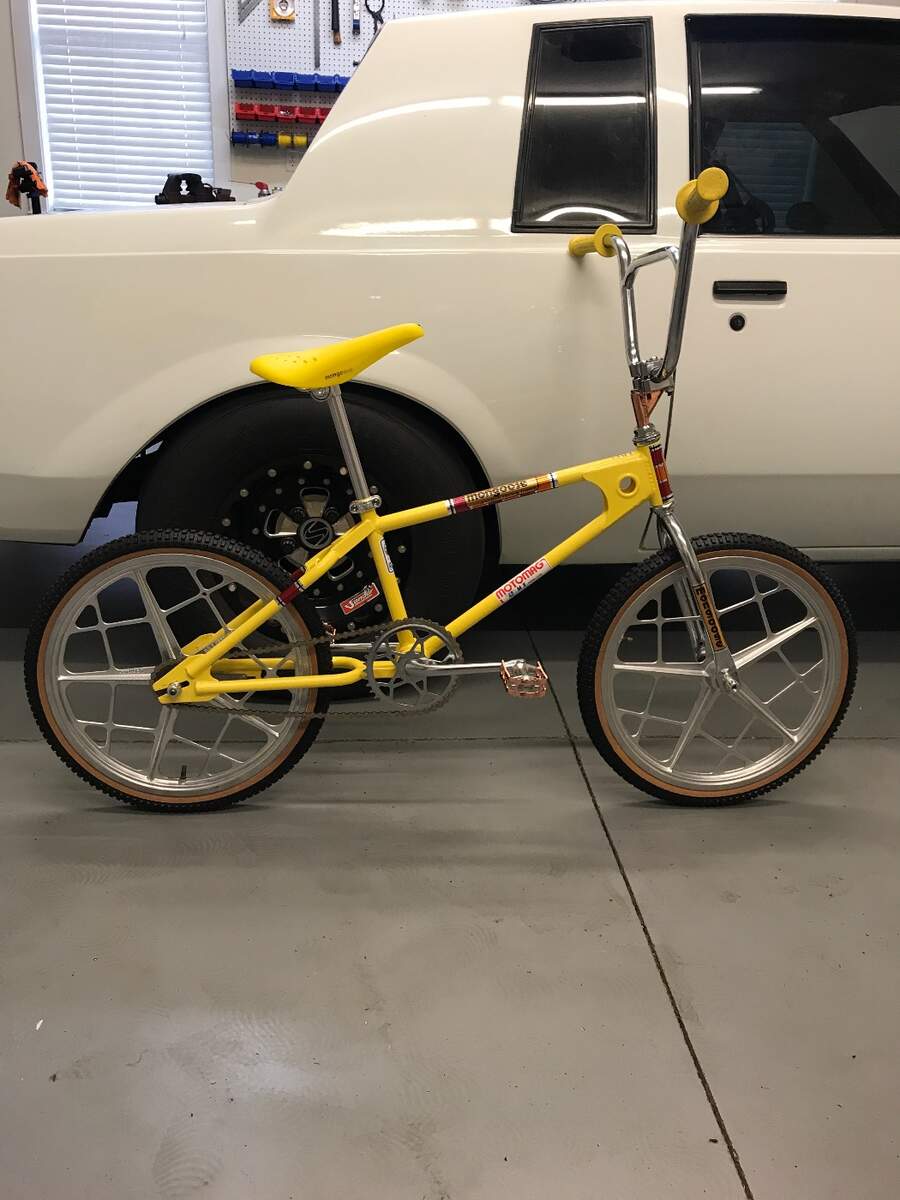 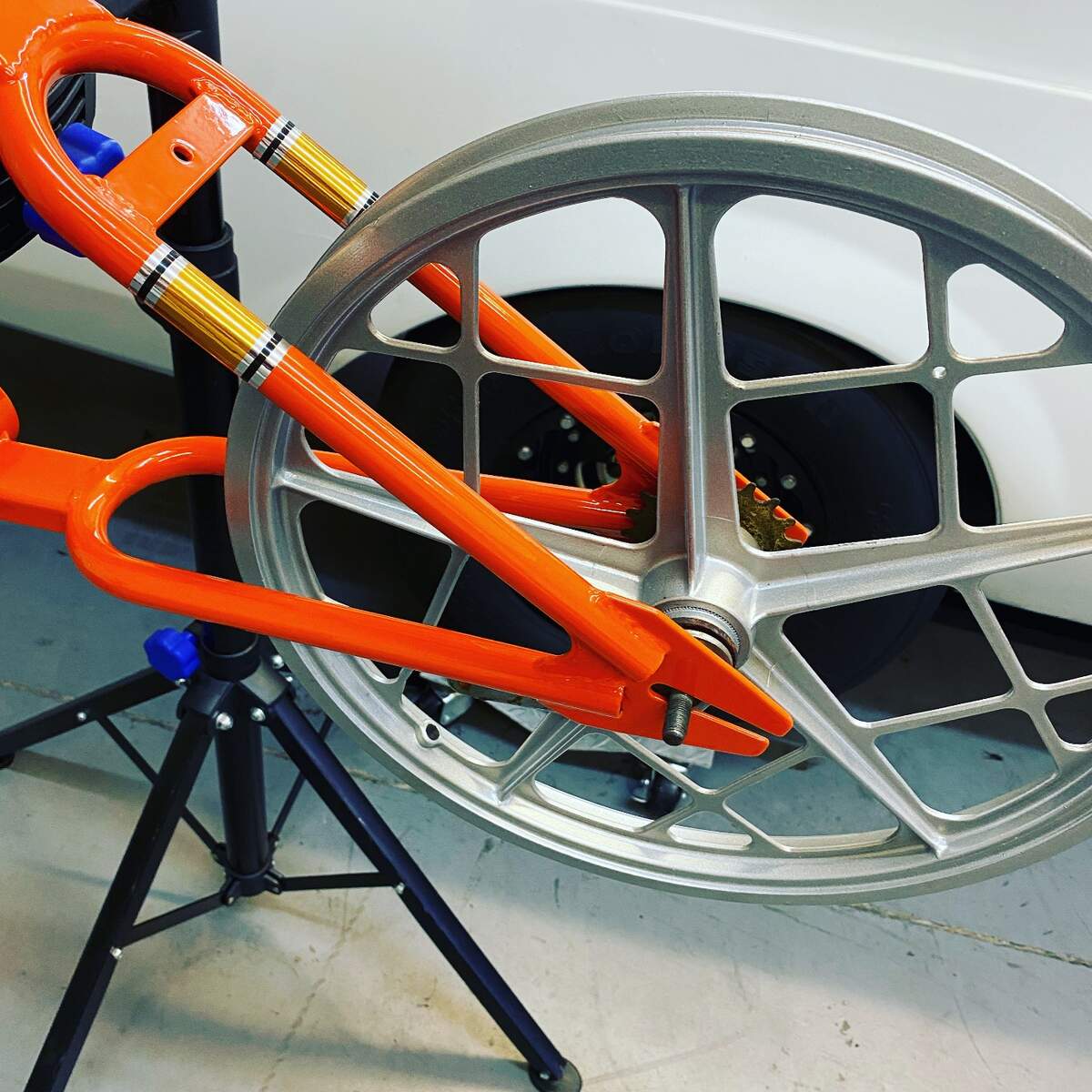 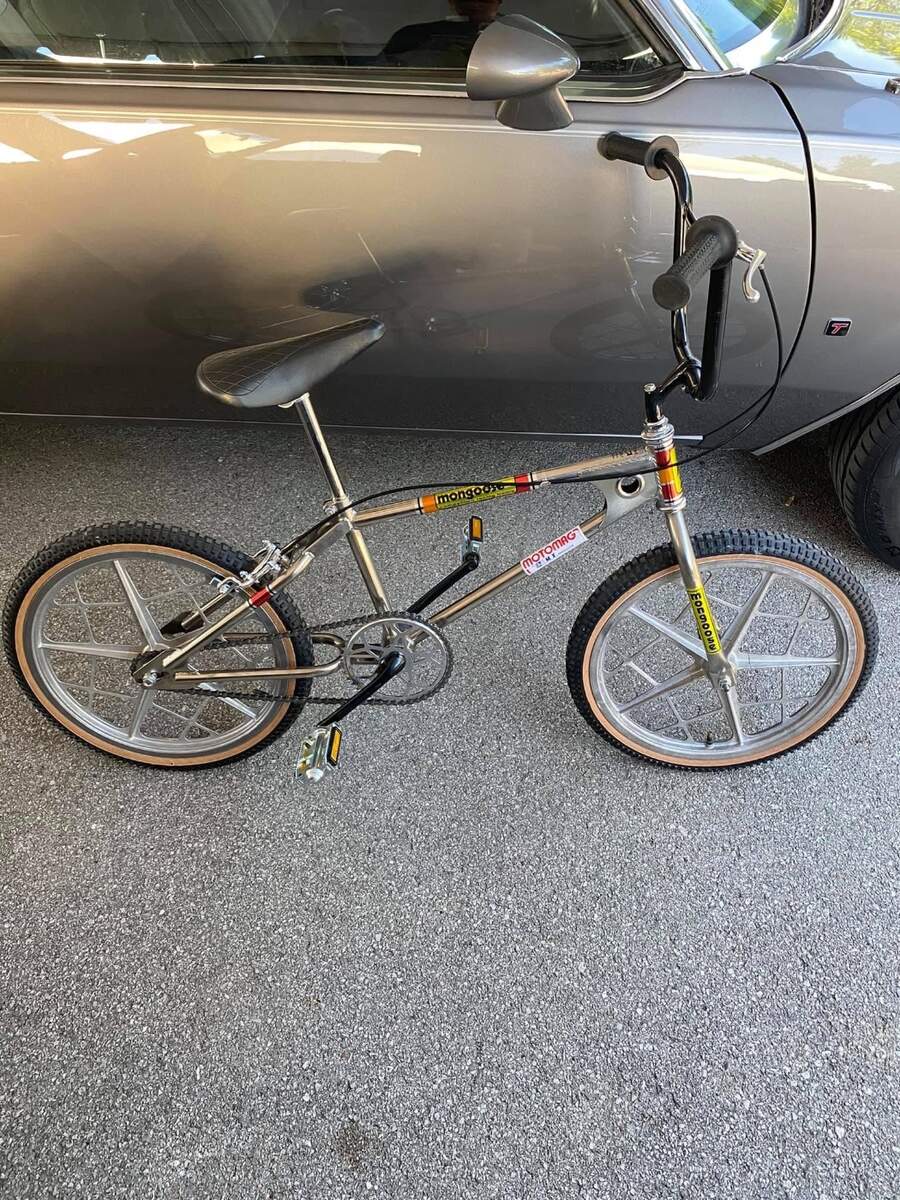 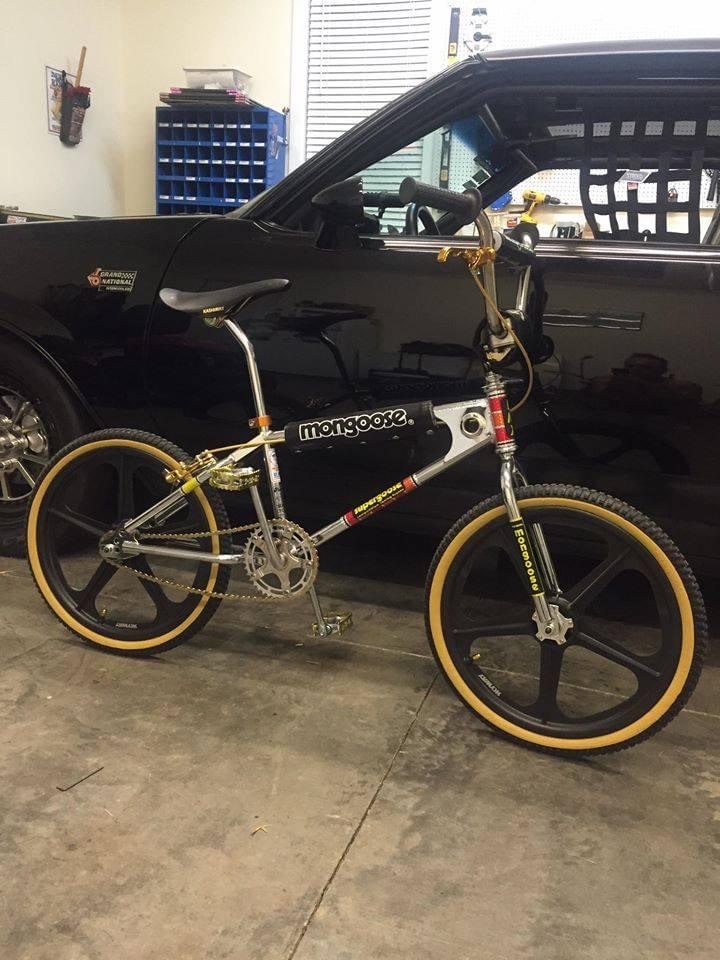 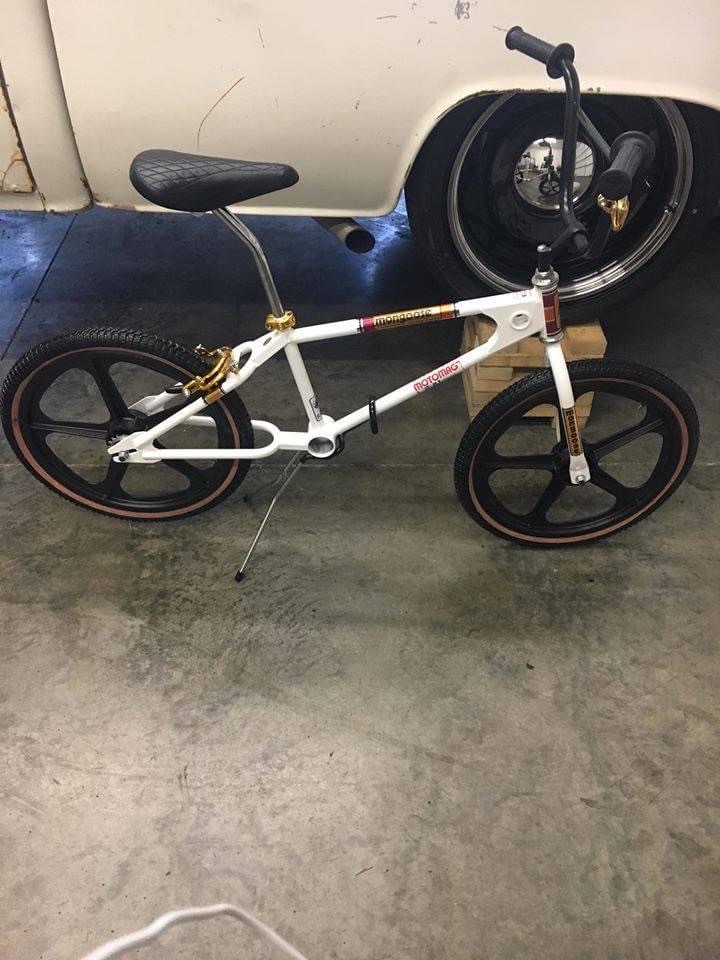 This makes me HAPPY!

One step closer to having that super awesome Motomag that I always wanted as a kid.

Before and after the vapor blaster MAGIC. 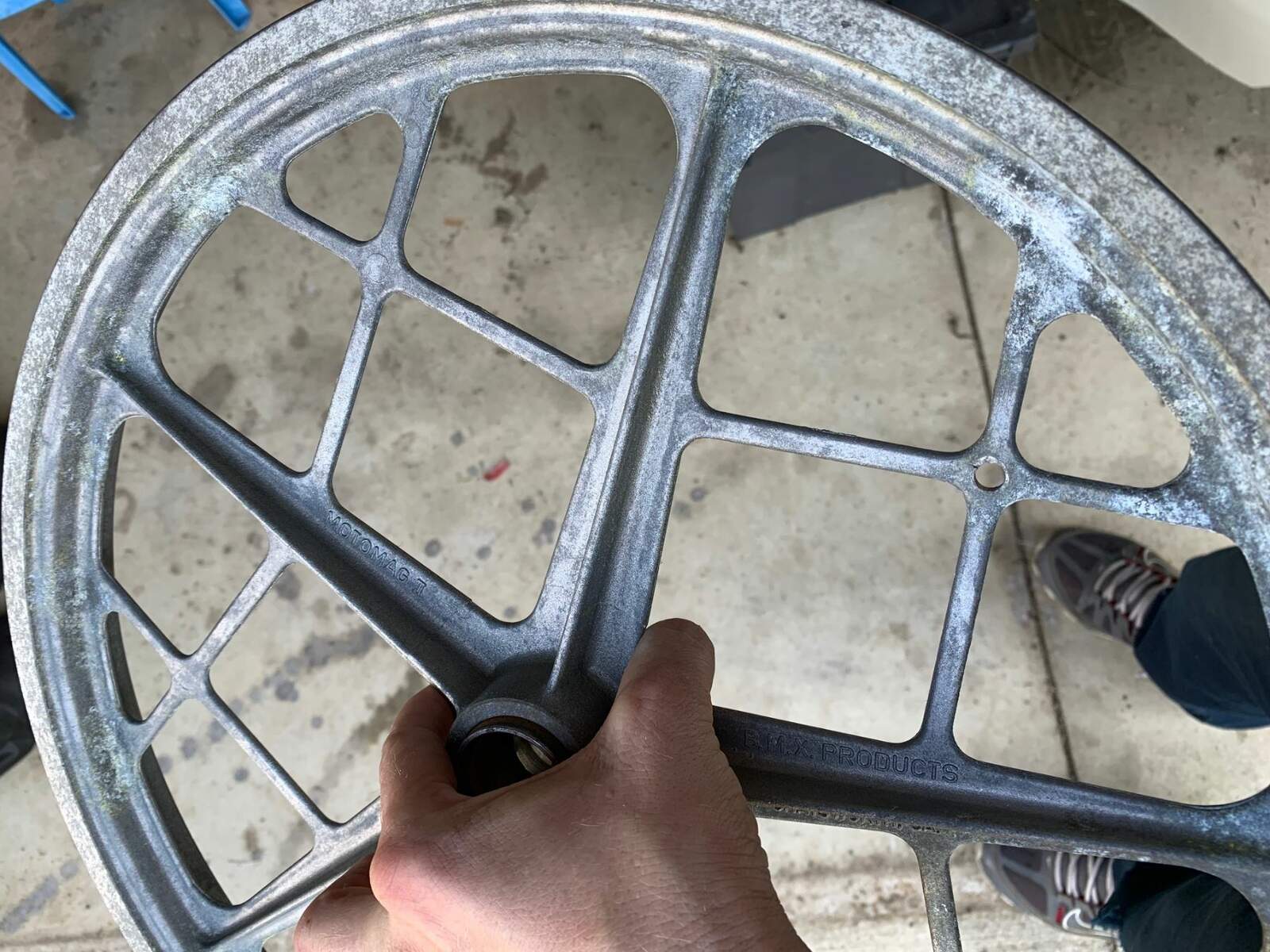 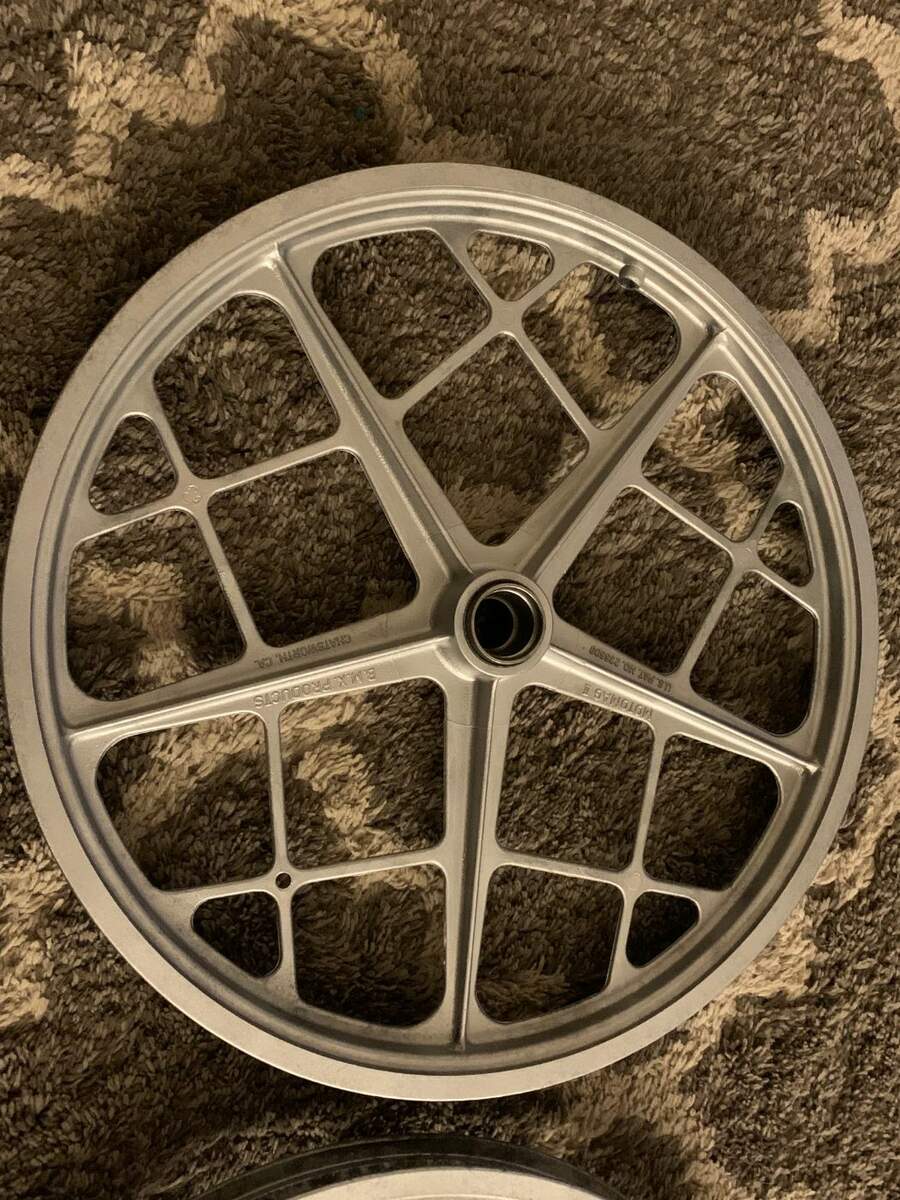 Thanks
It was built for a customer. He has a red new ZR1 in his man cave.  He wanted a goose to match it and park next to it
That’s why the brakes are blue, to match the blue vette calipers.

OK.  I’ve been getting a lot of questions about this model.

Totally don’t mind answering as best I can.  My $.02 basically.

“TC”…Tubular Cranks.  In 1985 BMX Products/Mongoose Bicycles began production on their Pro Class cranks.  The prototype cranks can be seen in the 1985 catalog on the 24” Pro Class & Eric Rupe models…(very sought after).

They went with the 2nd choice…the Pro Class cranks with decal indent and also the model everyone seems to be asking me for these days.

Alright.  In the 1986 catalog you can see the Californian TC being offered for the first time dressed in white with ‘86 red, white and blue.  Reading underneath you can see that it was available in show chrome as well with black components.

Basically…the only difference between Californian models was the crank upgrade to…”TC”.

Now…in late 1985 into 1986…the Pro Class cranks started appearing in Bike Shops.  So…if lucky 🍀 enough…you could score a 1985 Californian in red, yellow and orange not only in chrome BUT…white as well.

The OG 1985/86 TC’s in WHITE with the red, orange, yellow are SUPER hard to find and unfortunately most I’ve seen have been parted out.

Serial Numbers will vary along with Components.

I hope this was helpful to those with interest and questions.

'I've forgotten more than most ever knew'