I had one of these for a short period of time in 77 or 78.  It got stolen pretty quickly.  I had a bad habit when I was a little kid of not putting my bikes away when I was finished riding and they got swiped fast in my neighborhood.

pigonfarm ( 172) - name on the Bay for additional feedback information.

I know this thread is old, but that was actually my first 20 inch bicycle! I remember having getting that thing in Walden New York, running around thinking it was cool, then most of my friends actually got motorcycles and I look like a dunce! I took off the tank, took off the fenders, I think it had both the front and rear, and thrashed it like a regular BMX bike. I even tried to raise it at Middletown New York in the WW BMX in the late 70s! I then moved on to a different kind of Raleigh rampar that weighs only 40 pounds, much less than this beast! Very cool to see... Brings back lots of memories;-(

A good friend had 1 when we were kids. I INSISTED my dad get ME one... he DID. My little brother got 1 also - as we often got 2 of each... LOVED my Rampar. No idea what we did w/ them. VERY sad as I am for tossing our Cotton Picker & Lemon Peelers in the flea mkt. trash dumpster following the non-selling event in 1977...

((( LOVE this bike!!!! Cardboard added to the spokes made me feel like my older brother on his dirtbike.

NICE! Thanks for posting.

lappedrider
Riding In The Back!

This was my first NEW bike. I loved my Rampar. Here I am Christmas day. 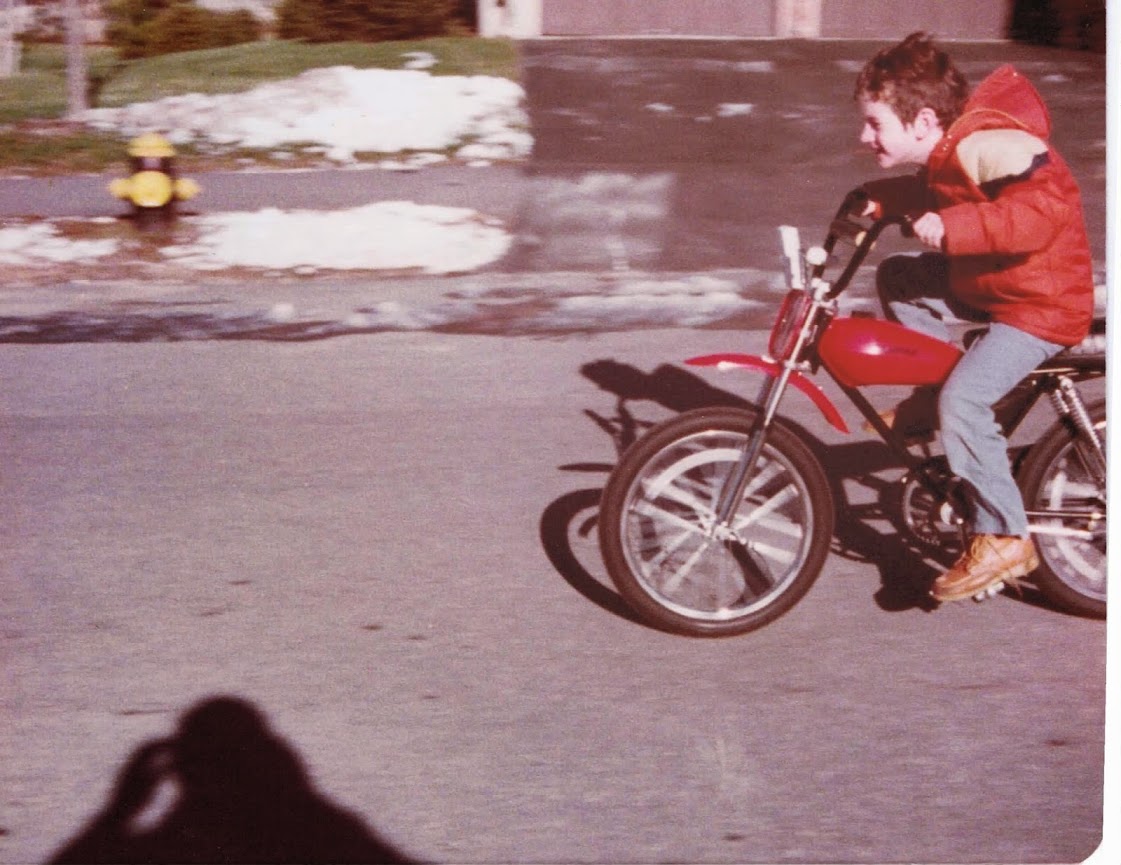 I had one of these, I know where it's buried in my dad's backyard.  It was a heavy bike to ride but very cool to take huge jumps.  I miss it

Pretty cool bike in its day.  I got a similar  one of these in 1977 for Xmas, pre BMX days for me.  I later found out that I must have had the cheaper model, because my shocks were fake. They had the shock bars with the rubber shock covers, only to find out, it was just a straight bar, without an actual shock. And yes they were heavy, and couldn't move too fast or jump  very high.  But I loved riding it.
Thanks for sharing this with us.
Gw