92 condor does it for me, one day I mite find one

So a bit of an update on the collection. The 92 and 93 Condors got sold as completes, and all of my complete bikes got parted out. The 95 Condor frame and fork got sold as well, but I have most of the other Hoffman stuff still. I did keep a bunch of parts, so I can still almost build up any of the frames I have if I ever decide to again. A lot of the bikes had similar parts... gyros, levers, cranks, seats... so i was able to let go of quite a few sets of items but still  have one to build up a bike if I decide I want to. It's nice to not have 7 complete bikes in my apartment!

I've added some more Hoffman gear to my collection over the past 6 months. Going to put up some updated collection pics soon.


I picked up a 93SE Big Daddy recently, that was one frame and fork set that I didn't have when I had all the others. I guess it was the only major frame that was missing from the condor/big daddy line up group when I took the photos in the first post of this thread. I'm going to build up the 93 Big Daddy, looking forward to that one!

Here's my Hoffman peg collection, everything they made 94-96 US times.

Top left are the Day smith pegs (type 2) these came as flat ended and tapered (still not sure these didn't come out of Taiwan), top right are the first batch of Day Smith pegs they made, these were only available in tapered.
Bottom left are the Laural pegs, bottom right are Hardy.

2 of the Laural pegs have been rechromed, but everything is otherwise original, unpolished finish.

We had a local bike show on the weekend, so I set up a little display with most of my parts on there. Aside from a few small bits and stickers, this is pretty much where my collection is at right now. The cable ties were a bit of a multi purpose thing.. they held everything in place, nothing on the parts table would have sat there otherwise, and they also doubled as a bit of a security measure.


I'm missing a few forks on the frames on the left.. But it was still somewhat uniform as those ones are all grouped.

When I'm riding my bicycle,I feel like a Buddhist who is happy to enjoy his Mundane Existence-
Quote- Robin Williams- RIP...AMEN...

Thanks for the comments folks.

I wanted to take my gear to the show but it had to all fit in my small car along with any display tables etc, so I came up with the idea to cable tie things upright to the table, it worked out well. Less table space needed and it looked kinda cool with it all standing up like that.

Great stuff. Hoffman's bikes and parts had such great graphics and image back then - I think there modern look is a bit too polished, too sterile, and has kinda lost the humor that made all those old graphics so great. Bring back the old image Mat, you had it right the first time!

Great stuff. Hoffman's bikes and parts had such great graphics and image back then - I think there modern look is a bit too polished, too sterile, and has kinda lost the humor that made all those old graphics so great. Bring back the old image Mat, you had it right the first time!

I agree on the graphics, I've seen most of these bikes without the stickers and the stickers really make the package.

The 96 stickers on the condors are really cool. They've got that dot gradient colour change thingy, with a silver flake in the writing. I think it was a 90s thing, artworks are just different on modern day bikes.

It's been taken apart and sits as frame and fork now, haven't done anything with it..... yet.

Added this Big Daddy to my collection too.

It's got factory paint and stickers. The rear is undercoated blue and then painted purple so when the purple scuffs it turns blue. It's a unique colourway.

Here's how I found the two tone Big Daddy frame. It did have a front wheel and pedals, just didn't have them on hand when I took that photo.

These are the pictures that I saw of the bike before I agreed to buy it. They were that size, and they came in on the phone. I agreed to buy it without seeing it and not really knowing if it was a repaint of not. I knew the stickers weren't the standard repops from the small photos, so I took a pretty big gamble. It was from a reputable seller, and he shipped it out very quickly. Was very

when I got my hands on it!

Staying tuned in to this thread!

Wanted: one copy of the last issue of BMX plus magazine!
Escaped from Detroit...and lived to tell about it!
Black Widows Central Florida Faction Ambassador

I'm quite fond of that one! Will take some better pics of it one day.

Finally got some Taj stickers for my collection. 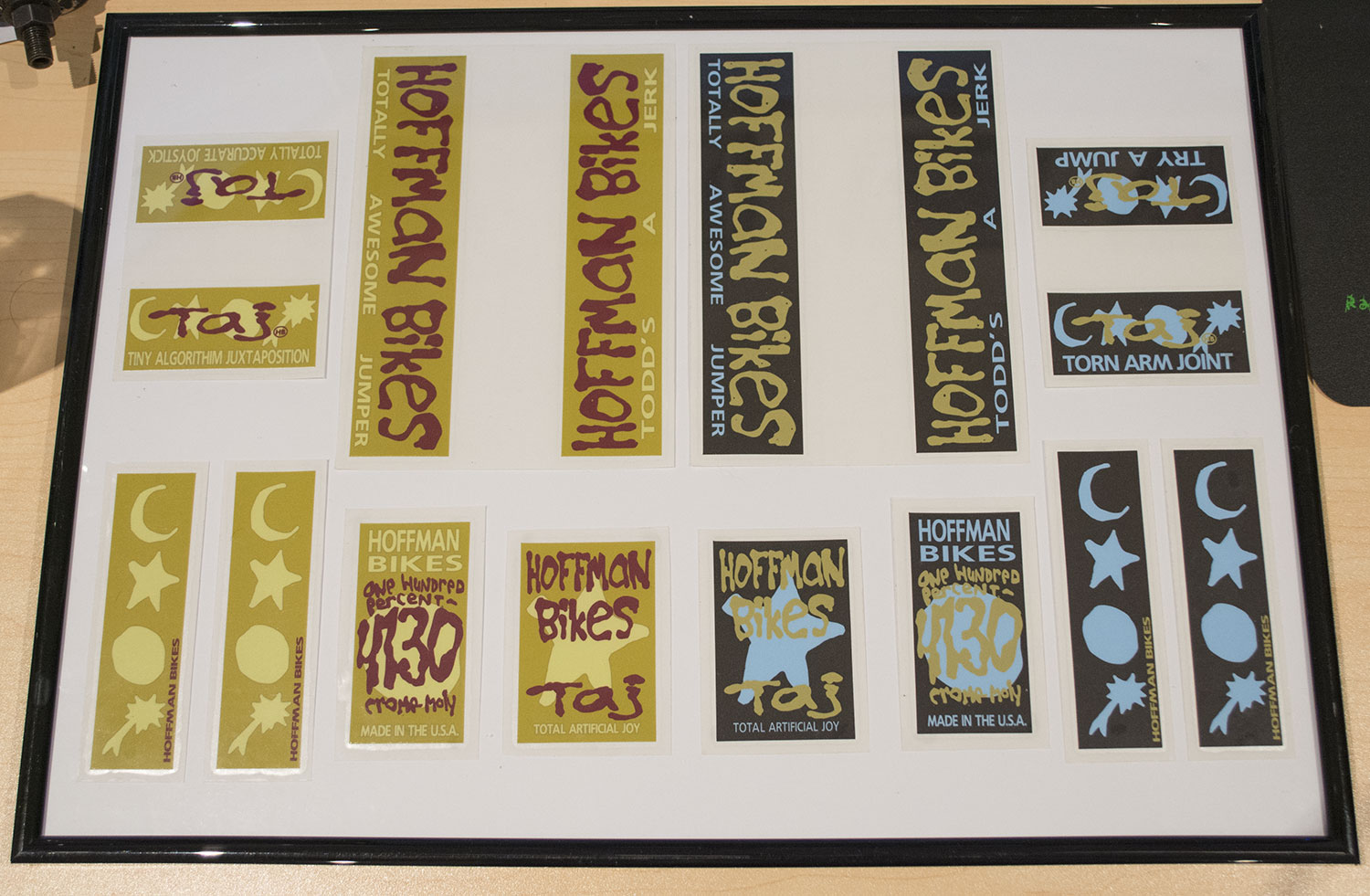 Finally picked up a fork that I needed to finish this set. 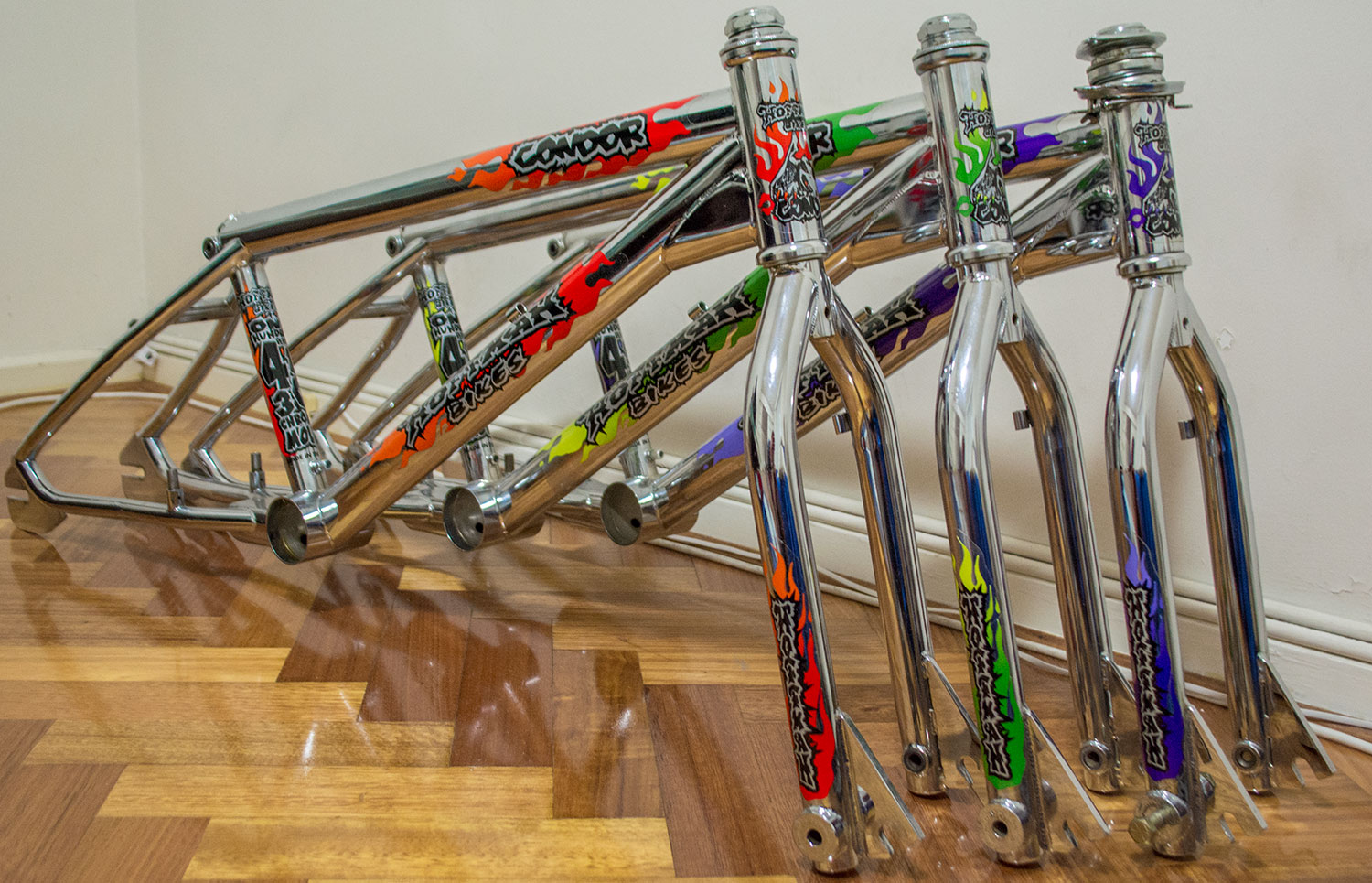 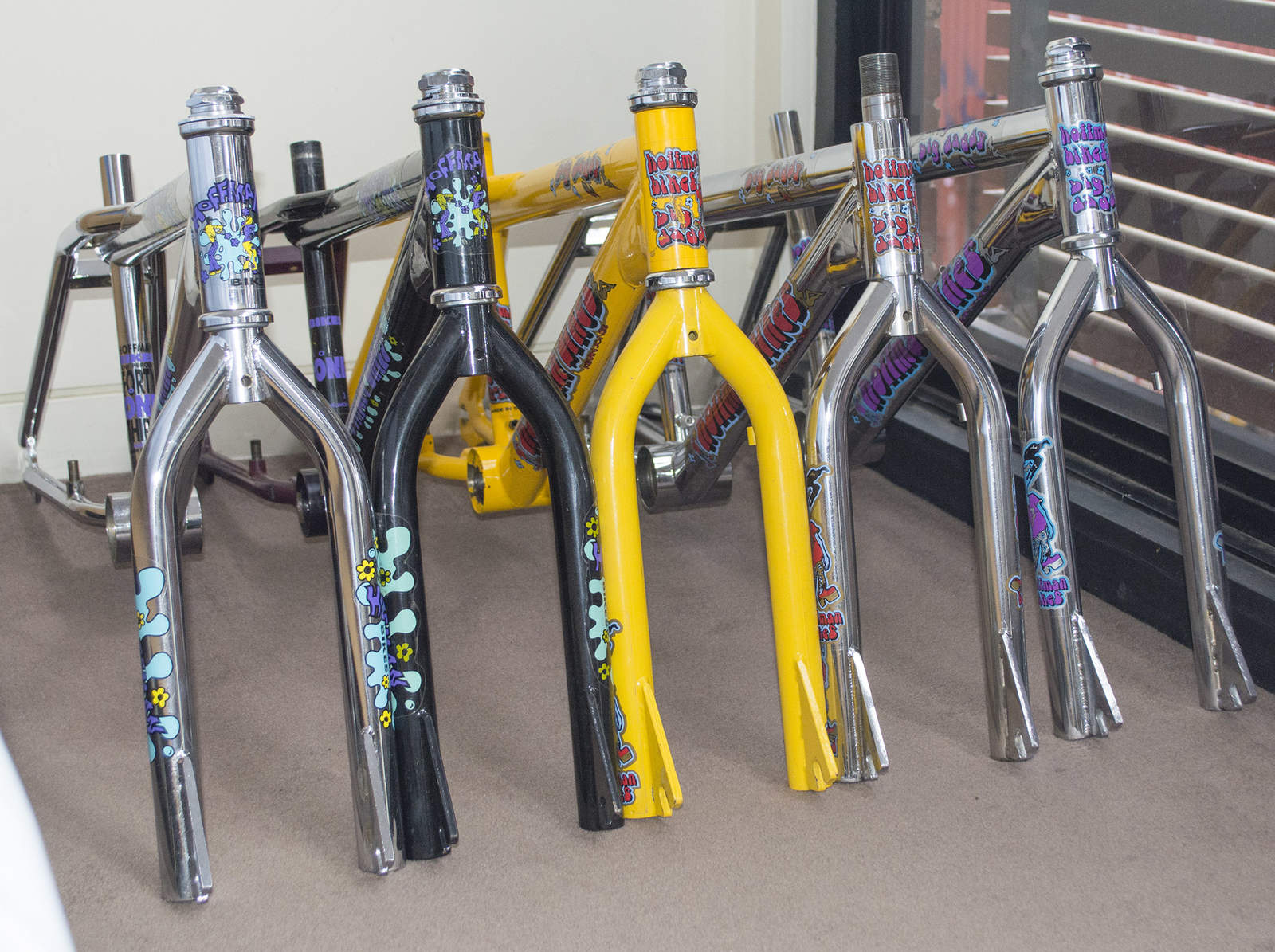 these are all awesome. i miss my 95 condor

I found a perfect match seat to go with this frame. It cost me $2 at our local swap meet! I'm sure it's off some Walmart bike, but it's just so perfect for this colour combo. 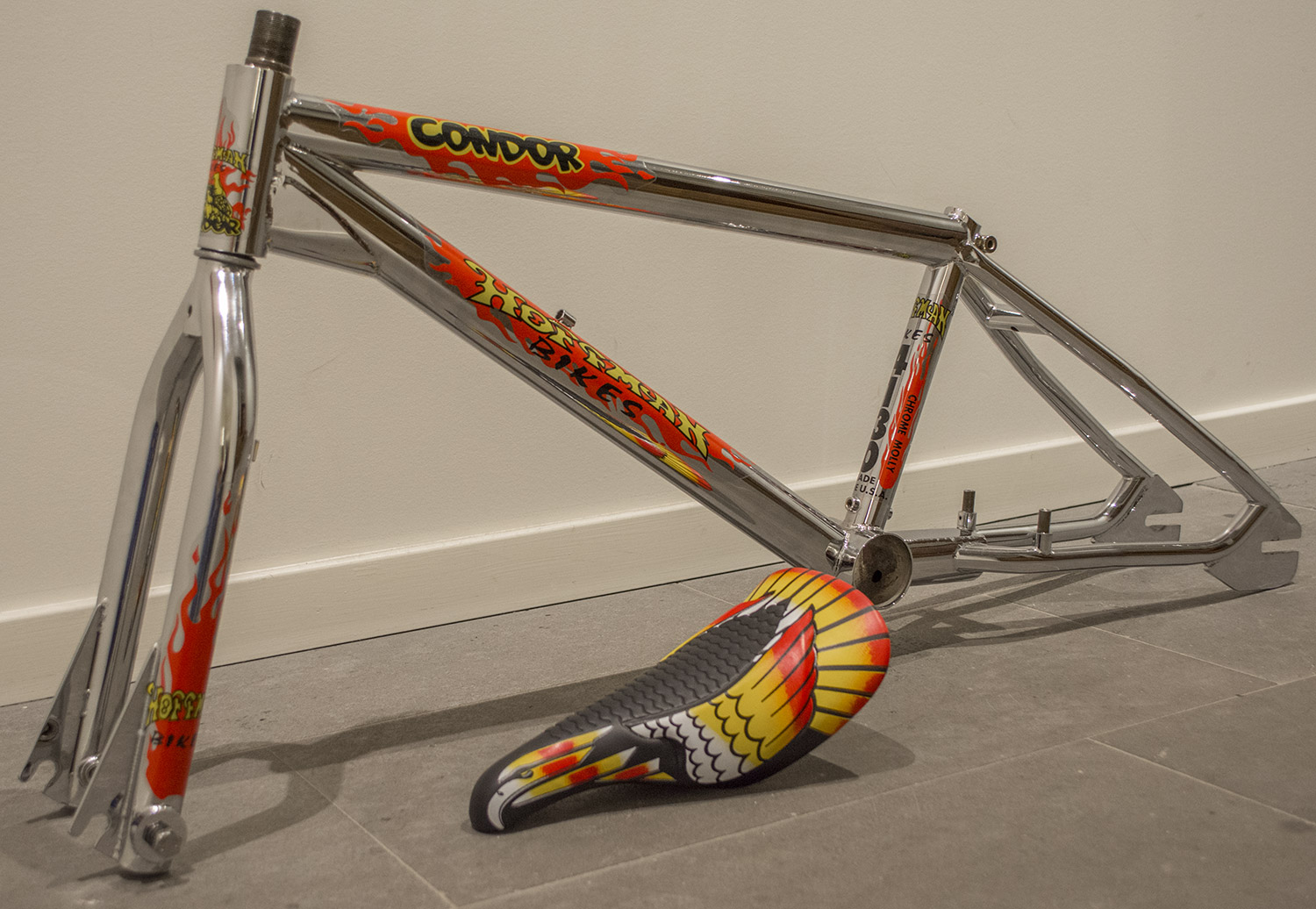 I found a perfect match seat to go with this frame. It cost me $2 at our local swap meet! I'm sure it's off some Walmart bike, but it's just so perfect for this colour combo.

reminds me of that old tv show "condor man" or whatever it was called.

Btw imo we really need a new Hoffman Bikes thread. I know things used to get out of hand in the old thread but having no place to talk about the Hoffman Bikes stuff sucks.