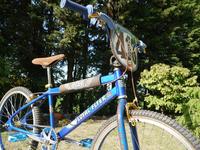 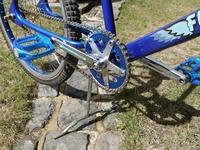 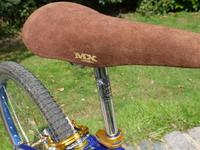 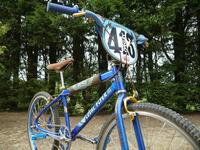 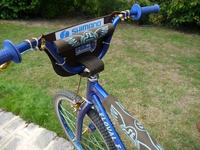 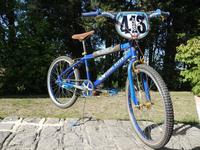 i have built this bike  with original  components mostly  used some  nos ,   fork decals were  originally baby blue they were badly  perished which was  a shame, i was lucky  enough to pick up some replacement  originals so took  the decision  to replace .

what a nice looking cruiser

When I'm riding my bicycle,I feel like a Buddhist who is happy to enjoy his Mundane Existence-
Quote- Robin Williams- RIP...AMEN...