I awoke this morning to a sadly familiar feeling: My @#$%ing bike got stolen last night.
I am at a trade show in Columbus, Ohio.
The (locked) bike was stolen from in front of the
Hampton Inn
501 N. High Street
Columbus, Ohio 43215

It's been reported to police but I leave on Tuesday the 16th so I figure the only chance in hell I have
is to Sherlock this myself. I hate my job and co-workers so I'd rather spend every moment
trying to find it. I'm hoping maybe we can pull together and recover my baby.


It was an 05 Grey  Premium decked out in mainly Premium Products parts.
The bike had some fairly unmistakable features/parts that may help it be identified.

My I'm having some trouble with my Photobucket account at the moment so pics are forthcoming!!!

Any info, leads, possible dump sites/pawn shops/shady shops that you guys/gals can provide would be great.
Like I said, I have nothing better to do for the next 4 days than try to find this thing and "politely, civilly and gently*" recover my property.

* I'm a two eyes for one kinda guy so you can tell I'd love to 'speak' to the thief.

If I don't get it back  hopefully the thief will be hit, killed and dragged face first under the vehicle with his family watching.

Whoa, thats shitty...
send me the [pics, nd I will post them..
Hoping it comes back.. contact local shops too?

I know stolen bikes are a dime a dozen (especially in Columbus) so I'm looking for leads on pawn shops/shady shops etc.
I don't know if they are smart enough to chop it for parts so I'm hoping the description may help.

It really hurts because my GF's kid loved it and I wanted to give it to him when I got home from the show.

I’m in Columbus. If it’s found after you leave I’ll ship it to you. I’ll keep an eye out. Let me know if I can help.

Thanks Stacked1.
Pics are forthcoming!!!!!

Here's the weird thing guys: I have the strangest feeling I will see it again.

Throughout my life I have had bikes stolen. My Kuwahara was stolen, recovered and stolen again.
I had that feeling when I got it back. The second time it got stolen, I knew in my gut it was gone.
My Blammo and my Garret Reynolds (both stolen) no such feeling in the gut.

The only reason I give this gut feeling crap any credence is besides the bike examples, last year I dropped my wallet
in the hood (South Bethlehem PA). I had the feeling I would get it back. So much so I didn't cancel my cards or anything.
I just watched the accounts remotely. When I saw nothing happened, I was optimistic.
Sure enough, three weeks(!) later a homeless guy (!!!)  handed me my wallet, in tact with no cards touched (there was no cash in it).
(I gave him $100 for his honesty)

Thanks for the help. I figured this community would be more help than the cops (who were actually pretty cool about it, despite it being low-priority)

Worst feeling in the world

If you haven't seen the magical stars floating around whilst lying face down in the mud you ain't lived.

"If you asked me what era of BMX I preferred I would look at you blankly and say all of them. If you never stopped riding you wouldn't look back with fond memories you'd create them instead. I come from 'any school'"

Sorry to hear about the bike theft. To help/give a heads-up to others, how was it locked? Cheap lock? Heavy duty lock? Did they break the lock? Item it was locked to? I know if certain locks are registered and defeated, the lock company will replace the bike/scooter/motorcycle. Good luck in getting it back.

A pic of the bike would help your situation out alot.

Made In Taiwan #1.....You Have Chosen Wisely!  Guaranteed Strength
Would you trust a fat ugly lazy drunk to weld up a frame that will be ridden hard?
$20 goes a long way here
violence solves everything!
never unarmed!
#VOGR
no fijindus

Can’t stand thieves. I’m about 2 hours NE of Columbus so I’ll keep an eye on our local sites for it. Let’s get a pic of it up.

Woodmaster
Pro MemberCat Got My Tongue!

Still looking for my Warpig, stolen 15 years ago, and my Trigger Fish, and my Fuse, Venom and a few more. Sucks man, I feel for you. Hope you get it back. If little dude needs a bike, I have a Gateway nobody rides, was going to tear it down.

A thing is not necessarily true because a man dies for it.
Oscar Wilde

I stay at hamptons often, they all seem to have security cameras. I would ask. Good luck

If there is extenuating circumstances I am sure we can work it out, just talk to me.

Don’t use Photobucket they suck! But once you get pics on, I’ll keep an eye out too.

Here is a a random pic, while we get the actual picture of the stolen bike! 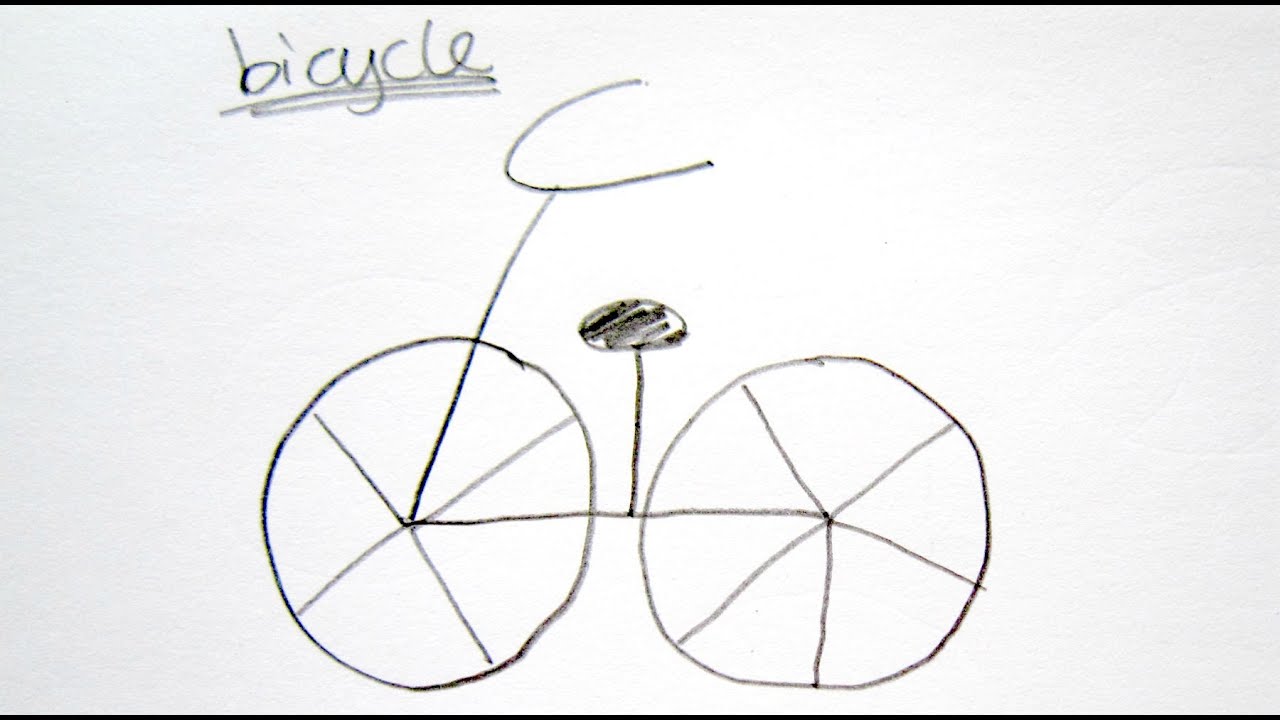 That's horrible to hear happened. You had locked in your vehicle or bike rack outside at the hotel? I travel a lot for work, I've always taken my bike to my room if I bring it along.

So long as the paperwork is clean, you boys can do what you like out there. -Fifi McAffee (MFP)
Hey Fella! You're a turkey! -Jim Goose (MFP)

I deal with a guy in Columbus, I will let him know. He is a road/mountain bike guy, so he is not on here. He buys and sells all the time though, turns the BMX stuff over to me. If we see it, I will let you know. Pics when you have an opportunity.

Thanks for the help

The night manager is reviewing the security footage later and I managed to find a detective who works the stolen property/pawn shop beat and he gave me some ideas
and told me to drop his name.

It was locked up and I meant to bring it up the room. We ate dinner, I went for a ride, called the GF and passed out or I would've brought it up.

Thanks for the help and well wishes.

Woodmaster
Pro MemberCat Got My Tongue!

Any luck finding it?

A thing is not necessarily true because a man dies for it.
Oscar Wilde

Whenever I travel and take a bike they always come right in the room with me! I also lock them up to something in the room that won't move, usually the bathroom sink when I'm not in the room. Good luck dude.

Looking a set of Tioga Monoblock pedals. Also looking for a UFO Pro 24.

99% of hotel thefts are inside jobs from the staff. Full-on.

In shady hotels, the bartenders and other staff (but mainly bartenders) will listen to people and their conversations OR strike up conversation and then relay that information back to their dudes who will hit your car, van and/or locked property late in the night. It's actually a pretty big racket. And the security is usually in on it as well.

I was on tour years ago and staying at a Holiday Inn located in Buffalo. A couple of us felt like drinking early and went down to the bar. We started knocking back liquor and talking with the bartender. Later on in the night, my guitarist and bass player went down and drank more just before last call. The bartender engaged them in more conversation about the band, guitars, drums, amps, etc. I had left to hang out with a chick...but the rest of the band didn't pass out until around 4 am. Needless to say, when the bass player went down to the van the next morning, there was 15 grand worth of gear gone. We knew it was an inside job, the cops knew it was an inside job...but there was nothing we could do except have a couple people from the area keep an eye out for our gear. It really sucked because a lot of that gear was irreplacable.

Also, the van was IMPOSSIBLE to see into. So a theif would have no idea what was inside.

I would PUSH for a COPY of the security video. You can't rely on their word.

Hope you get it back, man.

Yes.   ^^^^^     Restaurant, bar, hotel workers are always on the lookout for a good mark.  Obviously they aren't all bad, but its definitely a large percentage.   Put myself through college in the restaurant business and its shady as shit.


Sorry about your bike, man.   I remember that feeling from when I was a kid and my Race Inc. got stolen.  I can't even imagine how strong it would feel as an adult.

Hope you get it back.

I love pretzels and drain pipes.

I'm in Cleveland, I'll keep an eye out when I'm bike hunting.

"It's only an island if you look at it from the water."

Yes.   ^^^^^     Restaurant, bar, hotel workers are always on the lookout for a good mark.  Obviously they aren't all bad, but its definitely a large percentage.   Put myself through college in the restaurant business and its shady as shit.


Sorry about your bike, man.   I remember that feeling from when I was a kid and my Race Inc. got stolen.  I can't even imagine how strong it would feel as an adult.

Hope you get it back.

Yeah, dude, all it takes is, "Where you guys from?"..."Where you playing?" for example.

First question answers which plates to look for. Second answers whether you brought your own gear or not.

Out of state means you can't be a bother and go looking for whatever got ripped off for any worthy period of time.