I purchased this rare 99-00 Cheeta Mini about five years ago in Ontario California from Joseph, a aerospace welder who welded the Cheeta frames. As I understand it from Joseph. Jeff, owner of Cheeta Cycles hired Joseph as a welder, to get the primo aluminum welds. After Joseph got off of work welding as an Aerospace welder in Ontario, he would come in and weld the frames together. He said all the frames would already be in the jigs ready for him to burn together.

After finishing a special order of 500 Mini race frames headed to Asia, Joseph asked Jeff if he could burn one more together for his son from the left over stock. Jeff of course said yes, and they sent this + 1 frame through paint and decals with the ones bound for Asia. Except, this one stayed in the U.S. This is the + 1 frame, the one Joseph built for his son.  The last picture is the CL pic in Joseph's driveway with the training wheels, steel 16 inch wheels, and whatever parts Joseph could find to build it into a working bike for his son, including the Shamano cranks he cut down to fit. Of course it should be sporting a 20 x 1-1/8 wheelset, but it looks pretty cool with these black & silver FA 16 inch alloys. I have other Cheetas, but after meeting Joseph, and hearing the story of this mini Cheeta, I consider this one to be special. Thanks Joseph . . . I love this pint-size blaster -
It's mini in size only, full size in radness

I love this pint-size blaster -
It's mini in size only, full size in radness

FULL SIZE RADNESS . . .  I like it!  Thanks Baz. It's hard to believe I've had this mini five years debating whether or not to cut down the stanchions on those forks

Great looking bike. All Cheetah just in a smaller version.

Thanks you burd, I’m hoping to finish these two up this year. I’m going to polish the white one and pack it full of ano. 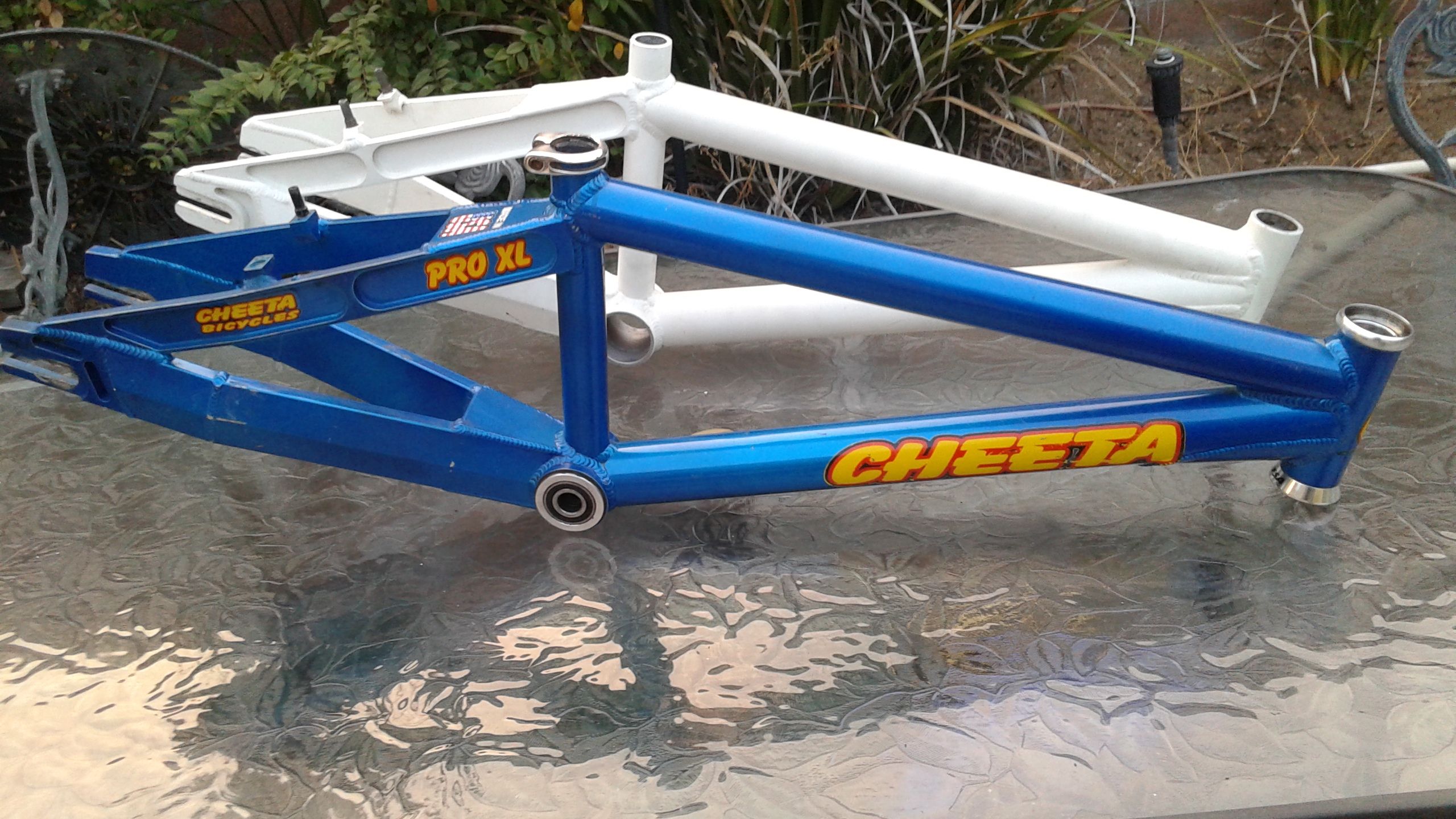 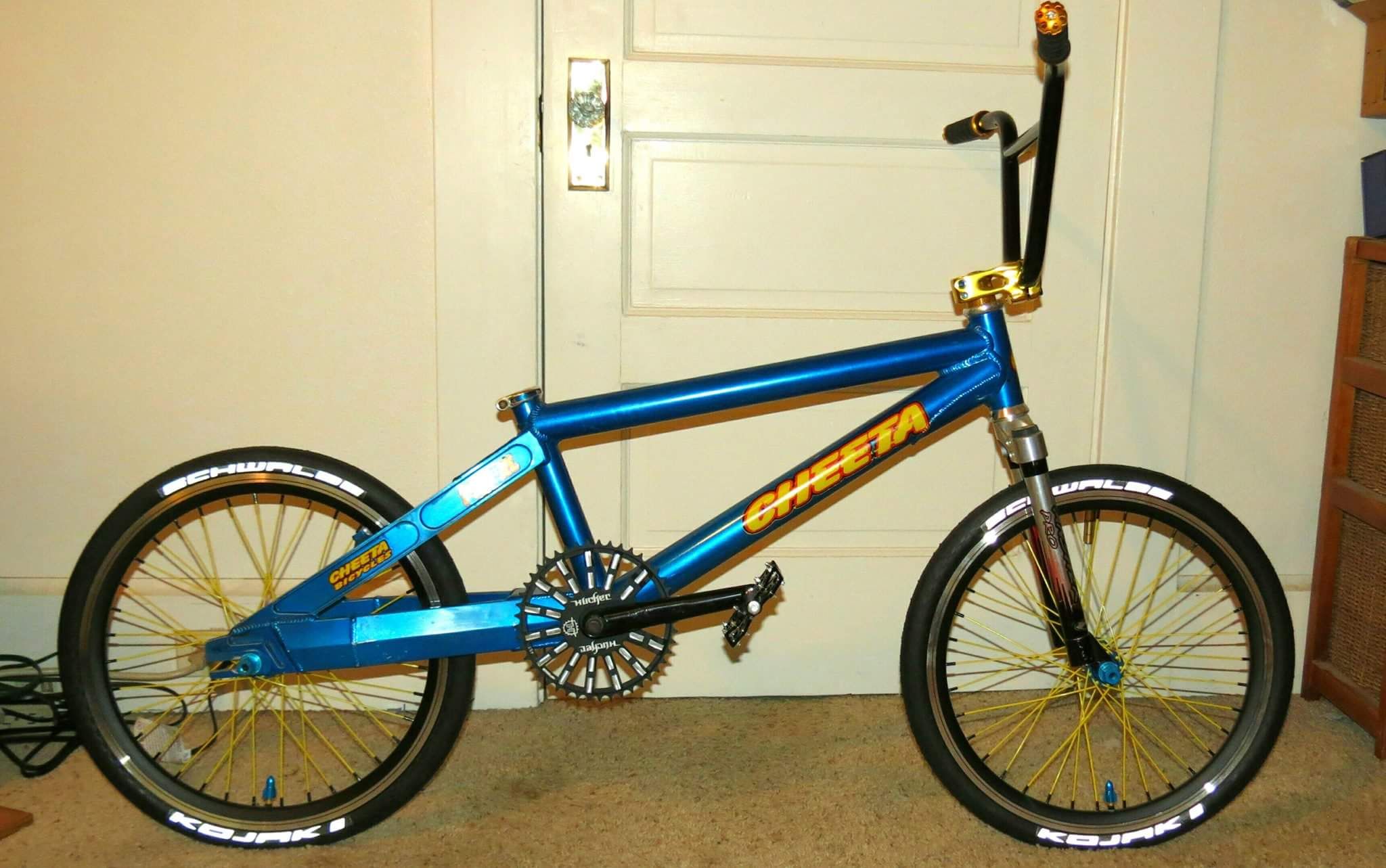