Survivor Restore of my best friend's T/A from the 80s.

I wasn't an active member on the site due to divorce, etc, but I was restoring this for my best fried who brought it down from Ct. for me to look at.  The chrome was rough, but I managed to do a full restore on it the way it sat.  The MCS stem sticker took over 2 years to source, but it's all there.  It's not a rider, so I never quite finished the brakes and other things.  But this is a giant leap from where it started.

Very nice, can we get a shot of the BB shell with the date on it, 85 TAs don't surface too often would love to see it

Sure thing.  It's kinda hard to see in my office lighting.  But it says 8-84 and then the serial number.  So, I assumed it was sold as an '85, which is when I met Vic.  The bike was brand new when I met him.  He was coming off a Race Inc full aluminum rig. 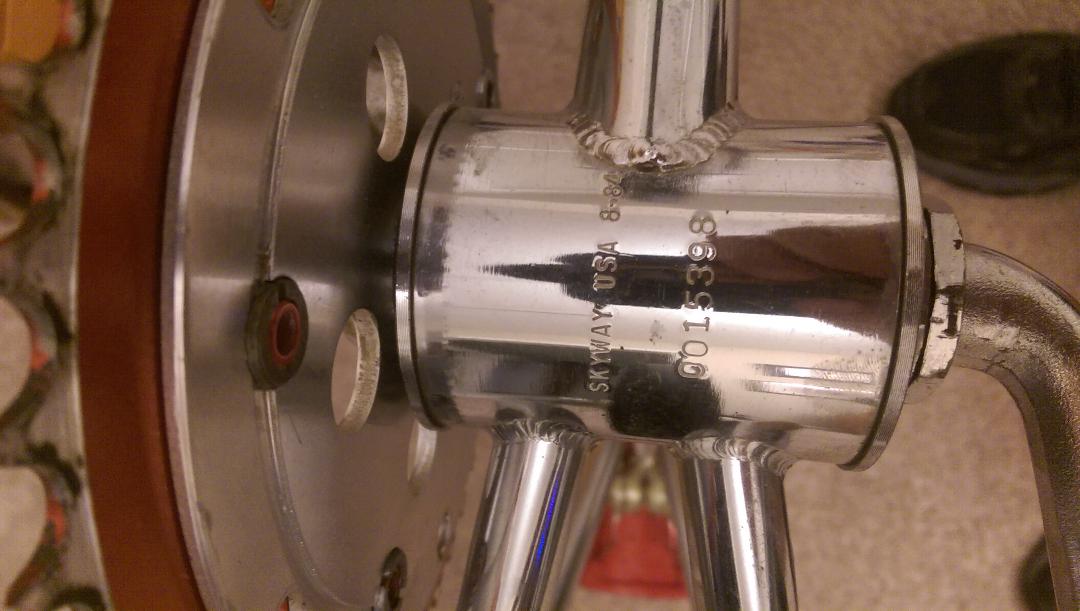 So, even though this would have shown up in the shop for the 84 Christmas season, it would have been marketed as an '84?  So, it's not like cars.