Thought I’d share this build with you all, I don’t normally post topics on the catchall but figured this was something interesting.
Season started off as a street influenced parts company from Dayton, Ohio. Being from Ohio, I supported them quite a bit early on, eventually becoming good friends with some of the team riders. After some bad money management however, the owner of the company ended up selling the rights to the logo and namesake to UK based Proper Bike Co, which ended up making frames for a short stint but in turn made them their sister parts company.
Recently I acquired a UK Season Bikes frame on here from ReineRache, and it brought back some memories of the old days. I hit one of the ex-team riders up to show him the frames, and he came at me with this wild thing.
Evidently, at the end of the original companies life they had tried to make a frame. At the time, Cory Jarmen was on the team, but also riding for a company called BlackEye, and had a signature frame from them called the ‘Killarado’. Trying to make him leave the company and solely rode for Season, this frame was their attempt at a BlackEye copy with a few modifications including double headtube gussets and integrated seatclamp, and welded on mount.
There were 2 of these frames made, one was ridden by the owner and the other by my friend who rode for the company. But by then the company was already on its last leg, and shortly after the sale to Proper the owner ended up breaking his frame. My friend ended up getting picked up by another company that gave him a frame, and he retired his prototype.
So after a few texts he told me he wanted me to have the frame, as well as a few of the parts he had kept a from that time. He gave me a NOS front hub, the stems, seat post and bars which are all Season. He then was able to talk to a friend and get me the cranks fairly easy. The sprocket was the hardest part, luckily a fellow member on here had one and hooked me up. You are my boy Doug!
So enough of the words, here is the bike and the parts I’ve gathered. Short TT as well as height and stem length all add up to a flatland build, although this was designed for street. Leaving the patina as is, and will raw the bars out to match. Doesn’t have a name, but I’m considering it the ’Killohio’ as a play on the bike it was designed from 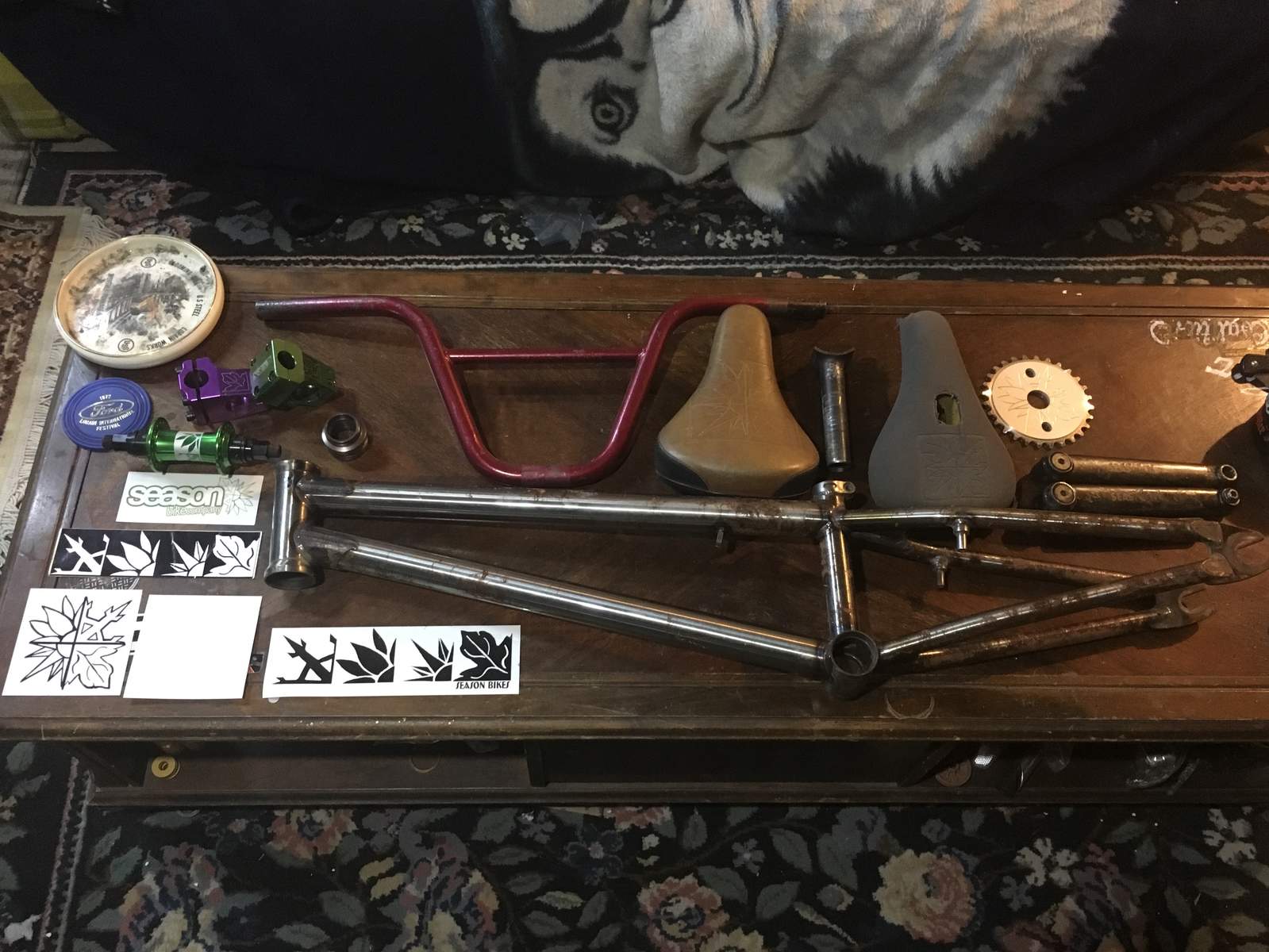 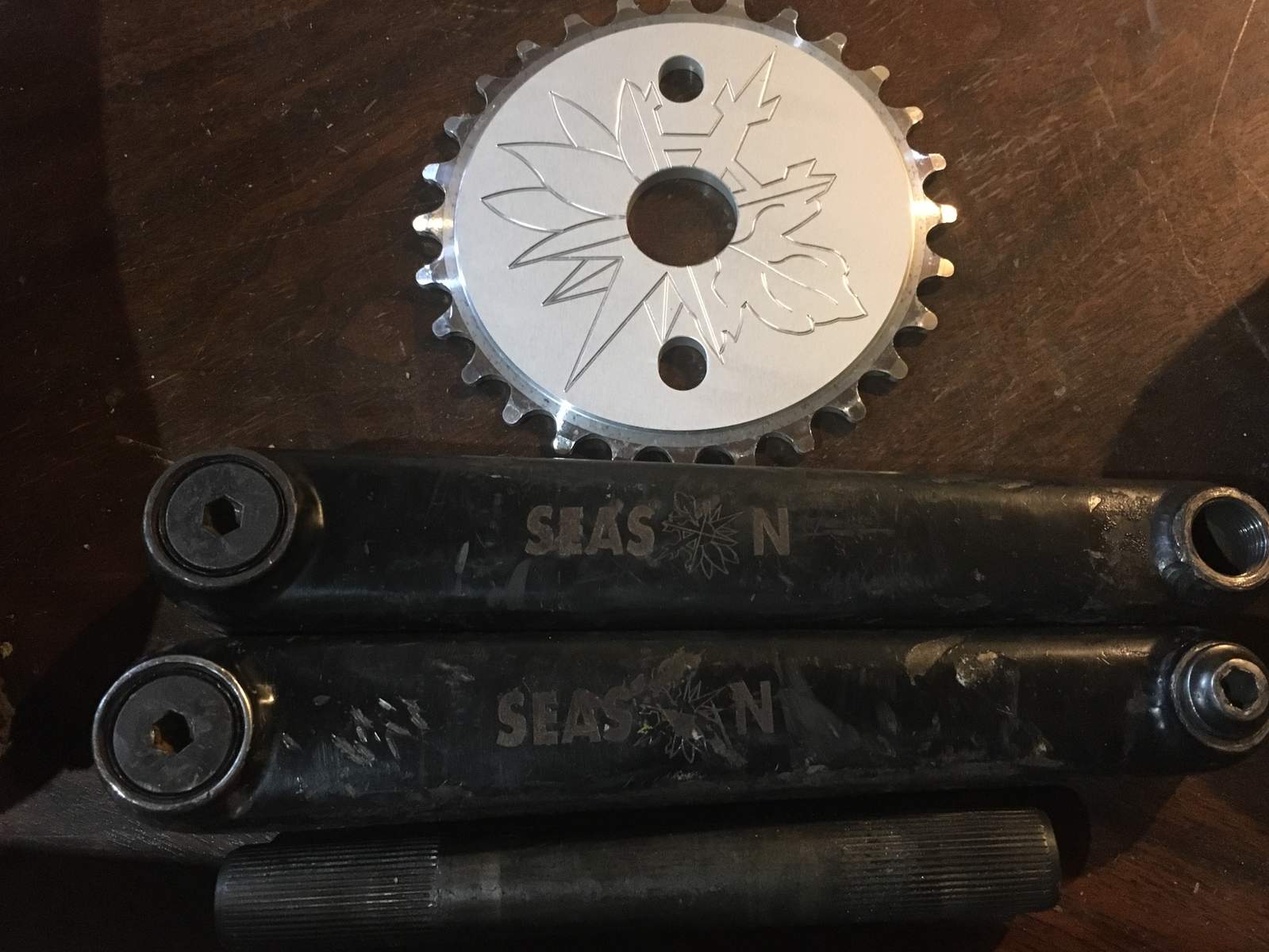 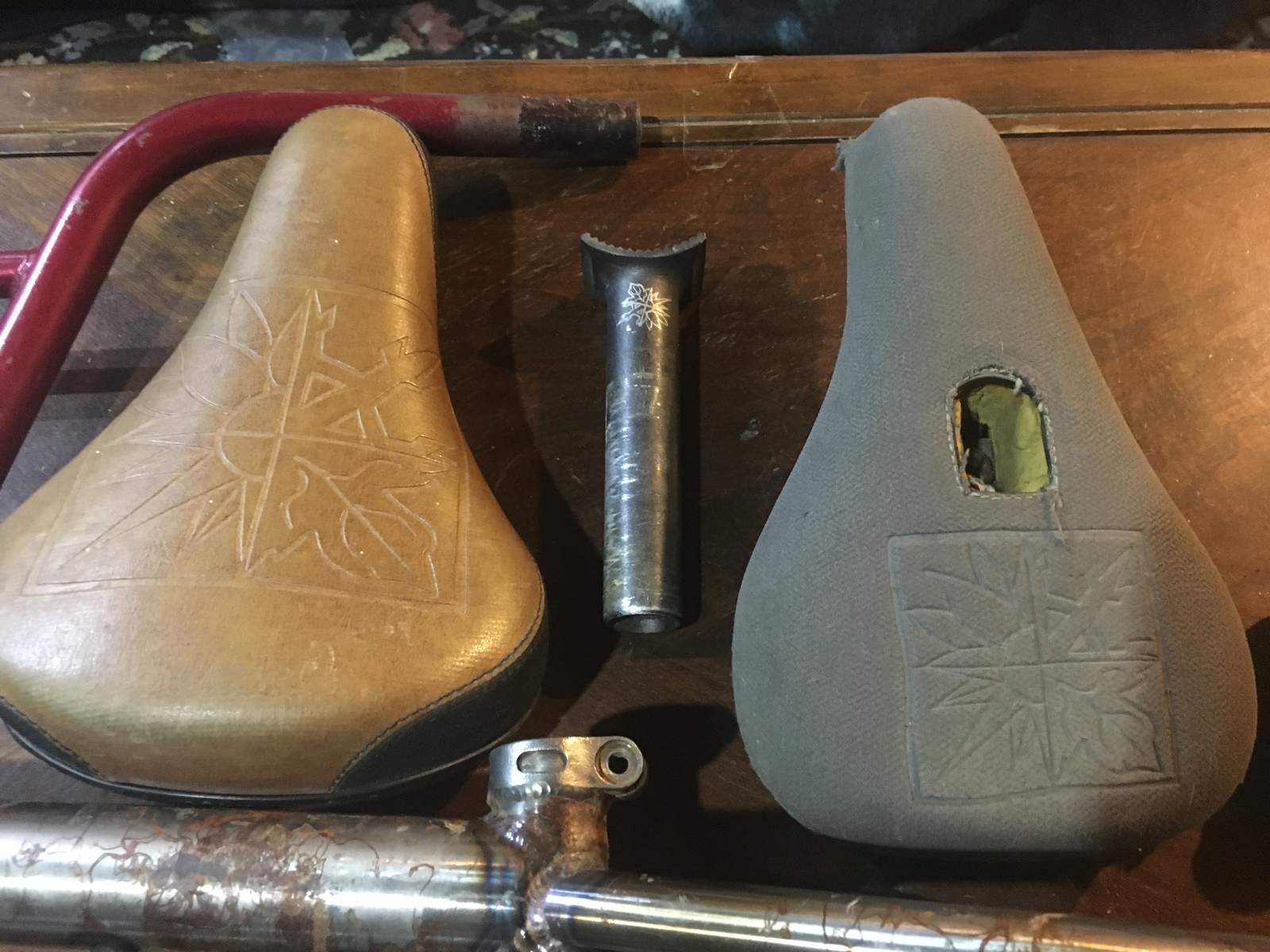 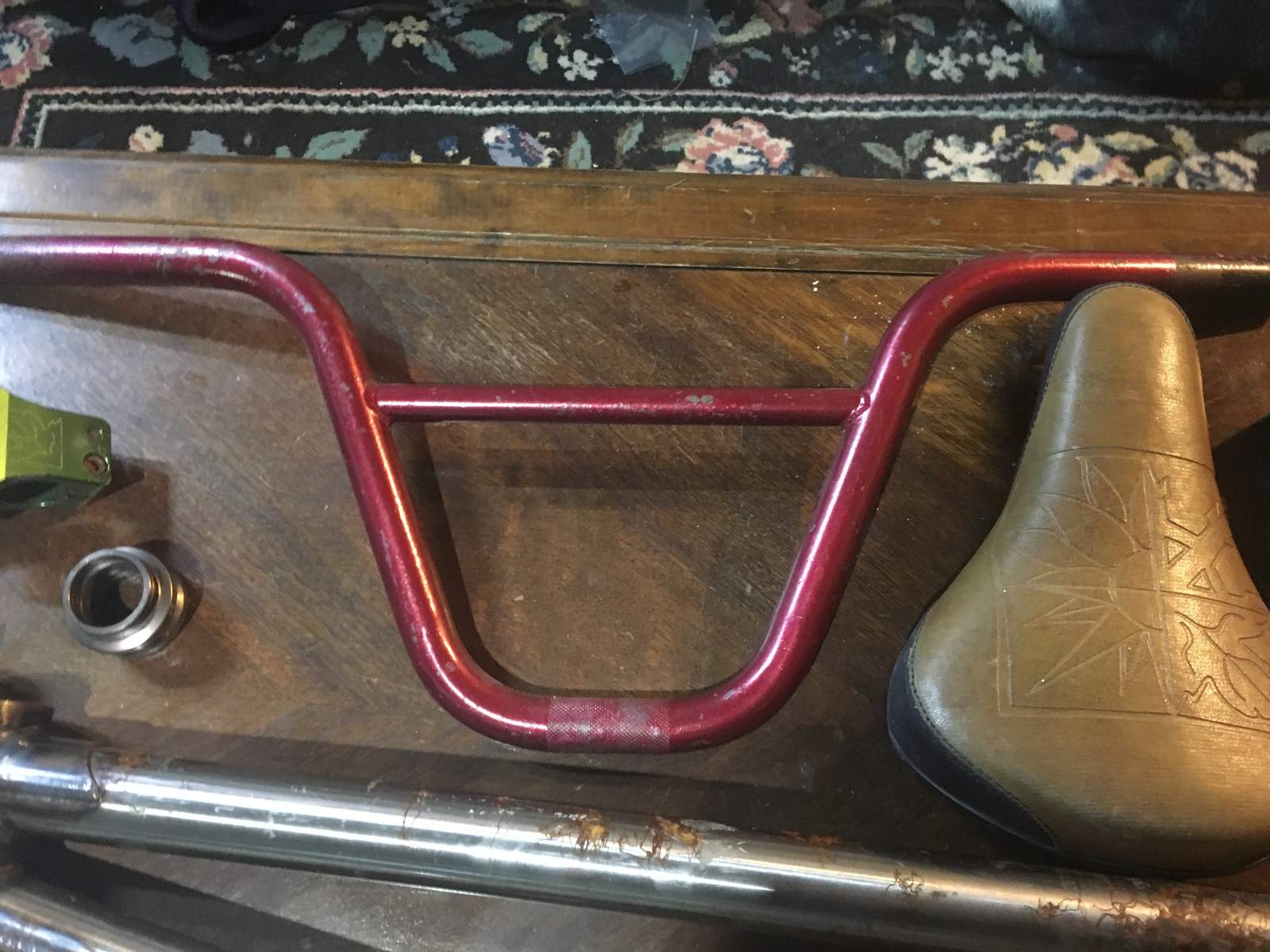 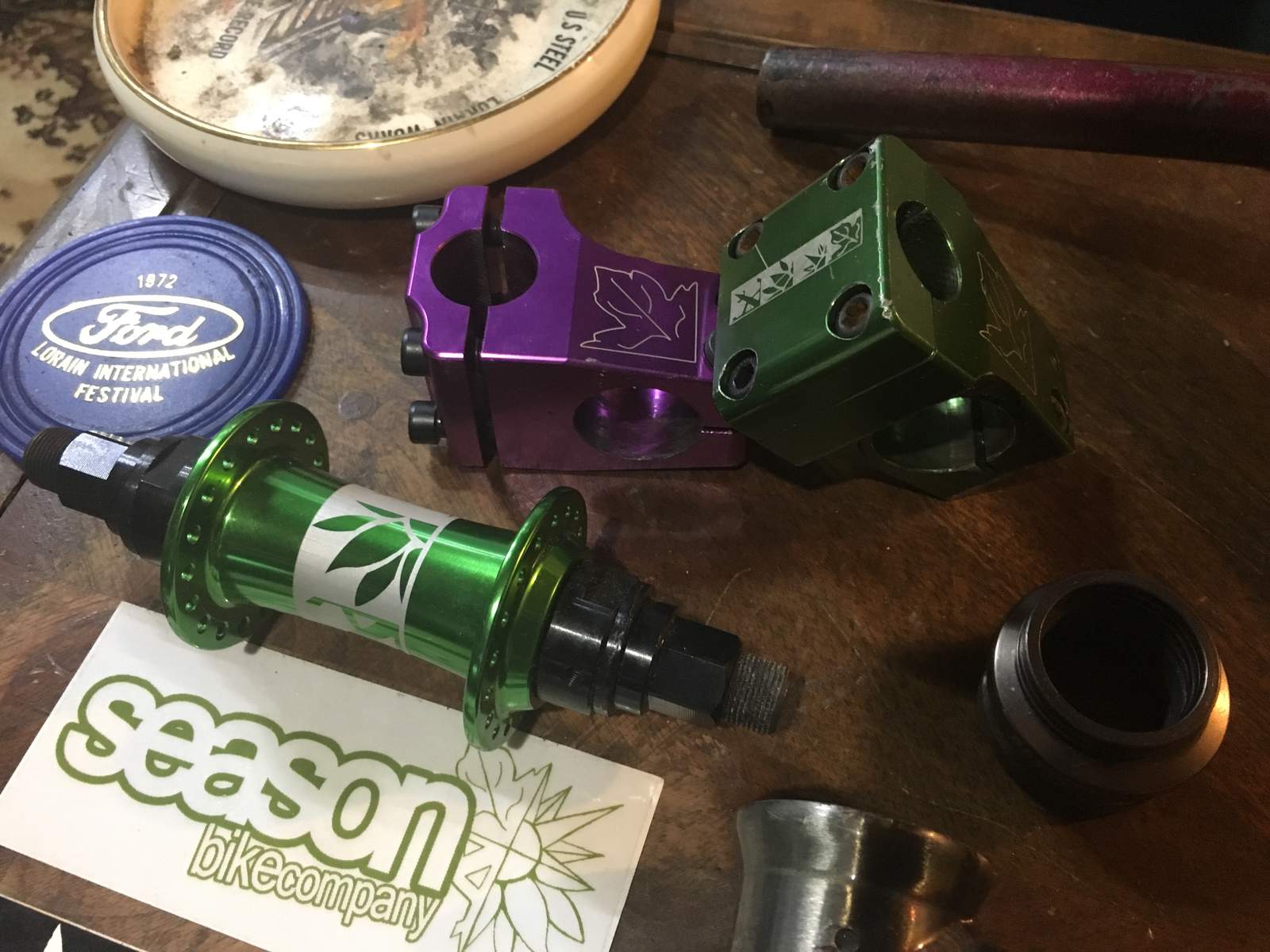 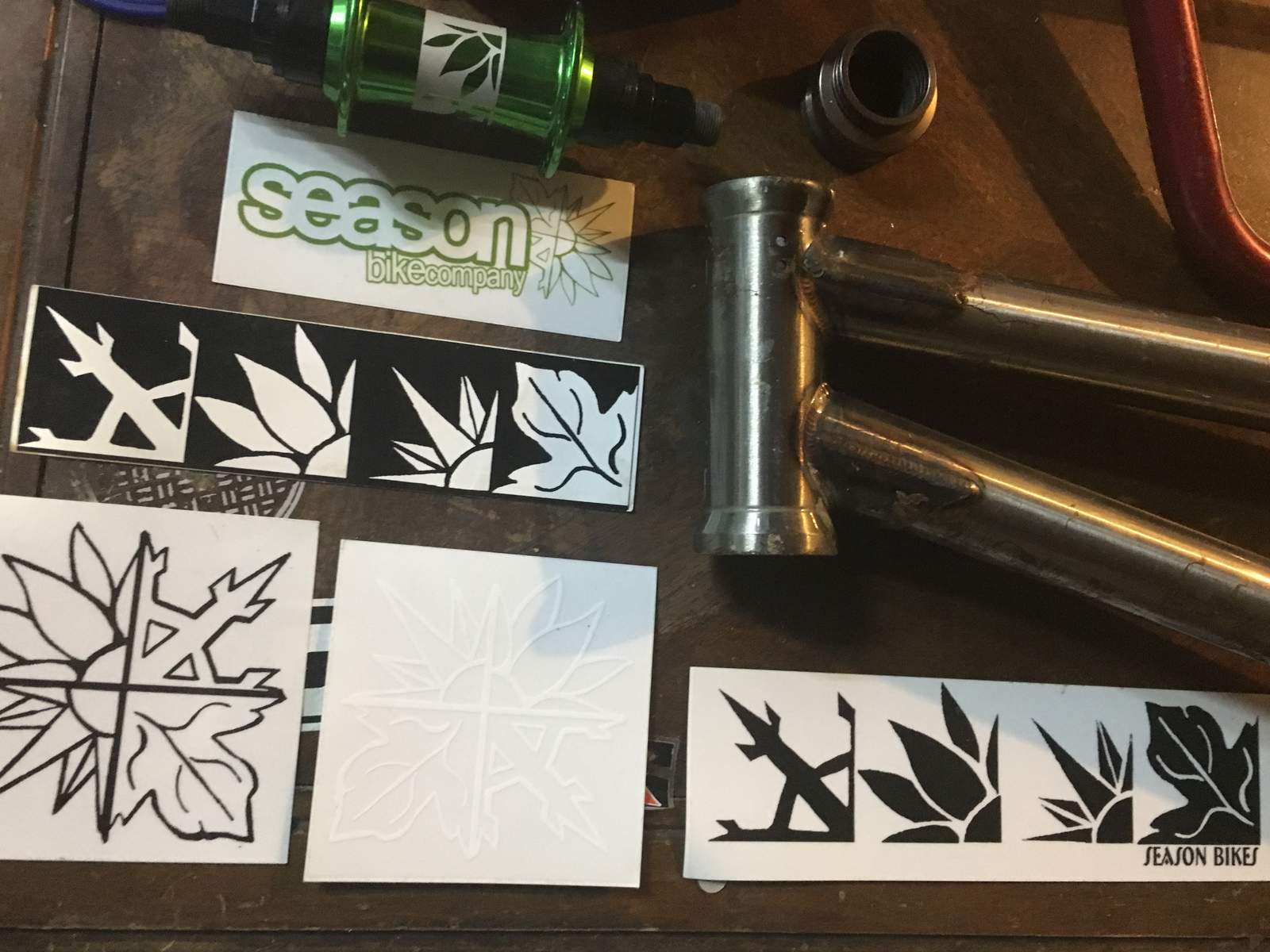 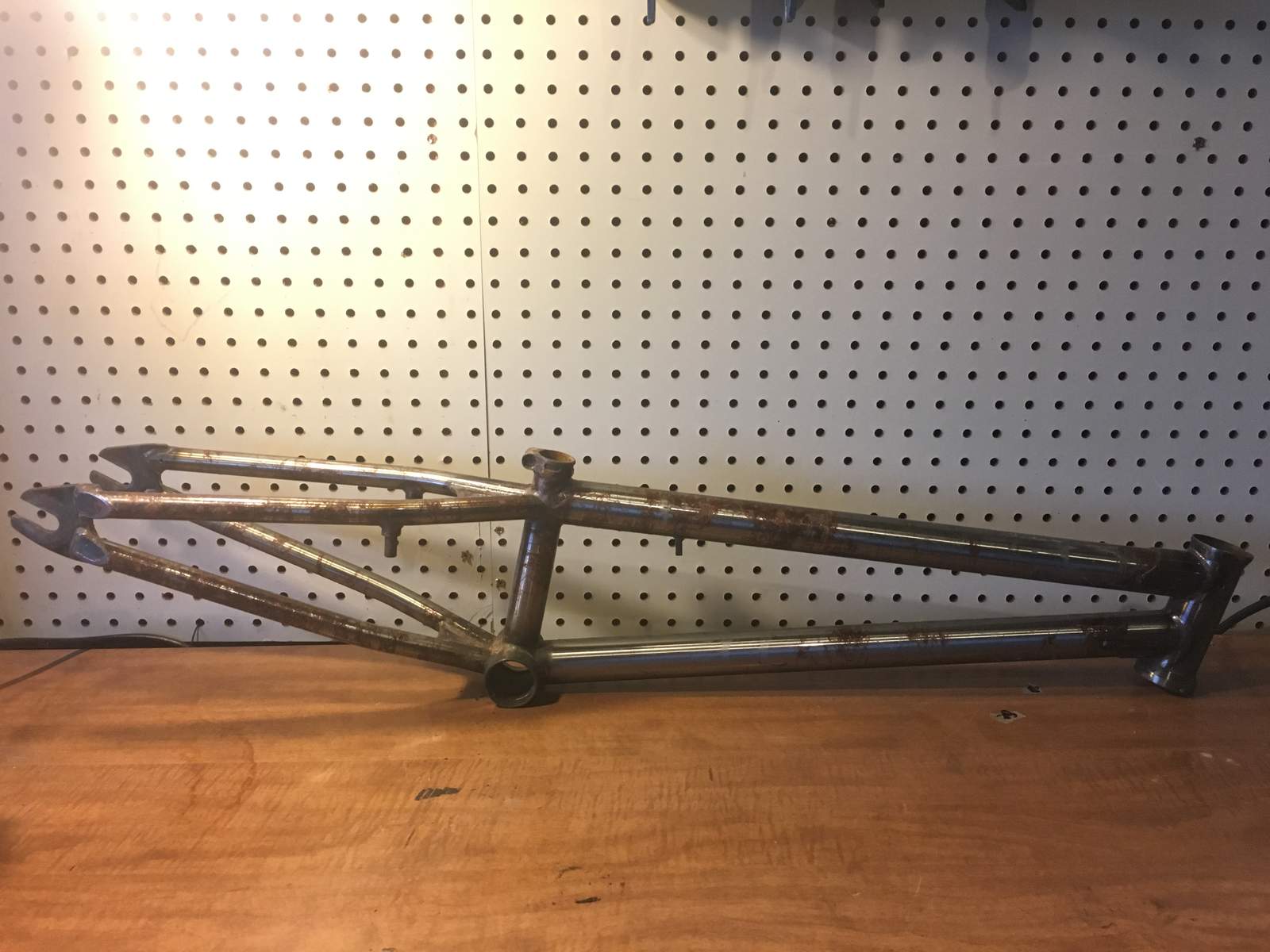 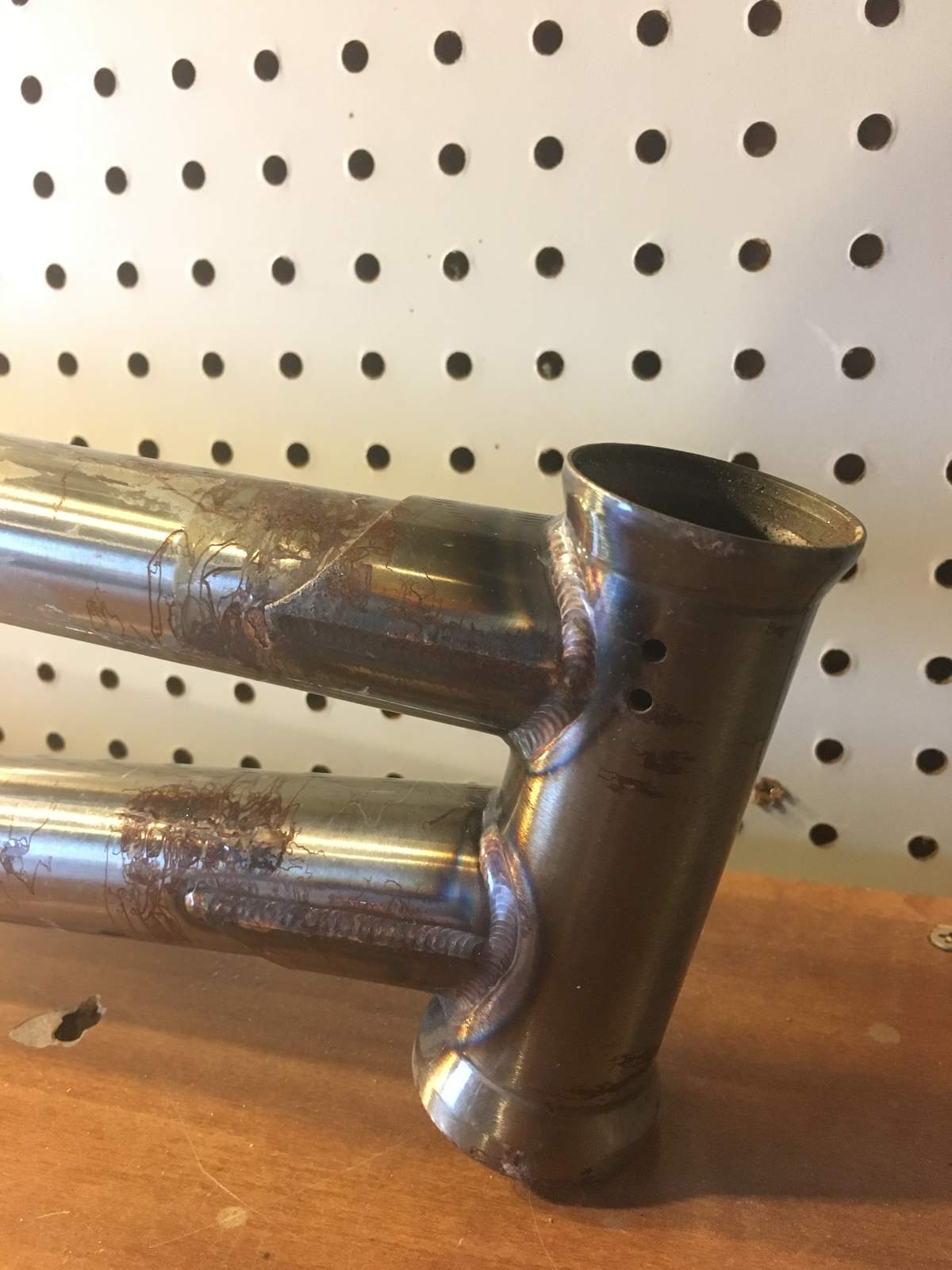 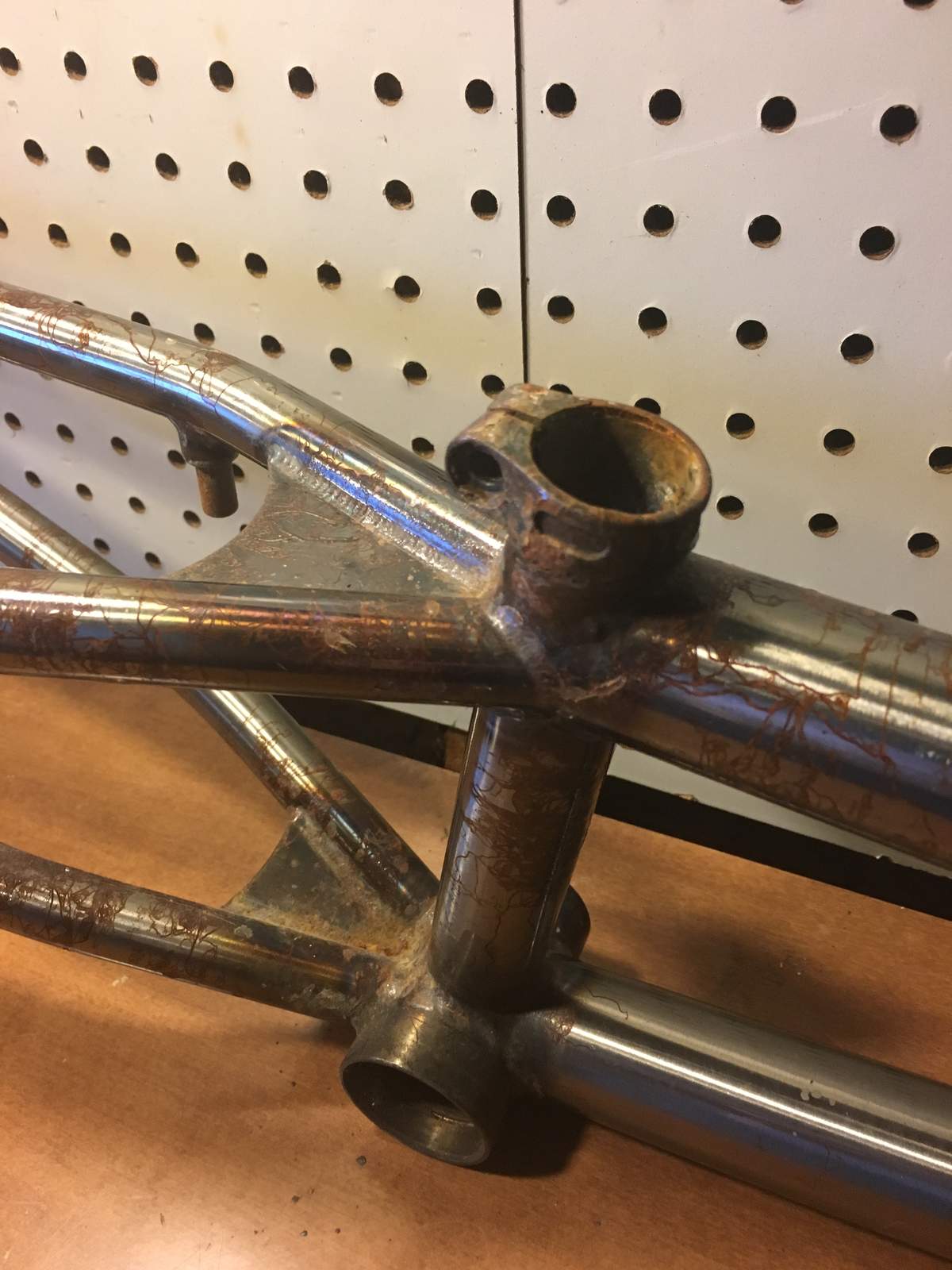 I'm from Ohio and never knew they existed. Cool history/story. Glad it found its home with someone who definitely appreciates it. Looking forward to seeing it built up.

-"The only thing I'm good at is riding this bike"
-"I've come here to chew bubble gum and kick ass. And I'm all out of bubble gum"
-"Who's the fella that owns this shit hole"
-"As a Union Machinist that takes immense pride in his work and work ethic I want to totally motherf*ck you...but you're not a bad dude so I guess I'll just leave this instead" - Burning River
-"pound me in the ass Hutch pink" - IPD

So stoked to see this built 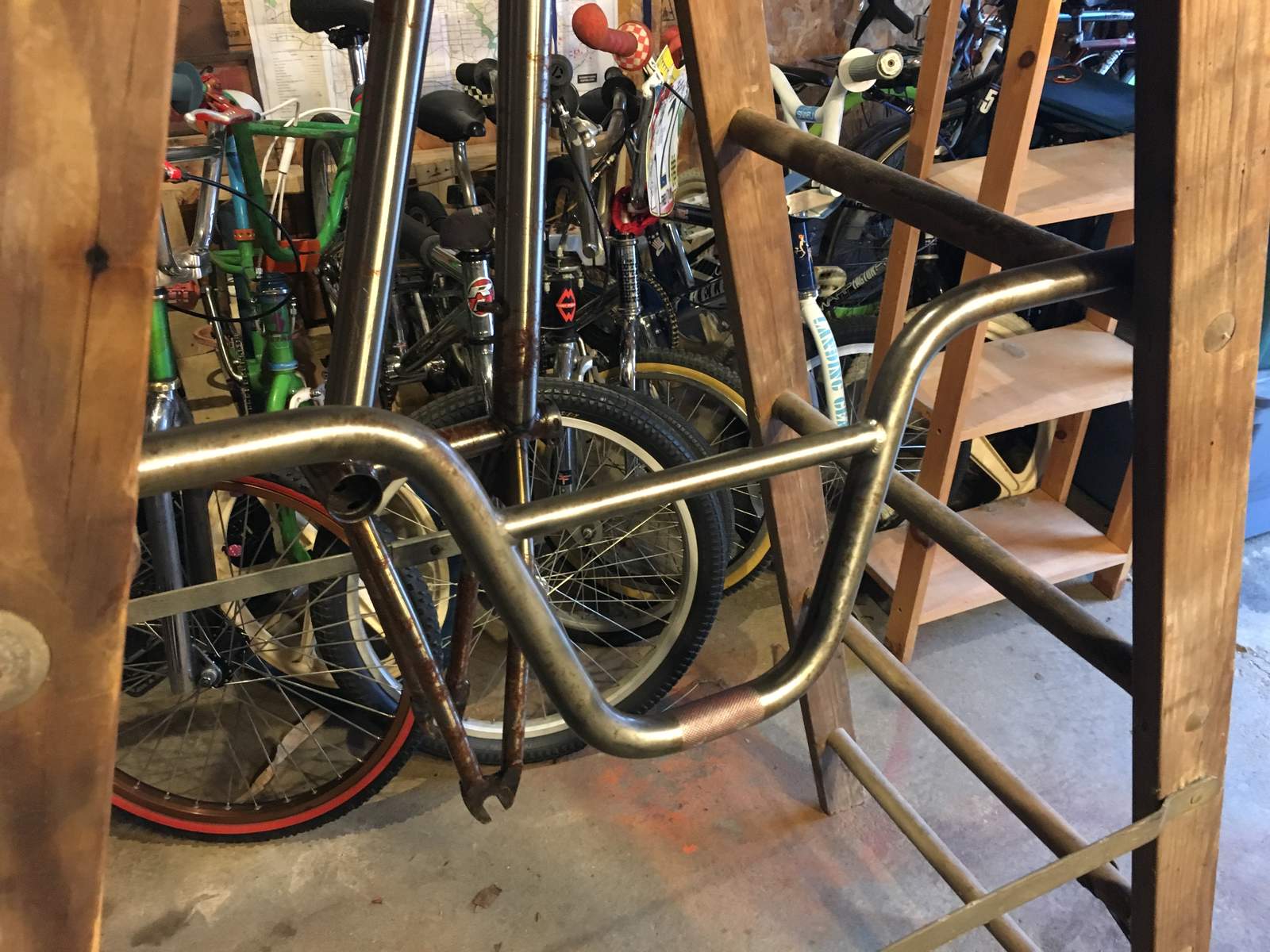 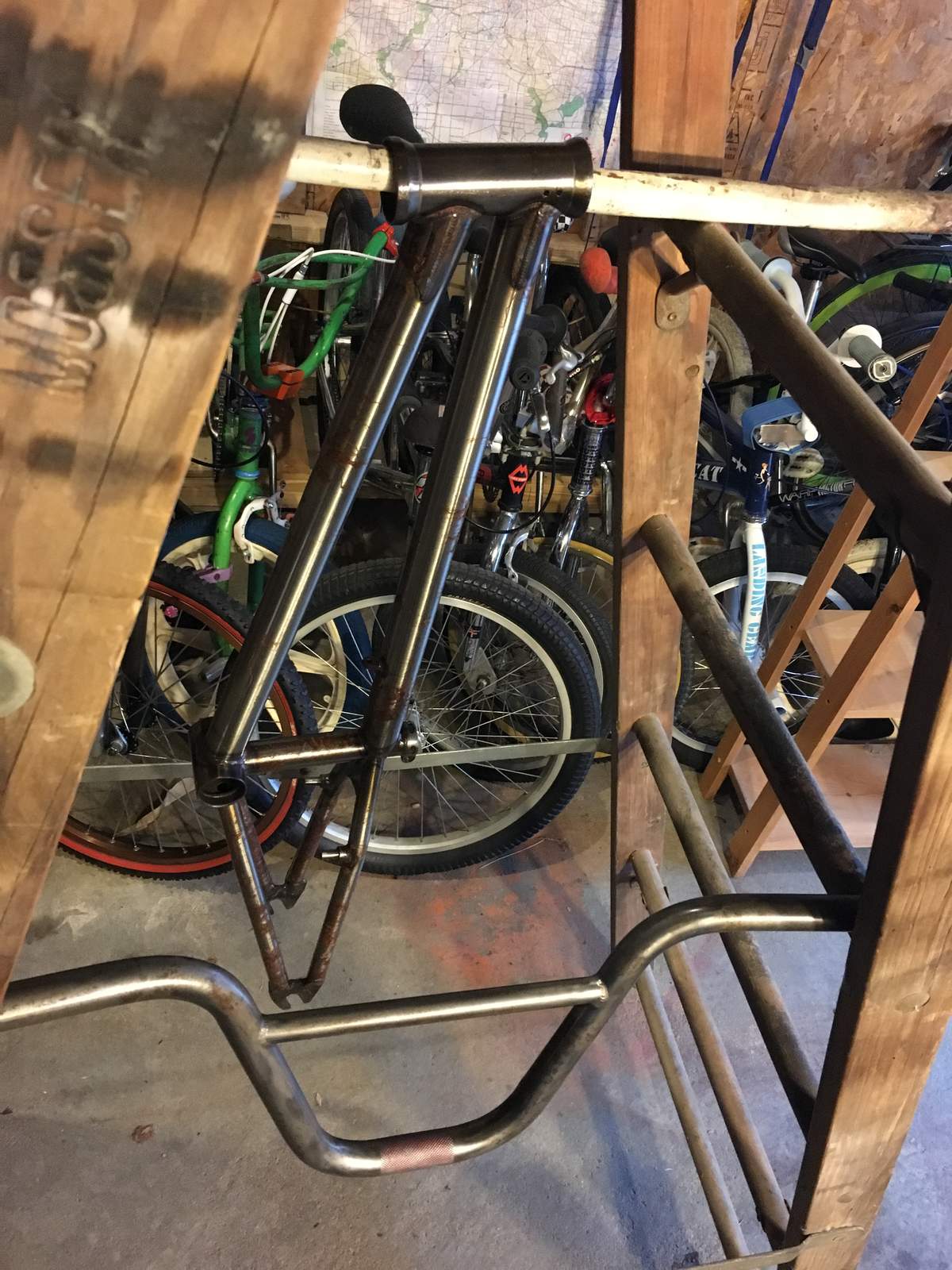 Bars have been stripped of the red, and I sprayed some more clear over the existing clear on the frame to patch some of the holes the rust had made through the old clear coat. I only touched up the seat post clamp area before clearing the frame. At the request of the previous owner to leave the patina, it was my only option which I’m glad he wants to have input on the build.

wow will be watching this one.

Really cool! I had one of the stems and I think I still have a sprocket somewhere.

White Revenge Industries Da'Kine grips. Found! BIG THANKS to npatrick!
Wanted- Injury free 2020! Not the best start! Rotator cuff is taking forever to heal!
All of my stuff is for sale, except for my raw inTRIKat!!!

Fun fact. I grew up and rode with Casey Longshore in Georgia. I was from the next town over and a big group of us would meet up in Albany every weekend at the LBS.

Really cool! I had one of the stems and I think I still have a sprocket somewhere.

Awesome! If it’s green I’ll happily buy it from you! Haha took me forever to find the silver one, luckily thanks to the museum here I was able to come across it!

Fun fact. I grew up and rode with Casey Longshore in Georgia. I was from the next town over and a big group of us would meet up in Albany every weekend at the LBS.

Awesome, I only met Casey a few times but I have become friend with the rest of the old Season team over the years. I did not want to name names but I will let it be known that Troy Merkle is the one who supplied me with this frame and most of the parts. It’s a very big honor to me growing up in Ohio and looking up to Troy and the rest of the Season team 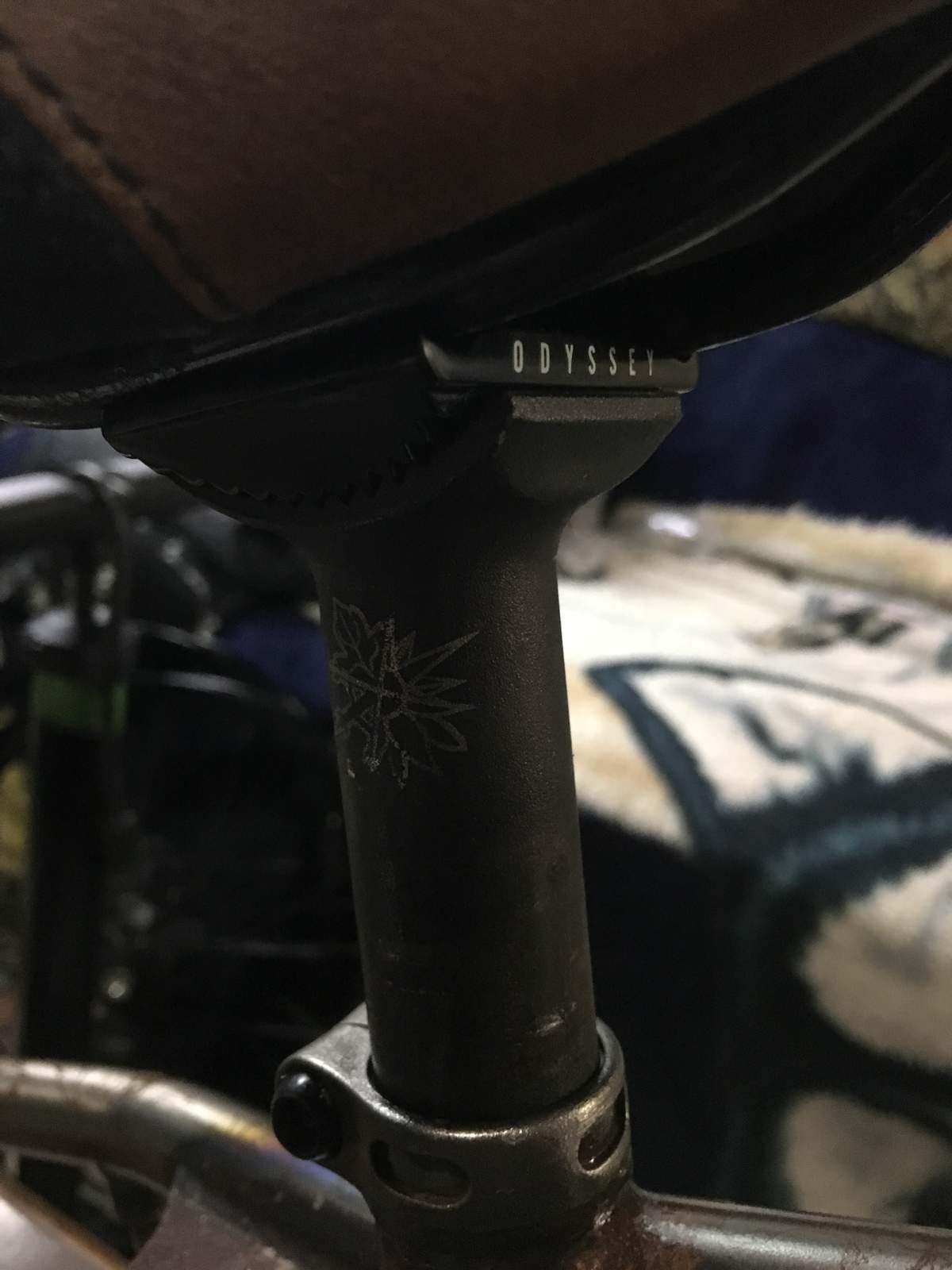 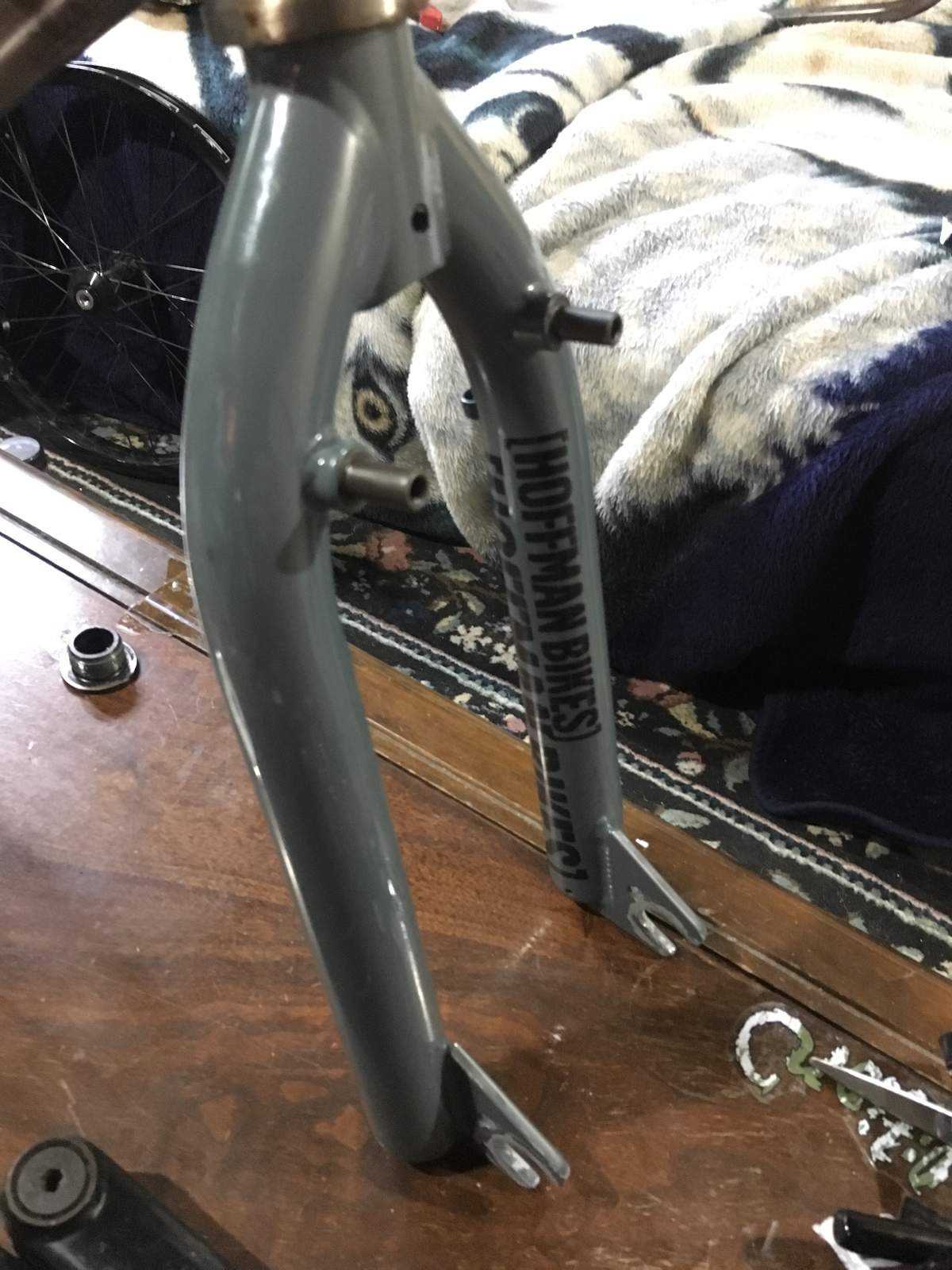 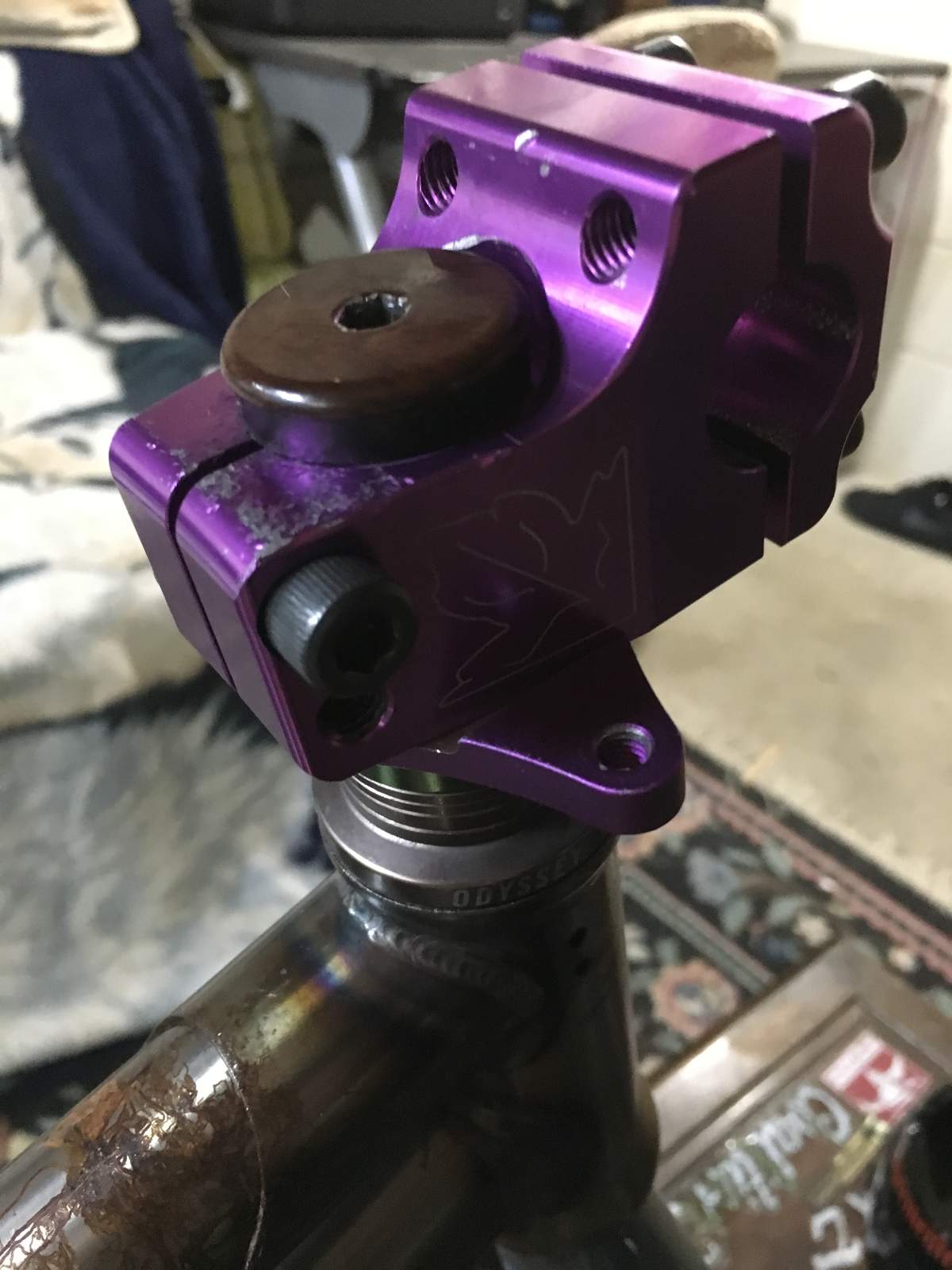 Got the forks figured out for the bike, as well as the stem and headset fitted. I could not use the Hoffman top cap because of the length of the stem, but luckily I had a wood grain tree cap handy that fit the threads. But of course, the threads stopped but there is more of the cap, so I had to use a 1” headset spacer to take up the slack.
Also fitted a set of convertible guts to the seat and post, so I could use the railed seat which is in better in condition, plus add some height to the small seatpost. I do not want to use a different post as this is the post the original owner used in it. 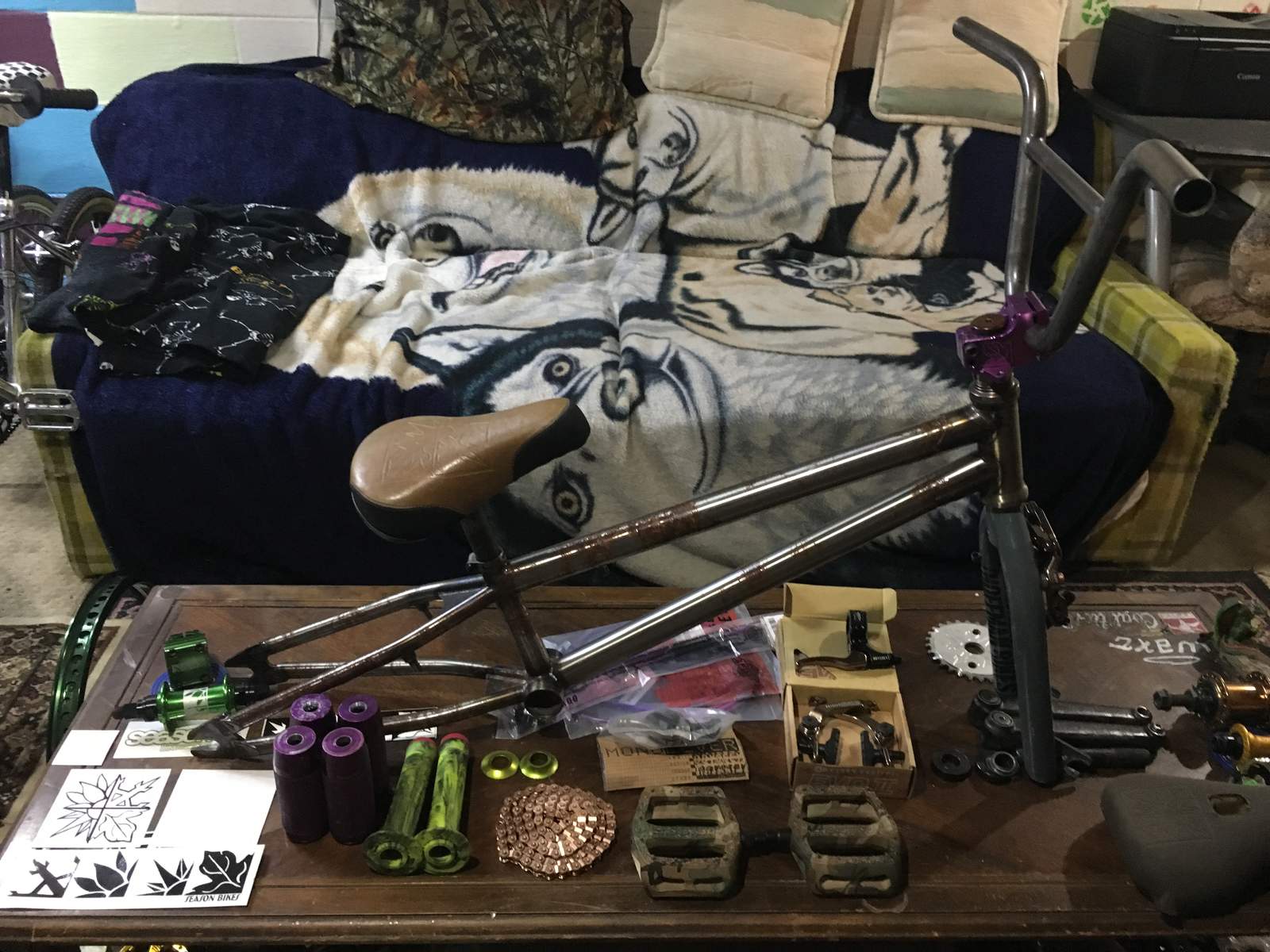 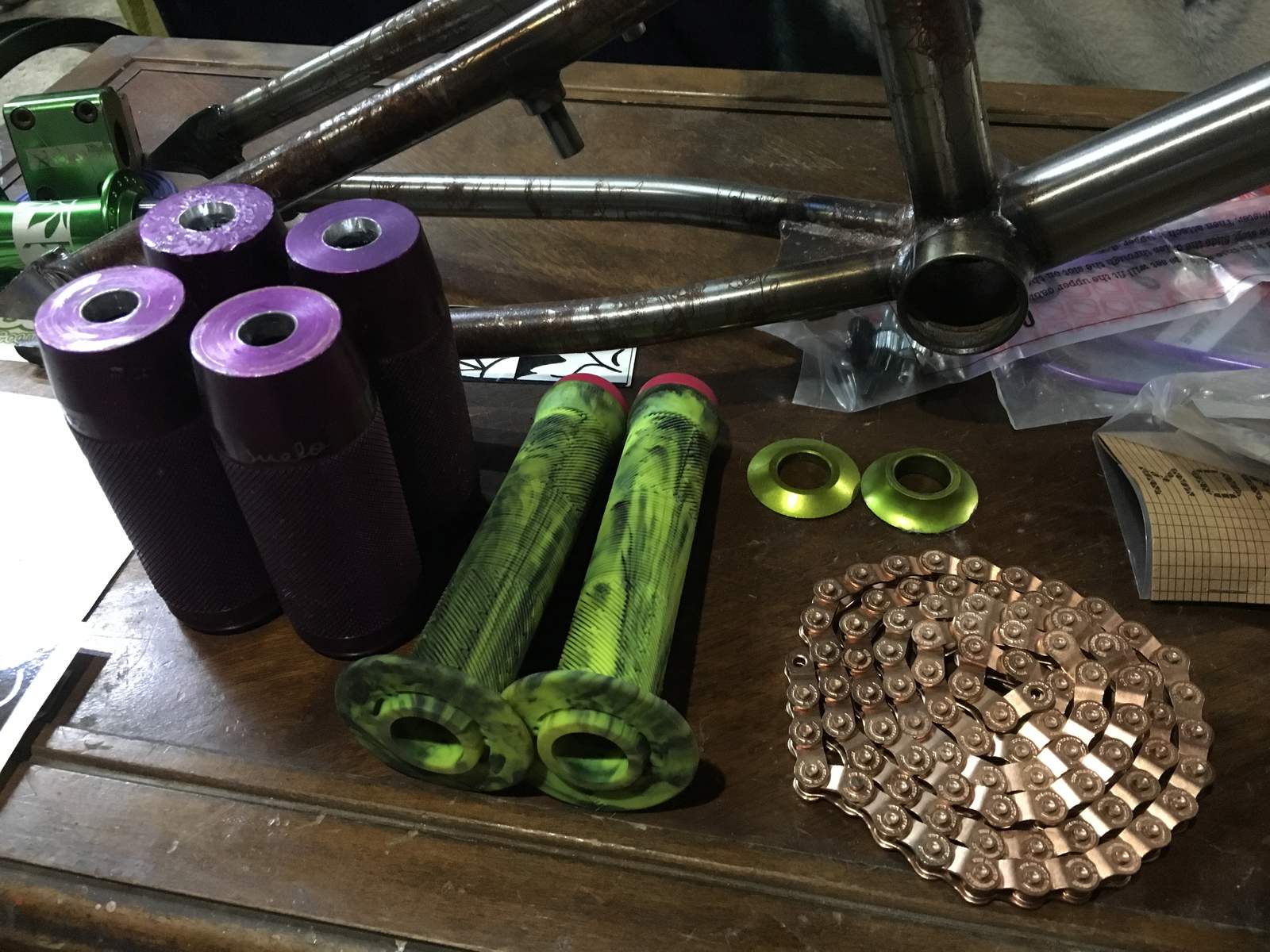 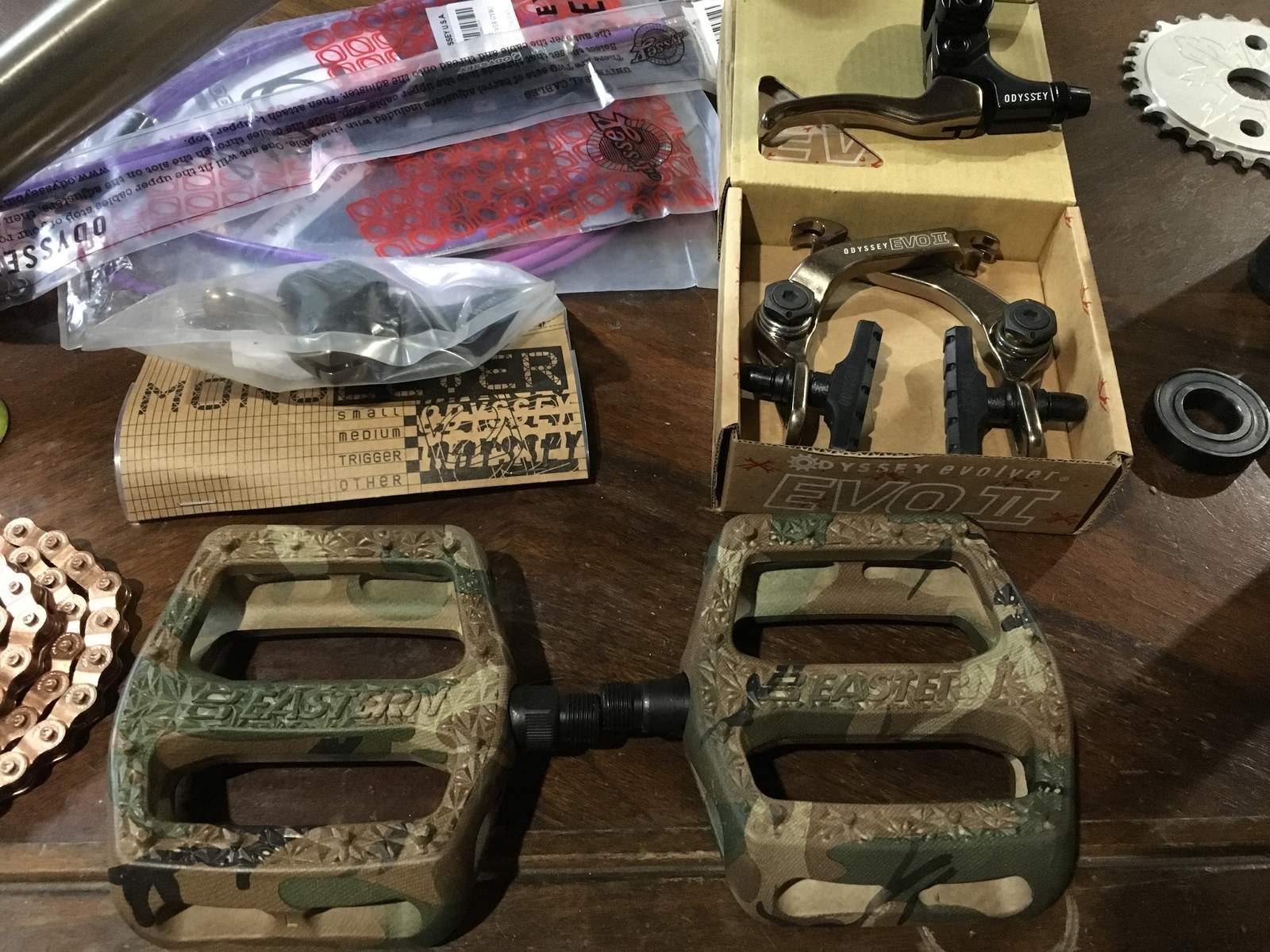 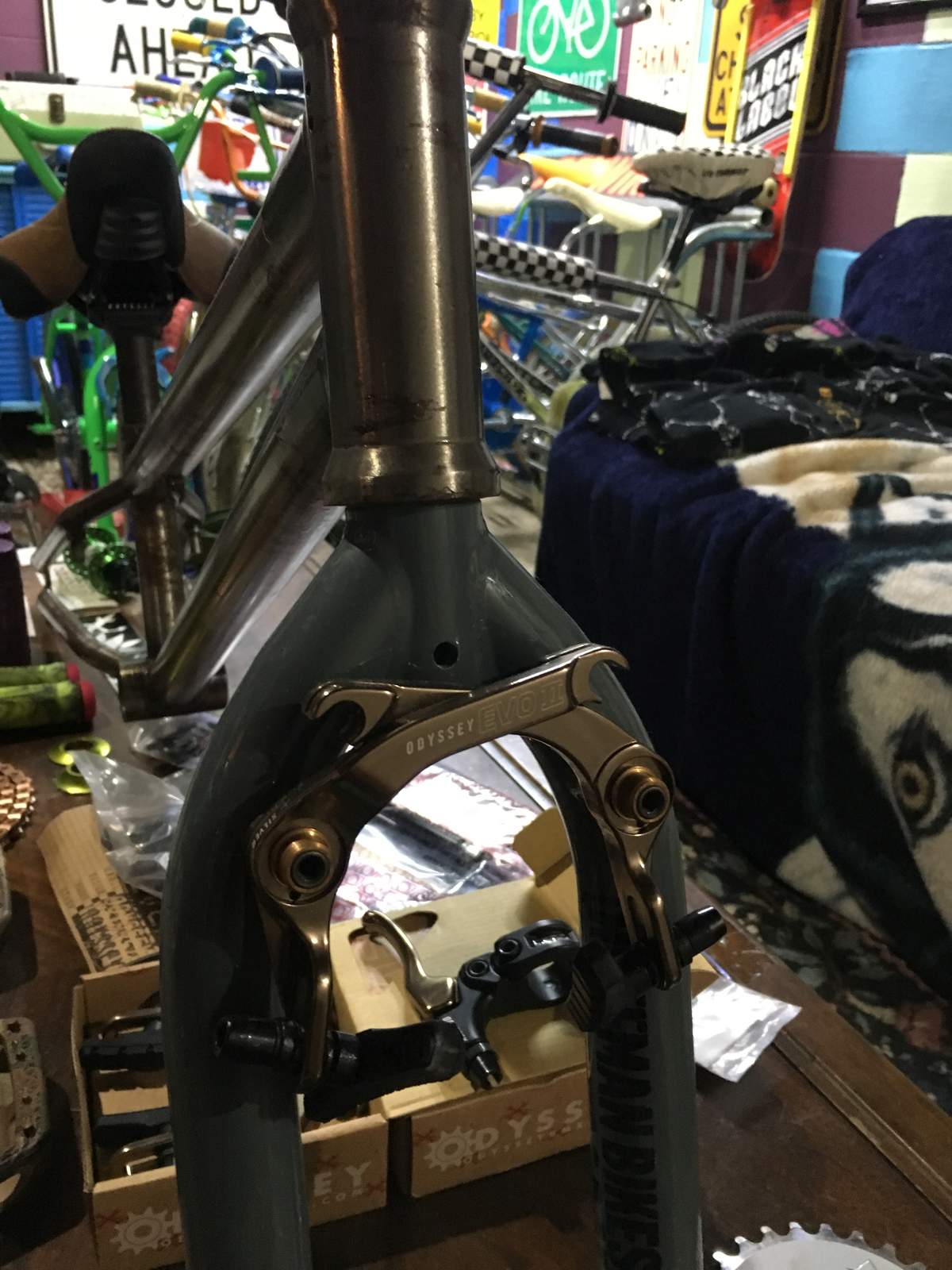 Slowly but surely building up enough parts to build this thing. Basically down to getting the wheels built, have a set of rims in mind but can’t pull the trigger until next pay day. Damn tax man has me down. Shout out to ssdjoey for the hookup on the front brakes in bronze and smokeyrust for the copper chain