So I bought a Hutch Frame to build for my daughter as a budget build rider. Tange forks came with it.
I was intrigued by it because it had a double brake bridge. It was welded together like a double thick drop out would be. Upon closer inspection I noticed a crack at the bottom of the key hole in the bottom brake bridge. The crack had been welded together, and a second stamped brake bridge welded to it, over top. Now the really strange part, and I have never seen this done, on the head tube they added reinforcing rings similar to the National Pro for example. The strange part is that there is no cracks on the inside of the head tube. At first I thought that perhaps these were done as a home repairs, but where would they get a stamped brake bridge that shows no signs of being hacked out of another frame? The frame was also chromed after the repair, so I was thinking that because it appears to only be chromed once ( no loss of detail in stamping and no other apparent layers on the inside of the head tube or bb shell) it might have started life as a painted frame? I have never seen a painted Pro Racer. Very mysterious, LOL.
My daughter loves her new ride ! I tried to get it looking old school with out spending a ton of money on it. I used mostly parts I already had laying around, traded for some stuff, and only bought the bars, repop tech 4 lever, and rattle can smoked chrome two stage paint for this build. Chrome under it is still in very nice condition, but she wanted a black bike. We went for a ride yesterday for the first time, her on her Hutch and myself for the first ride on my also newly completed Kuwi 24.All I need now is some repop chrome lettering Hutch decals on a clear background and she will completely finished. Anybody out there have a set?

Nice-looking ride - your daughter's a lucky girl! Have you got any close-up pics of those brake bridge and headtube mods?

old_school_bmx_guy
you spent how much?!

Sweet build. I agree, your daughter is a lucky girl.

Nice-looking ride - your daughter's a lucky girl! Have you got any close-up pics of those brake bridge and headtube mods?

For sure, she really loves it. Every night she is asking me to for a ride with her, after she is done her homework I will pick out one of my rides and we cruise the neighbor hood 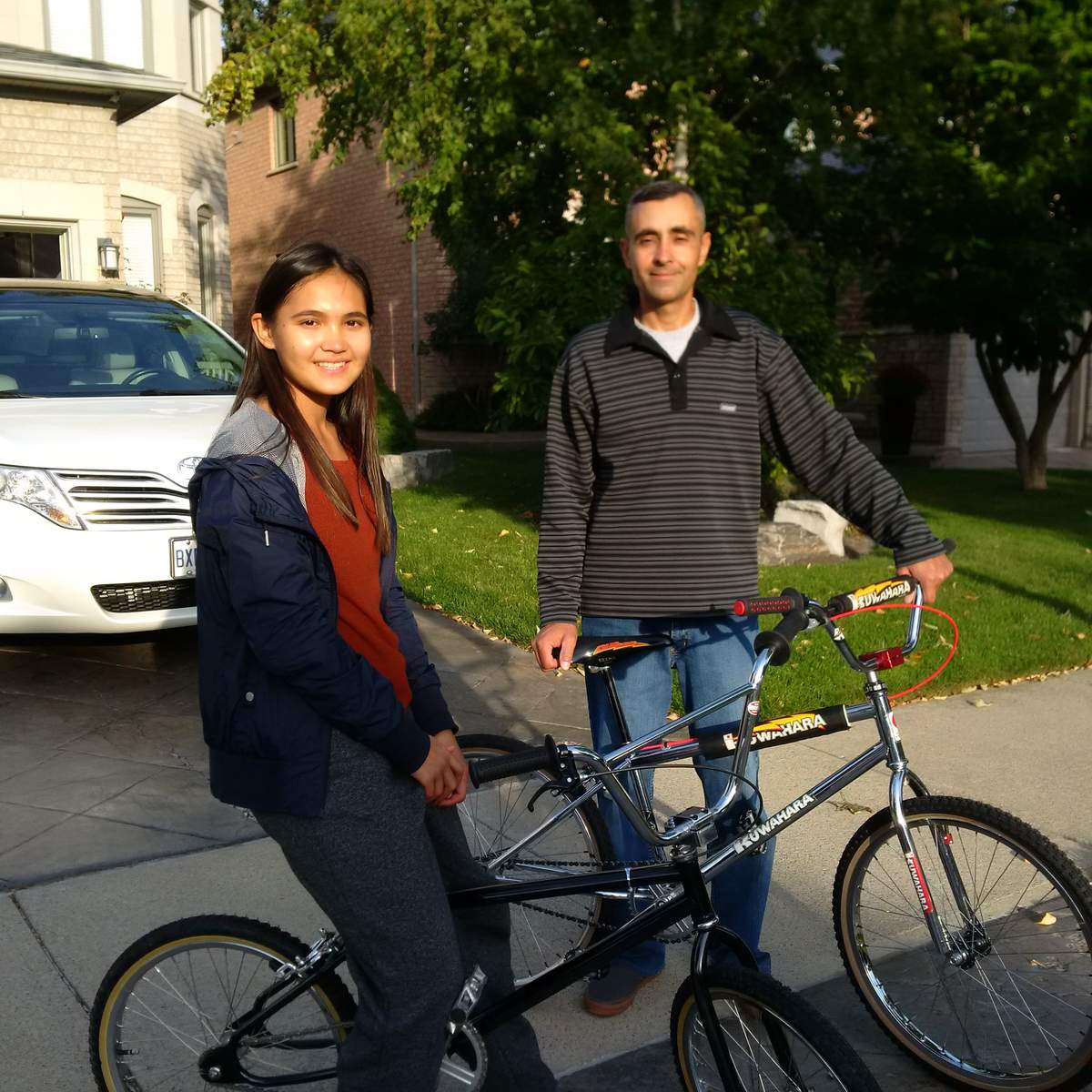 Here are some pics of the repaired areas. What would you say, a factory repair? 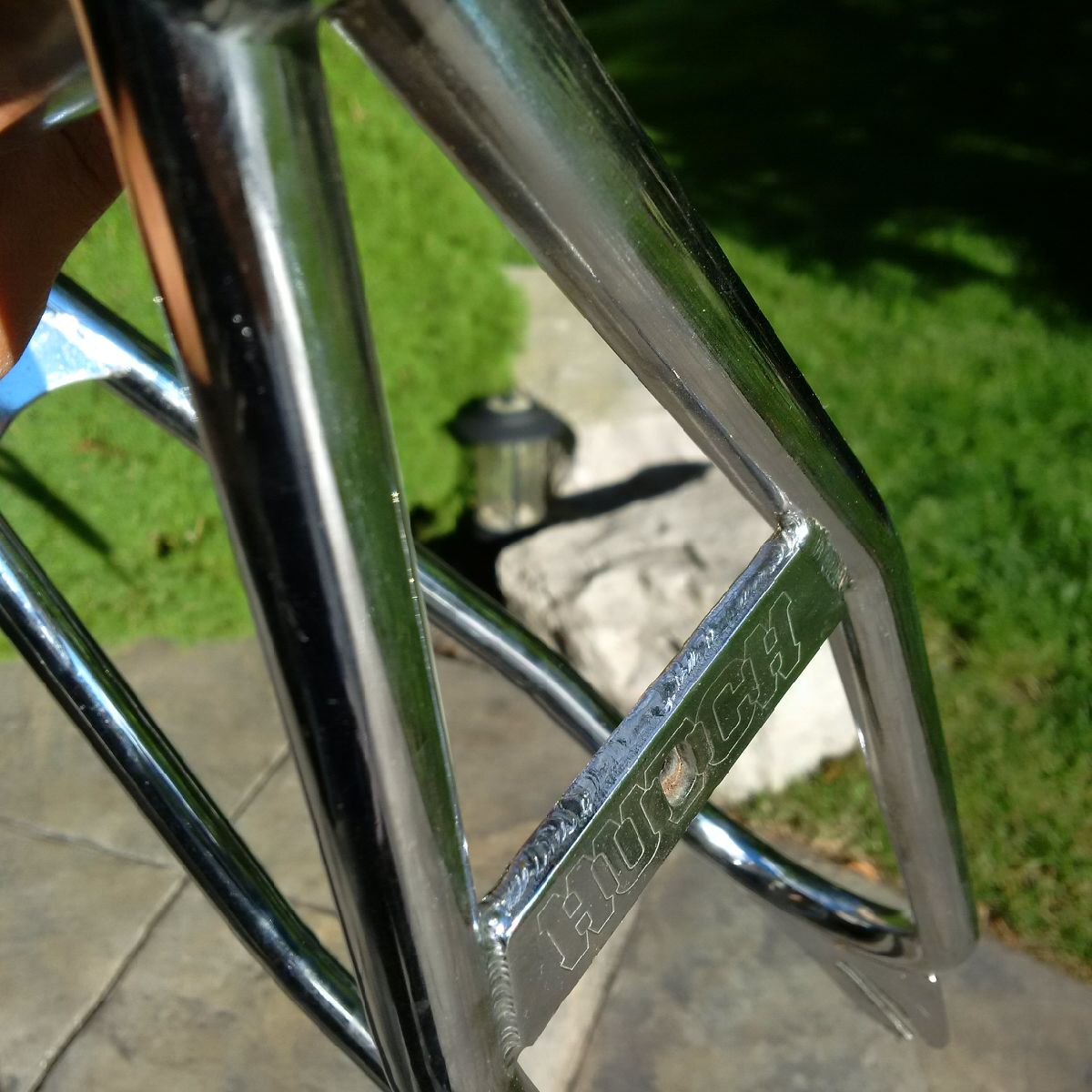 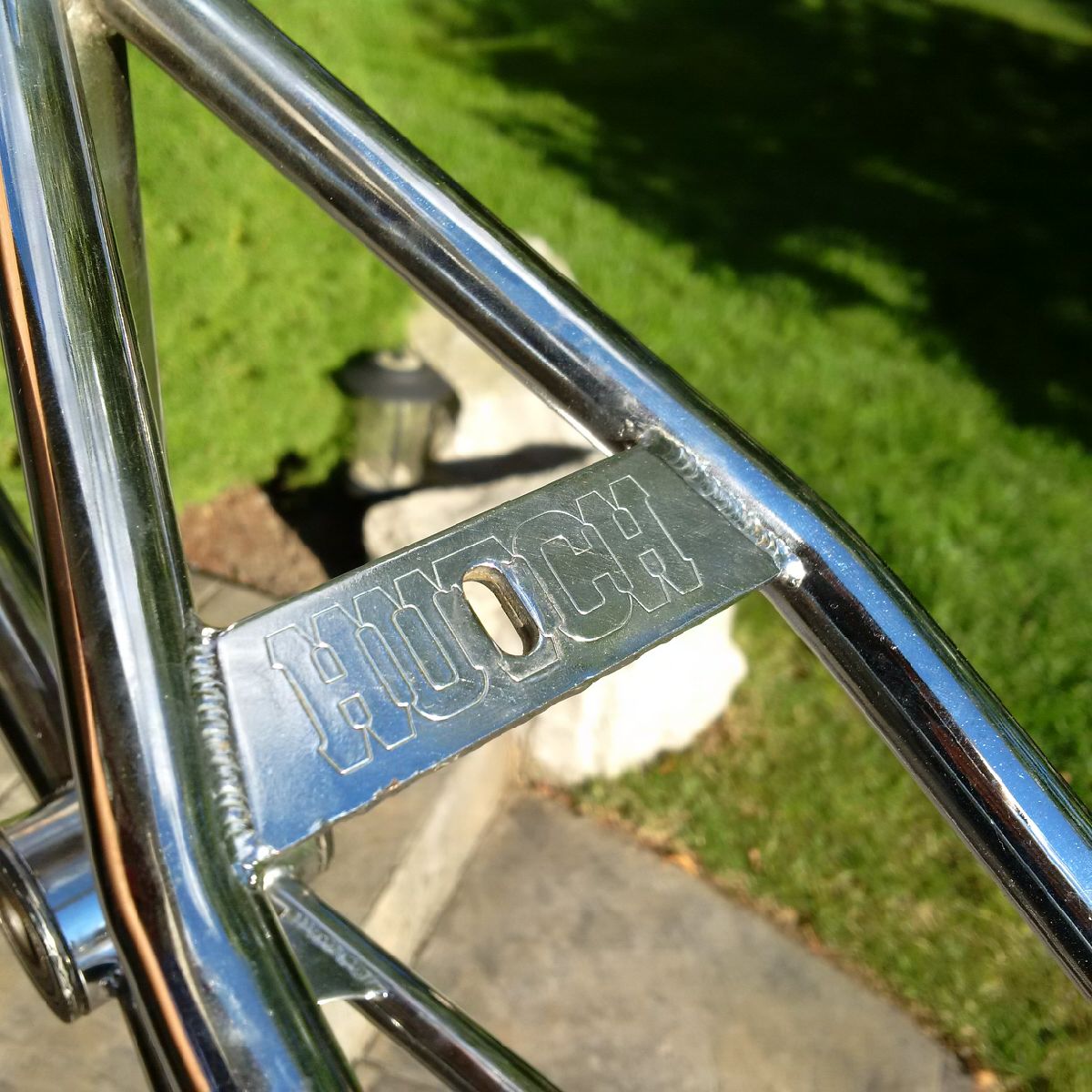 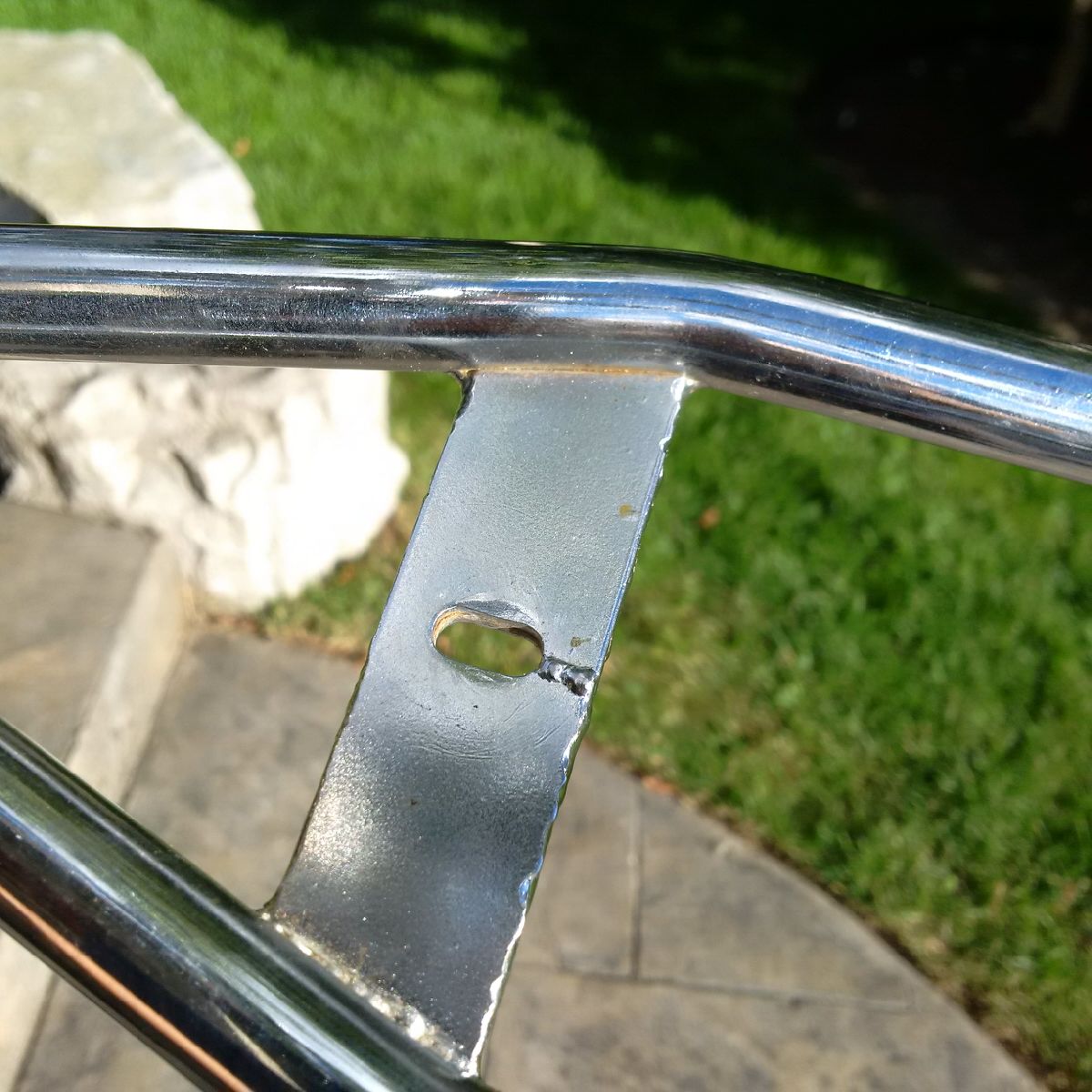 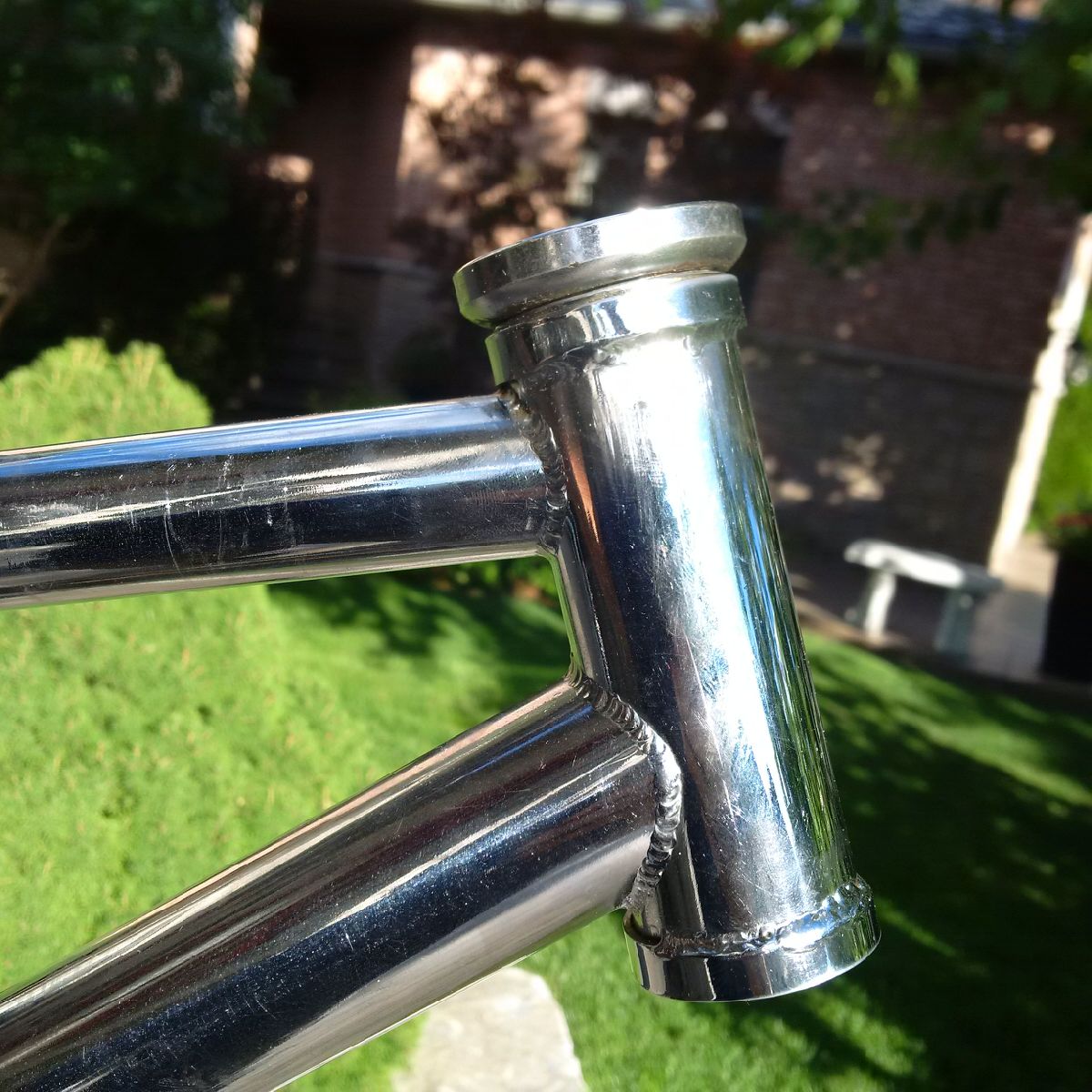 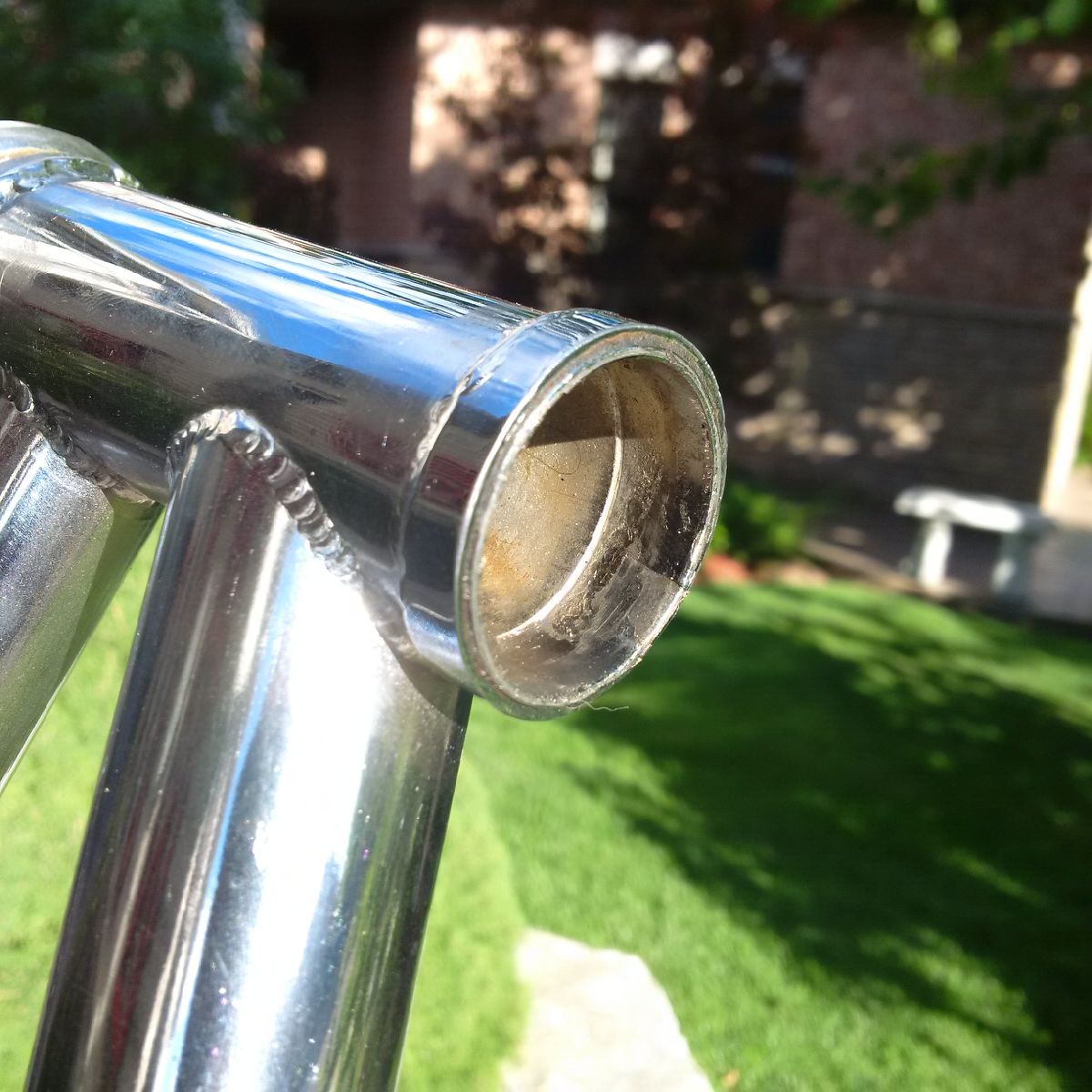 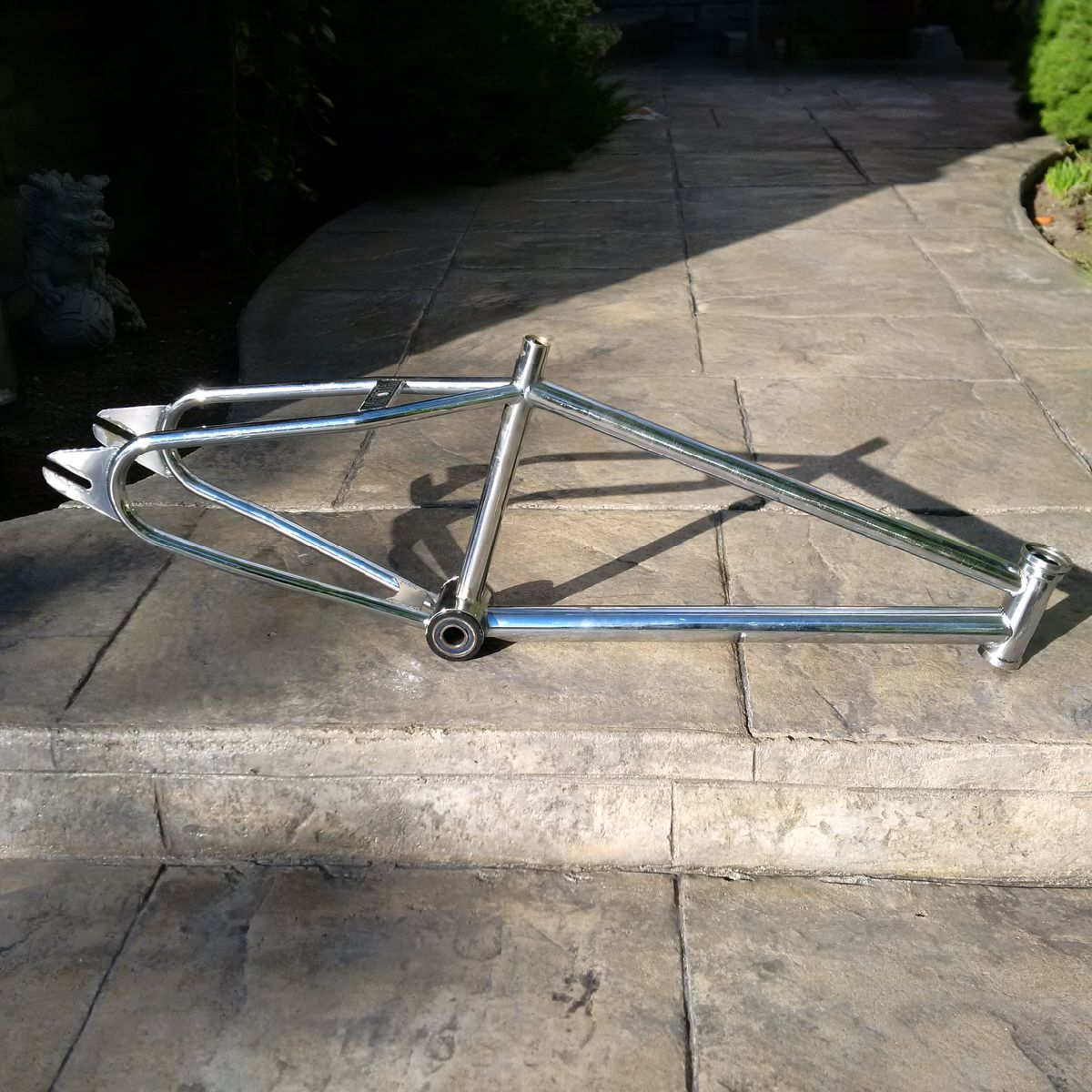 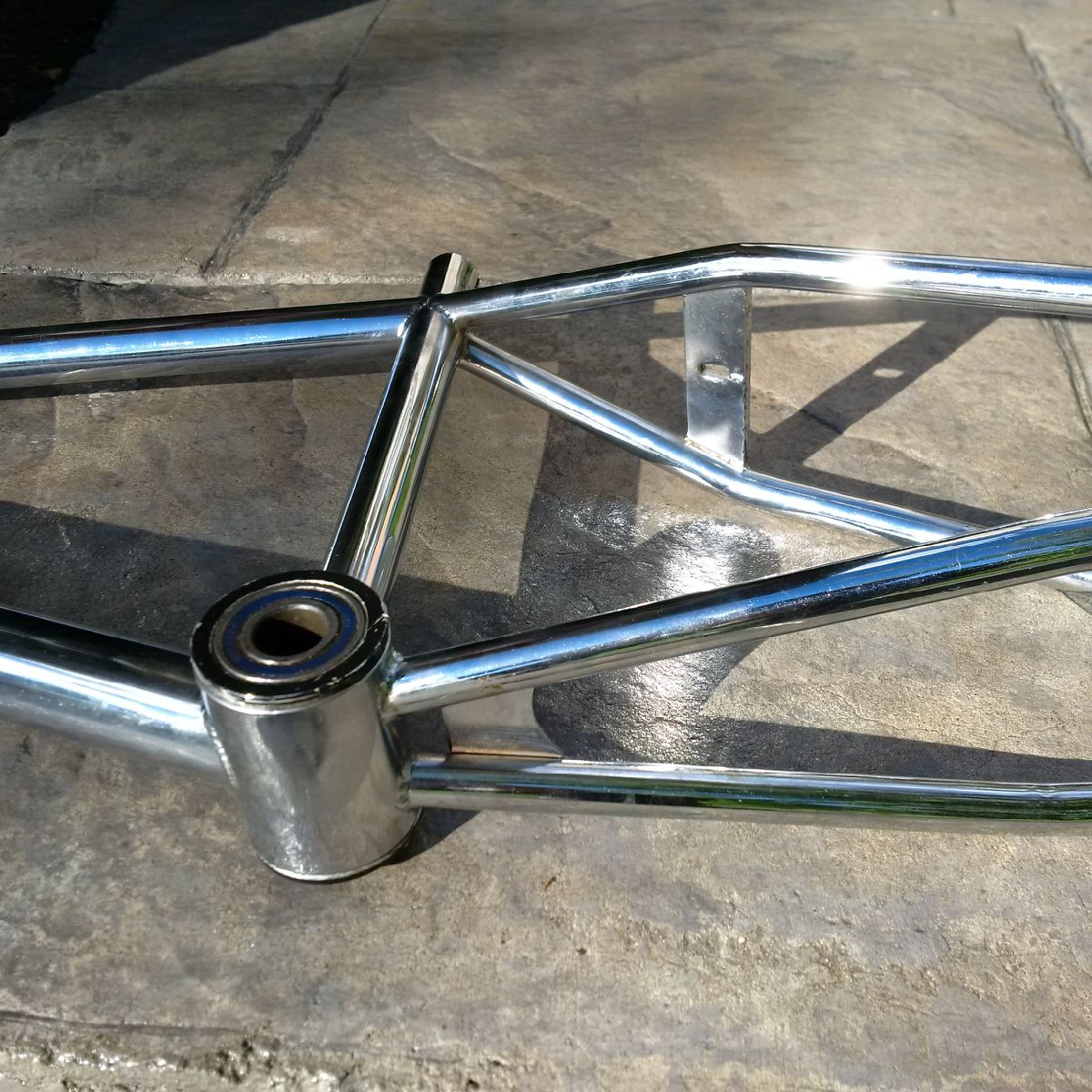 I cant be certain because it has been a while, but I am almost positive my other Pro Racer doesn't have the machined head tube either. Is that another Thruster made frame tell tale sign ?