Today was such a blur for me. I really didn't get time to walk around and thoroughly check out everyones sales, swaps, and such. I want to sincerely thank everyone of you who attended and made today a success in my eyes. This was my first time hosting an event like this. It's quite time consuming and strenuous. I want to thank David Strate of Woodland BMX for the use of the property, Mike Rodrigues of Crit Plate for the outstanding trophies (You took my idea and hit it out of the park!), and Justin Earl of Porkchop BMX for the raffle prizes. Congrats to all of the winners of the categories.
Thanks again!
Ken LaBelle

I had a awesome time today at the show, thanks Ken for putting on a great show!

Great show, great bikes, and great weather!  Thanks Ken for the show, you did an awesome job! 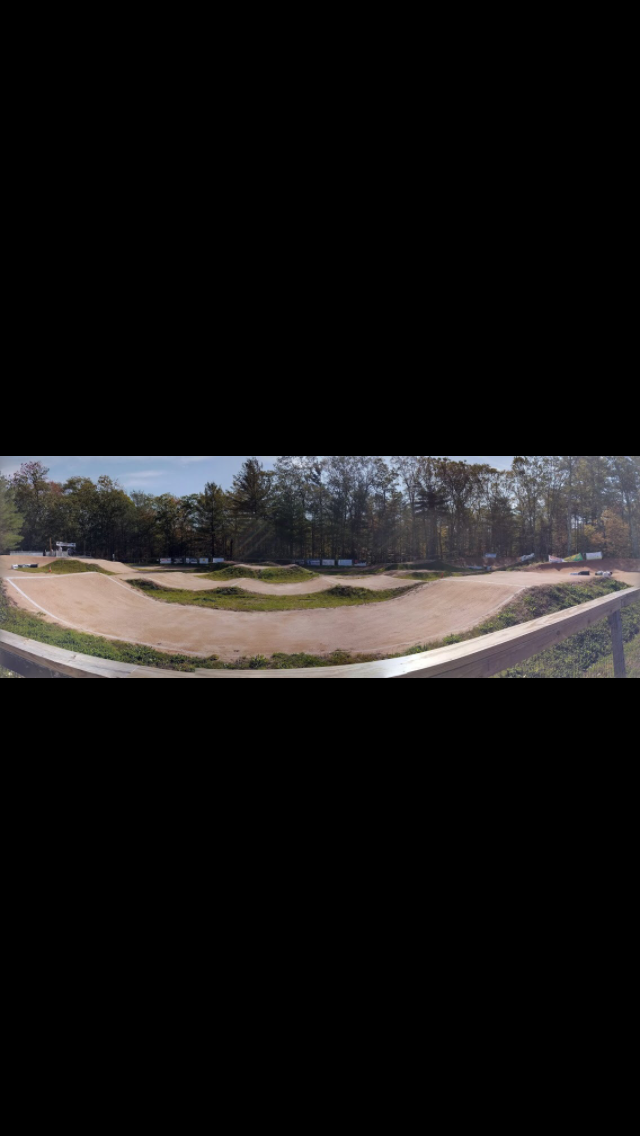 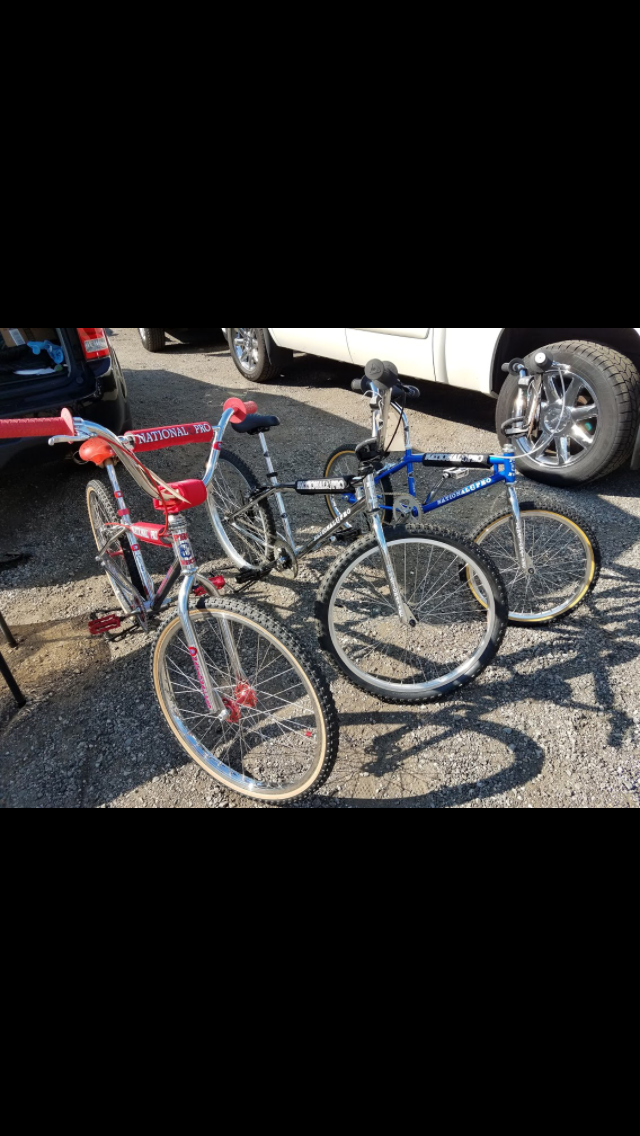 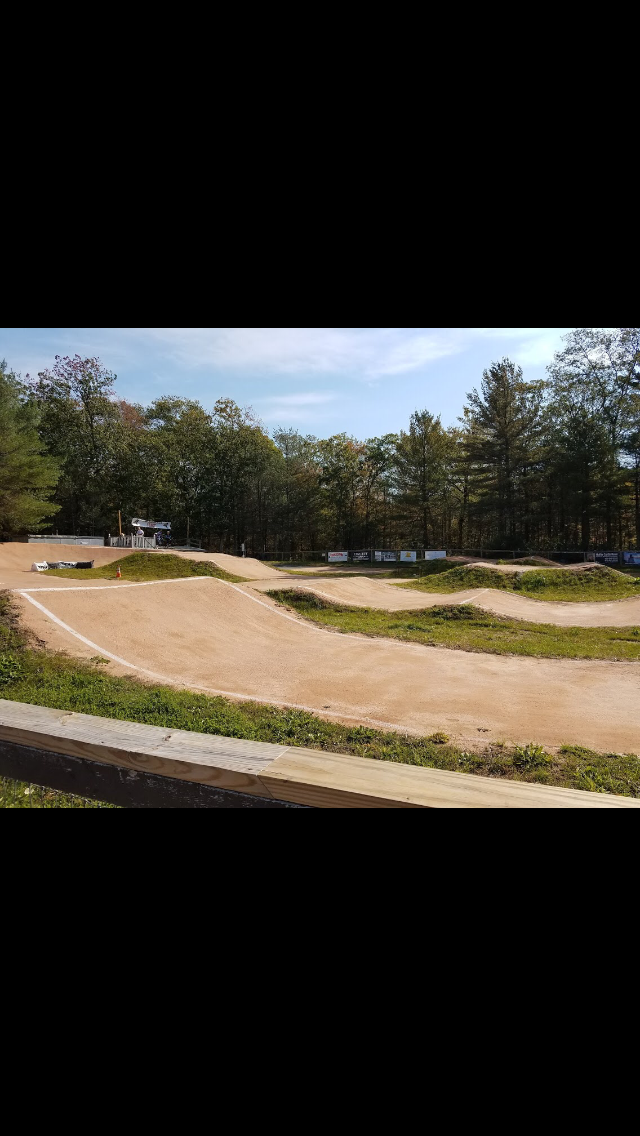 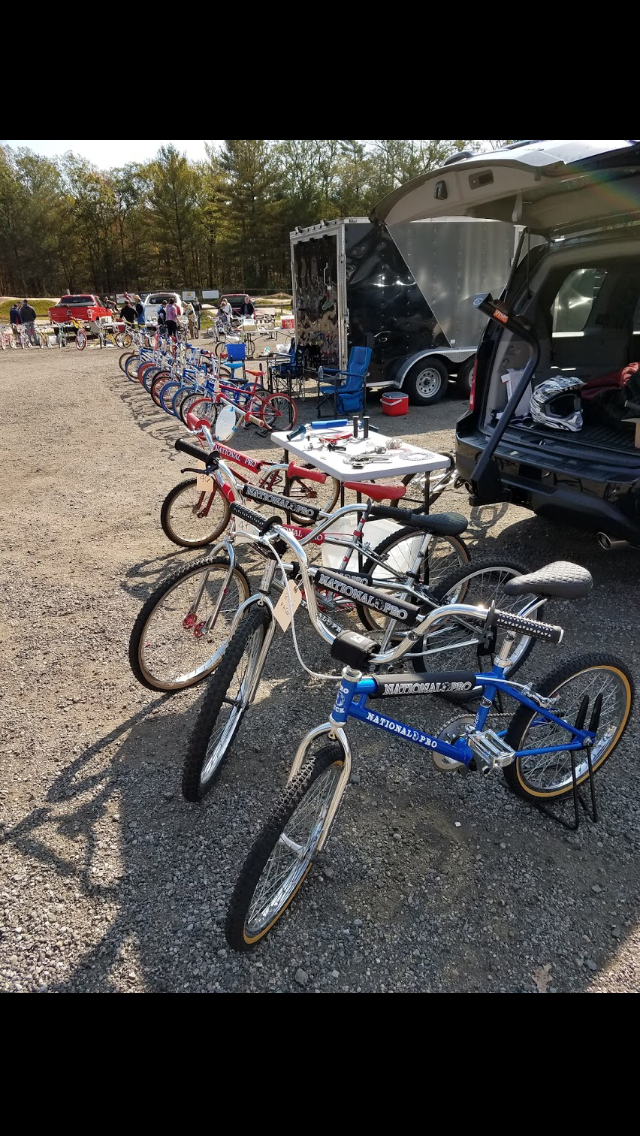 Come on, Guys! Where are all the Pics?

2 - THE RESULTS YOU ACHIEVE WILL BE IN DIRECT PROPORTION TO THE EFFORT YOU APPLY. -Denis Waitley

3 - DON'T LET YESTERDAY USE UP TOO MUCH OF TODAY. -Cherokee Proverb 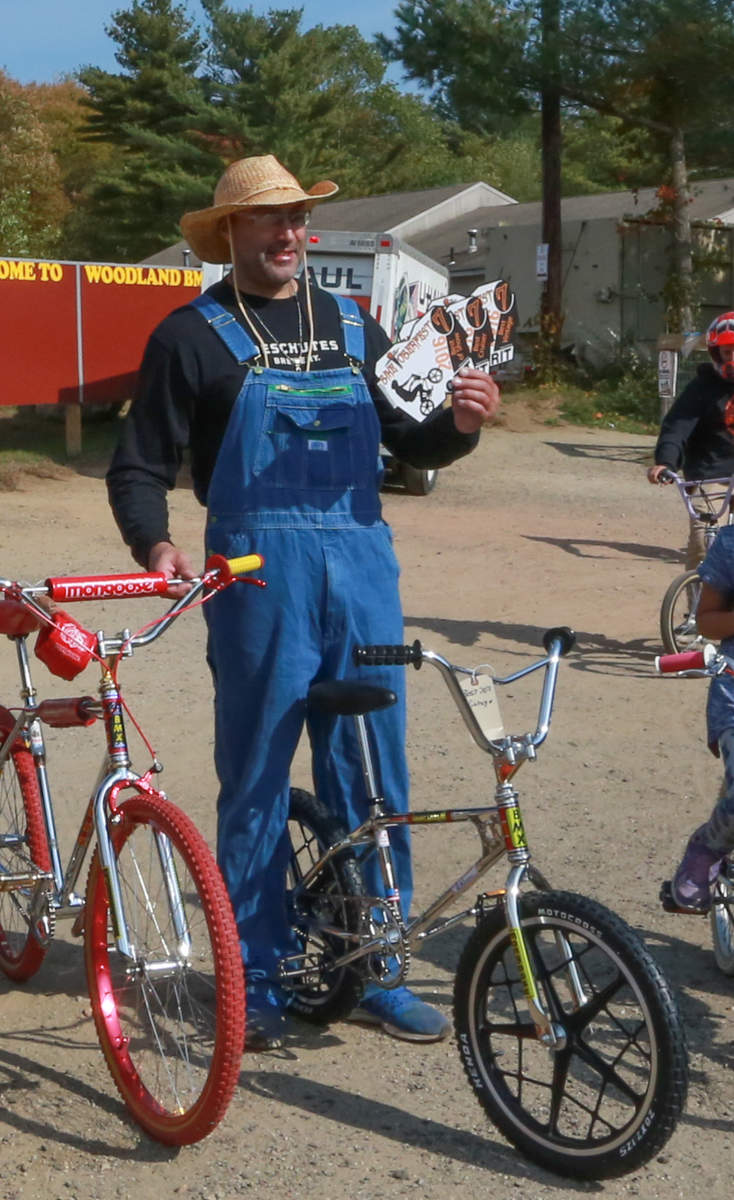 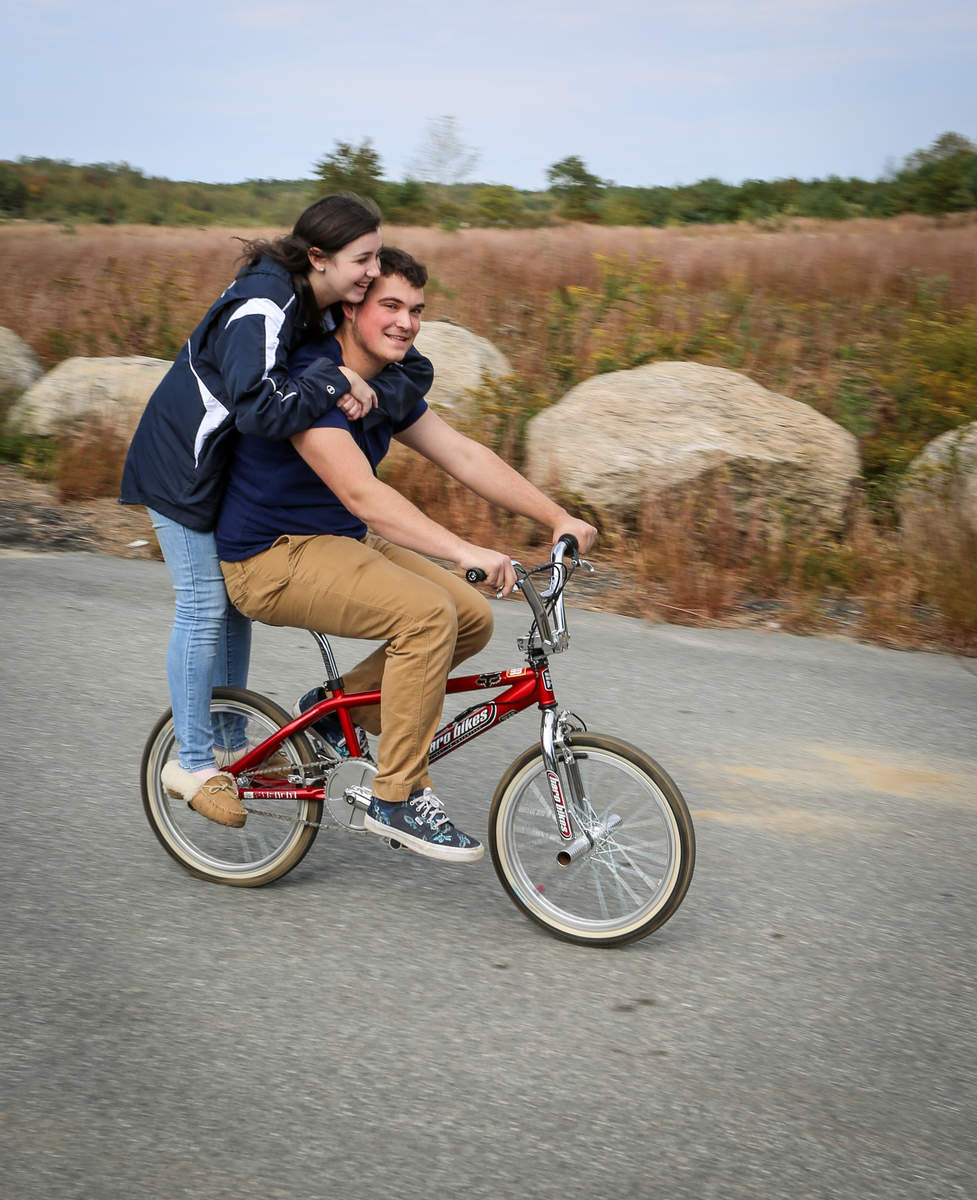 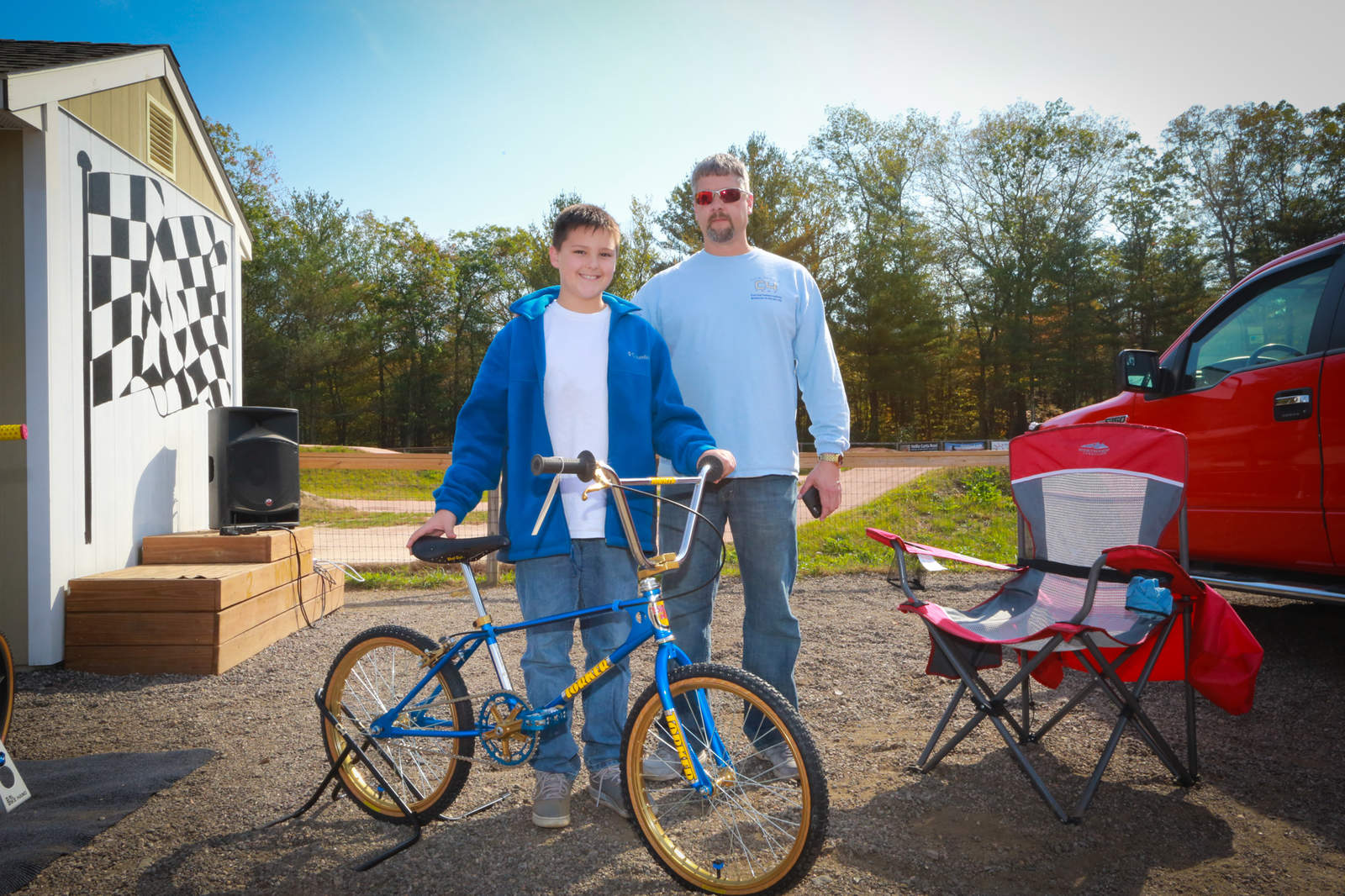 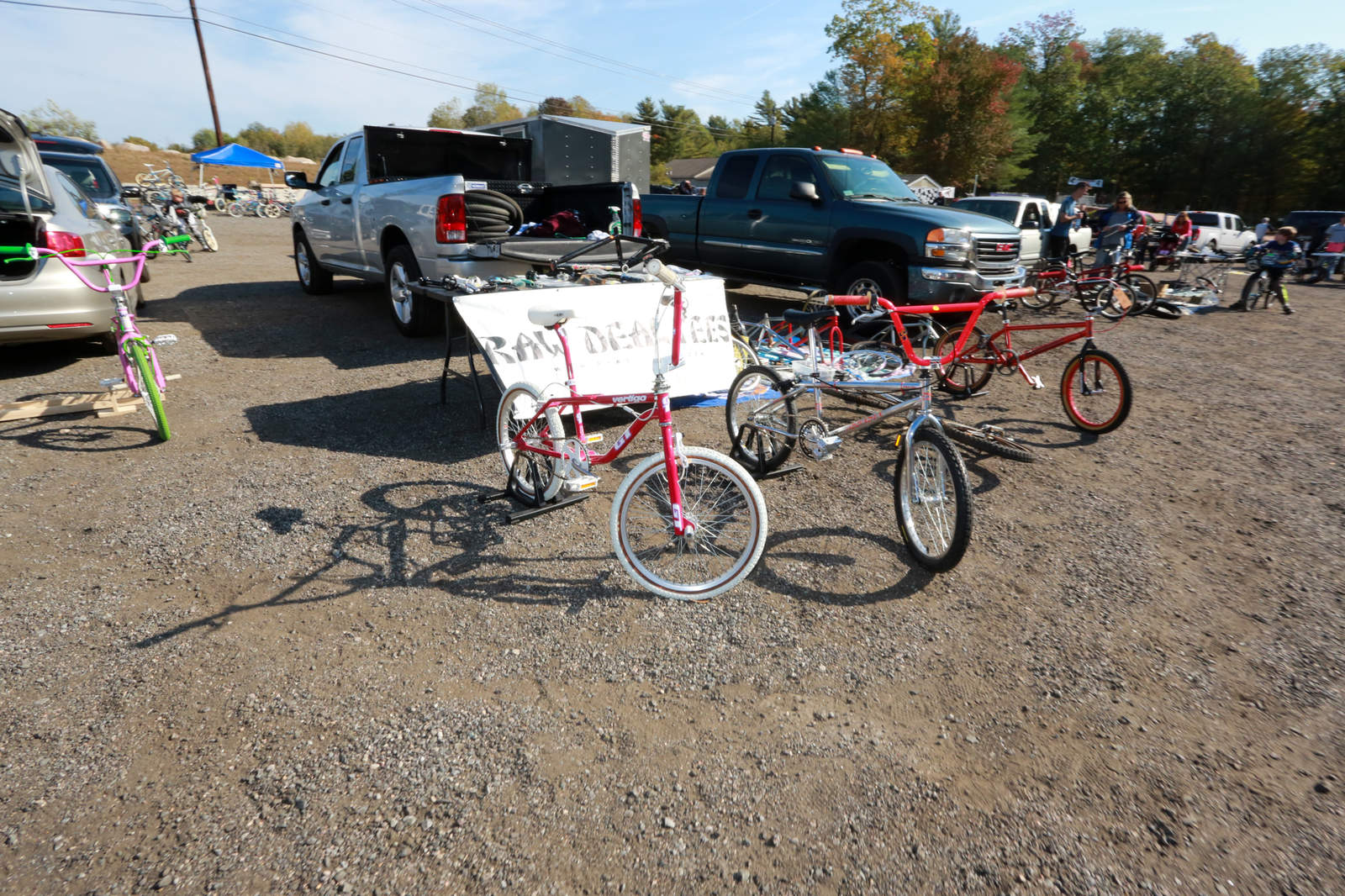 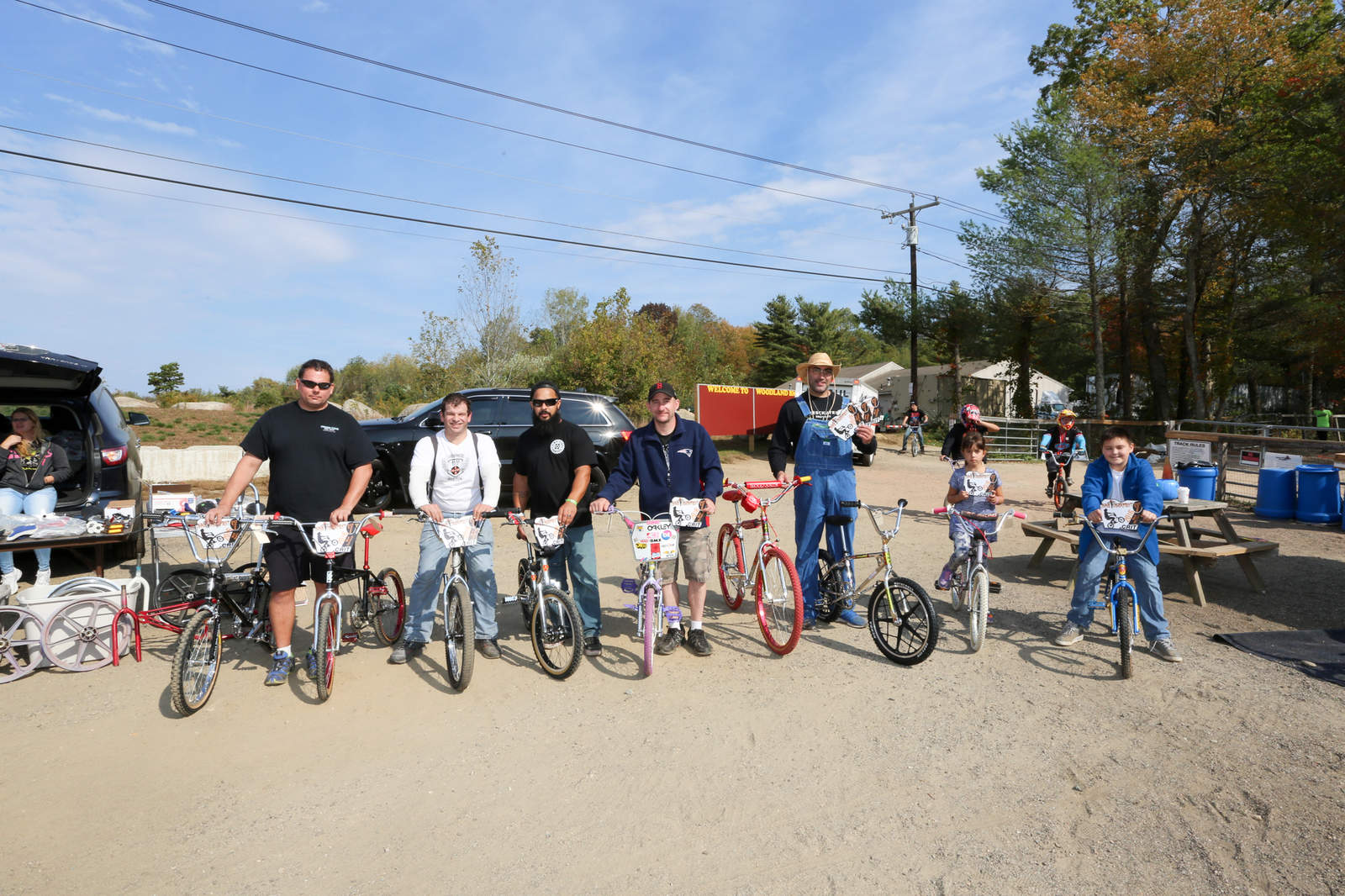 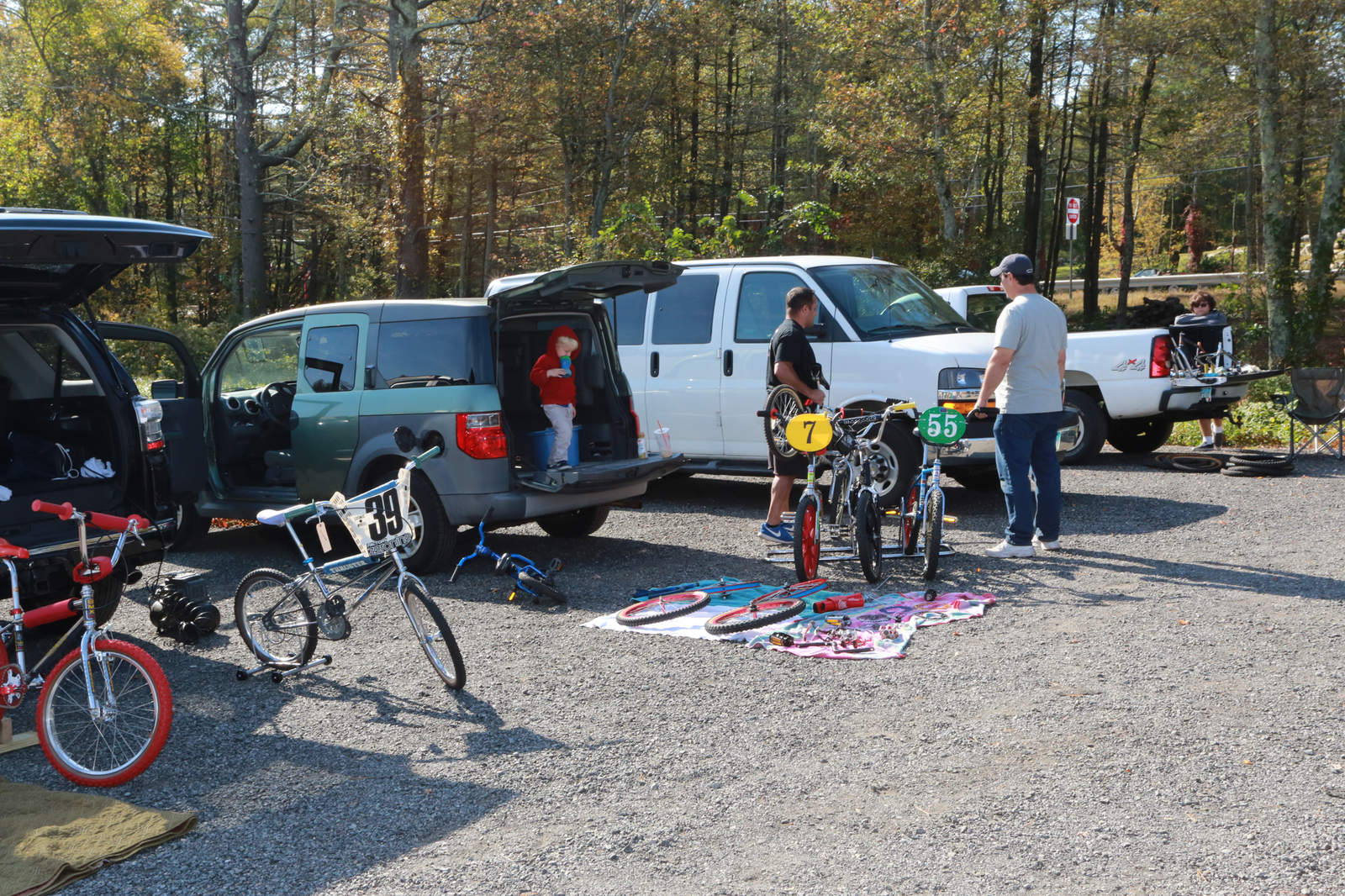 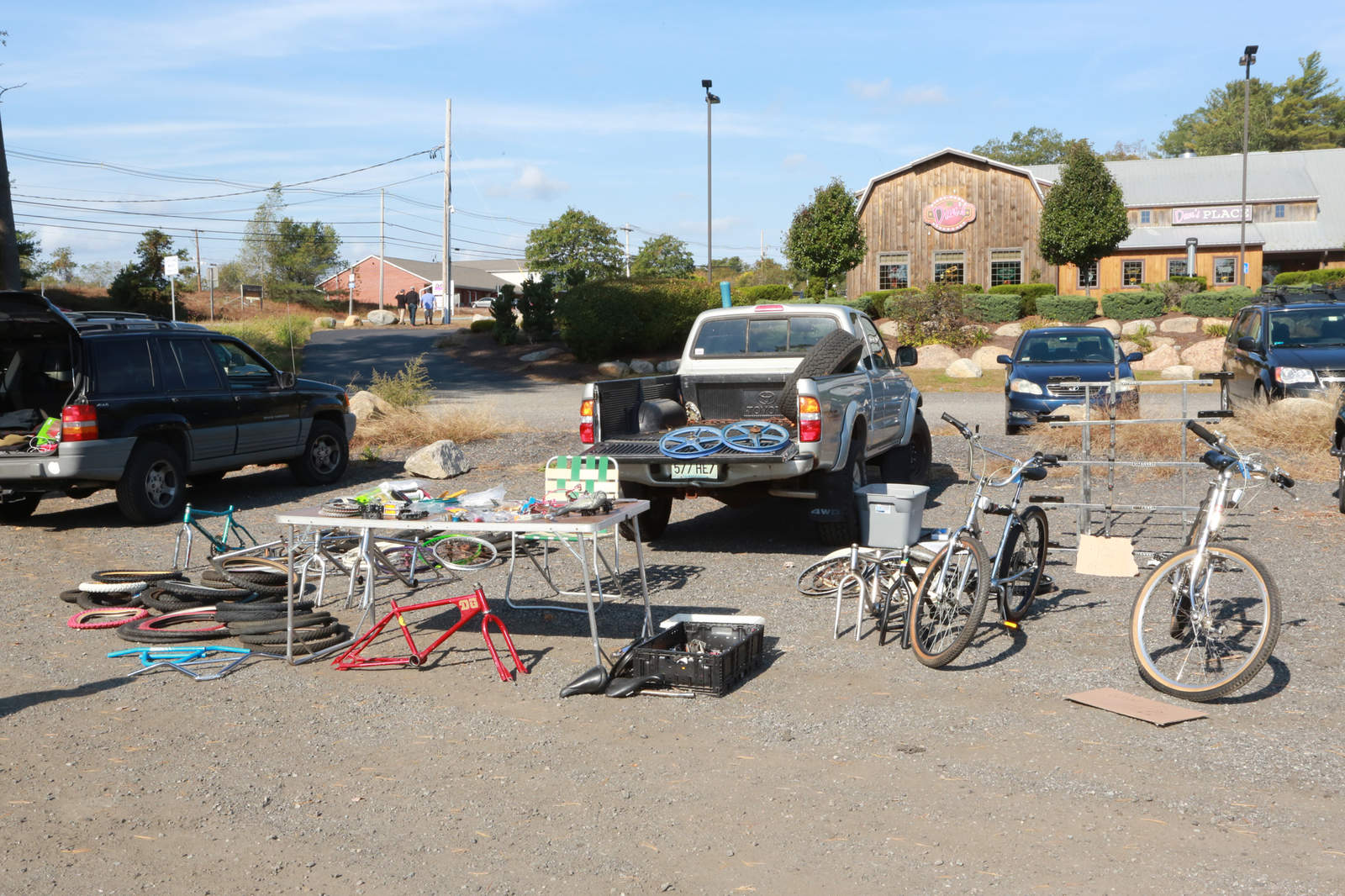 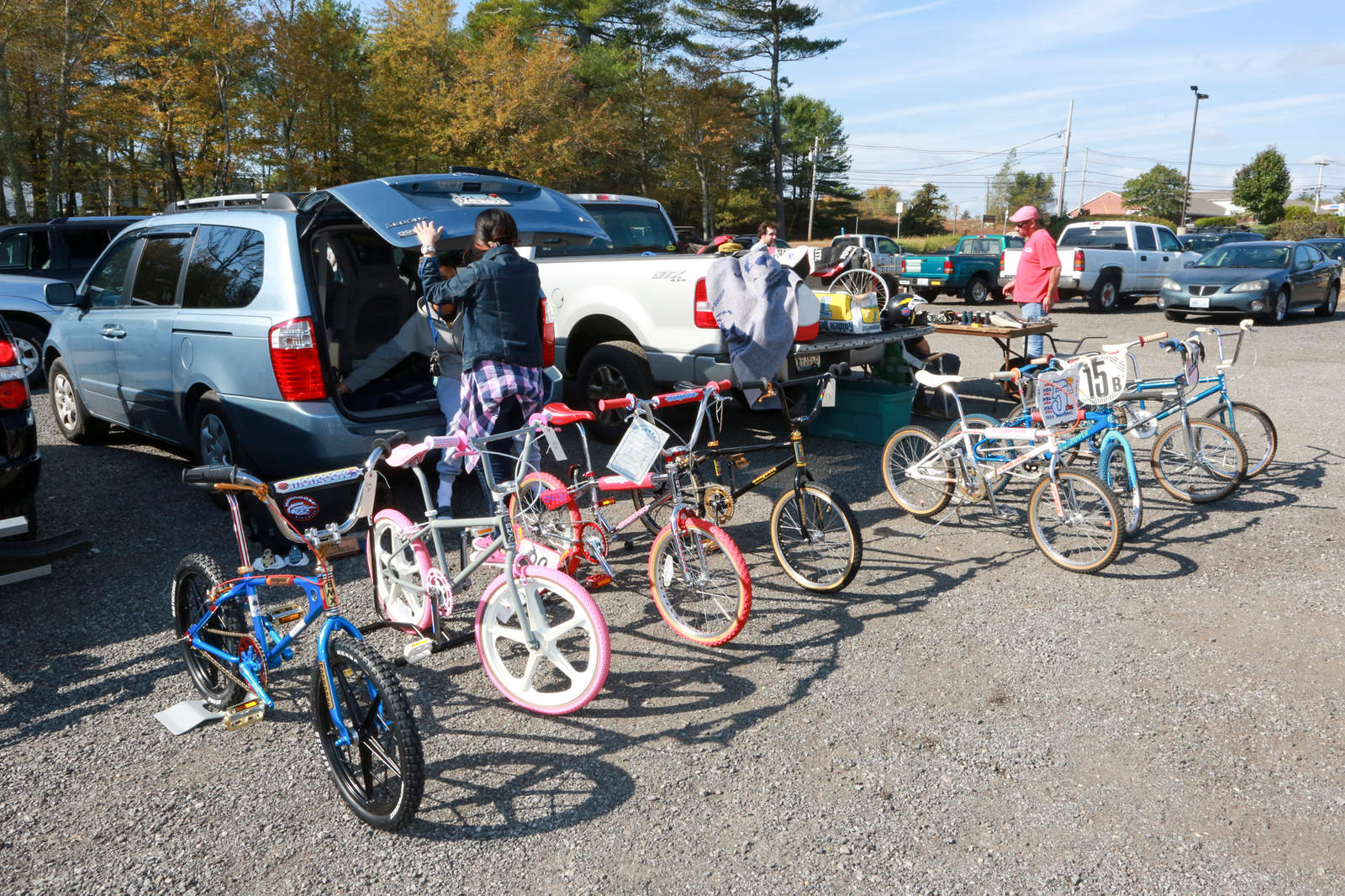 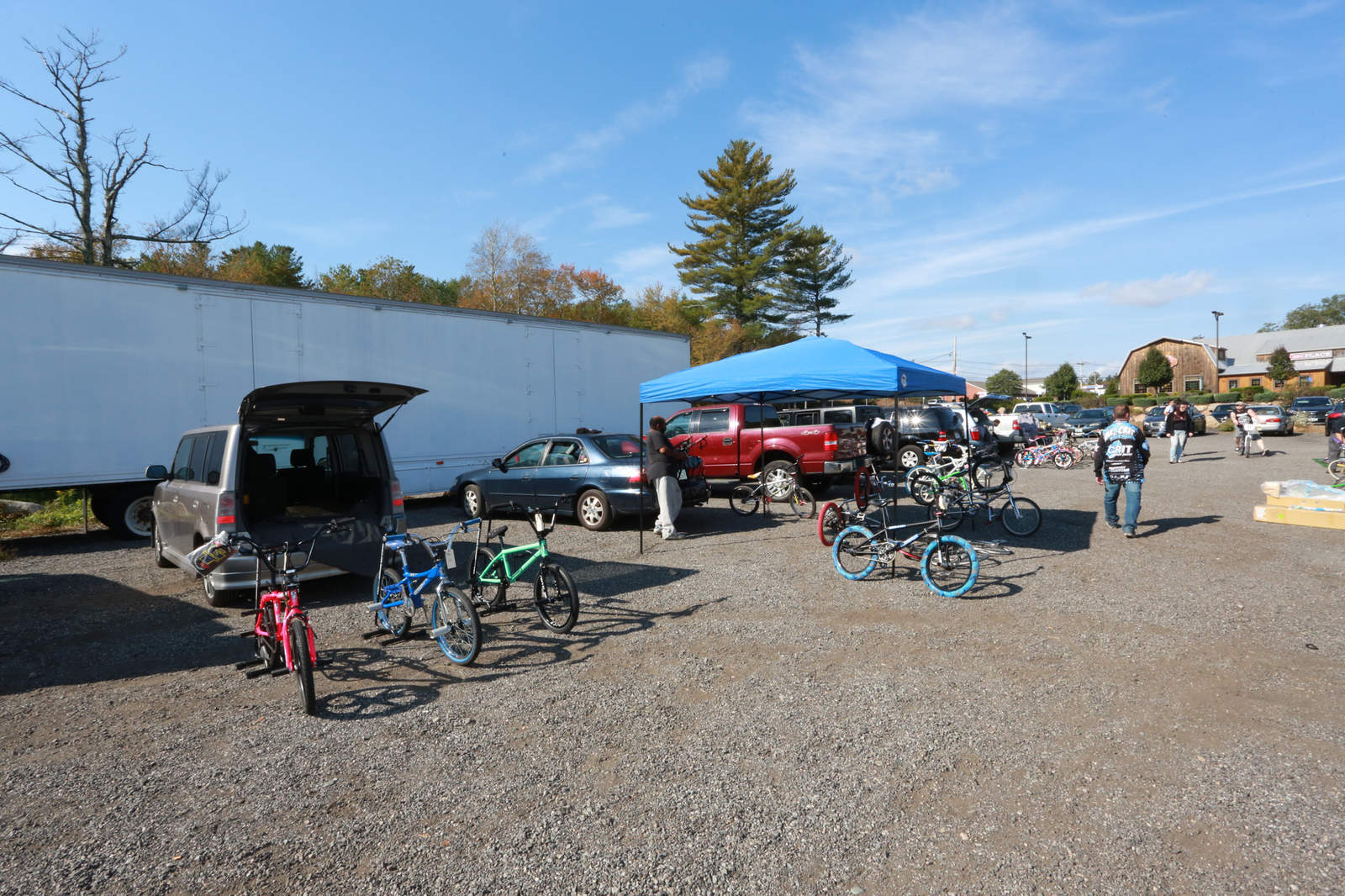 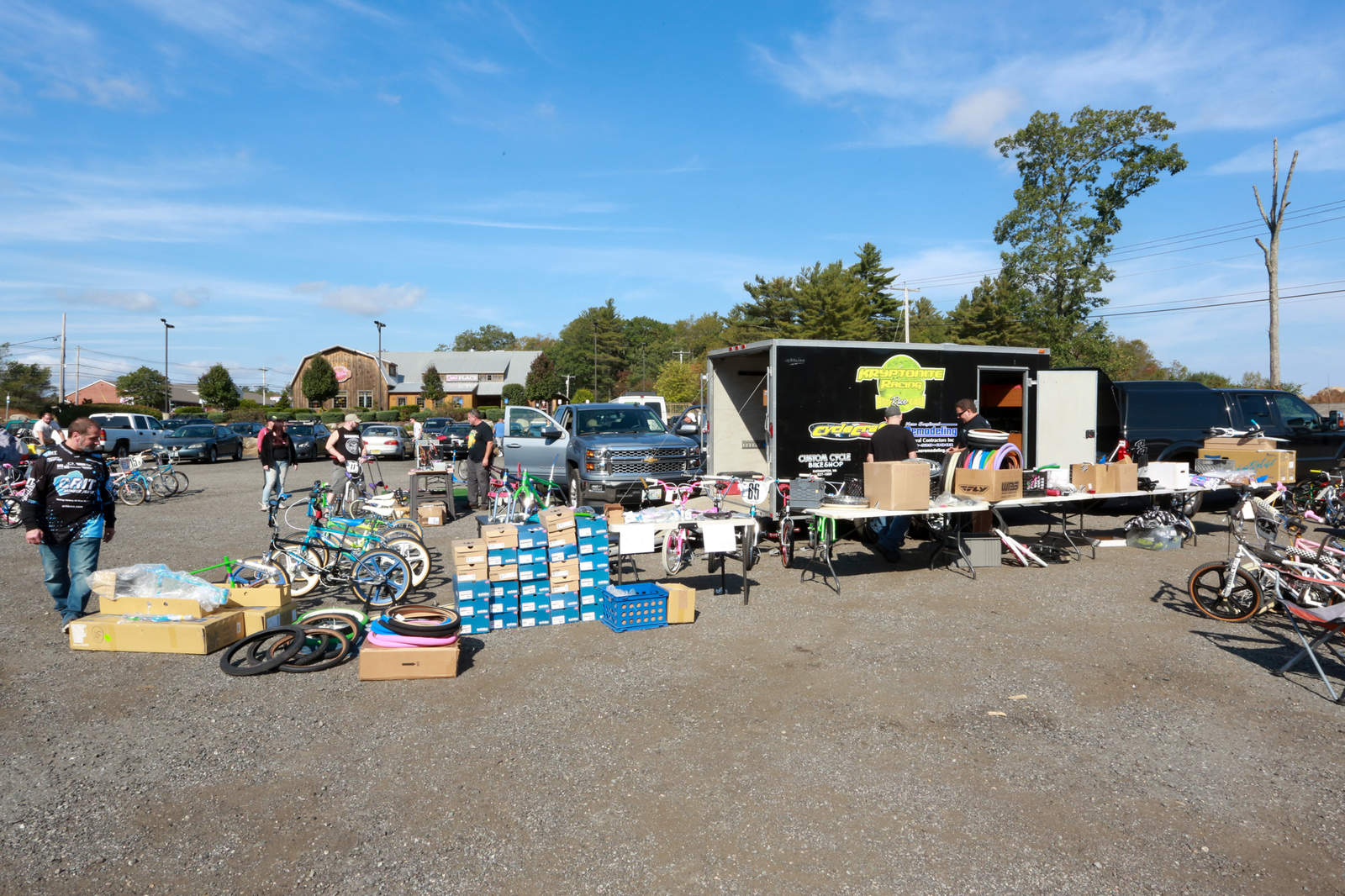 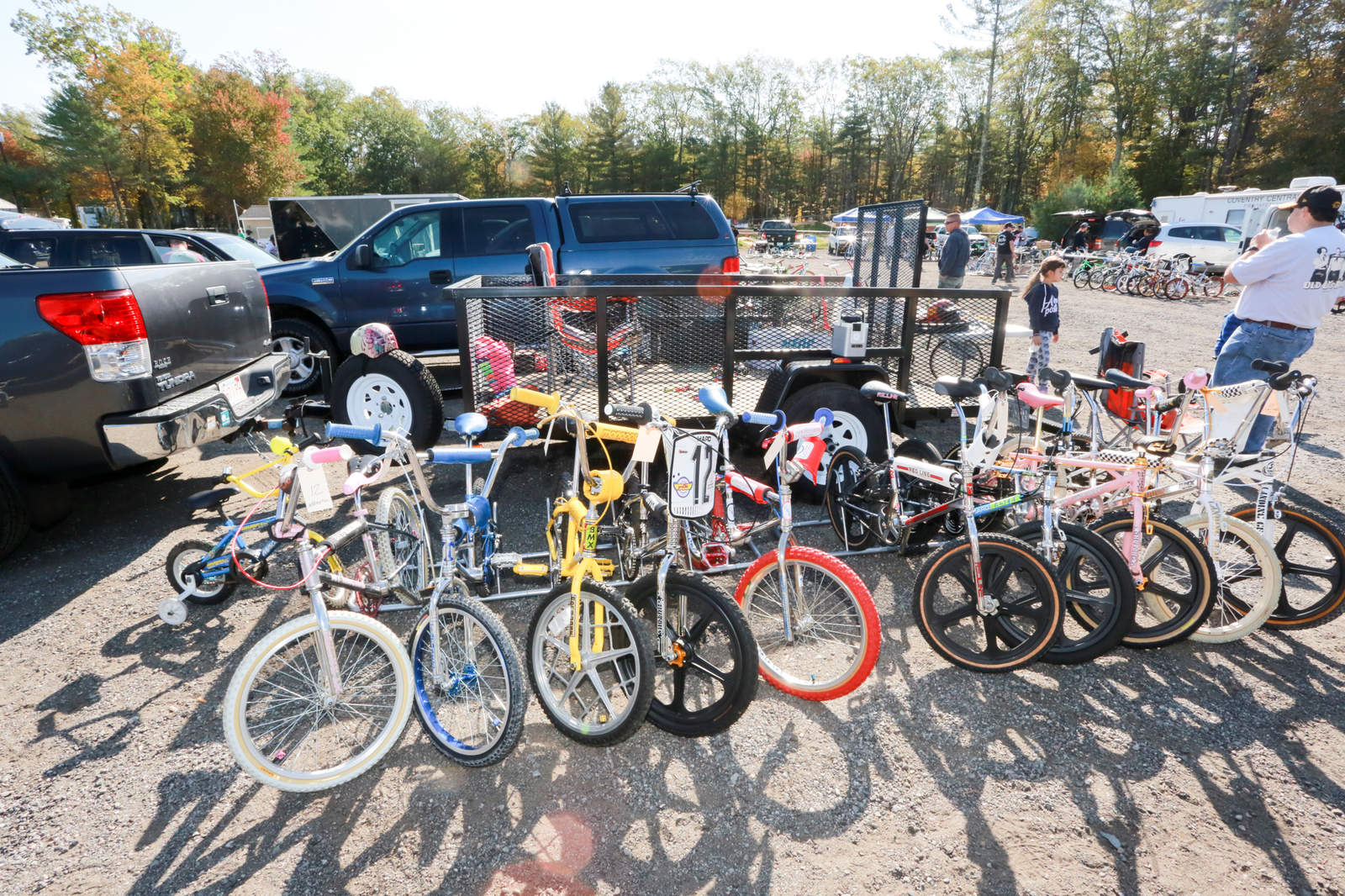 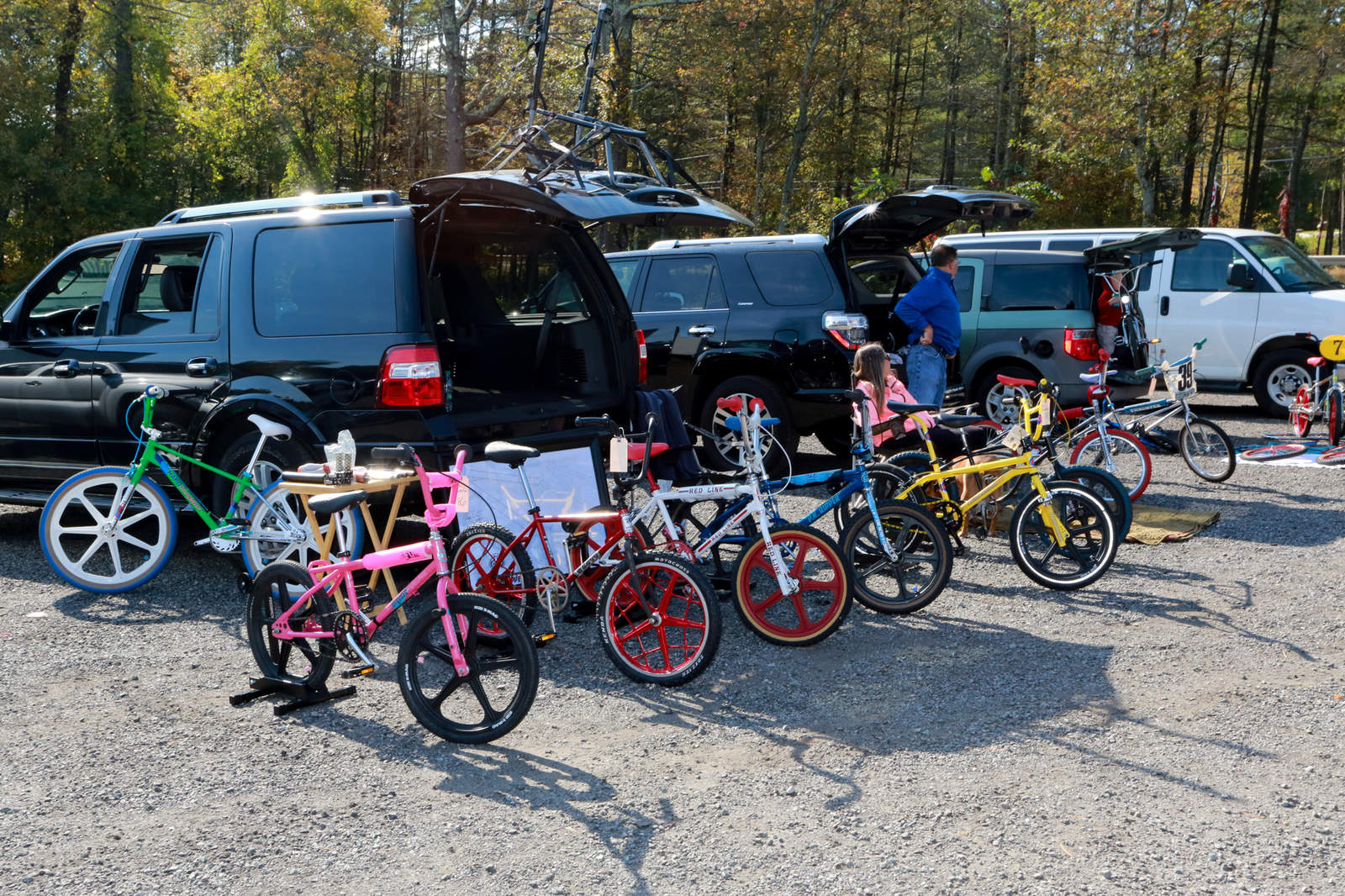 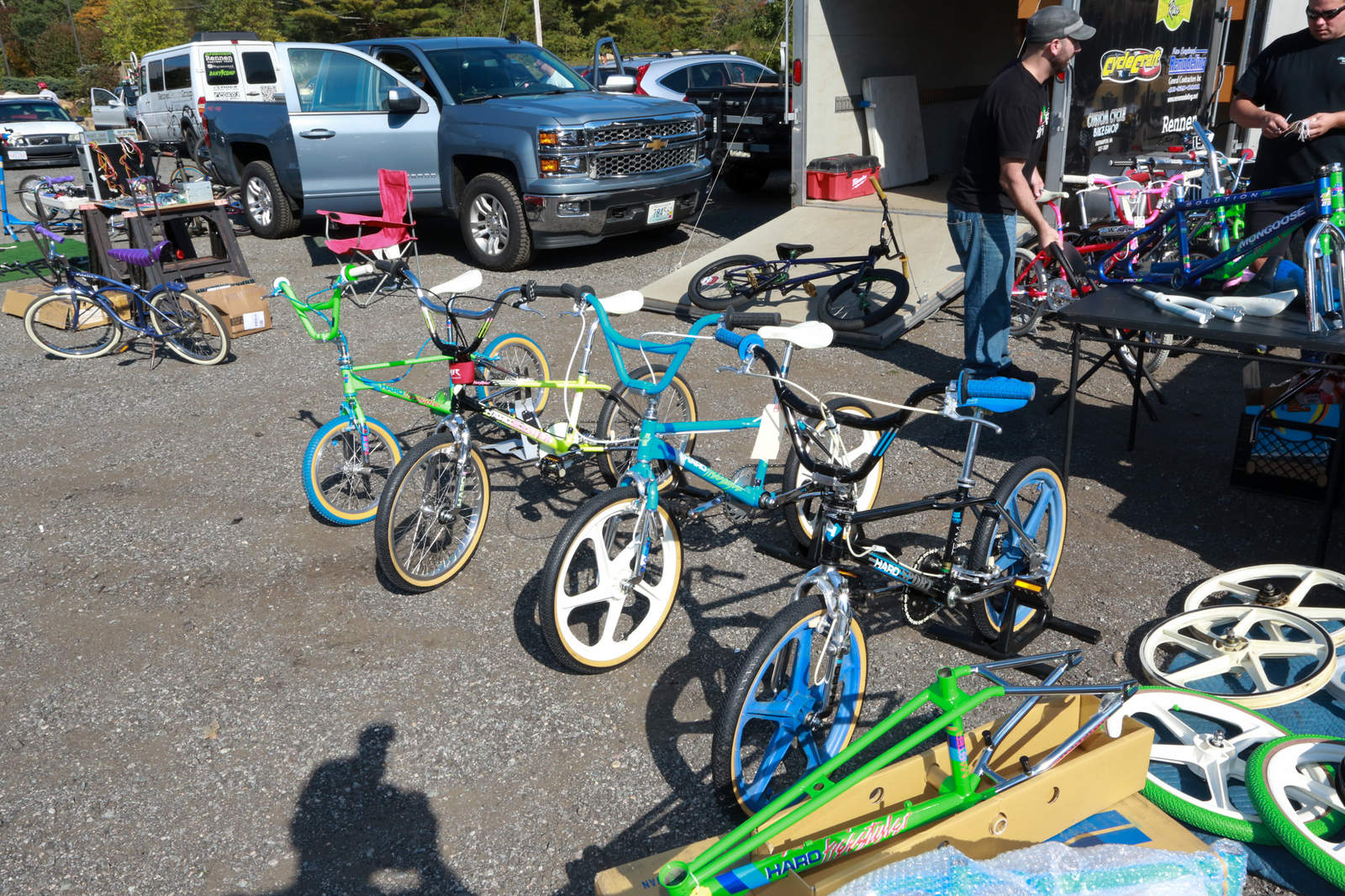 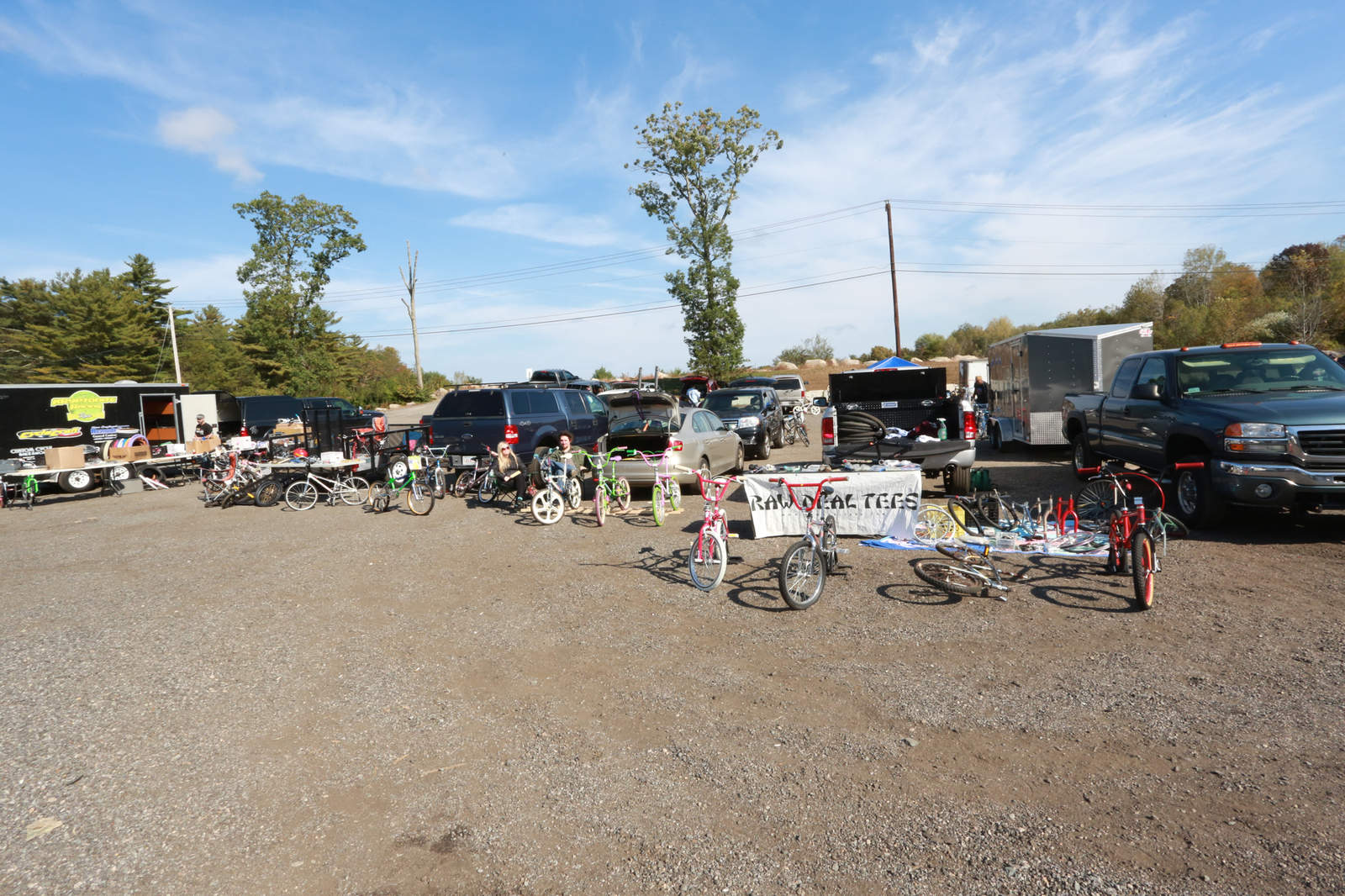 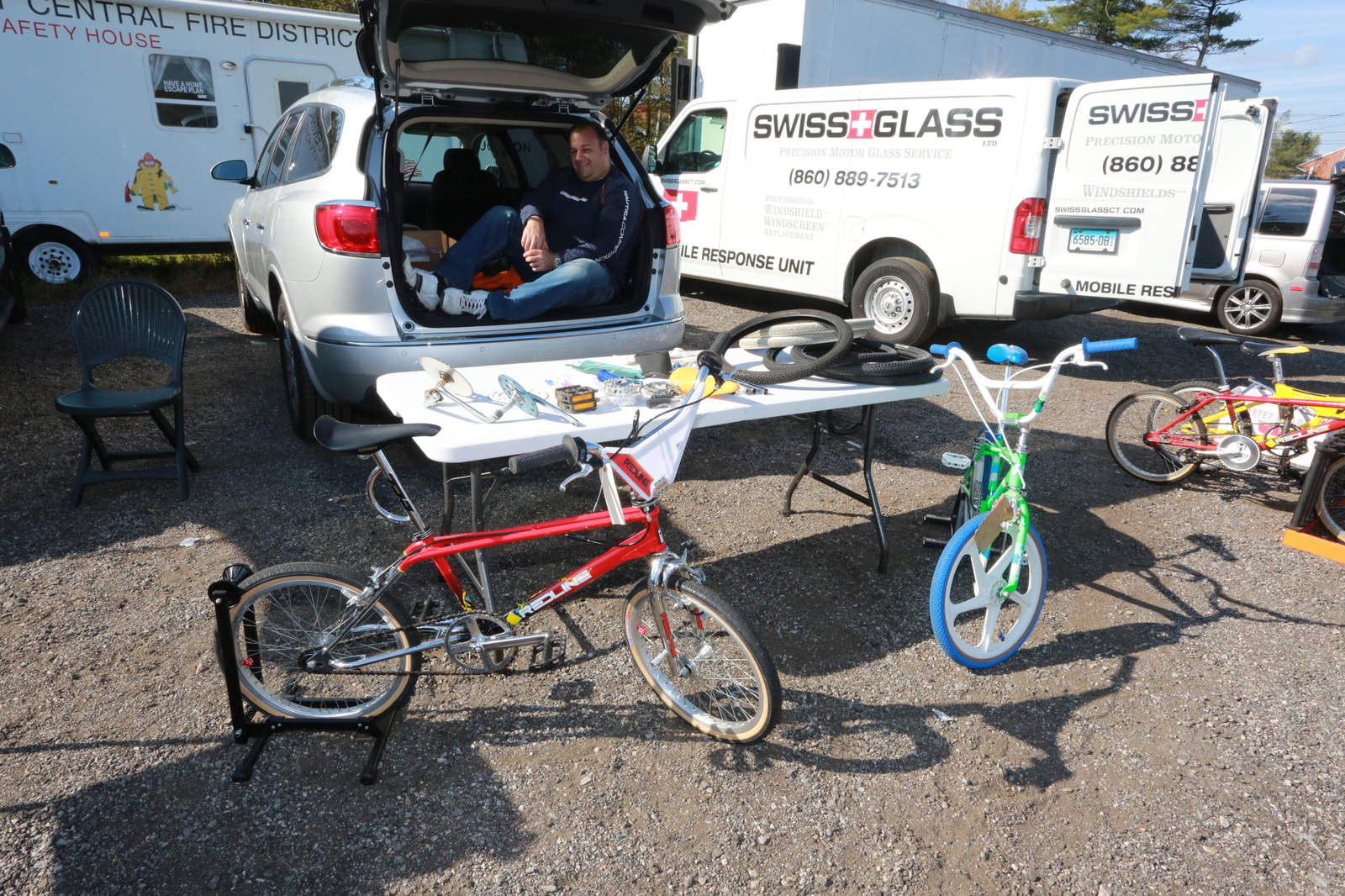 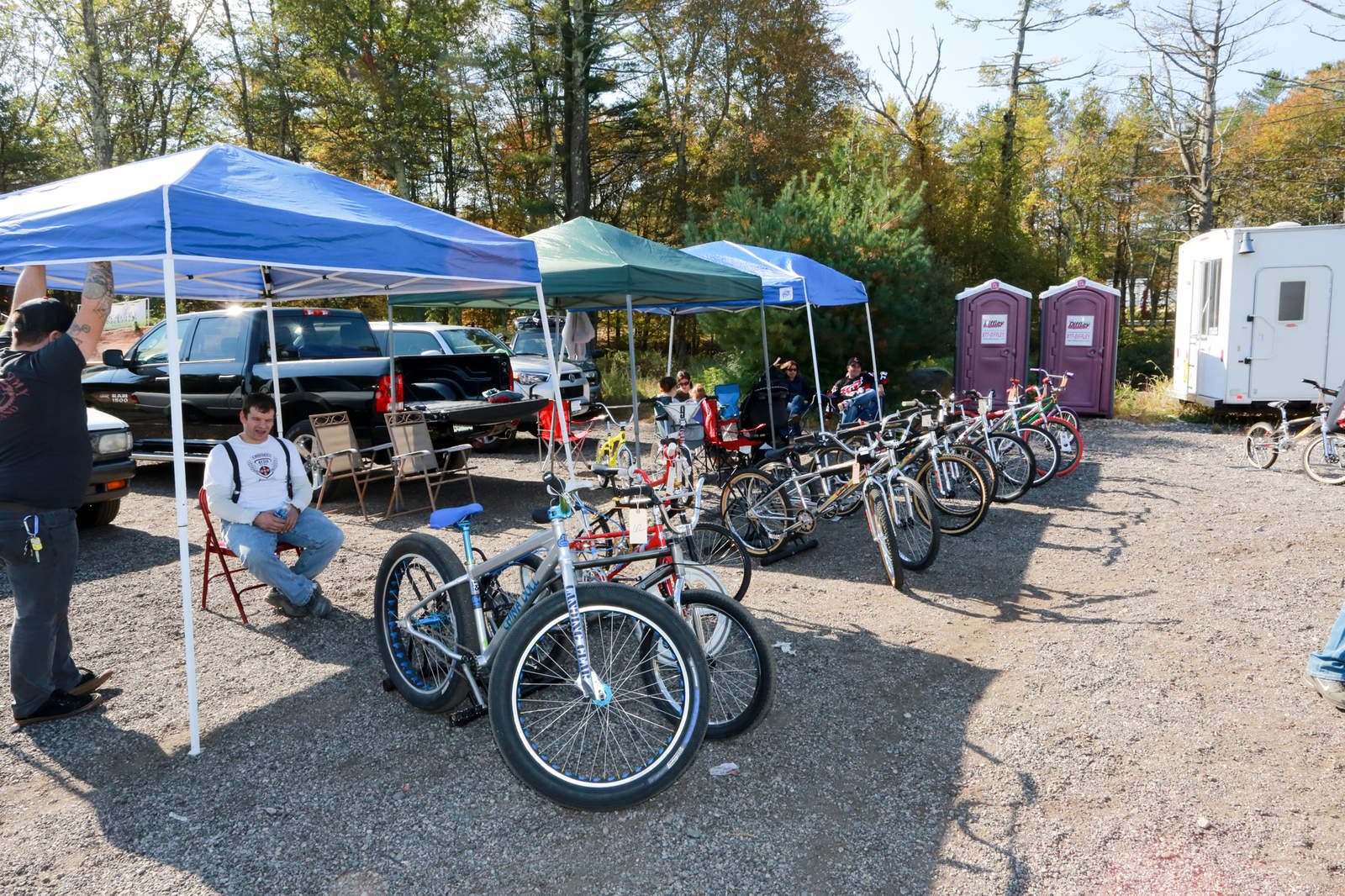 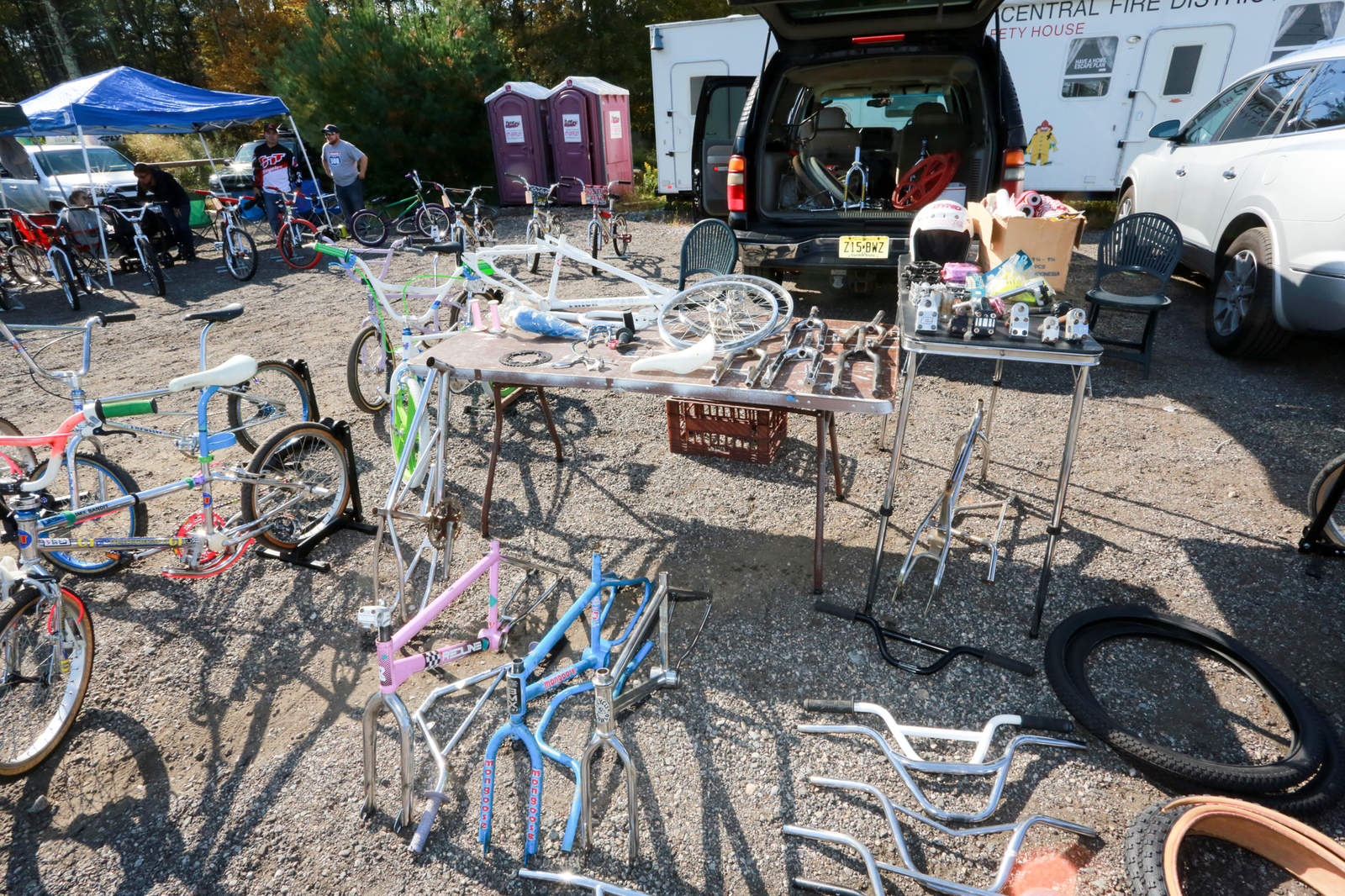 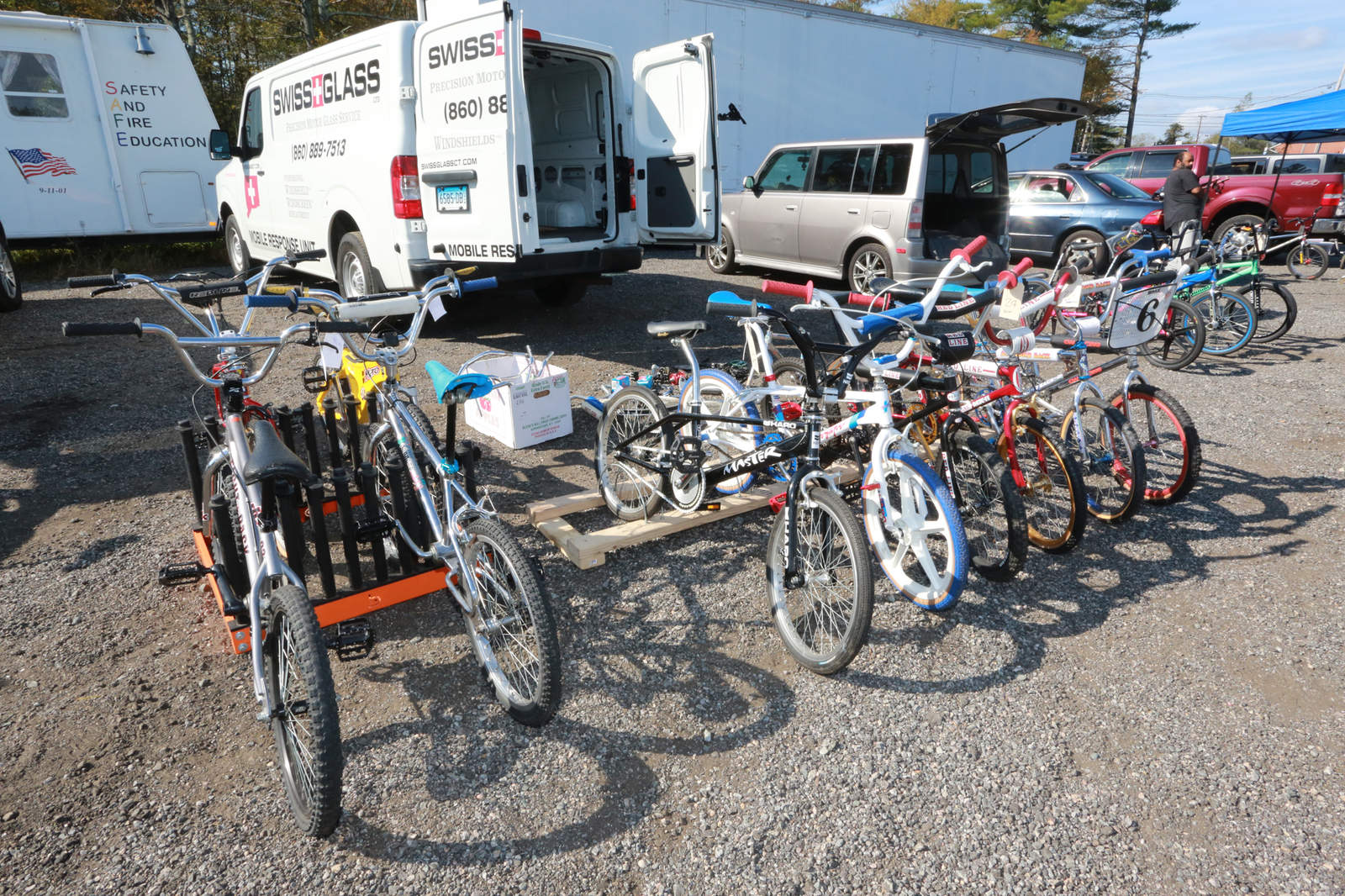 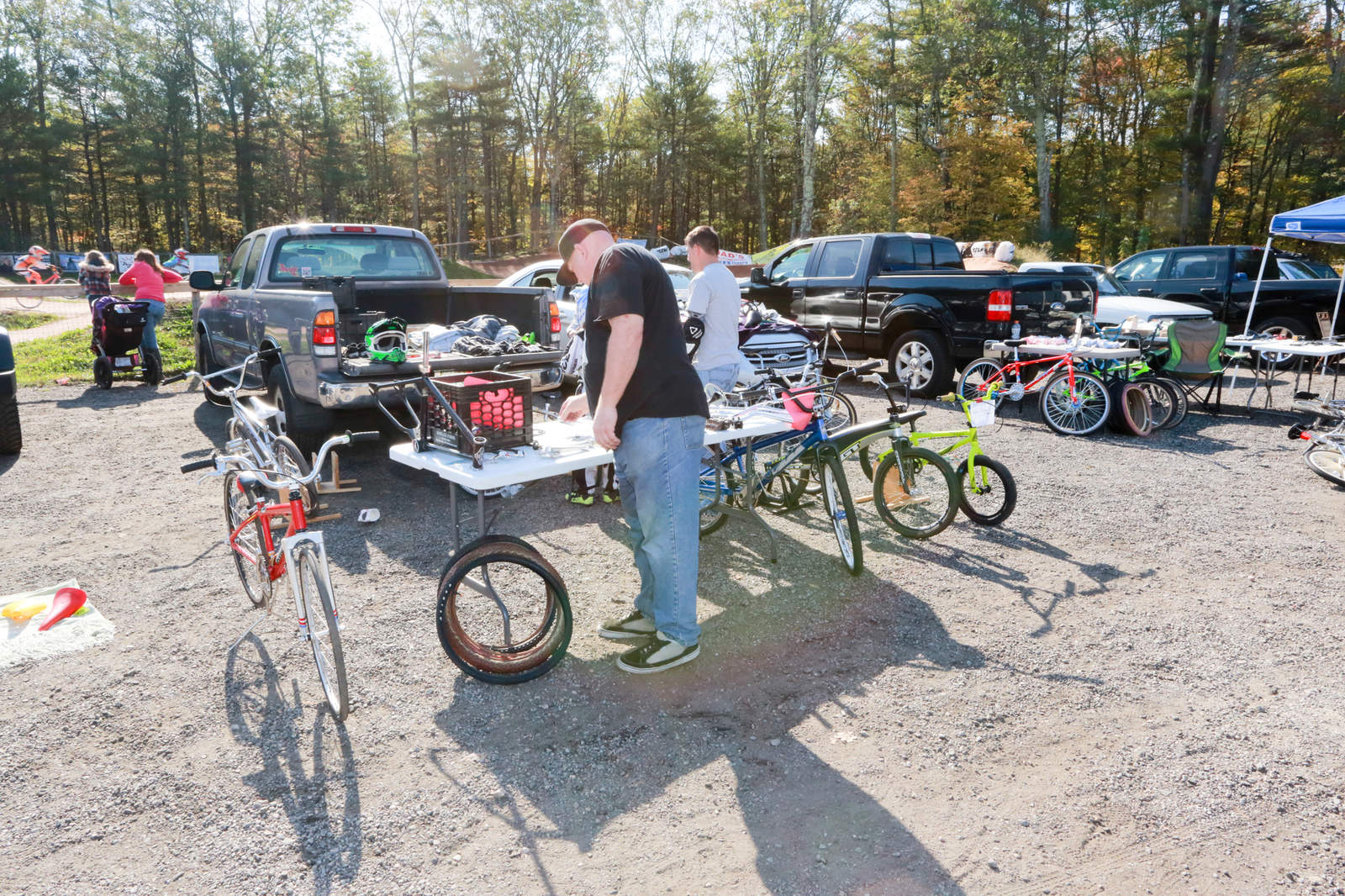 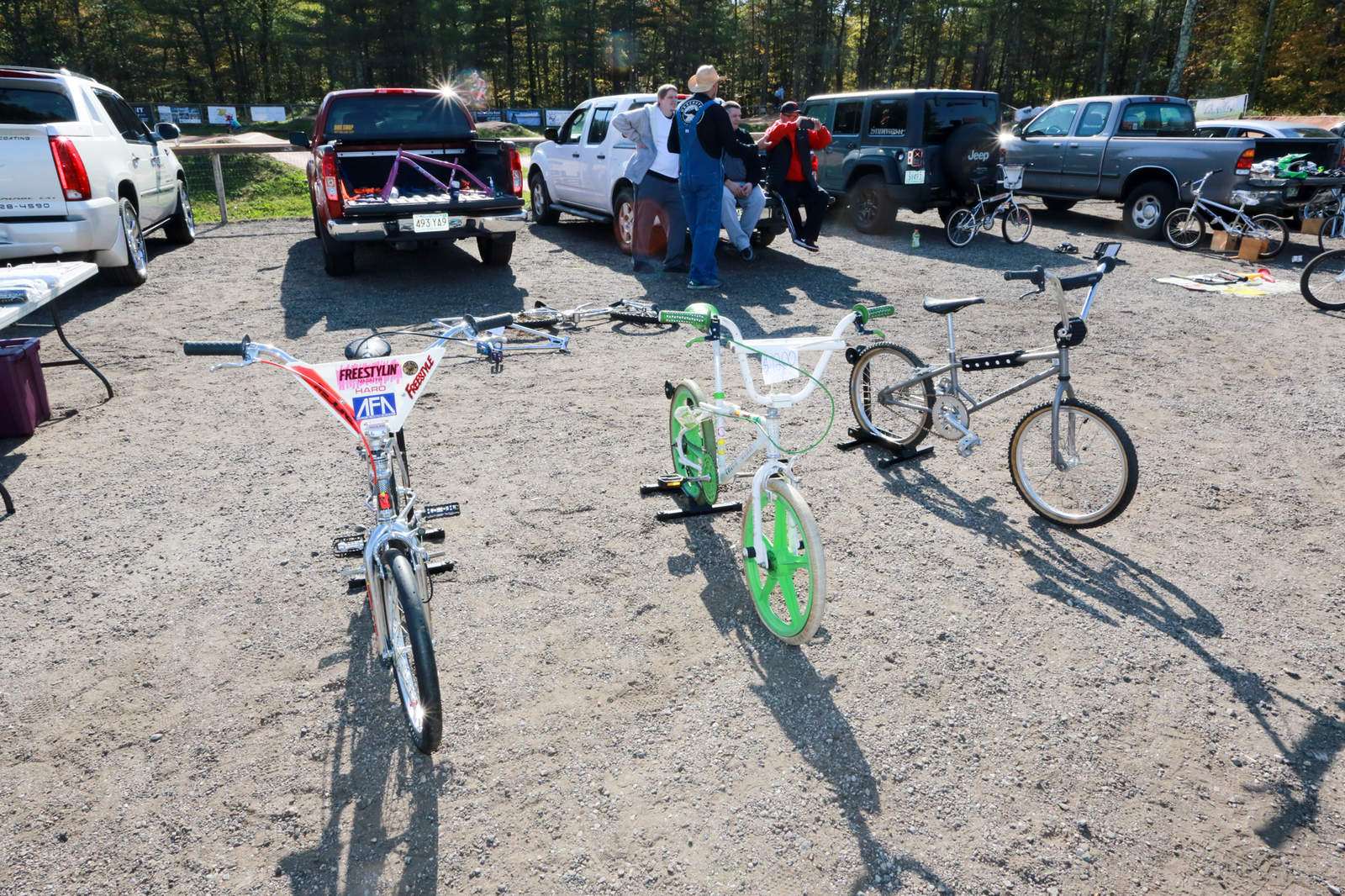 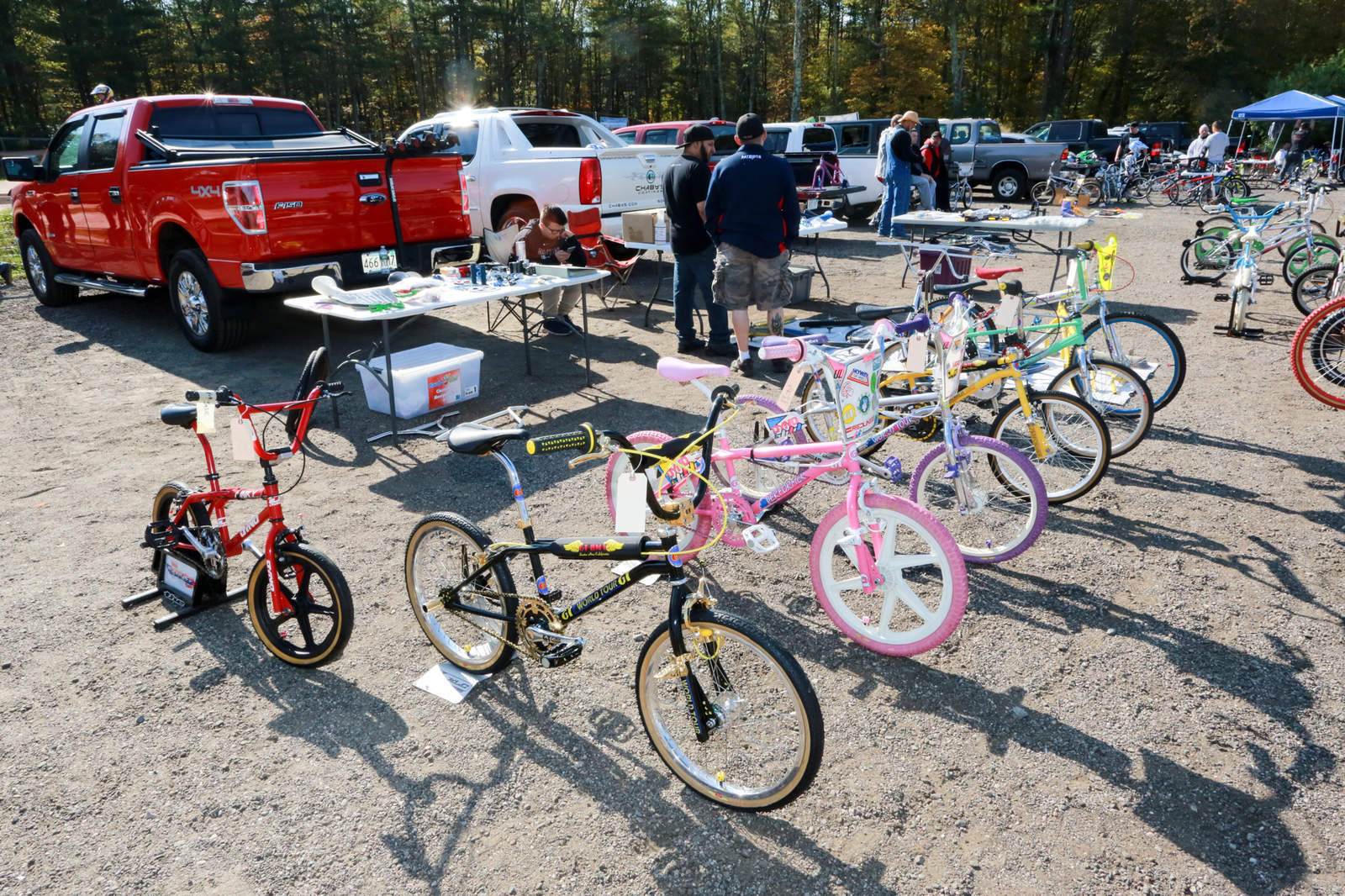 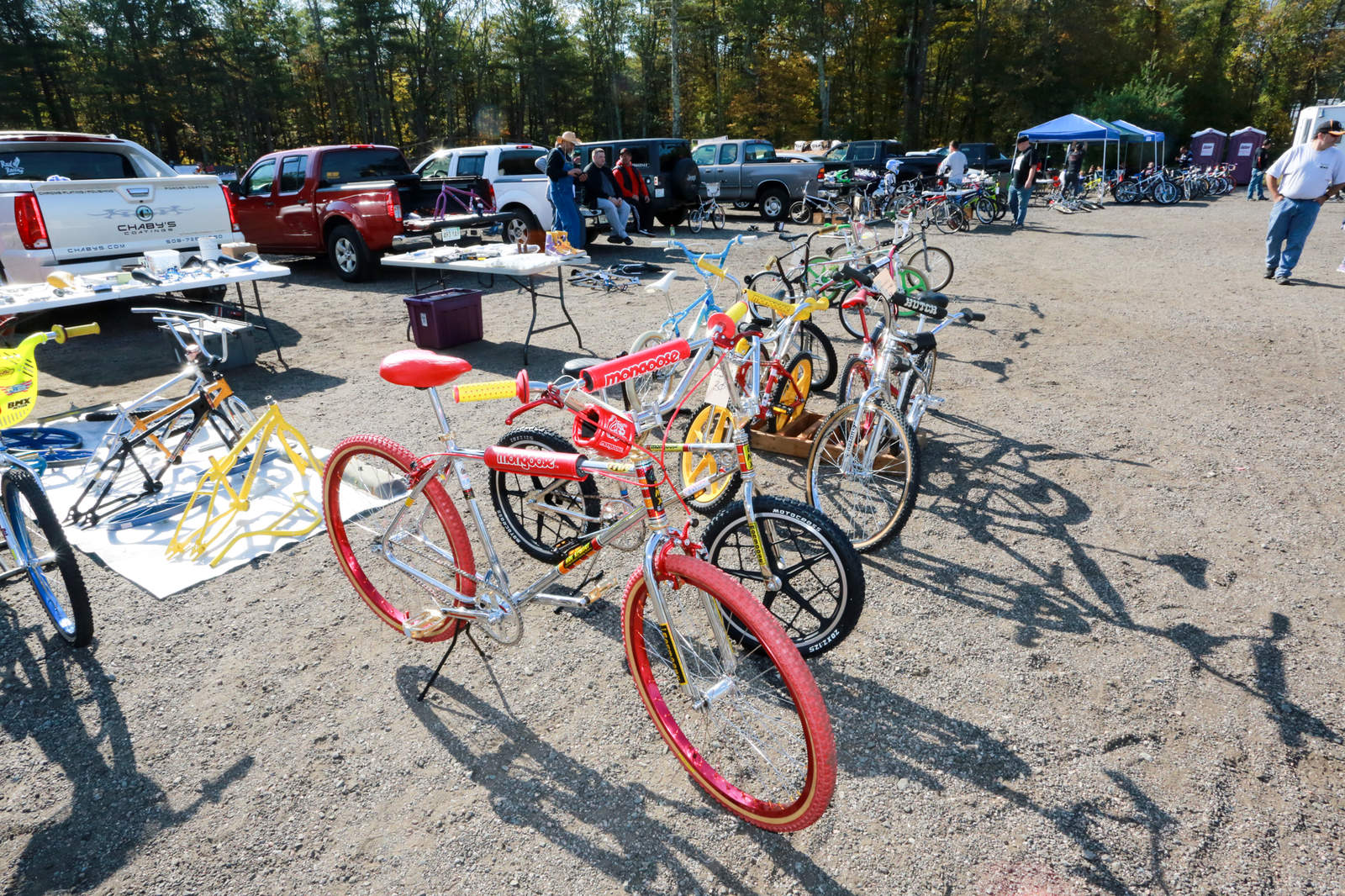 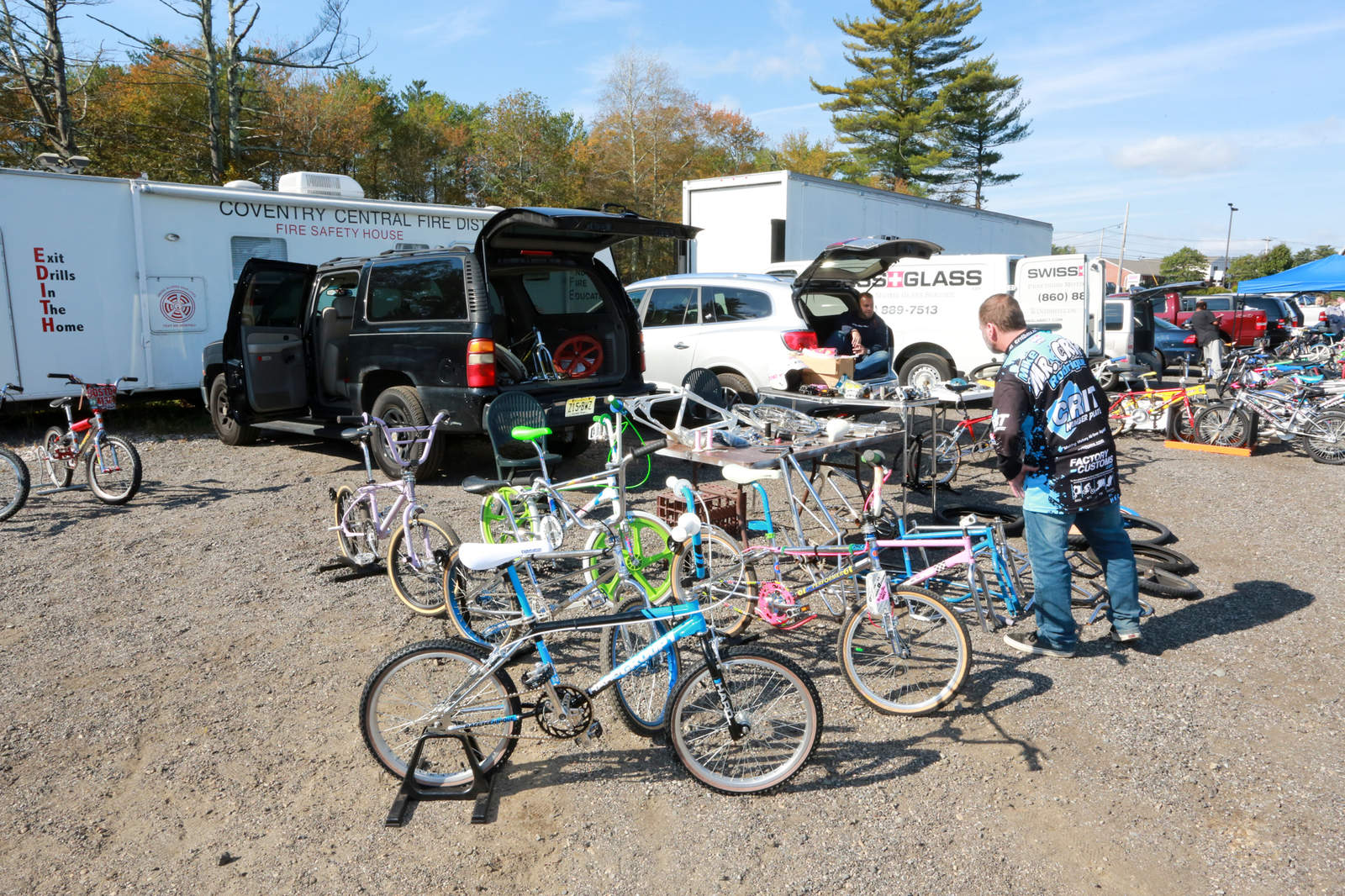 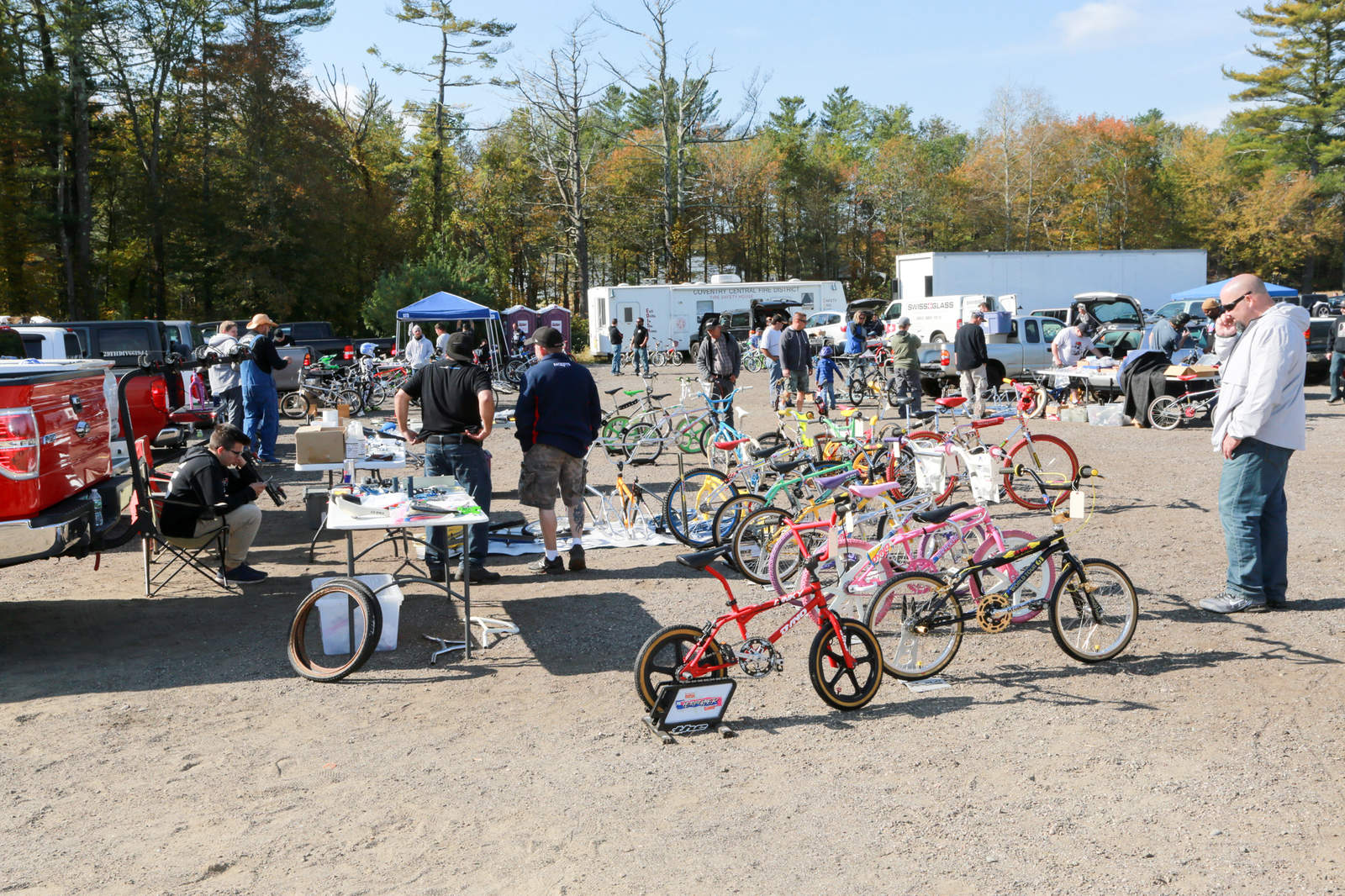 Thanks for hosting a great show, Ken! This was probably the biggest turnout since 2014. I arrived at 10:30AM and had to park at the smaller lot.
Sure wish I had a fatter wallet. Lots of BMX goodies!

All the bikes, people, parts, BMX knowledge, new racetrack and weather made for an awesome BMX show atmosphere!
The many Jersey folks (and elsewhere) in attendance reminded me of past Philly rides and BrianP's summer-slams.

While making the end-of-day-run checking out a white stamped Legal Action seat post next to Carl (?), a kid approaches:

Kid: (decked out in racing gear) Hey, can I ride one of your bikes?
Carl: Ummmmmm. (continues packing the 26" Haro?). Which one?
kid: The pink one (GT Performer?). (I thought he wanted the white Redline Proline)
Carl. That's my daughter's bike. (pause). Well, you look like you know what you are doing. Ok.
kid: Drops his bike. Hops on the bike and scoots away.
Carl: HEY, BRING THE BIKE BACK OR I AM SELLLLLLLIIIIINNNNGGG YOURS!!!


Also, I had at least 2 winning raffle numbers and brought home 2 sets of PorkChop tires (lavender and yellow).
No, the raffle wasn't rigged!

I know because the winner drew a new winning ticket.

Lavender will be swapped between Purple Reign Trick Star / Radberry RL-20ii for riding.
Yellow would go on the 85 GT Performer which I couldn't find at home.
I finally remembered trading it away. DoH! I'm getting old and senile.

Thanks again Ken and all the peeps that showed up!!  *Two Thumbs Up!*

Thanks so much to everyone involved in making this happen and to all the cool people that attended!
I was bummed I hit my head on a beam coming up the steps at work the other day since I want to ride the Track....next year.

Thanks to everyone that bought stuff from me and sold or traded me parts. LOTS of great parts and deals

I had a GREAT time again, you guys are all really cool and friendly. It's always a pleasure to come up and it feels good to be at a BMX event and NOT having to be hosting it LOL!  Seriously you guys ALL made it an enjoyable time and I wish my events came off as fun to attend. ...great community of collectors & riders up there

Looks like a good time was had Ken! Great job!!

Who had the Marzocchi 20" DJ fork?
They came later and had a bunch of S&M's up in the farthest corner ?
I've got a buyer for you if you still have it

On it. I see somethings going on the 29th.  Saw the ad can I get more details

On it. I see somethings going on the 29th.  Saw the ad can I get more details

Nothing on the 29th as far as I know. Can you provide more info on what you saw?

This appears to be a Woodland BMX event, it has nothing to do with our Biketoberfest Swap/Show. Sorry

Gotcha. Thought you were with woodland.

I would love to see this event happen this year!

[img]https://s3.amazonaws.com/uploads.bmxmuseum.com/user-images/27489/ta5964a92927.jpg[/img]
A lie goes around the world in the morning while the truth is still putting it's pants on.
"Fear can hold you prisoner, hope can set you free." - Red
"So shines a good deed in a weary world."
"We're all gonna die, but right now we're not dead." -Joe Rogan