I love it. I'm glad you didn't use the pink cables, the silver will look better imo.

Wow.  You put serious thought into your builds!

There are no carpet queens in the woods

Keep Calm and Ride On!

Hook us up with some photos here!!

lemme clarify...
I am referencing "new" build threads and not the older ones.

The frequency in which folk post up build threads has decreased a bit...in my opinion.

lemme clarify...
I am referencing "new" build threads and not the older ones.

The frequency in which folk post up build threads has decreased a bit...in my opinion.

Sorry for the delay in posting an update. It's been a busy week or so. Some of you will have already seen the finished bike on facebook, but here is the final part of the build thread with pics of the finished build.

The build had stalled for a few reasons: I was originally set on fitting pink grips. I managed to get hold of some A'ME Tri's, but when I fitted them they just didn't look right. I had black Tri's, but the condition of them just wasn't good enough. I really wanted to fit something a bit more special. There was only one other option - Oakley B-2's. I had already pair on my VDC, but was determined not to take parts from it to benefit this build. I managed to get this NOS pair on Australian ebay. 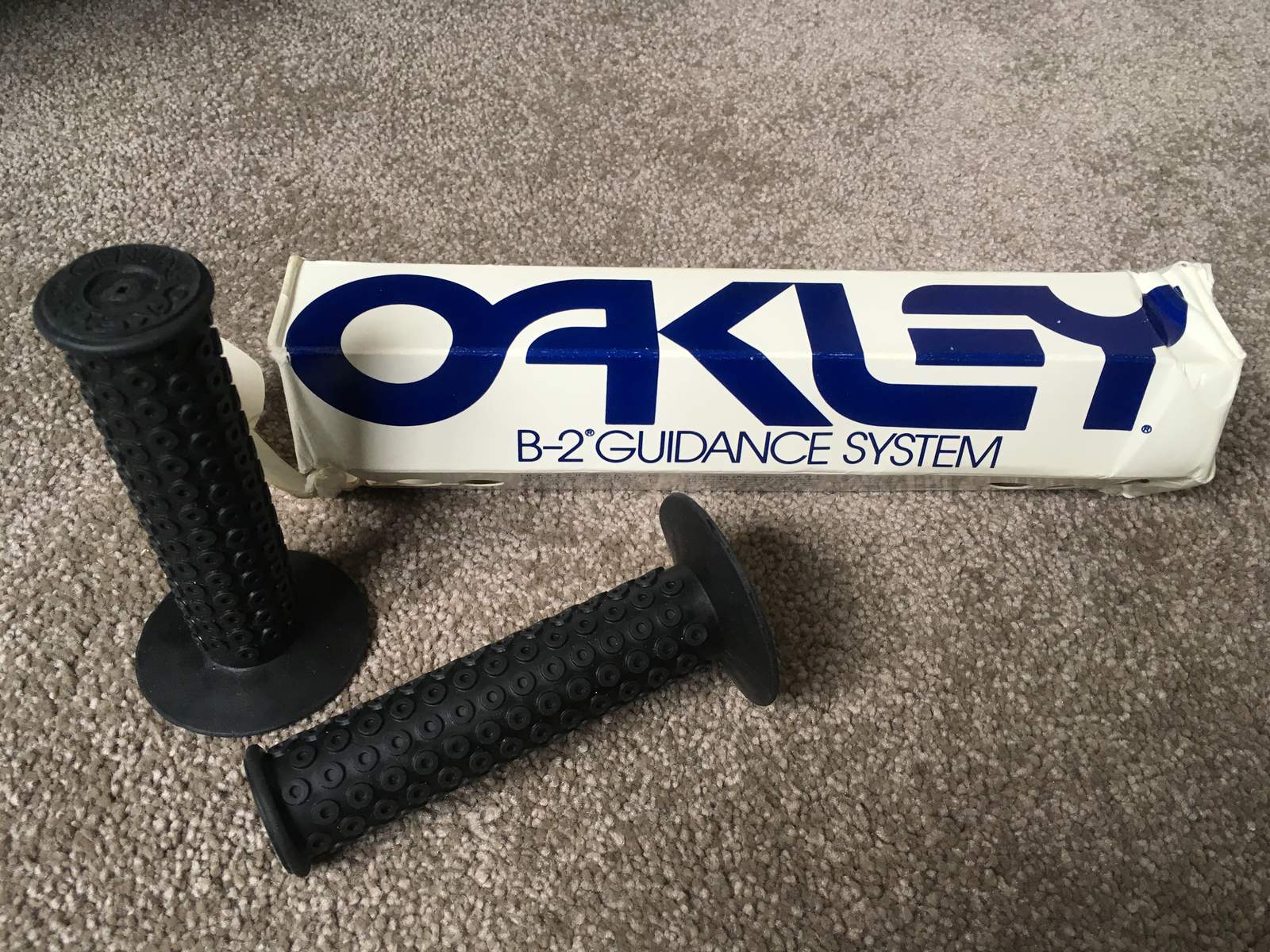 I'd had the stem for a while. It was structurally good, but had been painted green, and needed replacement bolts 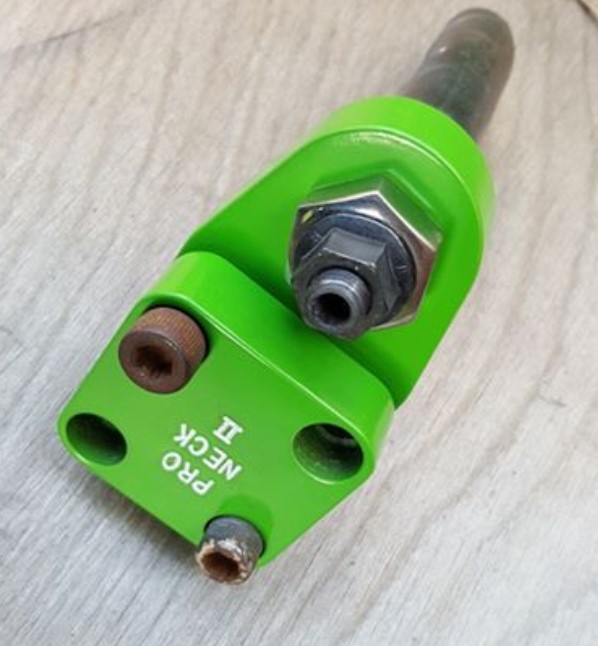 I stripped it, and a friend did a supurb bit of light resto to bring it back to it's original state

Another reason for the delay in getting this build finished was having a re-think on the pedals. After speaking to and taking advice from a few people, I decided to ditch the pink DX's as they weren't an original colour. I still liked the pink ones and didn't want to strip them, so I went on the search for another pair. In the end I bought 2 pairs. The first ones had been restored (badly), and the pins had worn down slightly on the outer edge. The 2nd pair I bought had been rattle canned in a radberry colour, but apart from that were structurally solid and were in very good condition. I stripped the paint and a friend and myself gave them some very light restoration.

I had a choice of both silver or pink brake cables on this build. My original choice was pink, but then thought silver would be better to avoid any clash with the frame. I built up the bike using the silver cables, but just didn't look right. The front end by the bars was too silver with not enough colour going on. I decided to go back to pink, and it was the right thing to do

So after being semi built up for a few weeks, it was touch and go whether i'd get this finished in time for the biggest and best OS bike show in the UK, but i'm delighted and relieved that it's done. It's been a real labour of love, and I dread to think how many hours I've agonised over trying to get the colour balance right, despite there only being 3 colours.

The bike came 3rd in the Old School Freestyle category at the MK16 old school bike festival, hosted by radbmx.co.uk. Hope you all like it!

I'm still looking for 1 more 1985 dated pink cable to complete this build. The other cable is an 86. Can anyone PLEASE help me out with an '85??

Everyone is entitled to my opinion!!!

Thanks Matt, and everyone else. Please dig deep into your parts bins. Am desperate for an 85 pink cable