Largely through the ownership of a VDC-built Trident, I’ve become increasingly interested in Free Agents and picked this frameset up on eBay. Made in Dec ‘84 (the 8-digit serial - on the non-drive side dropout - is 1284****), I think this is one of the early ones built by Brad Shoup in Beuna Park, California rather than VDC, as I think Voris Dixon was shutting up shop around that time. At first I thought the green was a spray-bomb job but both the paintwork and the era-correct decals are in the condition you’d expect after 30-odd years. The TT length is 19 1/8” and there's no chainstay brace. It came with the bars, which are 27 ½” wide with a rise of 8 9/16”, and I think are original Free Agent Pros, though the green is not quite the same shade as the frameset. With both the paintwork and decals both showing their age, I went for a survivor look using old school parts wherever possible. Nothing fancy, just a simple build along the lines of a budget-racer from the mid-80s. Here’s the parts list:- Free Agent frame with matching forks; Free Agent pro bars; Tange beartrap headset (with new bearings) DK “square top” stem; Winner Circle grips off an ‘84 Mongoose Cali’ survivor; ’83 Dia-Compe MX890 brake caliper with matching ’83 DC Tech 3 lever, ’83 DC outer rear cable (with new inner cable) and DC pads; DK seat post clamp and a no-name layback seat post; No-name seat (made in Italy); Araya rims (20 x 1.75) with Suzue sealed hubs, NOS Cheng Shin (20 x 1.75) tyres and Kenda tubes; Old school Victor (VP-747) beartrap pedals; Tioga 175mm opc (made by Sugino) and Tioga BB (with a mixture of old and new parts); Tioga CDC-1 alloy chainwheel (44t); Suntour freewheel (16t); KMC Z chain; Shimano brake cable holders; Dropout savers (Joe Buffardi specials).
[BOUGHT Dec 2014, BUILT April 2016, SOLD July 2017]

I took a whole load more photos for the Spring Build Off, so here's a selection of the best ones:- 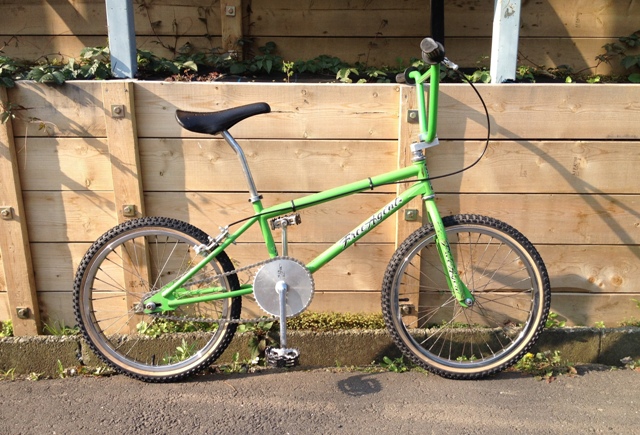 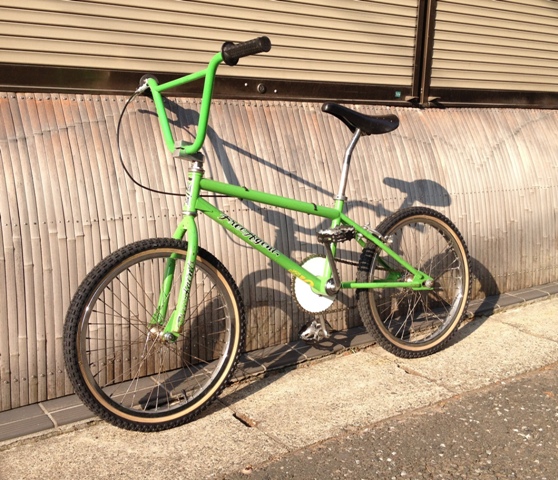 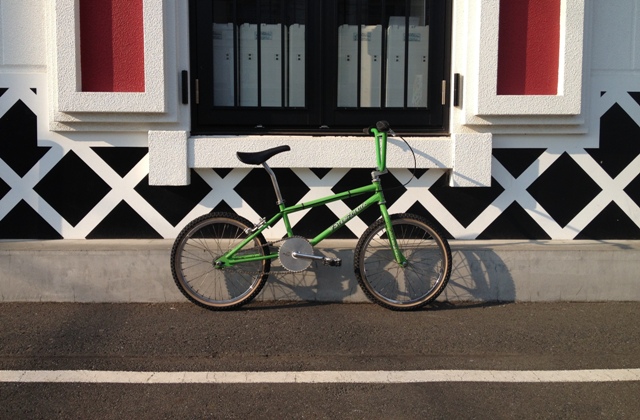 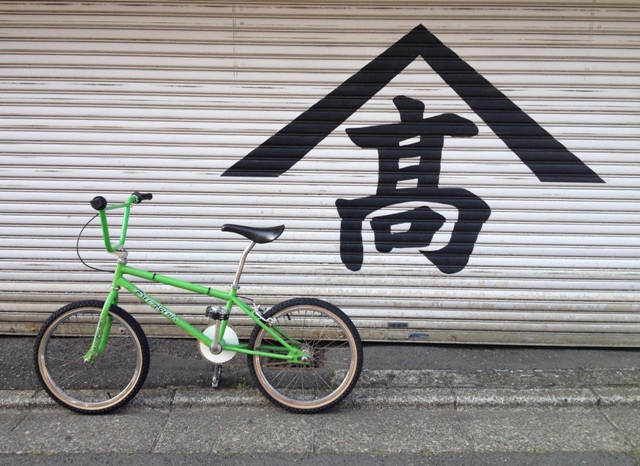 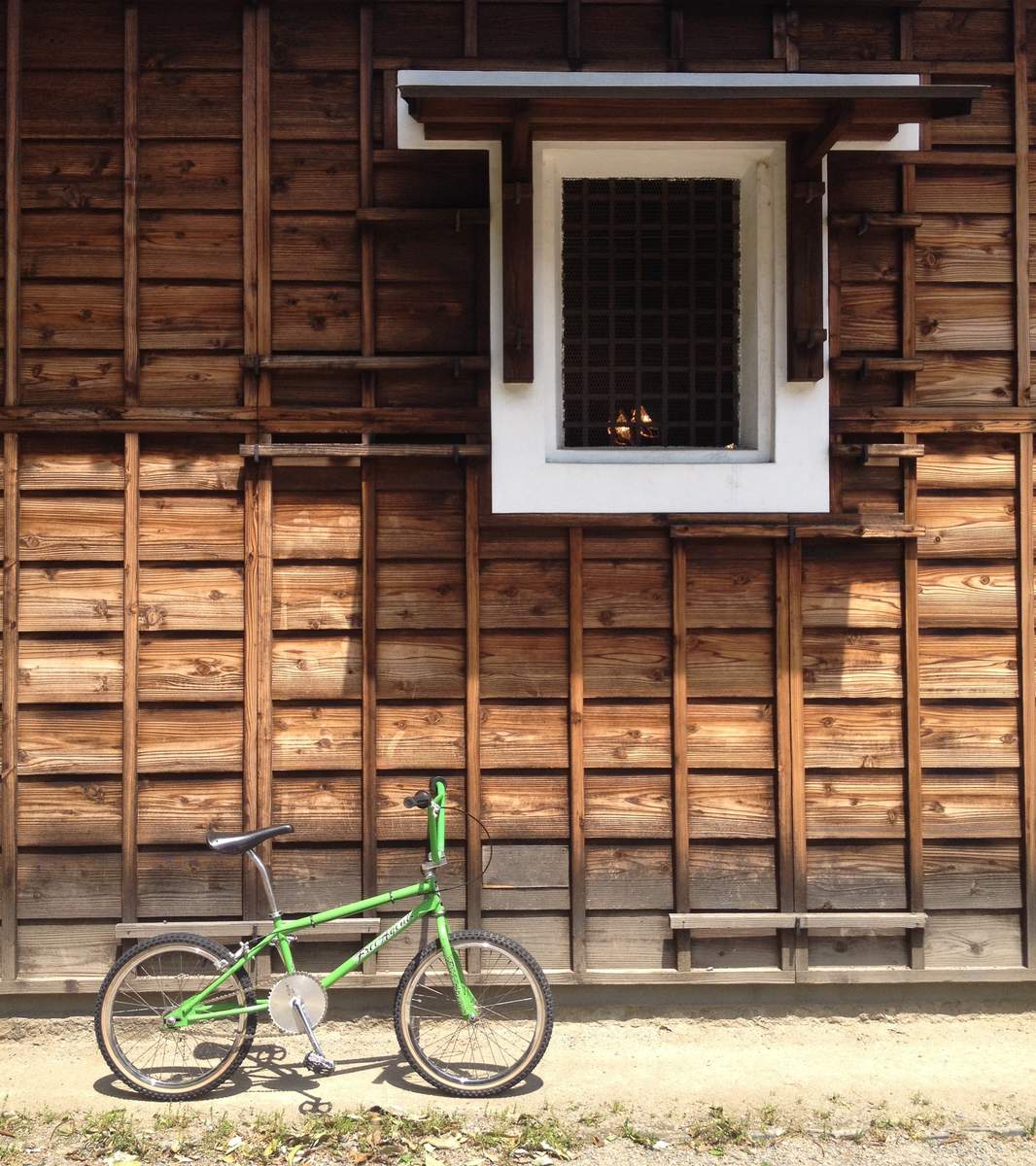 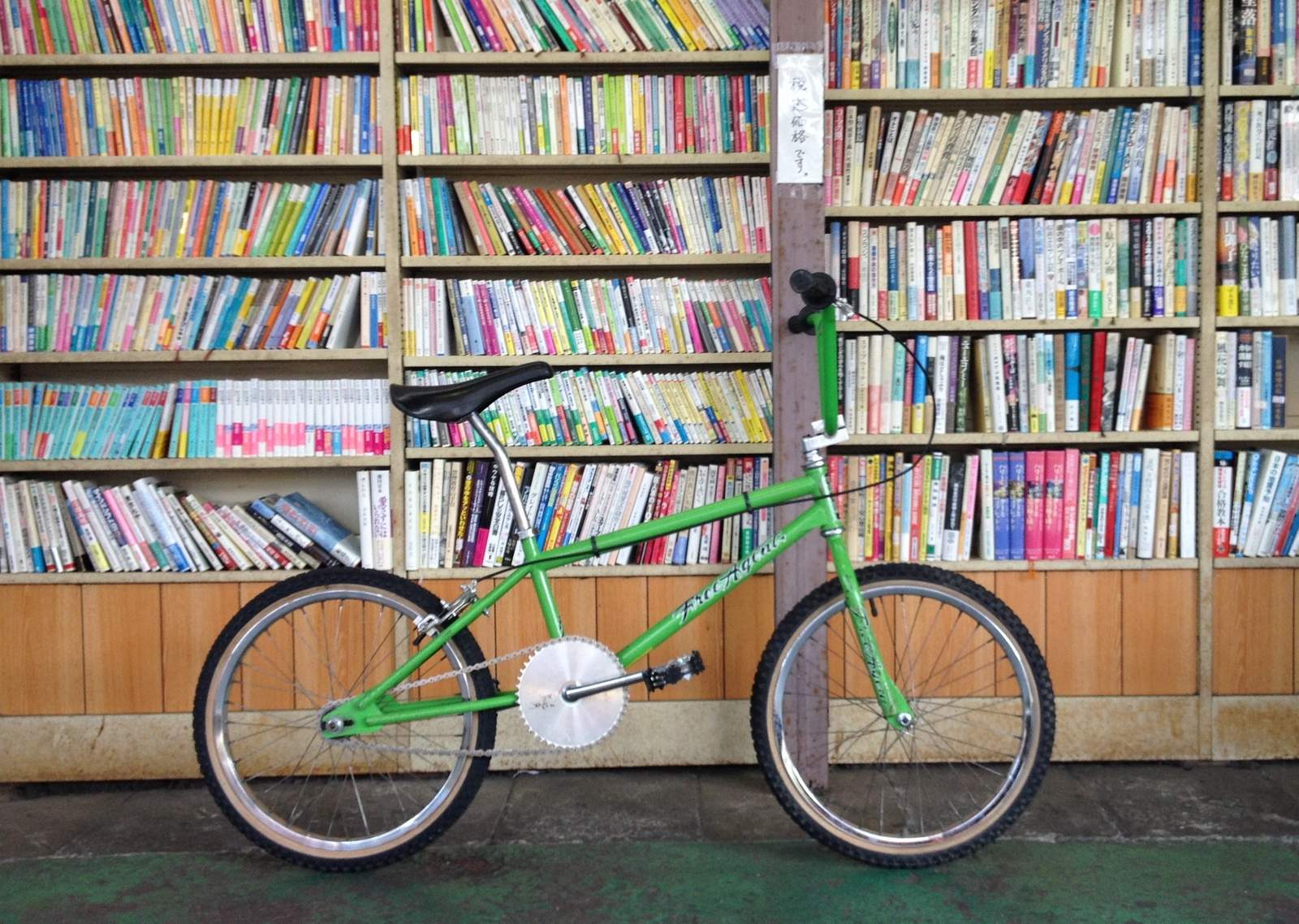 Awesome. I had a chrome 1984 FA Freeflite with green Tuff IIs - the inverted version of yours.

Thanks man! I've just had a look at yours and they look as though they were separated at birth!! Like 2 peas in a pod!

Good looking ride! Sure like that green on a race bike

Yeah, you obviously see lots of green on a MX and road racing tracks with Kawasaki, but not much on a BMX track. I like something a bit different and also really liked this particular shade of green.

Life is short.  Spend it!  Always on the hunt for Peregrine wheelsets, anything Standard, Homeless. If you have sold me a expensive bike I thank you for letting me buy the way I did.  Makes it possible for those of us that hide BMX monies from our spouses.

Thanks man! I really enjoyed building and riding this one, though looking back at it now, I regret using that Tioga disc instead of a chainring and spider. Still love that green paintwork though!