The area is Clear! 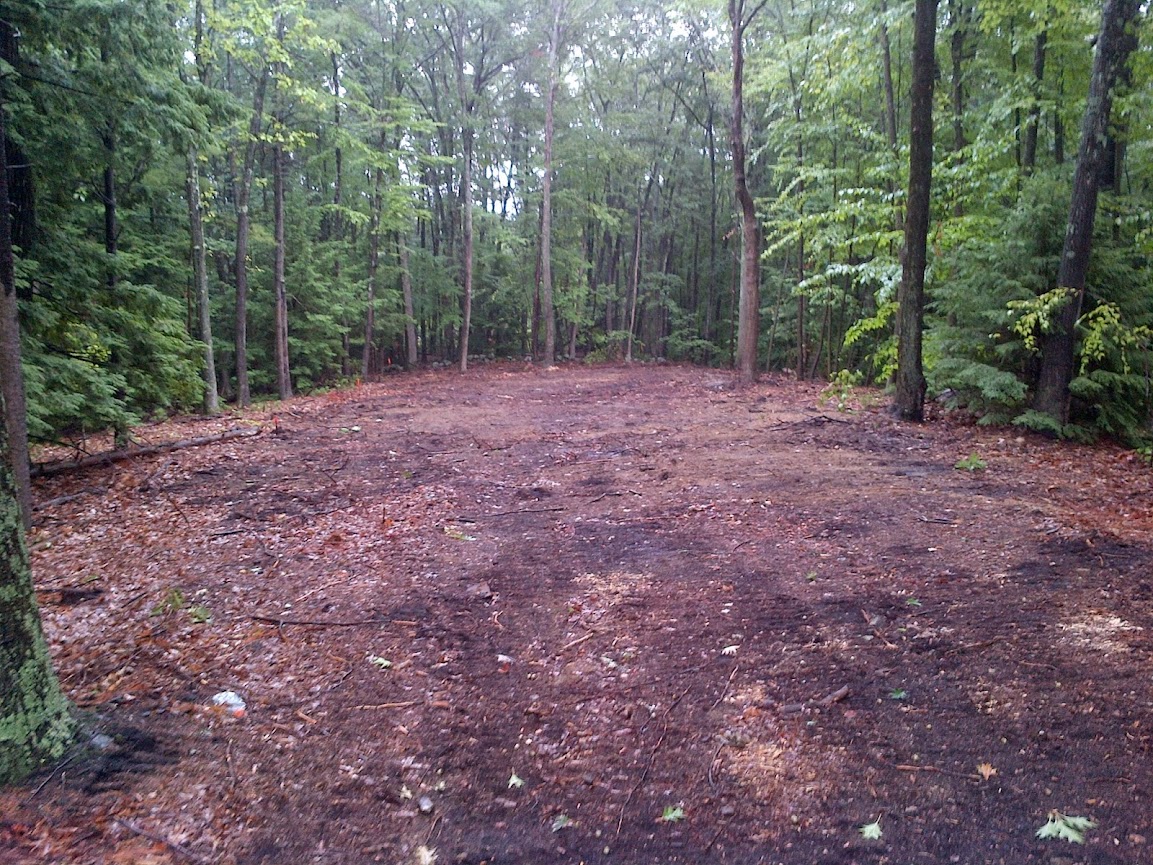 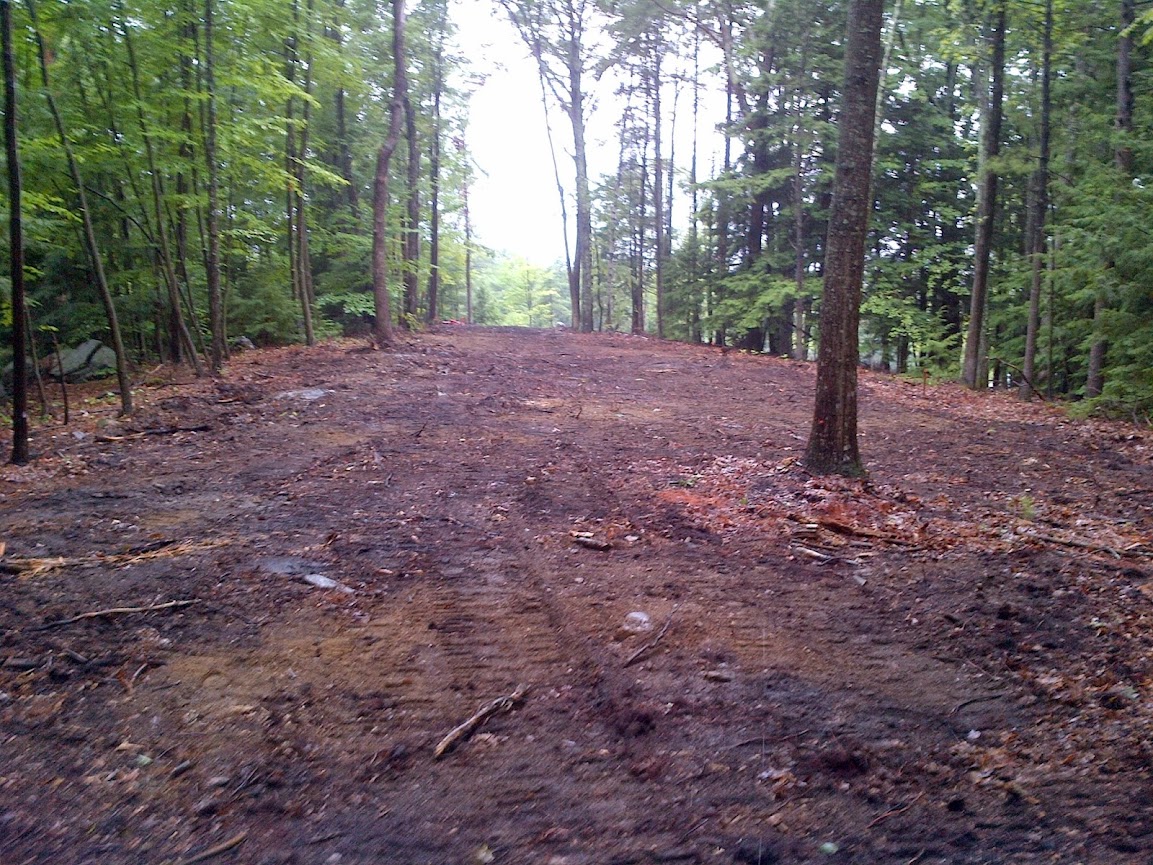 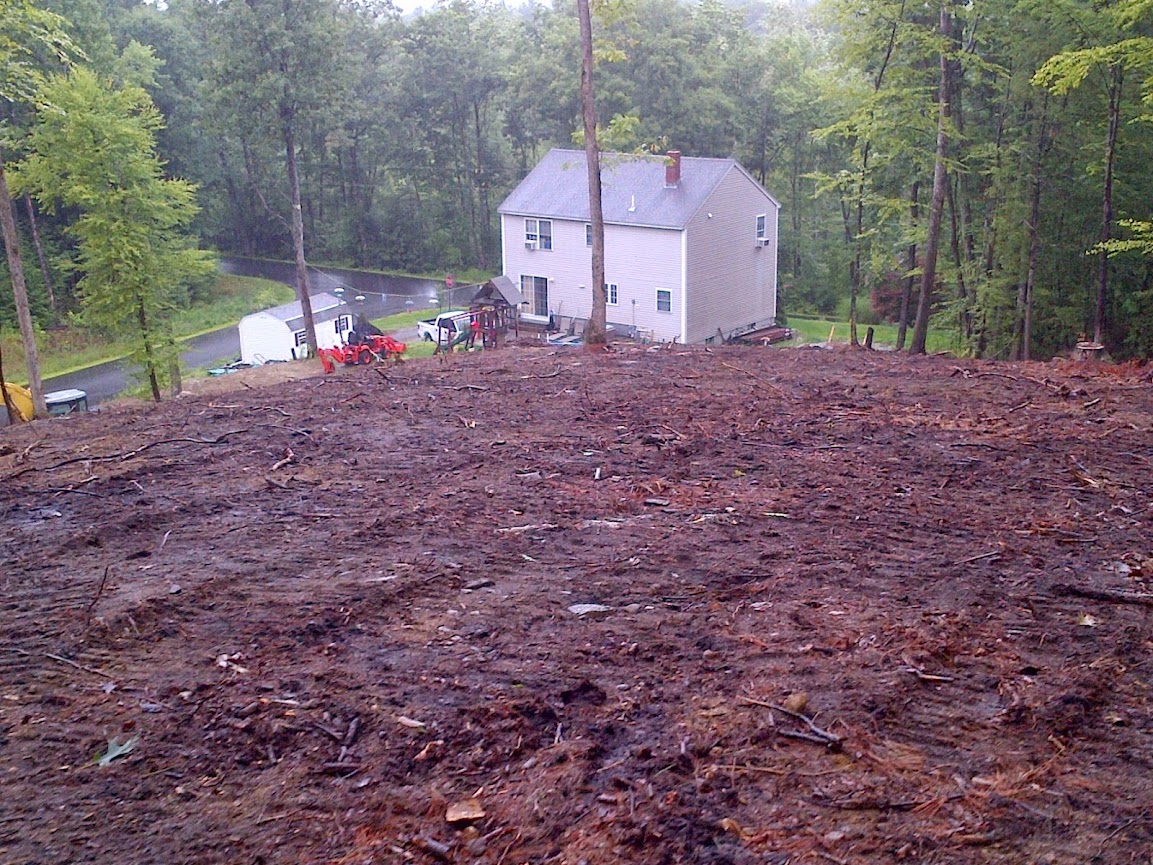 I live two minutes from New Hampshire, can I come over?

[img]http://uploads.bmxmuseum.com/user-images/27489/ta5964a92927.jpg[/img]
A lie goes around the world in the morning while the truth is still putting it's pants on.
"Fear can hold you prisoner, hope can set you free." - Red
"So shines a good deed in a weary world."
"We're all gonna die, but right now we're not dead." -Joe Rogan

I live two minutes from New Hampshire, can I come over?

Sure! We wont have anything that we can ride until mid to late September. I am actual going to have Alex Fowler come in for the initial build as after 14 months of clearing grading by myself I want to be sure I get a decent flow down for the initial layout. The bueuty of this type of thing for me is that it will never be done. I will always be changing and improving it. 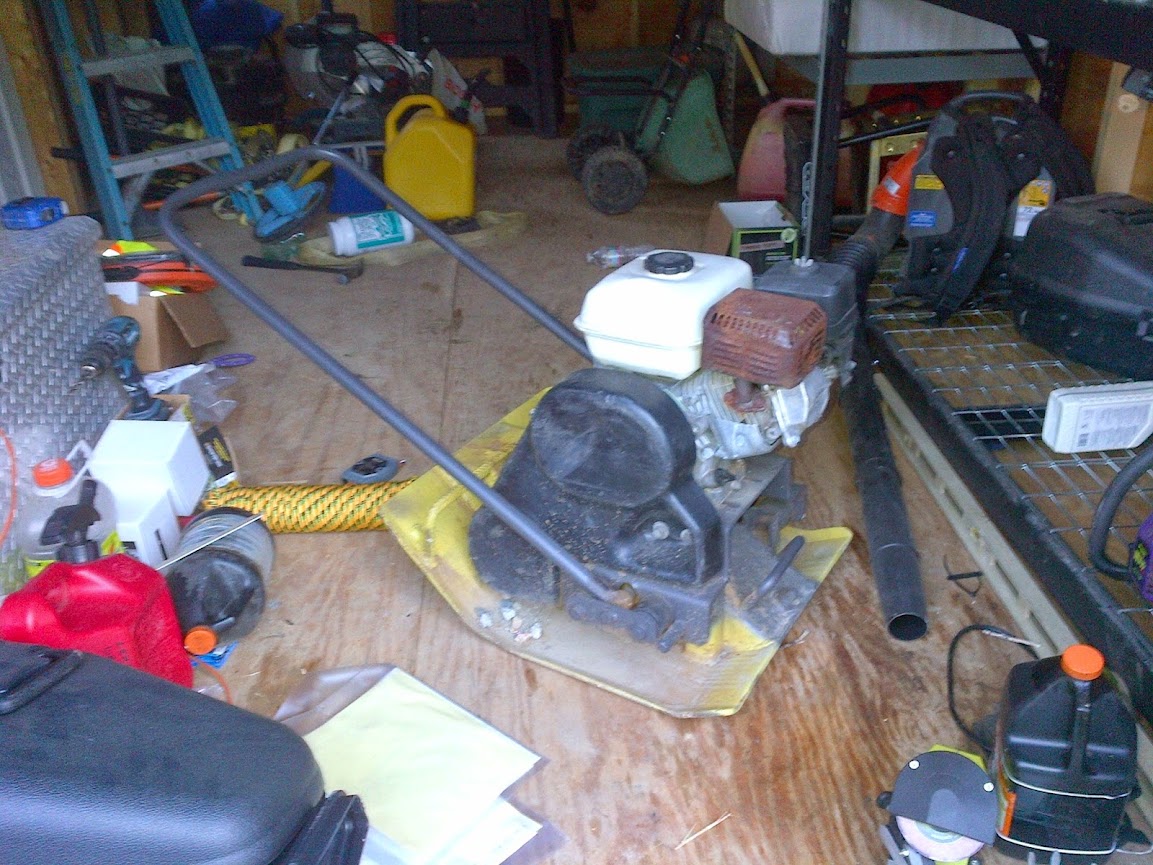 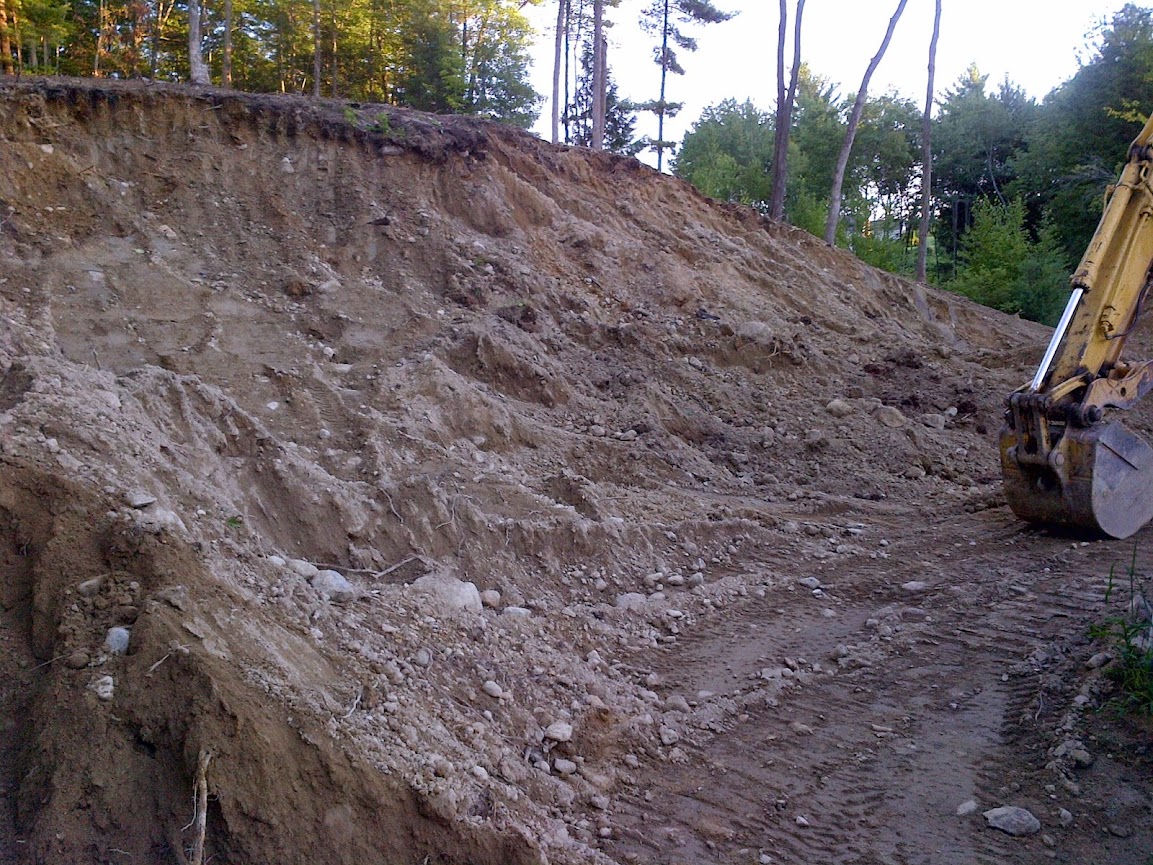 Screening station, I am blessed with high clay content! 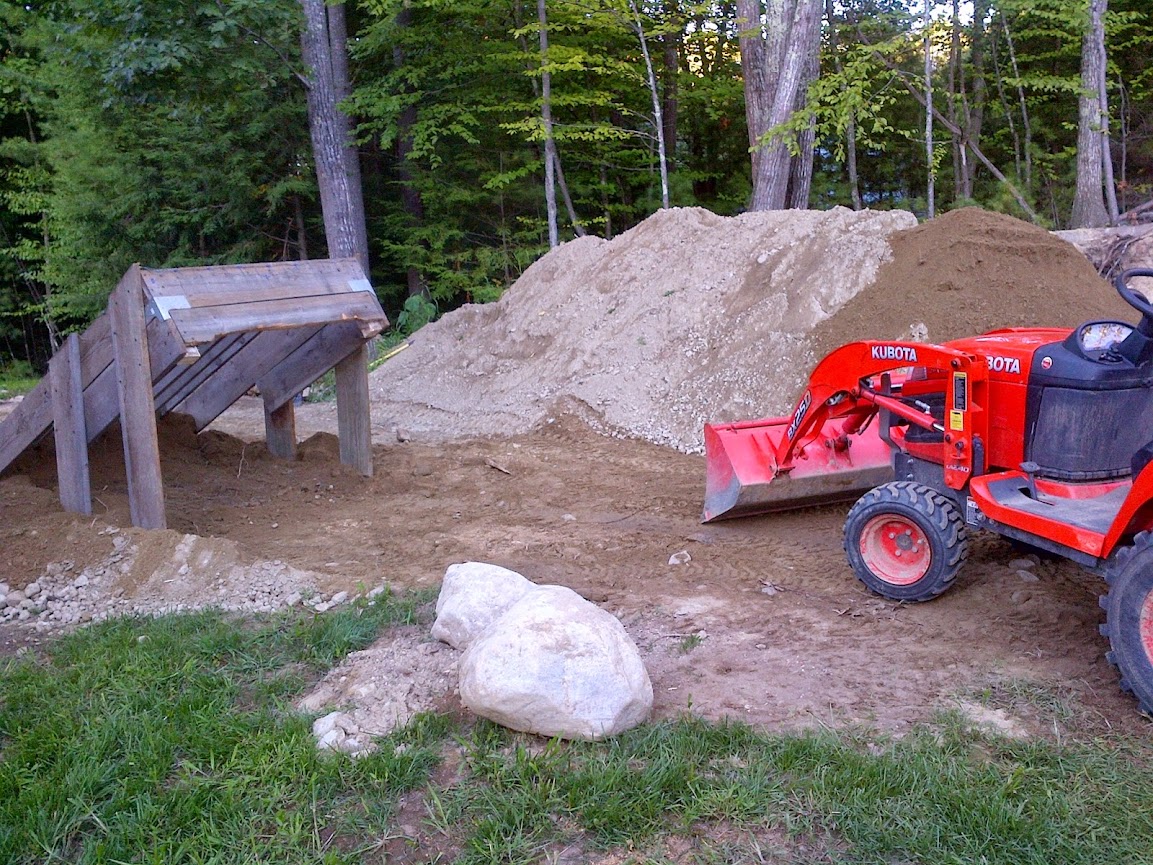 John Stark would be proud, "Live Free or Die"!

Your project is coming along nicely . This is such an amazing thread !

This made me laugh. you bought a Kubota then say you've been looking for a compactor you can afford?

I like new school, it's all I ride.
I love to look at all BMX bikes, I just love the sport.

This made me laugh. you bought a Kubota then say you've been looking for a compactor you can afford?

billyhandyjunior
Every day is a gift!

"Change your thoughts and you change your world." - Norman Vincent Peale

I have several mid-school BMX catalogs and magazines on my Issuu Page  -------->  issuu.com/pharv85/docs
Check out some parts that I've researched and learn something new:  http://bmxmuseum.com/reference/user/55510/

Owl, Heyslugger and Severed are on my "Deal with first" list. You guys are rad.

Marked for the total coolness.

No fair! you have mechanical Implements!! lol , cant wait to see more!

Just trying to complete my STA...

Anyone want to try designing a layout?

You might want to contact cmc , he's pretty technical when it comes to building trails and such .

You might want to contact cmc , he's pretty technical when it comes to building trails and such .

Anyone want to try designing a layout?

Although I would love to design it, I'd really have to be there in person to do it well.  My main advice is resist the urge to build a line straight down the gradient.   Even though we all know that going fast is fun, the problem is that the run is over too quick and then you have to hike back up.  In the short term (like for contests), builders aren't worried about that, because max speed plus max-size jumps is the goal.  But, if you want a long-term spot to ride day in day out, both when you're amped and when you're tired, you want something you can session easily and repeatedly.   It's kind of like the difference between cranking around a full size bmx track (a lot of effort) versus sesssioning a backyard mini ramp.  Even though the mini ramp is "less," it offers "more" because of the continuous riding option (and range of lip tricks etc.).

Therefore, my first suggestion would be for the top of the gradient to start out small and be designed as a switchback across the gradient, with an option to exit and get right back on that same mini-loop for multiple laps.

Even though you have heavy equpiment, it's much better to build each small section at a time and ride it in, then go from there.

Switchbacks will maximize the length of the run.  It also opens up the possibility of option-line connectors, where you take a short cut directly down gradient in between the switchbacks for extra speed.

To mix things up, instead of a regular switchback berm, you can do an "M" berm which is an "S" plus an extra turn.  They actually work better downgradient than on flat ground, because on flat ground, it's actually pretty difficult to pump 3 consecutive 180 berms (or 120 berms).  Check out this guy's YouTube video of pump track M berms. Now imagine those were snaking down the hill instead of flat gorund..... www.youtube.com/watch?v=JhM022wo0PA

Here's an example of 70's-inspired-downhill-bmx mixed with modern mtb 4x racing track.  Angel Fire, NM. (I was there in May).

Because it's your own property, you can get away with building stuff out of lumber. Consider building some wood launches with dirt landings.  It allows you to move the launch around until you get comfortable with the speed and spacing.  (More fun that building a dirt lip by yourself, then tearing it down).  Even flat-bank style launches like this can be fun, when mixed into other stuff: (yours truly, pic from 512Freeride park @ Twin Parks, near Austin)

Another idea:  I took this pic at Whistler mountain; I think the trail was called "Crank It Up" maybe... These conseutive flat bank walls to dirt landing... easy but super flowy and fun....

You're in New Hampshire . . . if you've never been there visit Highland MTB park. I haven't been there, but I would love to check it out.  Consider some kind of wood feature. If it's big, like this, then the best place is near the bottom of the run.  The 180 aspect of riding it, soaks up all your speed and sends you back up-gradient a little bit. 63v-dub
Pro MemberHi my name is Chris, and I am a Bike-a-holic

A couple of more inspiration links....

Example of trails through woods, with bmx-track-ish jumps and rad berms:
Lars Shreds the Double On Unemployment Line
vimeo.com/50998782

TortugaTonta's flow trail, with plenty of rollers and berms mixed in with jumps.... Thanks CMC. The land where I am starting is mostly flat. Over the 230' it drops maybe 6'-7'. I am mostly inspired by the Walnut Creek pump track. The flowing, rollable + Jumpable lines is what I am going to go for. I was going to bring a guy out to help me get going, but I think you have provided enough input to get me going solo. Unless you want to jump on a plane? I will buy the beer!

Marking this. Looking to get back into the cranking once again!

I am looking for : NATIONAL PROS( AND PARTS), BANDITOS (AND PARTS), GALINDO BARS, CAM PLATES ARE NEEDED. Land of chocolates...Hershey Pa 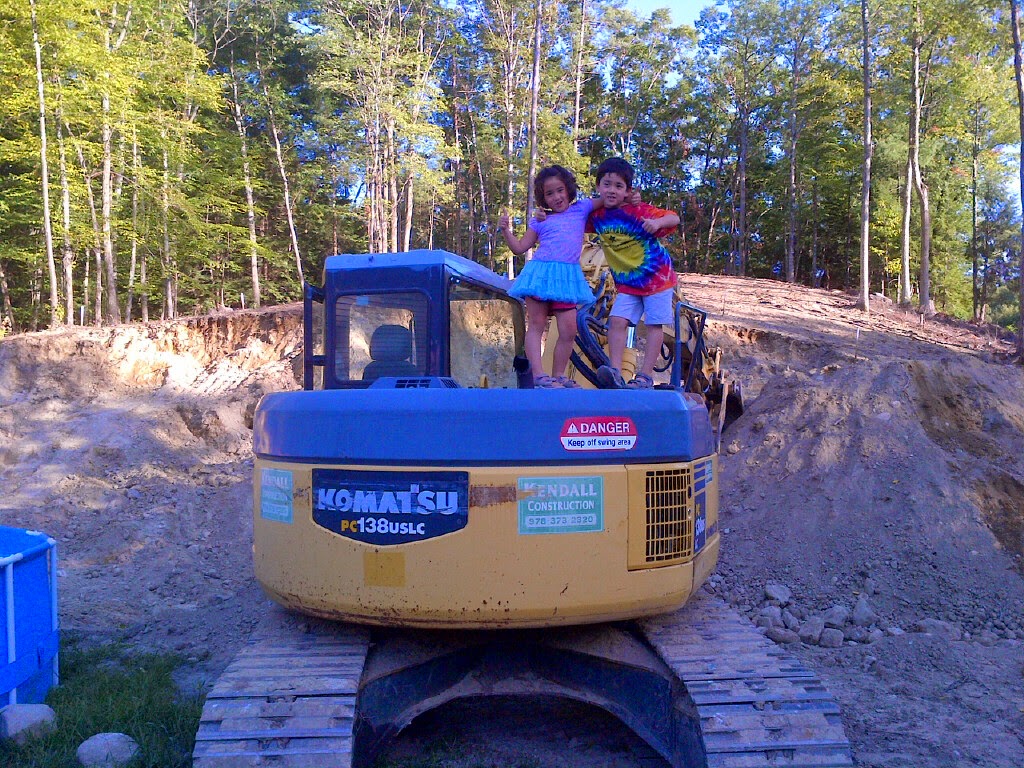