So here is my latest build, with a little background. I began as a racer, but after seeing a live freestyle show put on by Van's, featuring Woody and Martin, my mind was set on freestyle! That show was held at my local track - Braddock Park in North Bergen, New Jersey and they performed right on the last straight. I'm sure I don't have to say how wicked the show was...it totally blew my mind! Even though I had been reading all of the magazines regularly for a couple of years, seeing their flatland show in person was way better than any photo spread. They both blazed through tricks smoothly, yet with a sense of urgency and it definitely left an impression on me. From then on, I pretty much left the track and the 16 Expert class for the freestyle world.
In any case, Martin had just snagged his Torker ride and showed up that day with his Prototype Torker (which also blew me away). It was also my first time ever seeing the Cherry Picker (wasn't even in the mags yet) and I almost couldn't comprehend what I had seen! So, I promptly pre-ordered a Torker Freestylist and eagerly awaited it's arrival. It came in October and I swapped out parts from my other freestyler at the time (a performer, if I'm not mistaken). It took some getting used to at first, due to the geometry and 5" head tube. Soon enough, a buddy of mine got one as well and I soon lost interest in the Torker as a result. Around the same time, I had just peeped spy photos of RL on the RL-20II and I set my sights on that. Once it arrived, I sold off the Torker and that was the last I saw of it! Although I really loved the RL, I always regretted selling the Torker. Once I got back into this OS-BMX thing, I vowed to get one if one ever popped up. Now mind you, late last year, I swore off any new builds, with the one caveat re: the Torker. Wouldn't you know it, one pops up early November of last year! Needless to say, I did not hesitate on snagging it. This one is the 60th production frame set made.

WOW sweet build, and awesome story to go a long with it

Here are some additional photos of this bike throughout the build up process:

Here it is semi-mocked up with a pair of wheels I built for my cousin, with Bullseye hubs, just to see how she looked:

Here it is semi-mocked up with the wheels I intended for her (NOS 2nd gen GT Superlace hubs in chrome, NOS red Ukai shiny side speedline rims with stainless spokes and gold nipples):

Here are the 2nd Gen VDC Woody bars after having them refinished in a GHP red (I wanted to keep them with the OG paint in black, but they were pretty beat and had a good amount of rust, especially in the clamp area):

Here it is coming along with more parts: 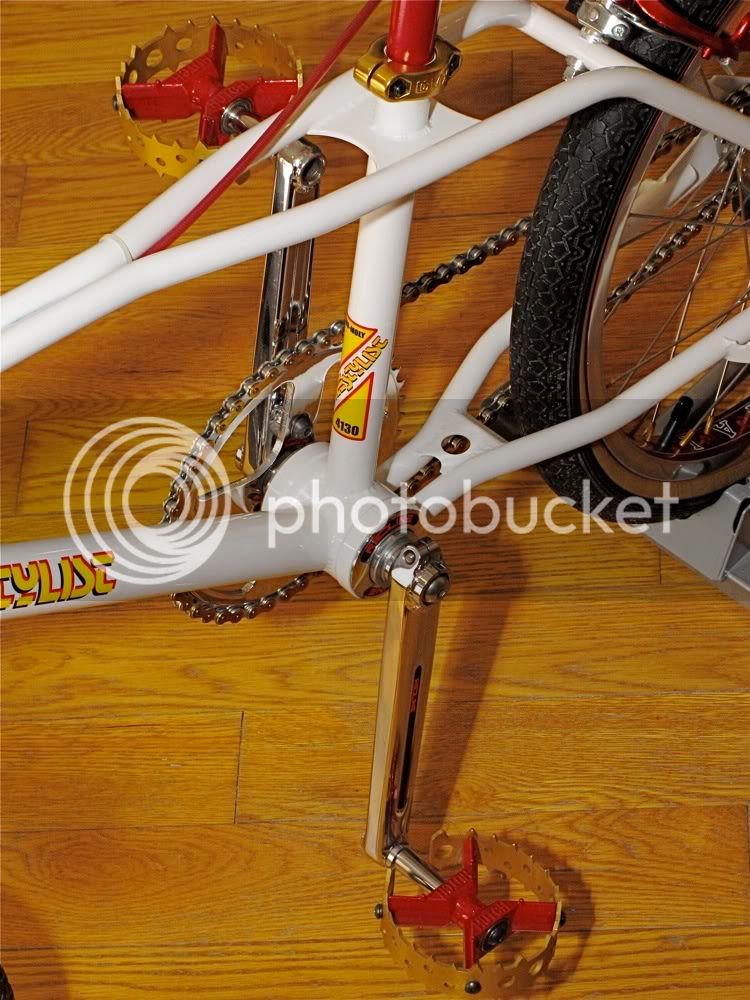 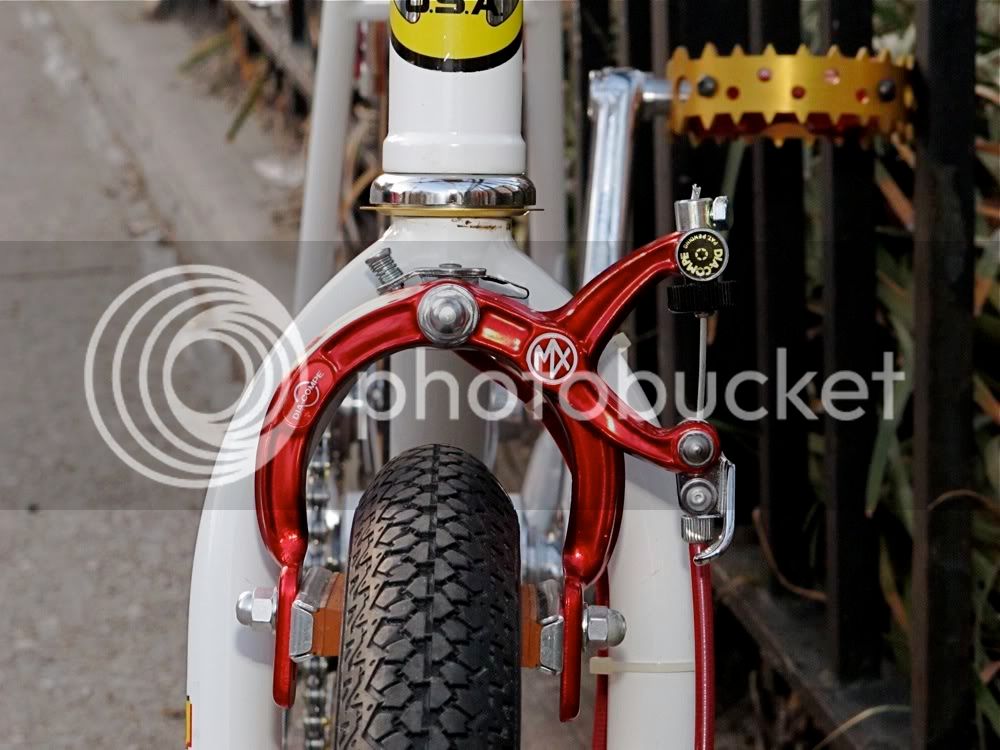 Thanks again for looking!

"MOM!  Throw down some money!  The Ice Cream Man is coming!"  - Eddie Murphy

I remember when you debuted this in a thread last week or so...  It really caught my eye then.  Props to Matt and Louis for the decal work and you for the vision.  Well done!

Very rare and very sweet build, Marcus!  And I'm very pleased to see that bike in (what looks like) your bedroom!

Very rare and very sweet build, Marcus!  And I'm very pleased to see that bike in (what looks like) your bedroom!

Kevin! Where you been?! I'm honored that you saw fit to emerge from the shadows to comment!

I appreciate it and yes, it is in the bedroom!

Thank you matty; that says a lot and I appreciate the kind words!

Might be the first time I've commented on a freestyle bike, this thing is incredible. Great build!

dpercival - Thanks and I agree on the use of gold!

Jay - I don't know what to say, except I'm honored! Continue to get well my friend!

Martin Aparijo lived behind the wax museum in Buena Park and that's where he perfected his craft, in the back parking lot. He was amazing all of us back then. Had no fear with big jumps too. Loved riding with him. Super cool dude.

Thank you for the compliments guys!

Martin Aparijo lived behind the wax museum in Buena Park and that's where he perfected his craft, in the back parking lot. He was amazing all of us back then. Had no fear with big jumps too. Loved riding with him. Super cool dude.

Thank you for sharing this story. He was one of my favorites and had a style like no other. I remember him competing in the AFA to Dionne Warwick's "That's what friends are for" and everyone was kind of shocked, but only he could pull it off!

BMX/Freestyle... my fountain of youth.

That's amazing, Marcus.  I do believe I'd shelve an RL-20II for that as well.

That's amazing, Marcus.  I do believe I'd shelve an RL-20II for that as well.

LOL! Well, not this time. This time they'll have to co-exist!