This is an updated frame from the 1987 Secret Cycles. I came up with modern day (at the time) changes I wanted and contracted Fabweld from Florida to build 25 f/f's for me. The "NC-17" has a 21" toptube, 1-1/8" threadless headset, canti brakes, and a wishbone seat tube that I first designed in 1989. All of the frames were originally powdercoated in yellow. Eventually I tired of it and had mine repowdered. The bike also has NOS FabWeld Countermeasure cranks, a one-off, cnc'd crossbar, handlebar of my own design (an update to my original bars from 1988). The sprocket is also my own design.

4130 chromoly. I just added more details to it.

do you have any of those bikes left?   I remember a post of yours awhile back looking for some of these but I didn't look at the bike that closely...it's one of those bikes that looks better and better the more I look at it.   cool bars too.

The one previously posted was the 1987 model, only 6 made. I do have some other of the 1996's. The prototype, 21" tt, 1" threaded (they goofed up, were supposed to be 1-1/8", but '96 was a time when some companies frames were 1", and 1-1/8" was relatively new for bmx), and chainstays that were too wide (so wide my 3pc cranks wouldn't fit, they'd hit), and a complete "Rated-R", and used Rated-R f/f and an nos Rated-R f/f.
Thanks for the compliments. You can't believe how stiff those aluminum bars are! (complaining, not bragging)

Awesome looking bike man! Where in West Michigan are you?

Looking for mid school s&m stuff! Got a heavy as F**K frame let me know I got money!

Great job on the design,are there any plans on other designs?

Always more ideas in my head for new bike stuff. Azusa was my last big project.

maybe fetish have left over oval tubing used on there 20' bmx race frames ?

"Two hundred years of American technology has unwittingly created a massive cement playground of unlimited potential. But it was the the minds of 11 year olds that could see that potential."
Craig Stecyk - Skateboarder Magazine - 1975

Have just been reading about these in a June '96 BMX PLUS magazine! Very cool! 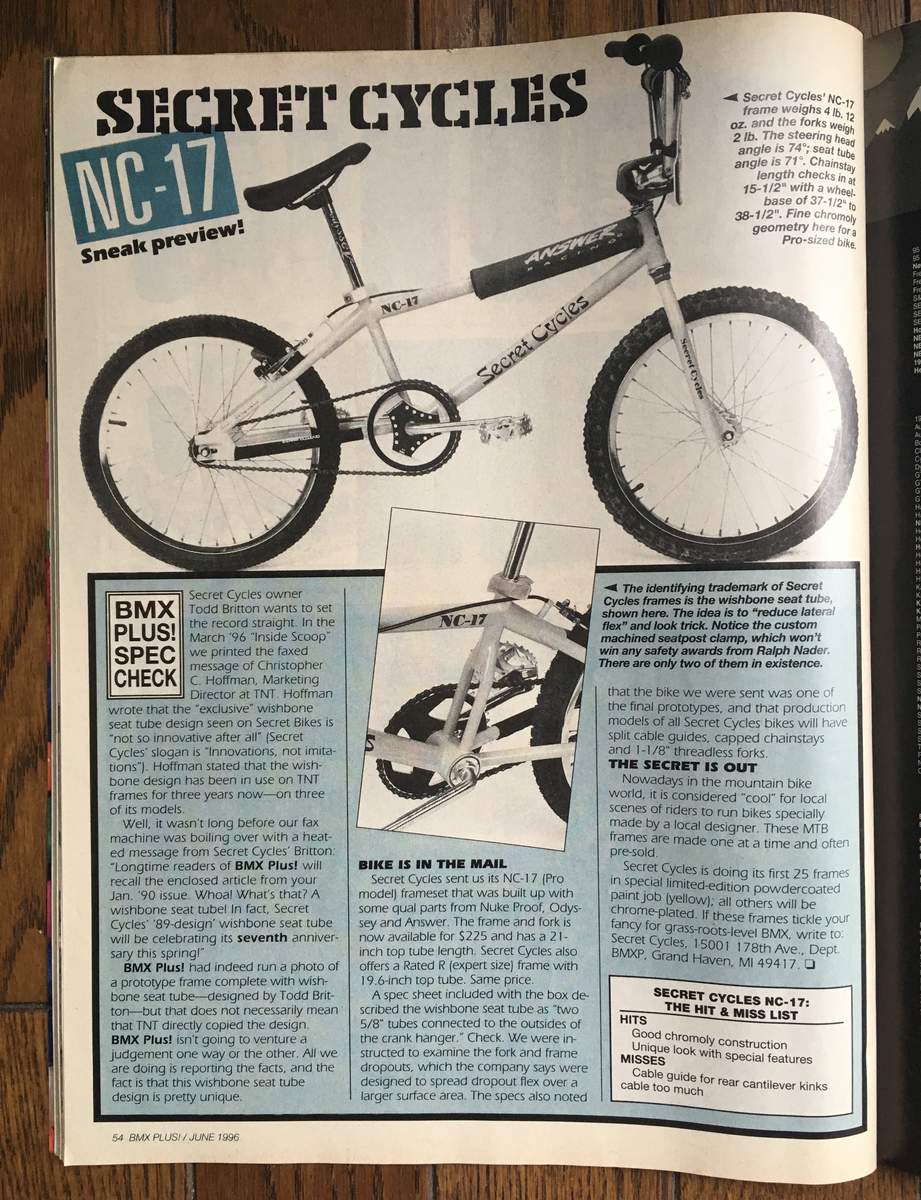 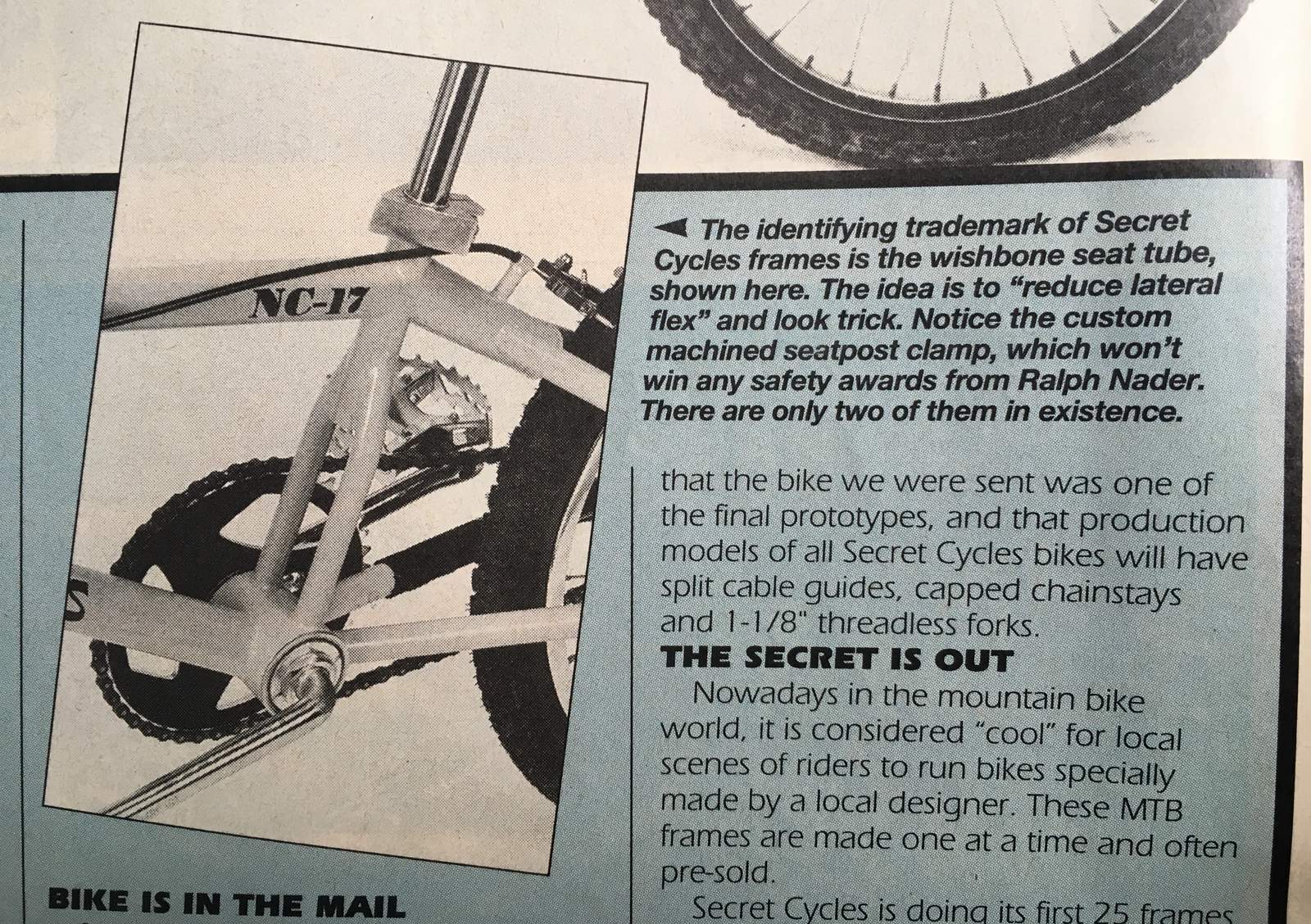 Check out my 1983 VDC-built Trident, 1983 Kuwi Laserlite, 2010 GT Ultrabox 2, 2011 Crupi race rig and prototype Quamen, plus the all things Crupi & old school scene in Japan threads. Always interested in buying used, mid-school race plates and pads - UGP, Knucklebone, Lizard Skins, Pryme and the like, me like!!

With those badass Fabweld cranks!

44T BMX Club, Chicago -- USA-MADE SINCE 2010
Beware of my alter ego, PLANTAIN -- "If there's one thing I won't guarantee, it's your safety!"
Luther Is A Good Ol' Dog Club -- See you at the Rainbow Bridge, my friend!
Ford Mustang — what a dance we had!
Free AgentFree AgentBontragerTNTBossSupercrossSkywayKappa GTProfileProfileELFRobinsonRobinsonPowerlitePowerlitePowerlitePowerlite...and "non-BMX" SchwinnSchwinnSchwinnSchwinnSchwinnWorksmanGT!
FLY ON FOREVER, BIRD!!!
The warrior embraces all around him. The desire to kill no longer exists. Only peace remains. -- King of Qin, Hero