I bought this 1984 Cali (frame only) a while back, real cheap on ebay with the intentions of throwing some cheap bits on it to make another rider (used the "I'll build a bike for the wife" excuse for buying yet another frame ! ) but you know what it's like - a few late night bids on ebay and you spend more than you originally wanted to on your "bargain" frame ! ....ahh well !!!
I went for a handfull of NOS parts, some nice survivor parts and a few newer parts such as the sealed tuffs and semi-sealed bottom bracket since it's to be riden but I'm well happy how it's turned out considering it's a 100% rider.

Thats a sick Moongoose Cali.. You can tell you got some  real nice NOS parts. great job bro!!!

How'd you get 'er to stand there like that while you took her pic?

Thanks for all the comments guys - glad you like her

How'd you get 'er to stand there like that while you took her pic?

Large beer glass under the non-drive side pedal

I like it. Still trying to build up mine with NOS parts. Can't go wrong with the black and crome. Are those repo pads?

Where did you get the repo pads? I've been looking high and low, can't find a set.

I ride this bike now and then, but mostly ride my 82 supergoose

That's a great looking Goose!  One of the best looking I have seen on here.....  Awesome job man!

That's a great looking Goose!  One of the best looking I have seen on here.....  Awesome job man!

This has to be the best looking bike on here. I dreamed of building my ideal bike with my son, so I bought 2 Cali frames, 1 chrome and 1 white, and he chose the white one to build, what does he know???? But your mike is pretty much how I wanted it to look. Fantastic job.

Such a nice goose. I was thinking of doing one of these and now I think I will.

Thanks guys - can;t believe this still gets comments after well over a year !

The bike get's ridden quite a lot.

Didn't get very high on the half pipe though... LOL ! 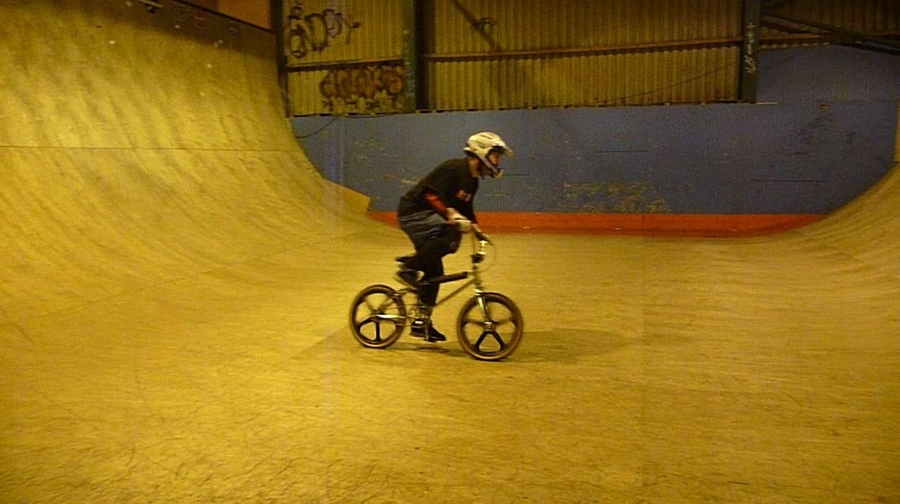 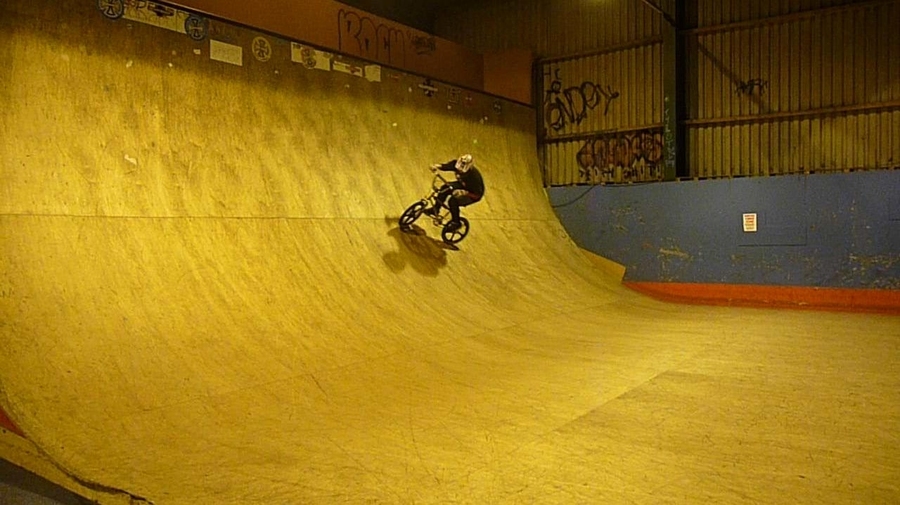 Dude you gotta get some air on this goose!

I'm looking for the following frames, frame & forks or completes by BMX products:
MotoTrac (nickle or chrome), Racer-X or a Super-X (with the double gussets).
Thanks

Amazing! Used to have one just like it as a kid. If you ever want to sell, I would love to buy it.