An uncommon old racer with a twist.

It was a slow, then fast paced build. But It really came out the way I had envisioned it... really, even better.
Here's sort of a parts break down:
- 1982 GJS A-Frame & Fork  (serial # 2206)
- Campagnolo Tipo Hubs
- Araya 7x Chrome (1.75") Rims
- STAR BARS - (replaced the Powerlite bars)
- Bubble Font A'ME Rounds (used)
- Redline 400 cranks
- Tuffneck 44t Chainring
- Tange MX-3 Headset w/ gold inset
- Tioga Compe 3 Blue/Green label (Natural Gum)
- TufNeck Pro stem
- San Marco (suede) "Aero-Laser" seat
- Race Inc. Seatpost
- Suntour XC pedals (un-braced)
- Urchin Cages - for XC pedals
- Dia Compe "DCMX" - 2-bolt - Seat Clamp
- Dia Compe Tech 3 Lever - gold
- Dia Compe MX 900 rear caliper - w/ dc pads.
Here's how it all came about :
I picked up the frame and fork from a member on here a while ago in a nice trade deal (thanks Jerry). it was structurally in amazing shape. The dropouts were near perfect, No damage at all, and really no rust. The bike came from the south west (thankfully - a dryer climate)., and was probably sitting out in the sun and sand.. which caused the original candy red finish to fade to primer and raw in most spots, but somehow perfectly preserving the frame without damage.
-
It was ugly, but filled with potential. Since the finish was toast... I knew I wanted to make this bike really special - (parts, color, the whole theme). Since being mainly a freestyler, most of my bikes have a sort of (if not blatant) freestyle look. But I knew I had to give this GJS the respect of becoming an authentic racer again.  I've always had it in my head that I wanted a very 70's look... Paint-wise - I couldn't find any decent true shots of the stock GJS Tangerine color.... But I knew I wanted it to have an older vibe - something pre-80's.    Sort of an ode to old schwinns or  a vintage bumper car... Brown, Gold  or Orange with big sparkles in the paint.  So I sent it down to florida - and Lou did a fantastic job on the paint work.  We sent samples back  and forth - and he nailed the color.
-
As the frame and fork were getting painted, I started thinking about decals and how I didn't want the standard block of chrome sticker over a beautiful paint job - but I wanted the branding to be more integrated and intentional looking. ... to accent the fine details and sparkle of the bike. I didn't want the decals to out-loud the uniqueness of the frame (unique gusset, bends, bridges, and dropouts.) From the serial number ( # 2206 ) and  research I gathered the bike is most likely a 1982 model...  and it seems GJS started their new decal design around this time for some of the bikes. I never saw them in chrome, but I always loved that chrome/clear look on painted hutch bikes. Designing the decals myself, this gave me an opportunity to add a hint of my own flavor to the bike. (just a little visual treat if you're looking close enough)...Having to explain to many people when asked "what's GJS stand for?"  Telling people that is was a family owned BMX company and it stood for "George, Jeff, and Scott".  I added a small sticker to each side of the main gusset that says "UTTERBACK".  (( My own father was an engineer / inventor / motor-head and worked on many friend's cars, dragsters, projects, tooling and machines as well as being an inventor and tool maker with his father - my grandfather.... and  would label himself  on his designs and machines this way.  I felt like this decal was sort of a tiny ode to him, and all small self-made / family owned endeavors... )). Mainly, I just felt like the last name should be worn proudly - yet subtly and tastefully on this bike.
-
Anyway - Before I even got the GJS, another member lucked upon these original NOS natural gum colored Comp 3's - and I had always wanted to use them for a build. So the idea was brewing for a while.  I traded off a bunch of stuff to acquire the parts to create my ideal racer.  I knew I wanted the frame color to pop... so I was set on using Chrome for most everything else. but like to have a subtle color accent to compliment it. I love the squared off look of the early chromo Powerlite bars too. I think they give the bike a very strong and aggressive look. I always loved the look of the extra high flange of Campy Tipo hubs. So this bike really became a canvas to use all of the cool race parts I always wanted to build with.
-
This all took tons of work (from me and) many others to get together....Thanks so much to Jerry for the frame set,  Lou for painting it perfectly, Lee for lacing up the Campys, Lil' Jon  and Scott for some essential parts and advice. Louis for the top notch decal printing, JrNY for the tires. Johnny Johnson for the great deal on the headset, Cappy for the stem, and Dan for a sweet deal on the cranks... and silverhw (bill) for the sweet cable - just in the nick of time. )
-
(Somehow - It even got the honor of "best in show" at Summer Slam this year... I was really surprised and humbled that it got that kind of recognition... there ware Tons of unattainable , perfectly built bikes there this year - Thanks again to all who gave props to this GJS - I was truly overwhelmed.).
The bike really came out exactly how I envisioned it. 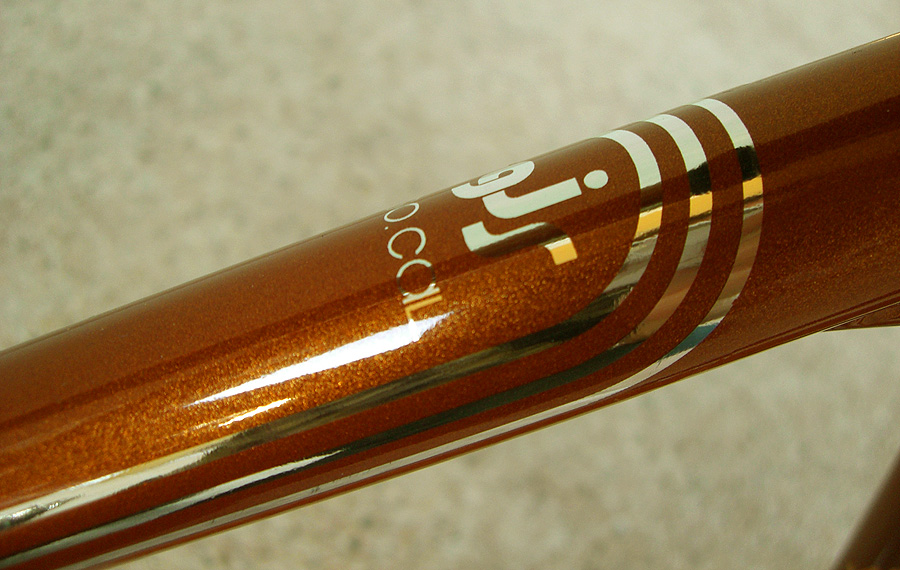 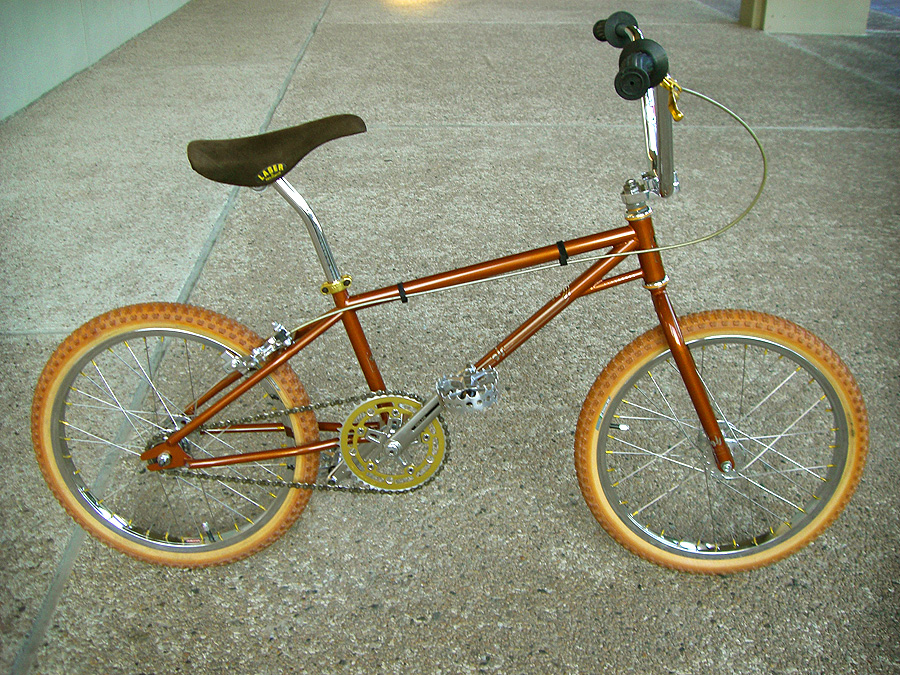 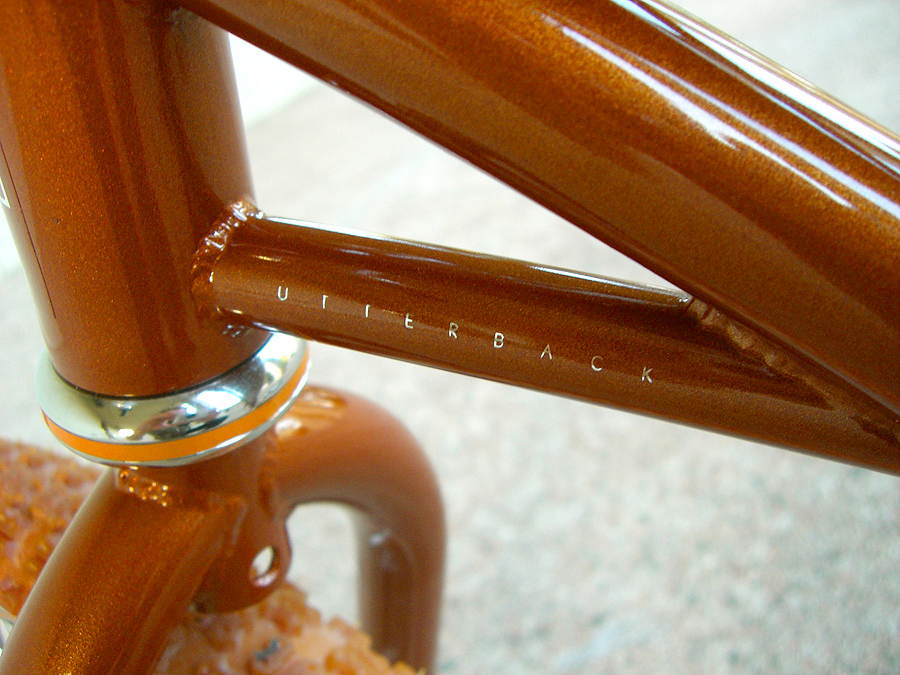 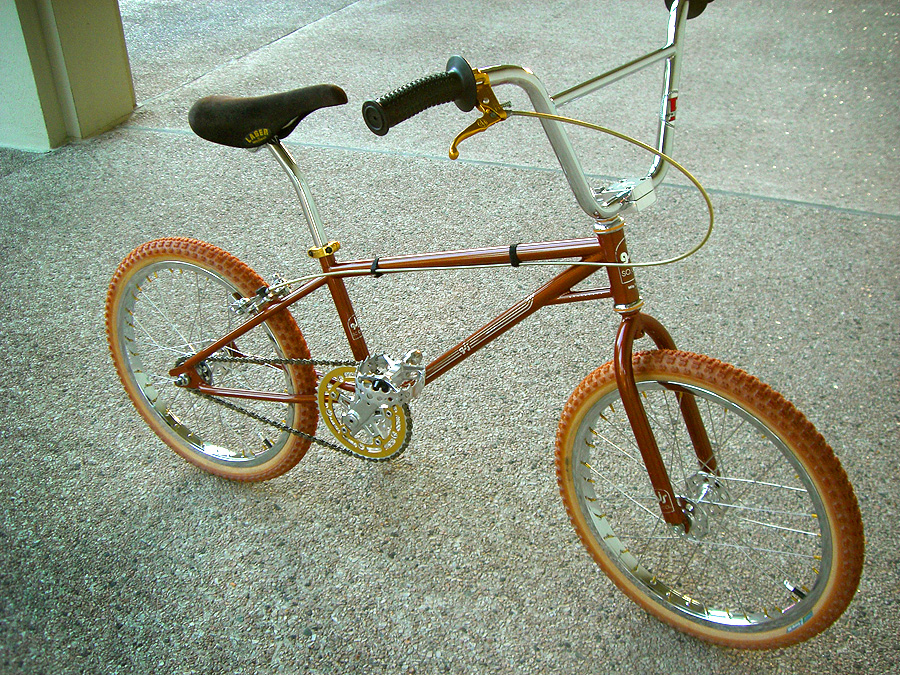 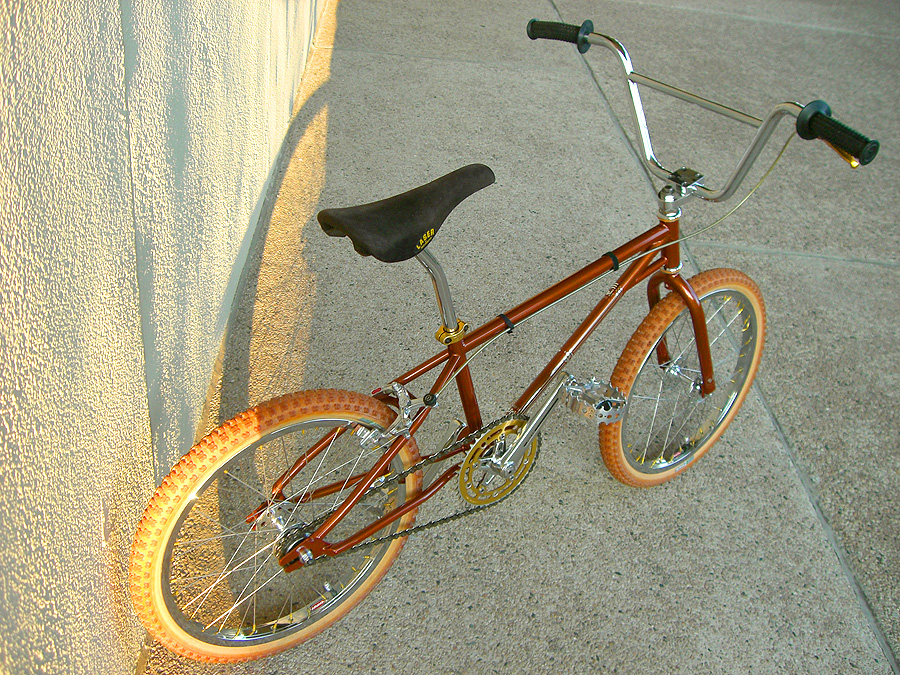 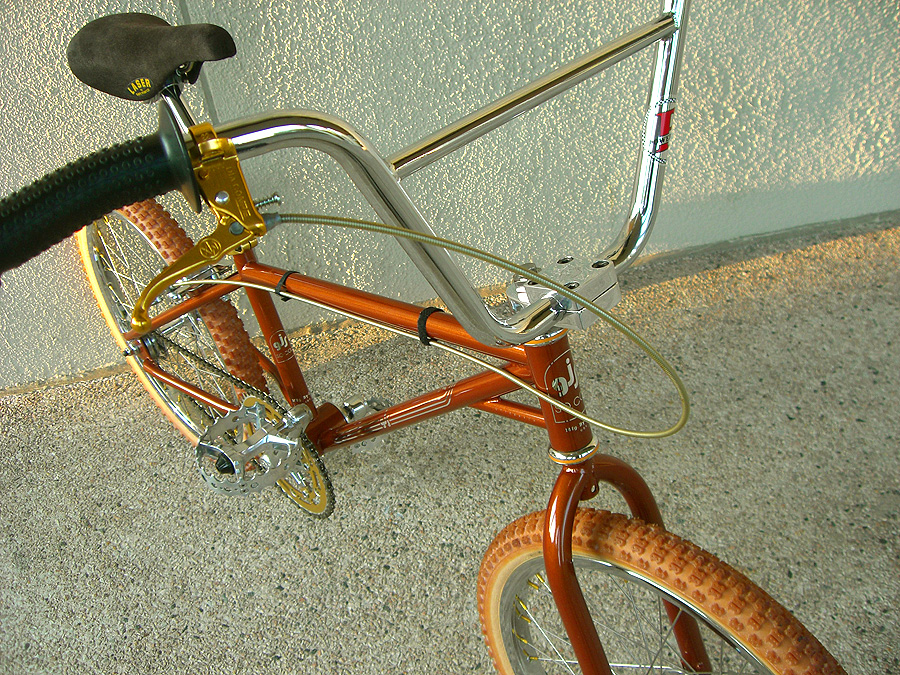 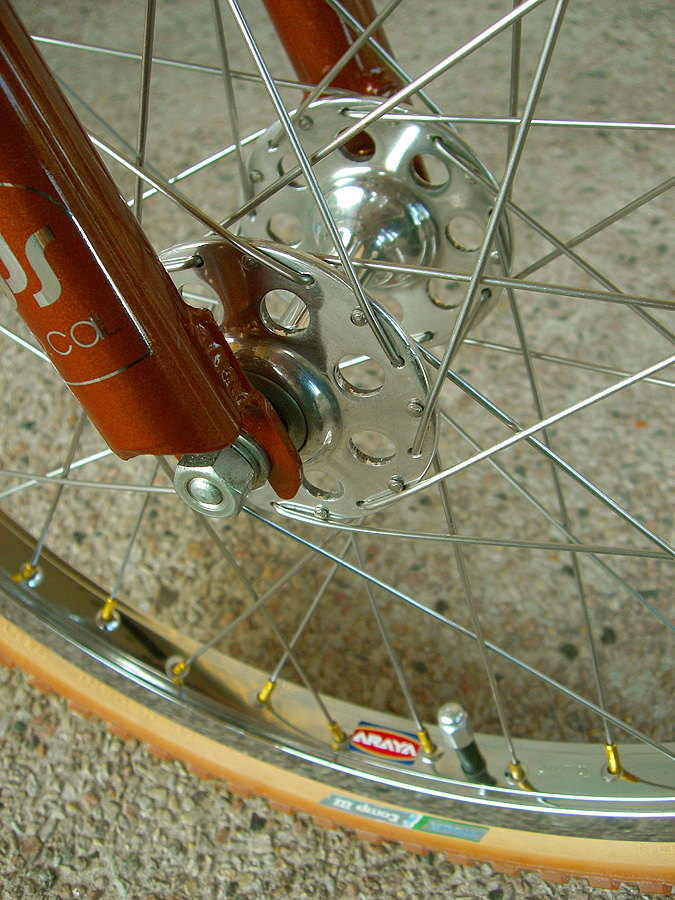 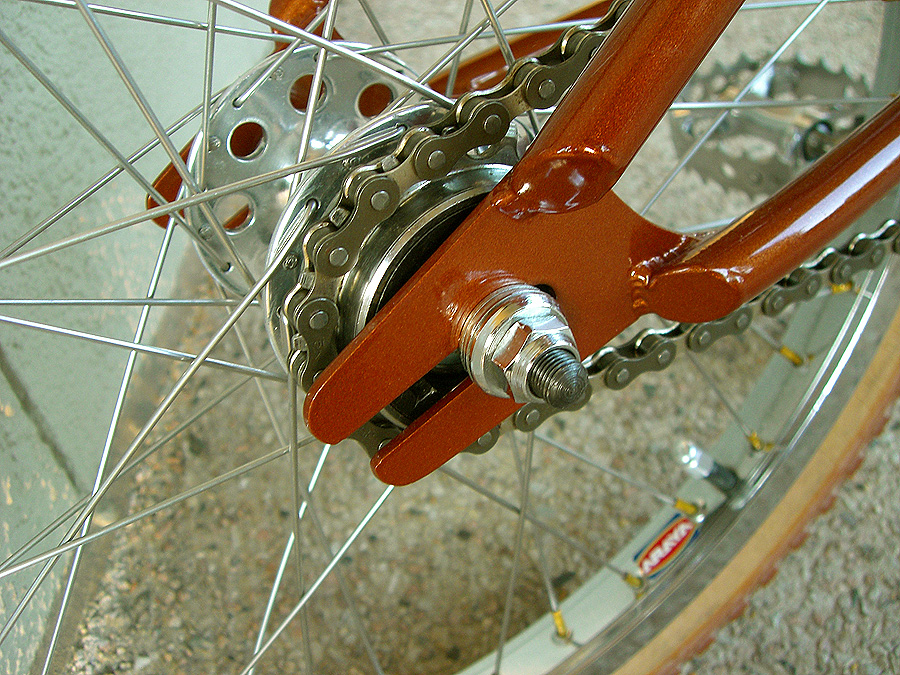 I wish I made it to summer slam to see it in person.

freedo
White Boy With An Afro

got damn, this bike is sweet.

dam dude , this is truly one of the nicest bikes on the site in my opinion. love the color , totally works with everything else on the bike. reach around and pat yourself on the back , you earned it

Here are the bigger pics. to show some of the details.
~enjoy... 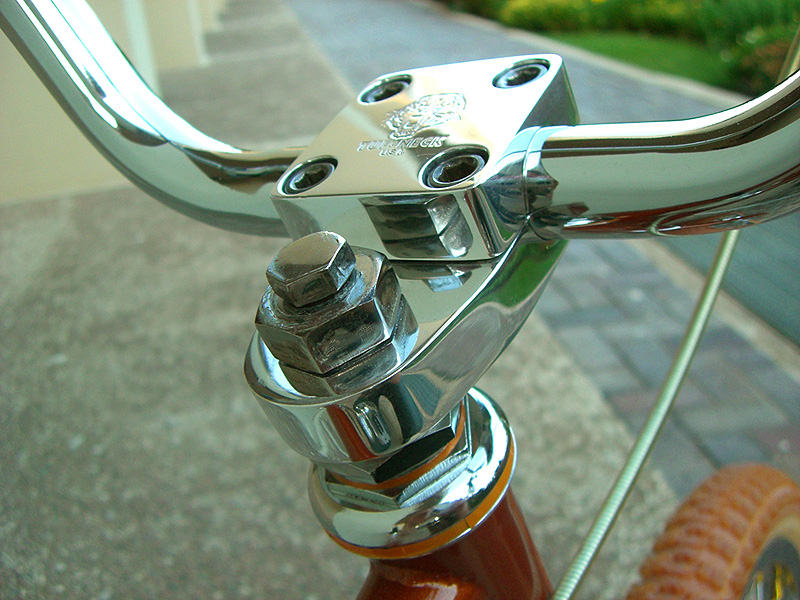 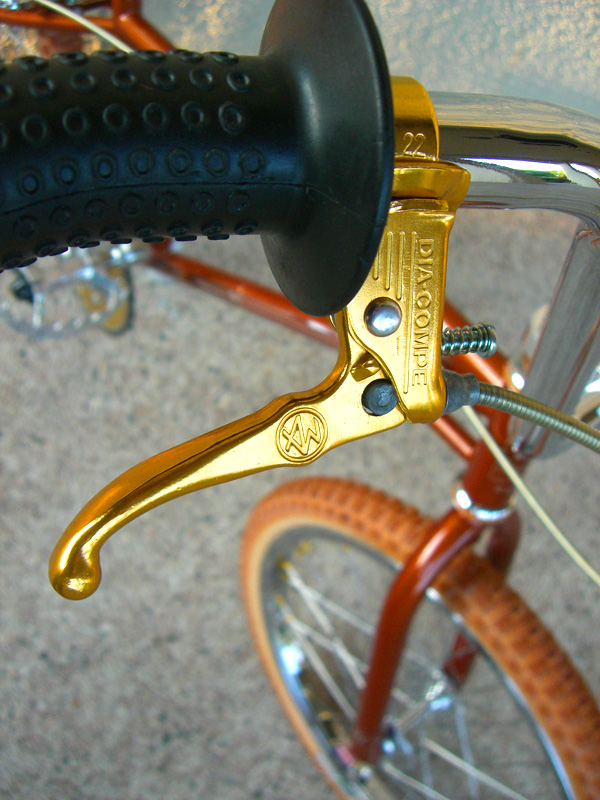 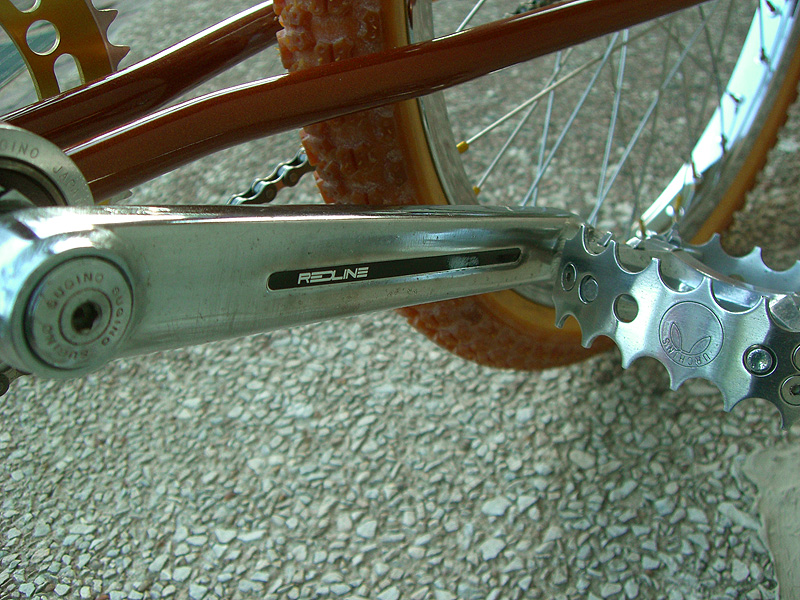 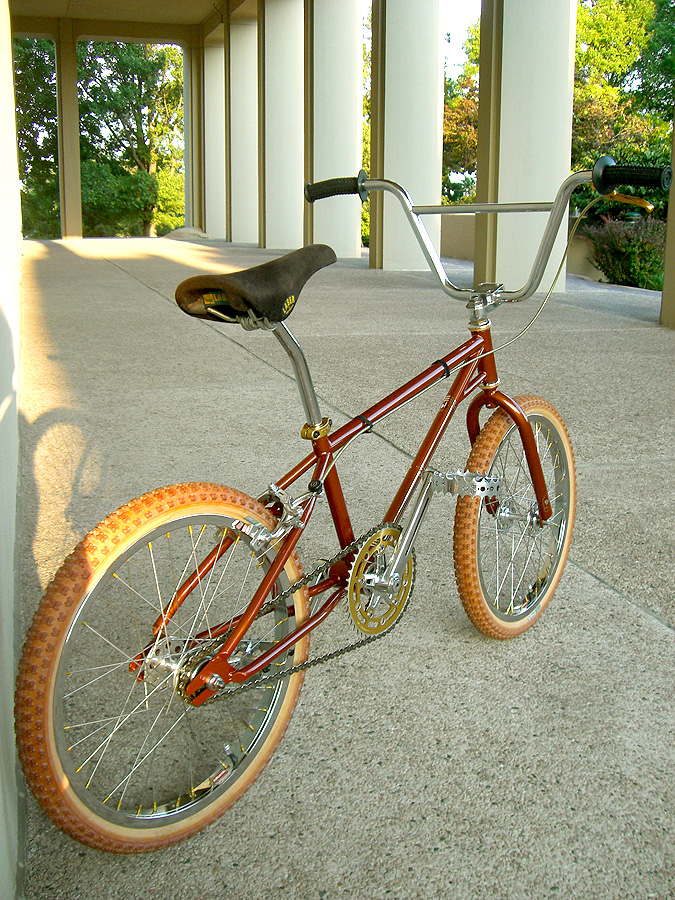 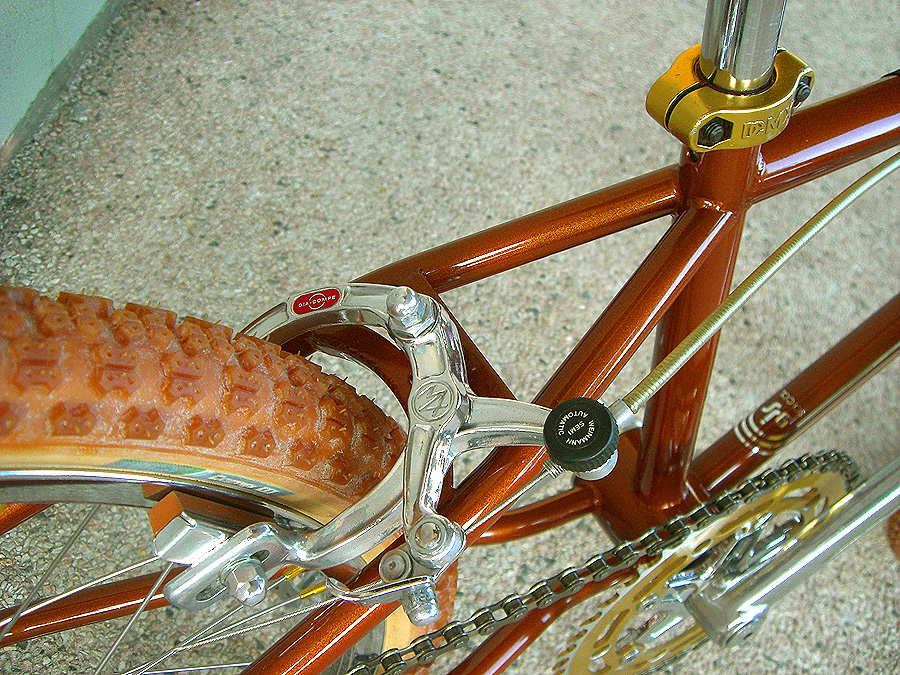 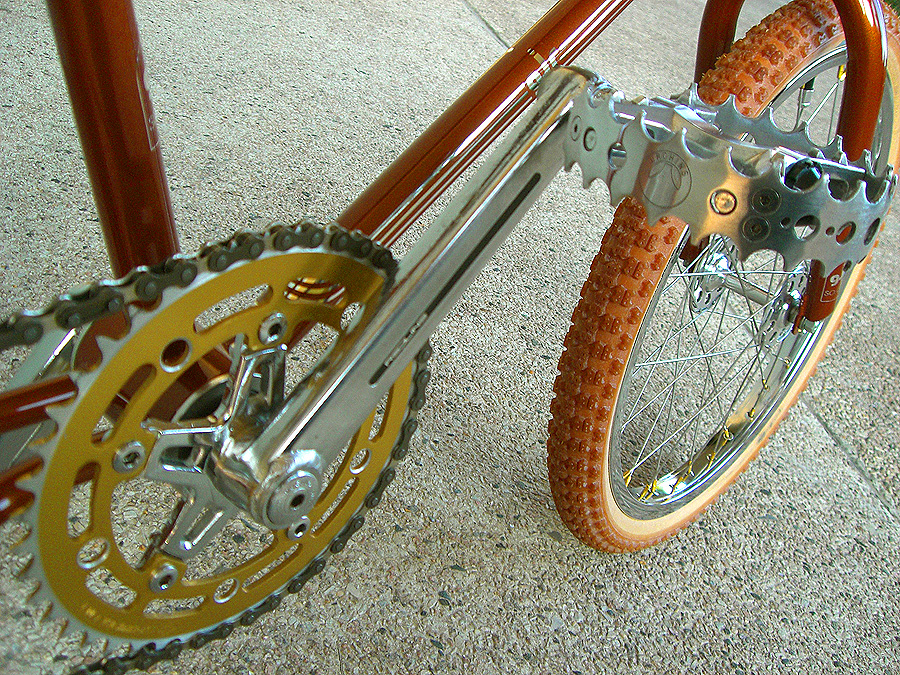 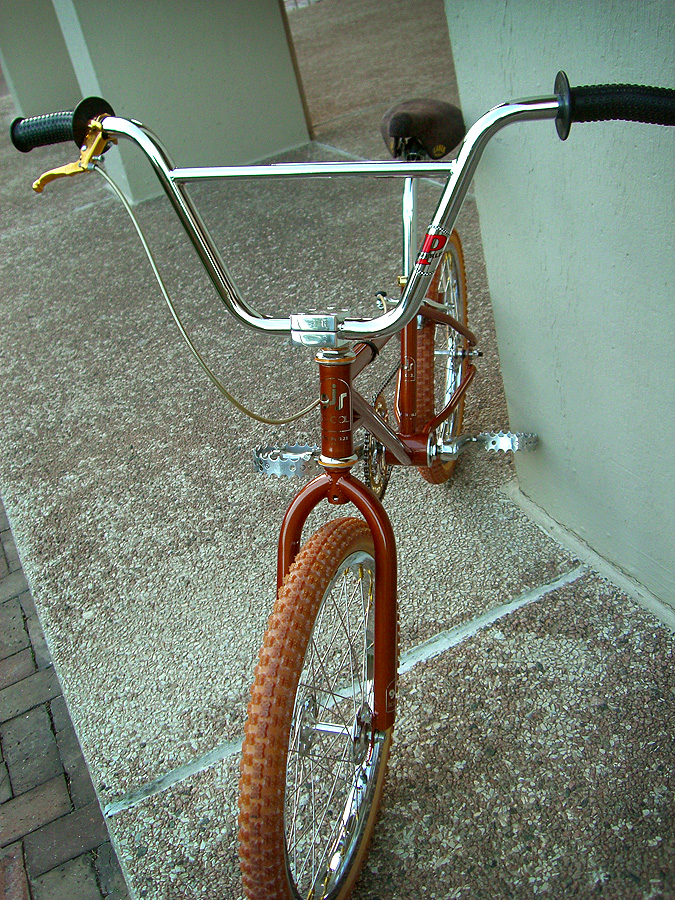 Very classy and well thought out... I'm partial to race bikes, and I have to say you nailed this!

Congrats on a sweet build Chromey! +1 on one of the sweetest rides on the site. Been into freestylers all my life till now!!!

In the real world....Life happens.....Obama has nothing to do with it.

that is def. one of the best on the site. great colorway, incredible parts, best use of those natural gum tires ever!

I agree with bmxghostrider - best on the site, beautiful build Matt,

Well it's about time Matt! Absolutely beautiful build! I'm glad I got to see this one in person at the Summer Slam! Outstanding job on your racer!

no joke. easily my favorite. definitely, for sure, without a doubt.

And here I am... looking again at this bike...
Must be 50 times now, and love it even more each time
Thanks !!

WoW MY new favorite and its not even freestyle. another killer build buy chromey!

WOW is all I can say.

What can I say that hasn't been already said.......I am Blown away with what you have done with it. Glad we made the trade,it couldn't have gone to a more  stellar of  dude.  You should be very Proud of Yourself Matt and know that everyone is on here going what the hell will Chromey do Next?  Thanks again and keep up the Mind Blowing Builds. This  GJS is for sure at the top of my Favorite List.    Jerry

How people treat you is their karma; how you react is yours.

freedo
White Boy With An Afro

you ever going to take it to the track?