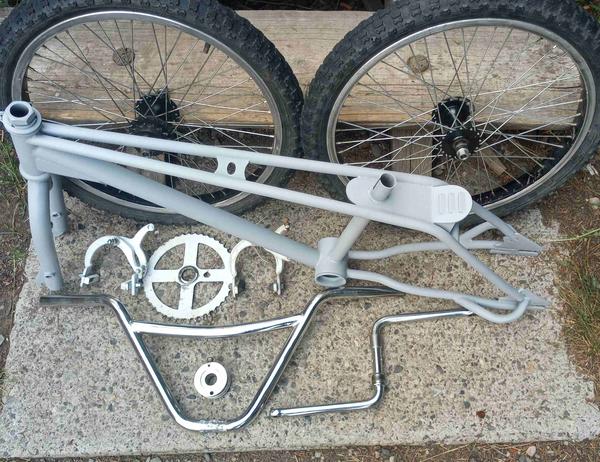 Great project frame and fork.   Has a little wear but in pretty good shape.   Took it down to bare metal due to multiple terrible spray bomb attempts from previous owner, was originally a green left og paint in bottom bracket.  I did put a light coat of primer on to prevent rust.  Comes with the original wheels, joytech high flange hubs and araya wheels.  The original sprocket and cranks are fixable, Sr Cosmo lite crank has the sprocket boss missing and for what it's worth the chrome is still really nice. The bars I believe have been cut, chrome is ok.  Acs rotor and brakes are good.   Maybe interested in partial trade for early 2000s/late 90s s&m frames, Hoffman's or other heavy mid school gold.