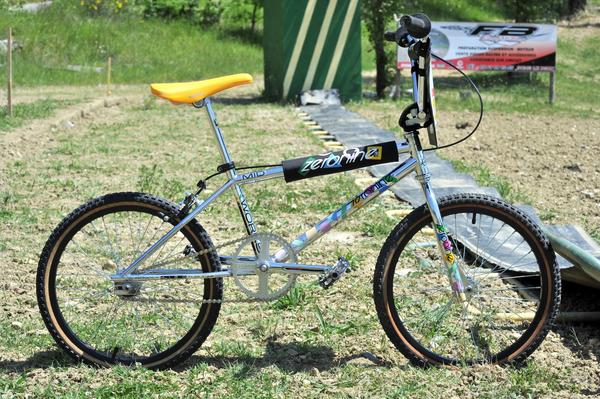 Rare early CC made frameset with flat brake bridge, non machined head tube and 19" TT. Never seen another one like that. OG chrome and decals.
I built this bike for the 2015 Spring Build-off entry and ended at 2nd place with her.
Here's the progression link with parts list: https://bmxmuseum.com/forums/viewtopic.php?id=637143
I sold the frameset to a true collector so i deleted  it from my bikes, but i too much  miss this bike and since new owner won't build it, here she is again.

More Bikes From Lefred (3 bikes in museum. View all)