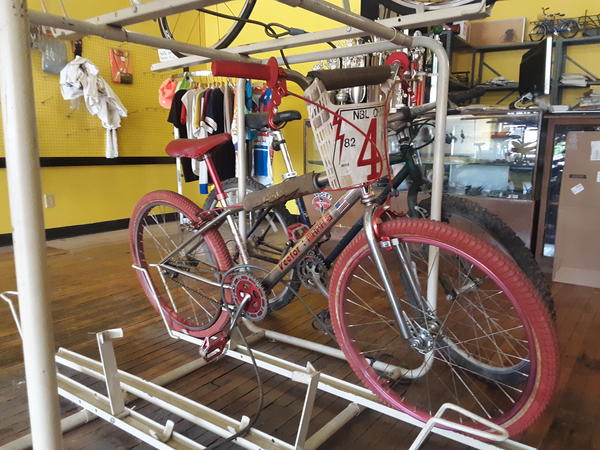 This is owned by previous Vector team rider Mike Chapel. He gave me permission to post these photos on here as he said he barely uses the net.

This was Vector team rider Mike Chapels bike he used to race. He was the owner of a bike shop I stumbled upon while I was a couple hours from my house. He still owns this bike and has it displayed in his shop he has owned for 40 years. I was very lucky to have met him and got to hear some of his stories. He had told me when he started riding for Vector they gave him a Mark 3 prototype to ride and give them insight on design changes.

More Bikes From wvbmxer420 (27 bikes in museum. View all)