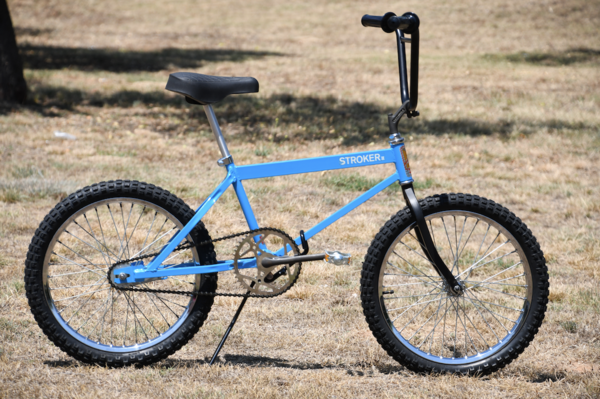 I bought this frameset to a guy in the US in 2019. He told me he had bought it from the previous owner a year before. I was lucky to contact that original owner and the told me that he had got it from a shop called Wheeler Dealer, in Memphis. He had been sponsored by them in 1982 or 83, when he has 9 or 10. When in 1996 the shop closed because the owner passed away, his wife invited some old school guys to have everything they wanted. And he grabbed this frameset that had been laying around since 1976.

It showed signs from having had a set of wheels assembled at some time, but no BB, seat post or other parts. I feel it's a reliable story, so I like to believe it's 100% true.
Starting from a NOS frameset... I had no doubt I needed to find as much NOS parts as possible to build the bike. There goes the parts list: