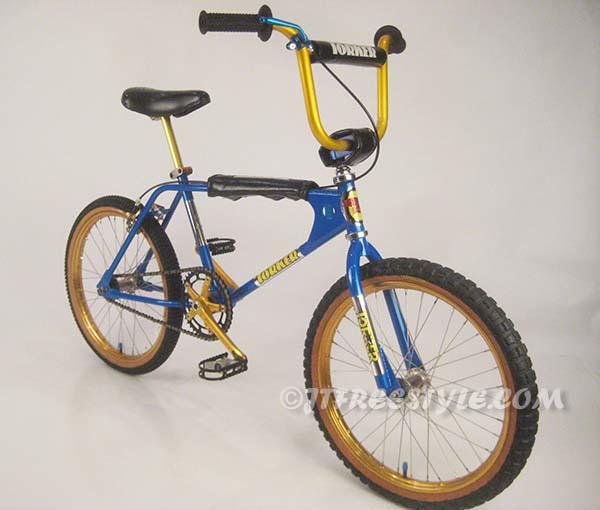 1978 the Torker MX was renamed to the Big Bike featuring rear facing drop outs and proper sized head tube. Hardly any of these as by 1979 they were discontinued

1975 the first frame was built by John Johnson under the name Texon for his son Doug.  John's other son Steve took over the business then renamed it Johnson Engineering.  It was quickly changed to Torker, Johnson Engineering under Steve's helm.

The prototype was refined into the Torker MX in 1976 which had pressed forward facing rear drop outs and odd sized head tube.

By 1978 the MX was updated to have a proper sized head tube, rear facing drop outs much like the Low Profile, L.P., frames, and the name changed to Big Bike geared towards the larger riders like Kevin McNeal who joined in 1977.

Another rare item is the Mitsuboshi Competition II large knobby front tire much like a Cheng Shin.  They were not advertised, spec'd on DG California Pro bikes, and to my knowledge only produced within a year, '79/80, as the Comp II smaller knobbies were advertised and widely used.

1979 the Low Profile frames were now being produced with a "Long" version so this was the end for the Big Bike model.

Surprisingly have seen very few of the "Big Bike" frames so hear ya go!