Prior to Torker the company was run by John Johnson, Steve Johnson's dad, called Texon founded in 1975.  Steve's younger brother Doug was racing BMX but wanted a better bike so his Dad created the first prototype that I've included a picture of.

1976 Steve changed the name to Johnson Engineering then again to Torker.  His Mom, Doris, was the bookkeeper and Doug ran the sister company MAX which started in 1980. 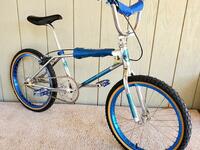 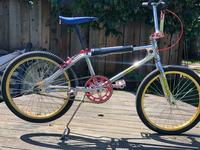