My name is James Foreman, my father Bert was co-founder of Titan around 1982 in San Antonio, Texas. I named the company one day in high school study hall, titan was already in the name of the material the bikes were going to be made from so there was no rocket science to naming it. We had a factory team originally myself Ken Burelson (father was our welder and partner) he must have been 8 yrs old and I was 14ish, we later added a Houston rider Jason Allison 10x a few years later Todd Mitchell rode for us and at the end of my career. About 4 years later my dad and Ken Sr. had a falling out, I was getting burned out (racing 9 times a week) and then at the age of driving and wanting to play HS football I retired in 1985. The company was sold to someone in Austin around 1986, I have no idea how it ended up in Oregon.  I happen to have the original cruiser prototype which I used to chalk up over 20,000 points and the original 20" prototype (both chromoly) that I also got over 20,000 points in 1984. The cruiser was by far my favorite so I had it finished in a brass chrome, looked great but it would scratch easily.
The bikes were made for small kids anyone over 11 (I can't remember the weight limits) would break them) we had a lot of problems with the neck tube breaking which is why we welded gussets to them, as seen on one of the posted pictures. I don't know any of the specs, its been 20 years! seems like yesterday. About the finishes, most were left raw since paint/chrome would not stick well, I think we tried powder coating but do not remember the results but to get a better look at a higher price we would polish them with a buffer and get an almost chrome look to them.I have held on to them for sentimental reasons but if there is really that much interest, I may talk myself into parting with them. I do remember them having redline cranks (best at that time) and "bear trap" pedals that I would put on a grinder and sharpen to a razor point, they worked great but every now and then I would slip a pedal and thank God for shin pads (ruined a lot of leathers that way) Also there were a few people who tried to ban me from racing with them that sharp but I managed to get around that issue.

Few things up about the posted history of Titan.  Burt Foreman approached Bob Furry and Scott Furry at the 1984 ABA Grand Nationals, Burt wanted Scott to race a Titan frame.  Bob would spend the entire night stripping the Patterson Scott was riding to build his new Titan.  Scott didn't have much luck with his new bike, he didn't like how it rode.  Bob and Scott returned home to Colorado.  Couple months past, and Burt contacted Bob again, he had made some suggested changes to the Titan and asked Bob and Scott to meet him in Las Vegas for a preseason race.  Scott loved the new Titan, and liked the mini cruiser even better.

In early 1985 Bob and Scott started the the national season in Reno, NV at the Silver Dollar nationals.  Scott took 2nd in the 12 Crusier class, and Burt Foreman offered Scott a full factory sponsorship.  Scott joined Jason Allison, Ricky Pozzey, Burt Foreman's son and others to make up the first Titan Factory team.  Bob and Scott hit every ABA national that year, Scott doubled at 7 national events, won the Gold Cup and in November was crowned National #1 in 12 Cruise and National #6 overall, on his 20" he was National #2 in 12 Expert second only to Brent Romero, who was the National #1 Amatuer that year.

In 1986 Bob Furry bought Titan and as the owner of Titan Inc., moved his family and the company to Eugene, OR.  Titan continued to make titanium frames, Bob experimented new titanium tubing he would get from Sandvik, and welded one of the first 3/2.5 seamless titanium BMX frames.  Titan also started full production of their Cro-Mo frames for the older riders.  Using the same ideas that made the mini frames so hot, the loop rear end that was shorter for quick starts and acceleration out of corners, the struts from the BB past the seat tube to the top tube for added stabilty and to minimize frame flex.

In 1991 when Titan merged with the S.L. Liu's bicycle company the end of an era was drawing to a close.  In 1992, due to undisclosed differences about how the company should be ran and the direction it should pursue, Bob Furry resigned as President of Titan's Racing Division.  Scott would take over as President for a short time, until S.L moved the entire company to Yorba Linda, CA.  Scott would resign from Titan at the end of 1992.

Titan crafted many, many customized bikes for kids all over the world.  In 1986 Michelle Gibson's 2 year old brother had one of the smallest, while Jared Krisiloff had one of the lightest, it weighed less than 6lb. for a complete, race ready bike, it was also one of the most valuable due to all the handcrafted titanium parts.  It's estimated value was over $15,000.

I'm not sure who posted the original history, but I felt that if the story was going to be told it should be told correctly.  Many years have past since Titan, and I apologize if I have left out the rider's names that made up the original team, but you all know who you are!! Unfortunately,  SCOTT FURRY 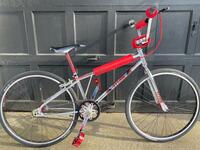 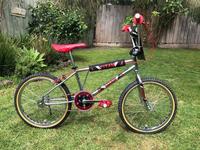 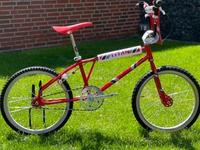 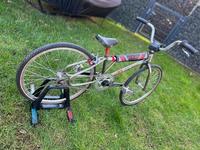 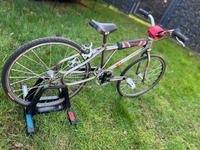 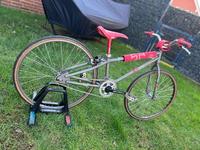