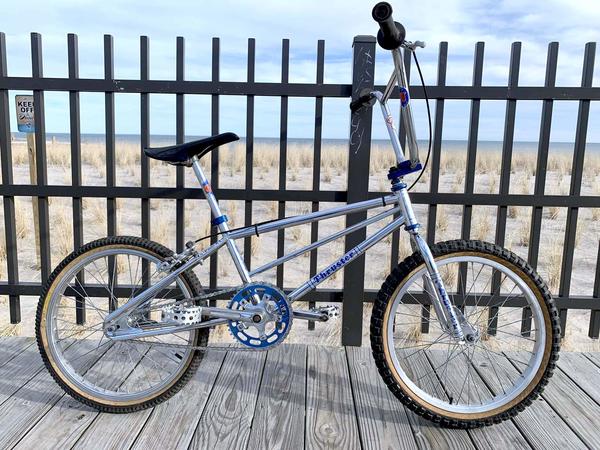 Survivor finish on everything.

Bike was originally found a few years ago by my father with first gen hutch box cranks on it. He went on to sell the bike to a friend about a few months later. The same friend just a few months ago sold the frameset back to my father and i knew i had to have it so i traded him for it. The only bike i ever regretted selling was my first Tri-Power so I'm glad to have another. I built this one up better than my last. Last pic is of how it was originally found.

More Bikes From BMX Zack (67 bikes in museum. View all)