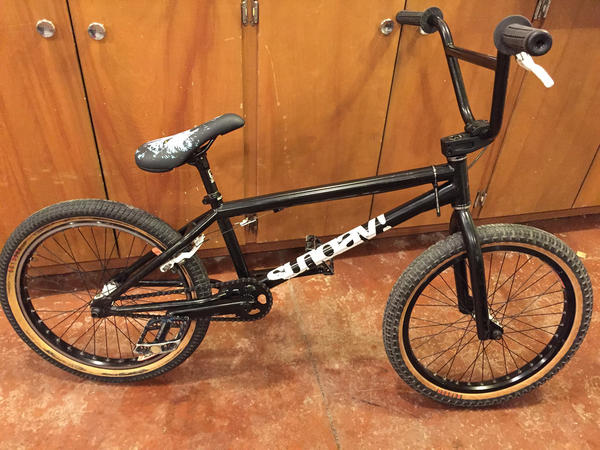 This frame was ridden by Garrett Reeves during the filming for his full length part in the OSS video,

It features shaved materials off of the head tube on a feature Sunday dubbed their "Shaved Head tube" frames.  They ultimately opted to not produce the frame with the shaved head tube because a lot of people were worried it would be hard on headset bearings.  My wife primarily rode dirt when we lived in Texas and there wasn't once ever a problem with the headset.  A cool feature that saves a few ounces on the frame weight that also gives the front end of the bike a unique look.  This bike also features a prototype rear Tree straight pull hub and limited edition "Blue Blood" Odyssey Trail Mix pedals.

More Bikes From skateparkrider (15 bikes in museum. View all)