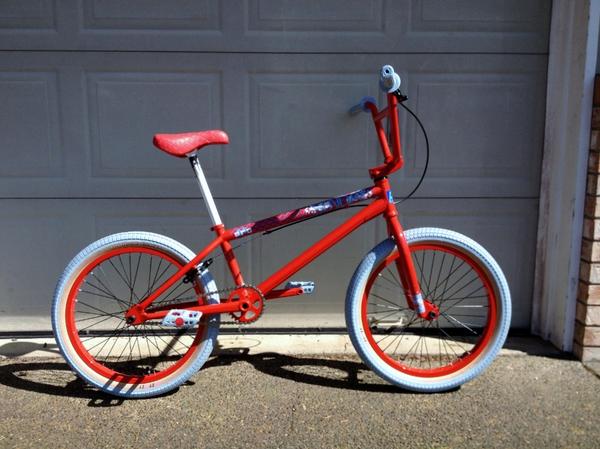 2nd in the Museum

Built / New, but no rides until I bought it.

I wanted one of these but was late to the party and missed several that were still in the box.  Thanks to my friend Shad at GOODS BMX in PDX, he was able to contact a friend of his at Sunday, who located this one for me.

Im super stoked on it.  My second New School bike, and the second one of these in the museum.

Ive changed out the seatpost to a Shadow Conspiracy 320mm in white.

I have a few other Vapor Blue Odyssey parts that will make their way on to the bike soon...

More Bikes From JLFast (3 bikes in museum — View All)