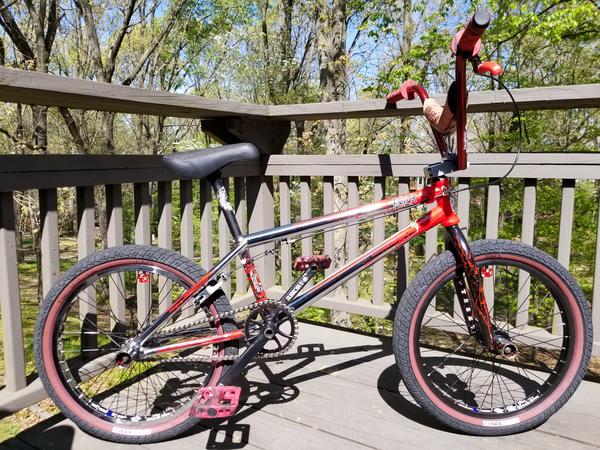 Put a lot of time and custom parts on this one

We couldn’t think of a bigger way to celebrate our 10th year as a brand than teaming up with Slayer to create some of the most badass BMX bikes ever seen. I am stoked, and frankly still blown away to introduce you to the Subrosa/ Slayer Collaboration.

BMX has always had love for metal. Whether it’s in the headphones of riders ripping through town, background music during a contest run, or the soundtrack to some of the most famous and influential video parts, Slayer has been a huge piece of it all.

We are humbled and honored to be teaming up with Slayer on this project. We wanted to create bikes that BMX riders could use and abuse, and we had to do justice to Slayer and their fans by creating a look that would represent the band, and stand out from anything we’ve done before.

More Bikes From Stomper (2 bikes in museum. View all)