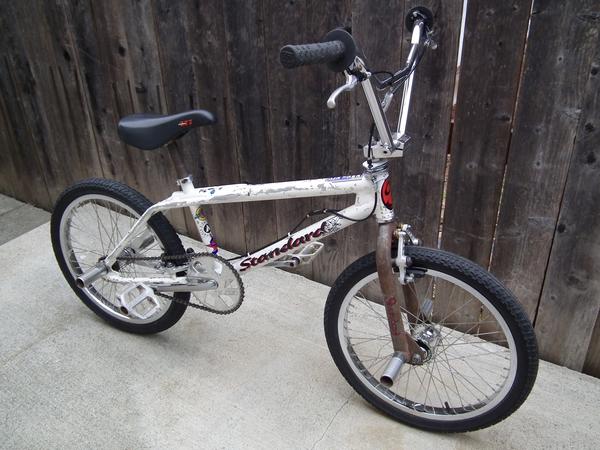 This is Dave Freimuth`s 1992 Standard Lengthy "Gardner Built" it`s the 85th Standard frame ever made and was featured in Standard Bykes videos. Dave liked white bikes and this one is no exception. The frame is a chrome Lengthy painted white and alot of very cool period correct decals. The frame is untouched since it was ridden in 92 it`s another awesome example of early Standard goodness.

Well after many hours trying to figure out the parts selection for this build and doing the final assembly this is what I came up with. As always every part on this bike is original finish and decals and period correct. This was a build I have been wanting to do for a long time and I`m stoked with the way it turned out and hope you guys are too.  This build is exactly what you would have seen in RideBMX in 1992/93 , Enjoy !!!