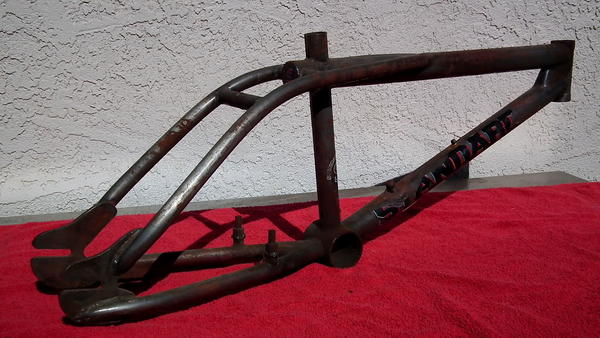 This is a 1992 Standard Southwick built Lengthy. There were only eight southwick frames ever built and they were also the first eight Standard frames ever built. This frame is Southwick number #0002 the second Standard frame ever built !!! This frame was ridden by Chad Degroot and is a very special frame to me due to the cruedness of how the frame was built. The seat stays look like they were bent with a conduit bender and take a look at the double stacked 990 mounts. All of this was R&D stuff trial and error which makes it very cool in my opinion. Of the eight Southwick frames only two are known still to exist and I own both of them. As a Major collector of rare Standard Bykes I am very proud to be able to have these frames in my possesion.