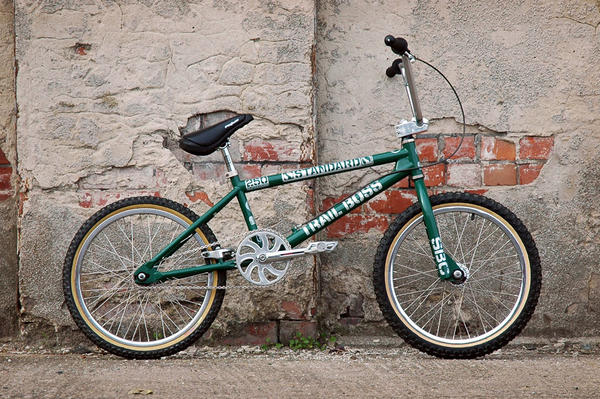 This is my 1997 Standard Trail Boss. It took a while for me to track one down but finally came across this one which was actually loaded with some pretty nice parts. Its also the same bike that was featured in the "Rad Rides" book. Since buying it I've made a few small changes to get it to the spec I wanted, but it remains largely the same as it was when featured in the book. Full spec is as follows.

More Bikes From midschooljon (29 bikes in museum — View All)