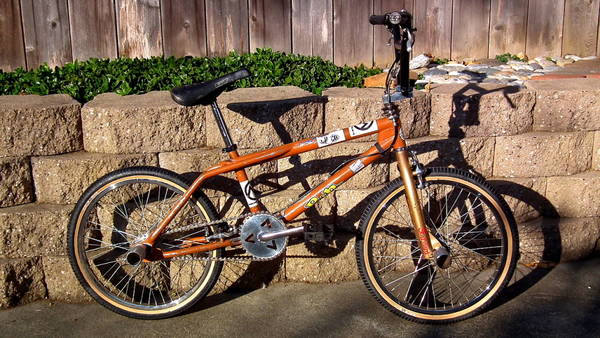 Rare Standard Gardner built Shorty this is the 82nd Standard frame ever built.

This is my 1992 Standard Gardner built Shorty this is a very early pre Waterford Shorty and the 82nd Standard frame ever built. All the parts this bike are original unrestored finishes. I really love the colors and stickers on this one it looks fresh out of 1992 and has some very cool parts on it check out the parts list below.

More Bikes From suicidepan (59 bikes in museum — View All)