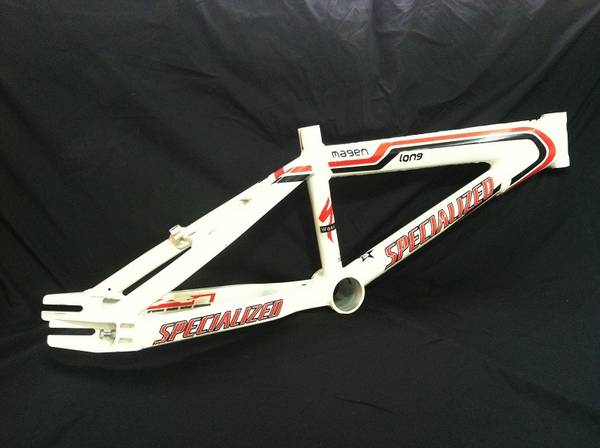 This is a 2001 Factory Proto-type S-works Frame.  The Frame was Built Specially for Magen Long to Race.  She won both the NBL Grands and ABA Grands on this bike. The frame has many differences then the other rare 2001 S-Works. It is also UN-serial number and completely hand welded.  First is that the all the stripes and decals are not under the clear coat.  They are just stickers stuck on.  The Frame also runs a External Brake Cable routing, all the normal hemiâ€™s had internal brake cable routing.  The head tube is much shorter then a any other S-works frame.  The BB shell is relieved differently too.  Very cool piece.  I have been trying to find pictures on her on the bike but havenâ€™t been able to yet.  If I could find a Picture of how it was built up I would like to restore with the same parts as she used in 2001.  So any Information or pictures would be great.

More Bikes From hondapro3 (48 bikes in museum. View all)