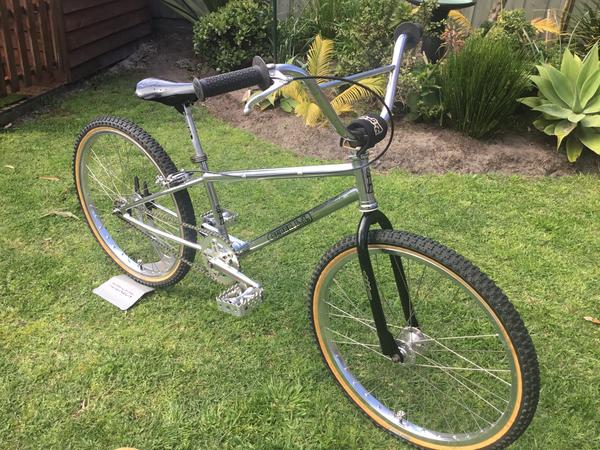 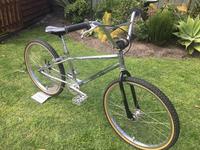 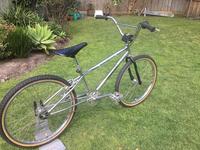 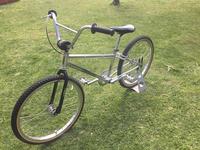 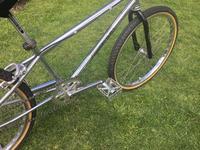 This frame was made by Graham Steven’s (owner of Super LA) who also welded frames for other Australian companies such as Crisp and Vortex to name a few.

All of his early frames were made of aluminium and this frame would have been one of his earliest cro-mo frames as I beleive he used the Tange rear triangles during this transition.
The frame has a machined bottom bracket also which is the only one I have seen on any of his cro-mo frames.
I found this one for sale in New Zealand and my good mate shipped it back to Australia for me.

More Bikes From cruznscoot (20 bikes in museum — View All) 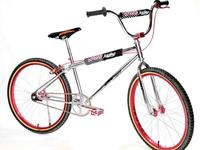