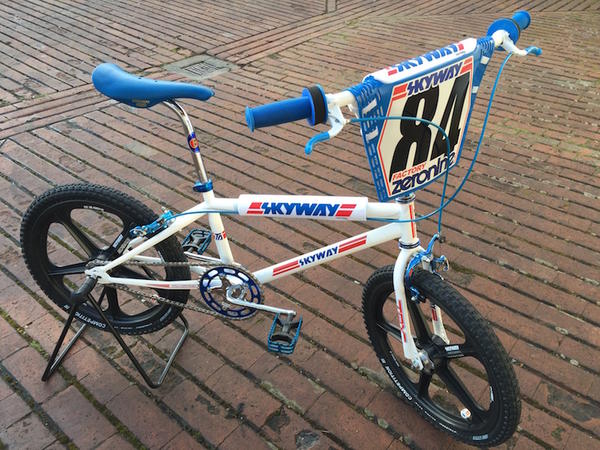 My first build (already posted) has been rebuilt using original unrestored era correct parts with exception of the very scarce all black skinwall Tioga Comp 3 Tires which were released in 1985.

Was just a frame and i won it with no one bidding for $132, and my very first Skyway TA frame was on it way to the UK.
I used MYUS.com as a shipping address but they sent it to me direct with me stating i was ready to receive so in the end got free shipping to.
This frame was my first build back in 2014 and got a complete rebuild this year (2016) with a little more knowledge and expertise under my belt.

More Bikes From stockcar3 (6 bikes in museum. View all)