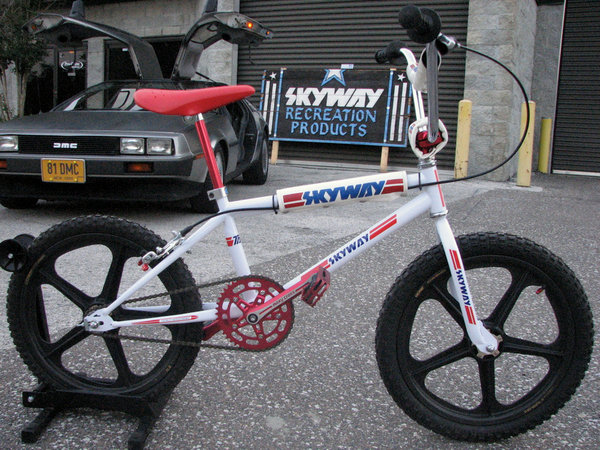 25th Anniversary TEST Bike This is the first prototype frame and fork set that we welded in 2007 using all original tubing that was in storage at Skyway since 1985!

This is the very first Skyway 25th Anniversary frame and fork set that was used for QC testing over at the Skyway factory in late 2007.  It was welded by Greg Esser, and features 100% original Skyway T/A tubing that was cut, formed, and date stamped January 1986, and was in storage for all of these years until we welded them up.
Skyway tested this frame and fork set for 4 months before returning the frameset to me after it passed all of the Quality Control tests.

Special thanks to everybody at Skyway Recreation for making this bike project happen.  Also- thanks to Greg Esser for his role in welding all 150 of these 25th Anniversary frame and fork kits.