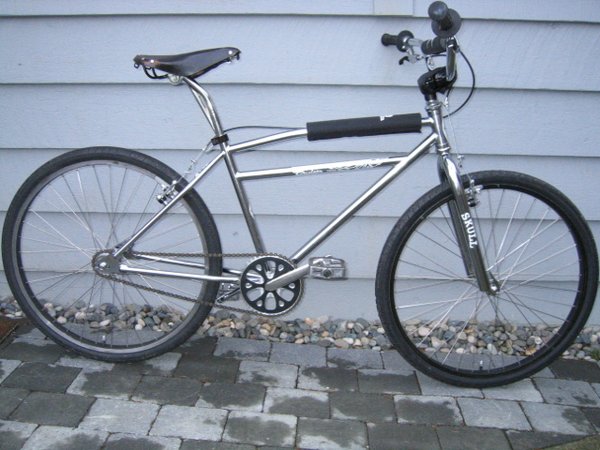 Influenced by the late 70's early 80's cruisers from companies like Cook Bros,  MCS, GT, Littlejohn, S&S, Bassett, Powerlite and Laguna, the Skull Skates chromo cruiser fuses beach cruiser style with BMX performance and quality for the most rippin times on the street or trail. This bike will be available in spring 2007 as a complete bike or as a frameset in very limited Quantities at www.skullskates.com

More Bikes From flowdart (11 bikes in museum. View all)