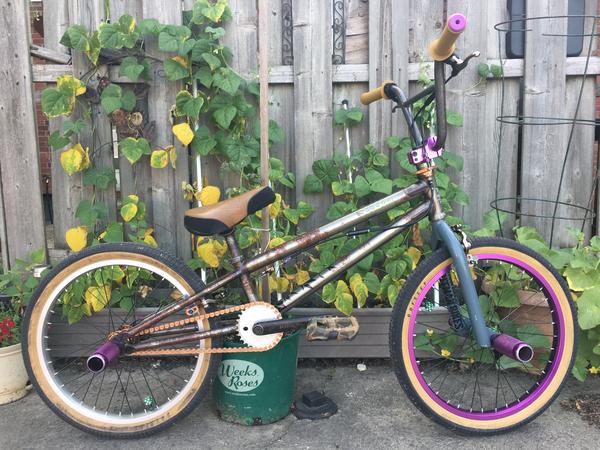 Prototype frame made for Cory Jarmen

This bike was made prior to Cory Jarmen riding for Blackeye, it predates the Killorado but was never put into production. This was one of 2 bikes made and the only survivor of the duo as the other was ridden until extinction. I was given this frame by ex-Season rider Troy Merkle as a gift. At his request he asked the frame not be redone but to leave it as is with the patina and all. Most of the parts were sourced from him

Here’s a build thread I did with a little write up on some of the history of the original Ohio based Season bike co.