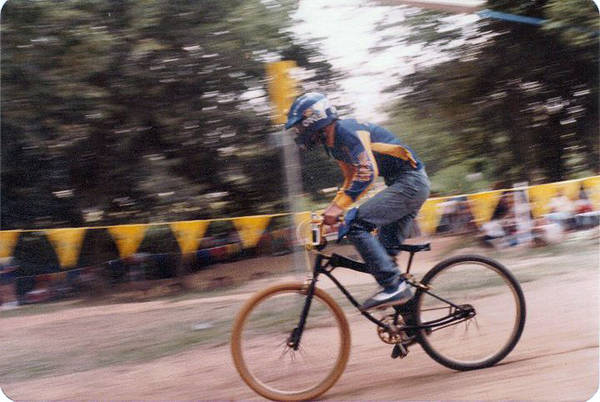 Thanks to Marty Brown there are three photographs of my first BMX crusier. It started life as a 1964 model 24" Sears Spaceliner. I found the frame in 1981 and started building a cruiser for BMX racing. It was cut down, braces added for support, and headtube angle modified. Low-end bmx forks, 26" Araya 7X rims, yellow snakebelly 26" tires - sometimes a street black wall tire was run in back as in photo. Seat was a Uni-seat it also had low-end handlebars and clamp as well as Suntour gears and Dia-Compe brakes front and rear with TerryCable cables. Although it had many wins, I am a poor welder and the frame eventually let go at a NBL National race and was thrown away.

More Bikes From ReddyZ06 (4 bikes in museum. View all)