Diamond Back is a huge influence in BMX

In the late 1970's & early 1980's Sandy Finkelman of Wheels n' Things was taken on to lead the Diamond Back BMX race team & product development division.

Under his leadership 'Scary' Harry Leary & Eddy King won many of the top US BMX races in the 1980's & helped develop new models that had unique features like the Turbo dropout & Diamond gusset.

Also, 1983 saw the introduction of the Viper model, a name that has been in the Diamond Back BMX line up for over three decades.

Today Diamondback has a renewed focus on dirt & street BMX styles with riders from the UK, Europe & USA competing in major events such as the X Games & Dew Tour.

WSI, an importer in So Cal was accidently sent a few Raleigh Bicycles. They were told they could keep them if they removed the labels. This sparked an interest in importing bikes & Diamond Back was started. DB stands for "Dirt Bike". So many greats..Harry Leary, Eddy King, & more..

1977 to 1993 "Diamond Back"
1994 to Now "Diamondback"
Diamond Back Bicycles was founded as a BMX brand in 1977 by Western States Imports in Newbury Park, California, which sold bikes under the Centurion (bicycle) brand. Early in its history, the brand name was "Diamond Back" & over time this changed to "DiamondBack" & then to "Diamondback"
https://oldschoolbmx.uk/diamond-back-bmx-frame-identifier/ 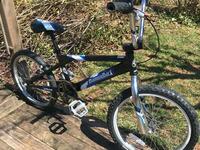 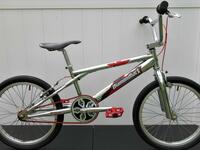 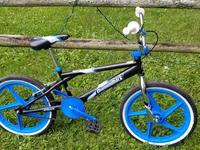 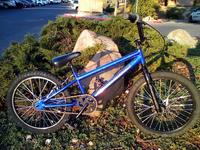 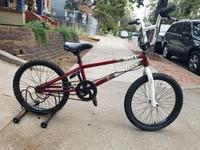 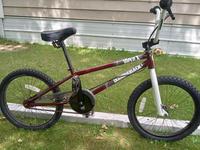